With the onset of freezing weather, users’ complaints about the incorrect operation of iPhone smartphones have become more frequent. According to users, in subzero temperatures, mobile devices are discharged much faster than usual, or they turn off completely unexpectedly. Why is that? 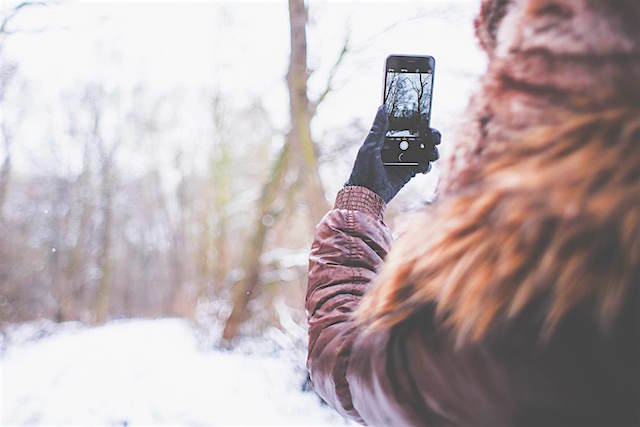 ♥ ON TOPIC: Why do Accept and Reject buttons disappear on an incoming call on iPhone?

Why the iPhone slows down and turns off in the cold

Problems with the operation of the iPhone at temperatures below zero are not far-fetched – the harder the frost, the worse the communicator works. In the best case, the user is expected to fail in the system, in the worst case, the device will signal a low battery and turn off. However, there is no reason to express dissatisfaction with the incorrect operation of the gadget – on the Apple website there is a message that the stability of the operation of “apple” smartphones and tablets directly depends on the air temperature. It also directly states that if the thermometer falls below zero degrees, the devices may malfunction.

Nevertheless, despite the fact that at low temperatures the communicator signals a decrease in charge, it remains the same. The fact is that in the cold, the density of the gel-electrolyte in the battery of the device changes, which affects the speed and quality of the gadget. At the same time, the battery controller captures the changes and recognizes them as a decrease in charge, followed by an automatic shutdown of the smartphone.

Apple says the ideal operating temperature for iPhones and iPads is between 16 ° C and 22 ° C.

The frost also affects the operation of touch screens. When the device freezes, the screen starts to “slow down” noticeably. Only AMOLED displays are not strictly dependent on the external temperature.

See also  How to set any song on an iPhone alarm

Unlike Apple, which strictly regulated the ideal temperature range for working with its gadgets, falling outside of which the device may lose guaranteed service, competitors do not set similar rigid limits. So, gadgets from a number of manufacturers work without failures and at temperatures below -10 ° C. But at the same time, one must understand that the limitations of the “apple” company are dictated not by flaws in the technologies used, but by the notorious desire to create ultra-thin smartphones and tablets. Decreasing the thickness of devices affects their operation at low (below zero) or high (above + 35 ° C) temperatures.

♥ ON TOPIC: 20 iPhone Features That Can Be Disabled for Most Users

Nevertheless, it is quite possible to avoid problems in using iPhone smartphones in severe frosts. To do this, you need to understand that the device will not be able to work on the street for a long time, and therefore you should limit the time of interaction with it as much as possible. It is also advisable to carry your smartphone in an inner pocket of warm clothes or in a case. Even the simplest silicone case can significantly extend the operating time of the gadget. The best option would be to buy a thick felt case for the iPhone communicator, which will save the device from the undesirable consequences of being in low temperature conditions.

It can also help prolong the operating time of the “apple” communicator by running a resource-intensive program or game in the background, which will increase the temperature of the microchip and, consequently, affect the overall temperature of the gadget.

But what if the iPhone still turns off after being out in the cold? First of all, you need to remember that it is extremely undesirable to dry it yourself and connect it to a charger. Better to leave it in a warm room for 1-2 hours. During this time, the gel in the battery will return to its original state and the condensation will dry out.

If there is an irresistible desire to recharge the frozen gadget without fail, then you should know that a sharp temperature drop can cause deformation and depressurization of the smartphone case and further fire or explosion of the device due to the reaction of lithium and oxygen. Apple will not pay the loss from such an incident, because, as already mentioned above, the company disclaims responsibility for the operation of the device if it was in conditions of low or high temperature.

♥ ON TOPIC: How to maximize battery life on iPhone and iPad – 25 Ways.

How to use an iPhone in cold weather