German illusionist Simon Pierrot is known for his great love for the iPad. Over and over again he takes the “apple” tablet and shows the audience SO that the complete impression is created – the Apple gadget has acquired supernatural capabilities! 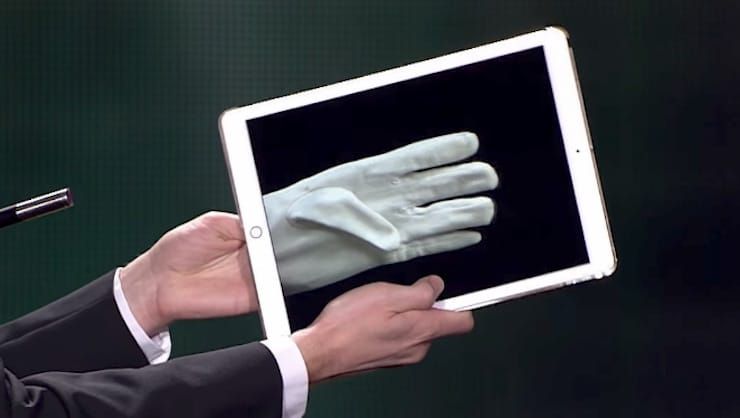 Instead of writing a letter to Santa Claus, a 10-year-old boy named Aiden sent a message to Simon Pierrot asking him to make a YouTube video with magic tricks about Christmas.

Pierrot not only responded to Aiden’s request, but also used in his unique magic on the iPad a child’s drawing of Olaf, the character of Snowman from Disney’s cartoon “Frozen”.

Simon Pierrot’s tricks are amazing when you consider that he doesn’t get any help from Apple to create his iPad illusions.

If the video above is your first exposure to Pierrot’s magic, check out some of his work below on this page.

Simon Pierrot uses the iPad as an old top hat from which the wizard draws everything from live snakes to Oscar statuettes for astonished passers-by on Hollywood Boulevard.

Even monkeys are confused by his tricks.

In 2017, Pierrot presented a number called “A Cardini Trubute” – in honor of the famous British magician of the early 20th century, Richard Pitchford, better known under the pseudonym “Cardini”.

In the video, which is almost four minutes long, Pierrot uses the main hallmark of Cardini – a white glove. He hides his hand behind the iPad – and as if “puts on” a glove, and then begins to do incredible things with it. Look – it’s worth it!

By the way, Simon has his own YouTube channel. More than 300,000 people have already subscribed to the illusionist, and users have already played his video about 85 million times. No wonder – there is a lot to see there.

A few other videos of iPad-assisted magic tricks from Simon Pierrot: