Most of the objects around us seem familiar, we know what to expect from them. This is why game designers are trying so hard to come up with new mechanics. But we have at our side a simple and amazing opportunity to create a new and unusual world. Moreover, we used it as a child. It’s about shadows. 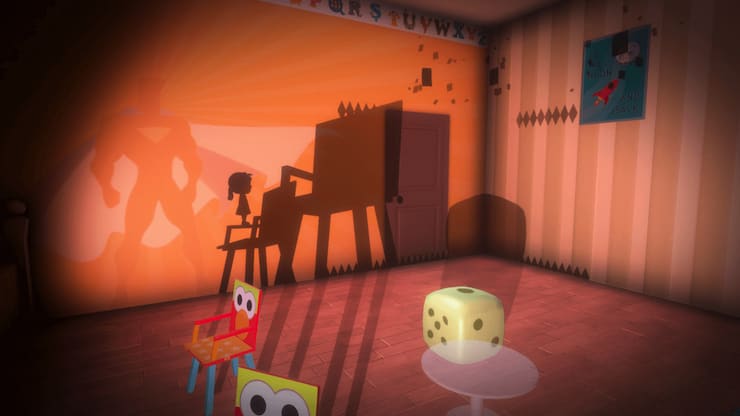 Even familiar objects create bizarre images, and our hands can easily “paint” animals or birds on the wall. Games based on shadows and on the play of light are not so common. Yet this opportunity, although it promises a lot, requires accuracy and care. It can be stated that the creator of the puzzle platformer In My Shadow managed to assess the capabilities of this mechanic and create an exciting game based on it. 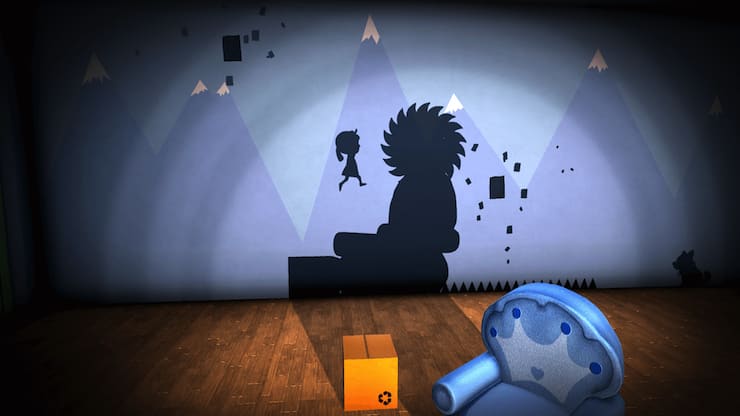 I must say that the initial acquaintance of the player with the plot does not promise exciting adventures. And the design of the game seems laconic. In the end, though, In My Shadow unfolds, offering stunning self-solving puzzles, quirky mechanics, and a simple yet sweet story. You just need to give her a chance to drag you into this action. 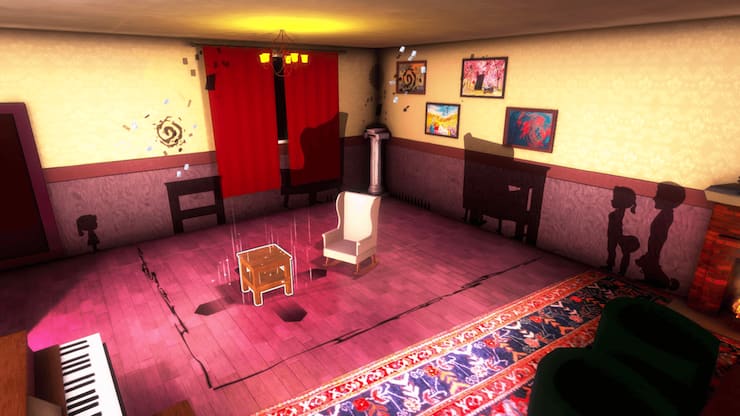 The main character of the game is Bella’s girlfriend. She is not a positive person who will immediately be liked by everyone. Bella regrets a lot of her wrongdoing. In particular, she ignores her father’s messages, but at the same time, memories of her childhood and parental home are important for her. After all, then the girl was surrounded by warmth and love, and the rooms were so large. 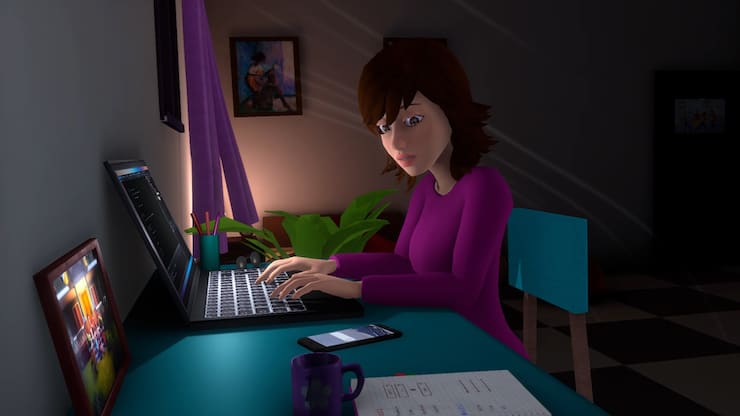 However, many mistakes were made even at that time. And what then seemed small and insignificant, ultimately played a serious role. The player will have to put together all the pieces of this story, the ending will definitely be touching. 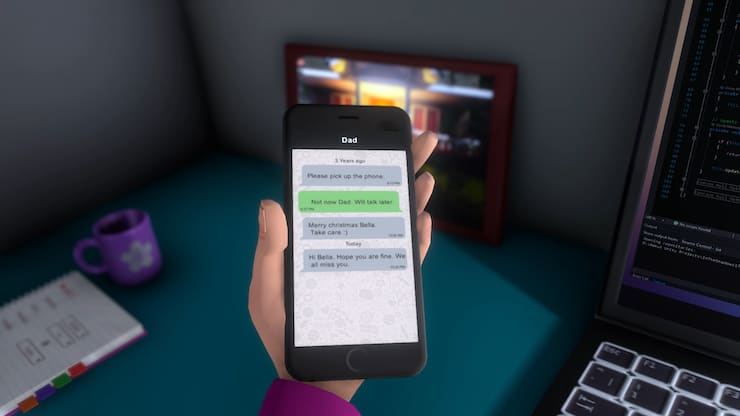 In My Shadow, the story is told with cutscenes, narrated by Bella. The game itself is divided into five parts. Each of them has several levels of puzzles, with all the mini-games of each part taking place in the same room. The passage of the stages takes place in the context of Bella’s memories of the events that took place in this place many years ago. And what to do is easy to understand. Our object of control is a child’s shadow. She needs to collect pages of memories, and then make contact with another shadow at the other end of the level. The task seems straightforward. 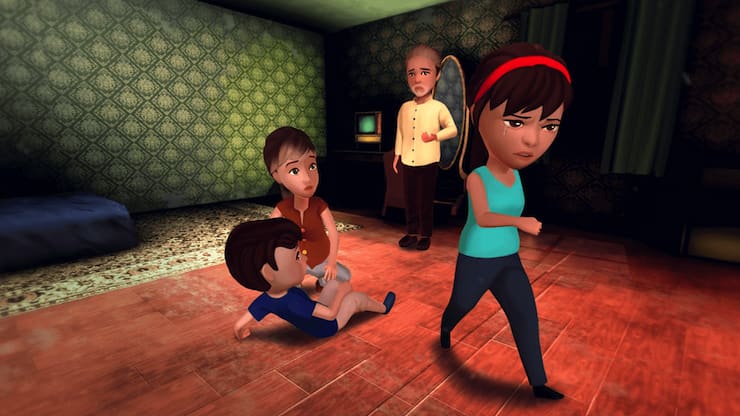 Puzzles, as you could already understand even from the name of the game, are based on the use of shadows from objects. With the help of the created forms, Bella can climb onto the platforms and jump from one to another. But the most interesting thing is to understand how to pave the way. And if games that work with shadows give you control over either a character or a light source, then In My Shadow has both options. The control of the girl herself is most understandable. She moves like a typical platformer, only knowing how to walk or jump. The other mechanics of the game are the most important.

We are given the ability to manipulate objects in the room. At each level, there are from one to four such items that you can move around the space as you like. And light sources create shadows depending on the location of each object. The player can also change the size and shape of the shadow by moving objects closer or further, or by rotating them. And one of the main “chips” of the game is its variability. There is often no single way to complete a stage. You will have to figure out how to create the desired shadow, and the field for experimentation is already provided by the game. 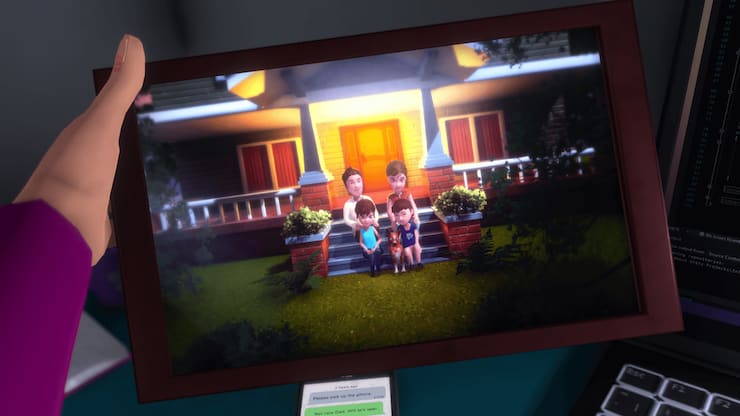 It seems that the feature of the gameplay is the simple positioning of furniture. It is necessary to place objects so that through their shadows Bella could reach the pages. But gradually new mechanics are introduced that change the way you achieve your goal. Very soon, the player will encounter spinning saw blades and spikes. Contact with them resets the passage of the stage.

At some stage, a second light source will appear, which means that each object will cast shadows on two walls at the same time. Objects will have to be moved with the utmost care to be able to use two projections. Accuracy of positioning becomes very important. The shadow will be higher or far away – the girl will not be able to jump there. But the jump height is always fixed – you have to think about how to lead Bella under the spikes.

With each new level, the mechanics become even more complex. Fragile and breaking objects appear, and only legs form shadows on glass tables. And at some levels there are static objects, they will have to be bypassed. Other items can only be moved in one direction. Rotation must also be done carefully, taking into account all the bends and shapes of the object.

It is worth noting the maximum detail of the cast shadows. We’ll have to think about how to form the optimal path for Bella. The levels are quite varied, so the passage will not be boring. And in the last part you will have to control two characters at once, which is even more interesting.

In My Shadow doesn’t pretend to grab your attention for days and weeks. Its full passage in a leisurely mode will take 4-5 hours. If you set yourself the goal of breaking a certain record, then you can cut this time in half, but why? The duration of the game allows her not to get bored, and have time to fall in love with. The puzzles themselves are quite interesting, passing them deservedly causes a feeling of satisfaction. The difficulty in In My Shadow is just such as not to scare off and intrigue the average user.

This is a very pleasant and clever game with non-trivial mechanics, which, moreover, form a certain message with its plot.