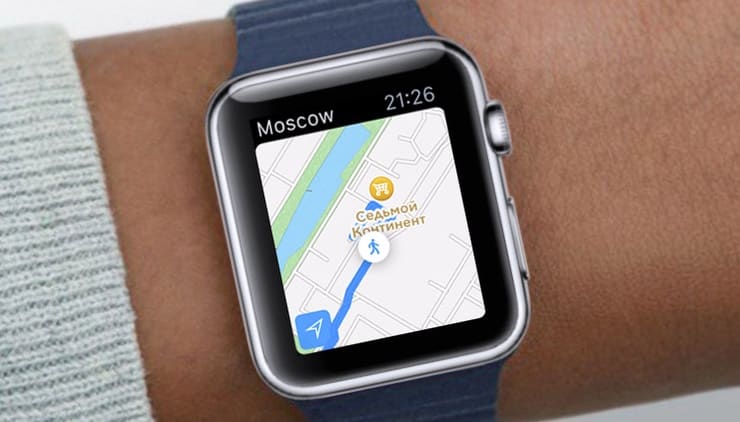 Starting with the second generation, Apple Watch smart watches have received an enlarged battery, which significantly extends the operating time of the gadget. However, for some users this is not enough and they want to extend the battery life of the watch even more.

It is logical to assume that for this you need to disable such power-consuming functions as GPS navigation. But how can I turn off GPS in the watch settings and can it be done at all?

♥ BY THEME: Apple Watch Series water resistance (all models): can you swim and what you need to know.

Can I turn off GPS on Apple Watch?

In short, no, there is no option to disable GPS in the Apple Watch settings. The fact is that the watch itself turns on and off this function depending on the situation…

Of course, Apple understands how demanding in terms of power consumption a GPS chip can be, so the watch only uses it in certain cases.

For example, if a user has an iPhone with geolocation enabled, the watch will receive location and movement data from it, thereby saving power. Many users mistakenly think that if you turn off geolocation on the iPhone, it will turn off on the watch, but in fact it has the exact opposite effect.

In addition, when training mode is on, GPS will only be used when navigating in open areas. Thus, when jogging, as well as swimming in the sea or lake, location determination will be turned on, but in the case of training in the gym or pool, it will be turned off.

In other words, the Apple Watch simply remembers the GPS data it received from the iPhone during the last sync session. Naturally, you start a workout, for example on a run, leaving your smartphone at home or in the car, and after finishing the workout, when you are again next to your smartphone, Apple Watch will automatically sync with your iPhone, and all the data of the last workout, including the route of movement, will be available. in the Activity application (in the Workouts tab).

If GPS is required for third-party applications, it will only be activated for the duration of the actual positioning.

In case you notice incorrect operation of GPS on Apple Watch (it does not accurately track the location or calculates distances), then you need to calibrate the smart watch according to these instructions.

At the same time, Apple is not positioning the Apple Watch as a watch with improved battery life. This is due not only to the brighter display, but also to the fact that the operating time directly depends on the user’s lifestyle. After all, people who often run in open areas or swim in open water may not notice a significant difference.