For some time now, the convenience of the iOS interface has ceased to be a decisive advantage. MIUI and Coloros no worse, and in many ways even better: they copy the best features of the Apple system, but offer fine-tuning and a transparent process for the user.

And in them you can change the look. However, every Android user can turn their smartphone into an iPhone.

It is enough to install several programs, and even an avid fan will not be able to distinguish the Google system from your favorite platform. Now we show how.

What iPhone will we turn into?

Given the ability of Android systems to modify and the long-standing dream of users to get a cool smartphone for minimal money (we will not take scam into account), the topic with the transformation is very old.

Therefore, today, in 2020, everyone can create Android with iOS 6 on board. Traditionally, all major versions of the interface from version 6 to version 13 are available.

However, the means to achieve the goal differ depending on the selected interface. For older versions, it is better to choose Launcher iOS 12/13.

The transformation algorithm is simple:
1. Install the launcher from the Play Store or an alternative store.
2. In the system settings (Settings -> Default apps -> GUI) indicate the used launcher.
3. We use it.

ATTENTION: The editors are not responsible for the use of third-party software. The selected program will completely change the interface from the desktop to the settings menu.

That is why the latest version Launcher iOS 13 will be the most interesting choice: the program supports a dark theme, simulates the operation of 3D touch with a long press.

In addition, the application contains its own dock bar and a set of icons from the corresponding version of iOS. Launcher iOS 13 developers give you the opportunity to use a set of icons from your favorite system without installing a launcher. Erzatz imitation, but someone will like it.

The installation will result in a familiar environment, but based on stock Android applications.

Also, the Android shell leaves the basic set of functions, does not change alerts, curtain and lock screen. In addition, a number of questions remain on small tweaks.

Nevertheless, the external similarity is very large – sufficient for a “soft” transition between platforms. 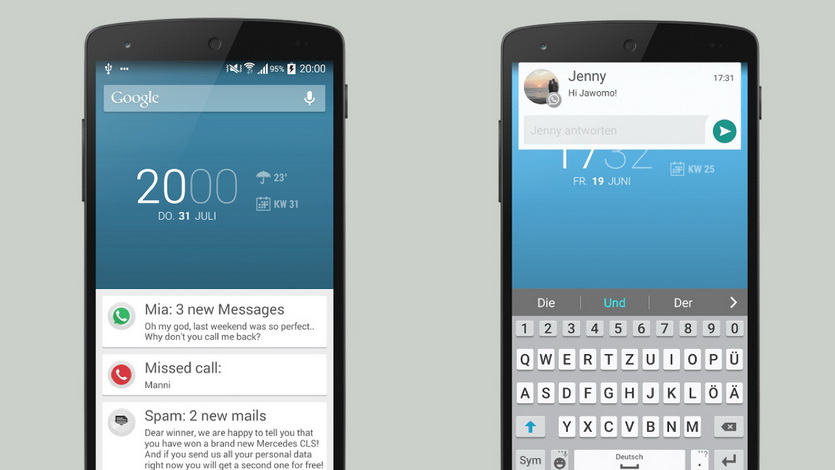 None of the current launchers can correctly display iOS alerts. Therefore, to simulate, you will need a separate program, for example, iNotifier X or Floatify. With its help, all work with application signals will become exactly like on iOS 11 and above. But there is a nuance.

On versions of Android above 8.1, for the correct operation of custom notifications, you will need to disable all stock notification displays.

To do this, go to Settings -> Applications and notifications and here disable all the corresponding checkmarks. Those that do not turn off – turn off by long pressing while appearing in the curtain.

ATTENTION: when using Floatify, the method does not work.

Imitation of curtains and status bar

To get an almost complete imitation of interaction with real iOS, you can’t do without a status bar.

Unfortunately, this is not included in the standard launcher package, so you need a separate application: Shutter iOS or Notify X.

Separately, you can simulate the menu for interacting with headphones: with this mod, any headphones will connect as if they were native AirPods. 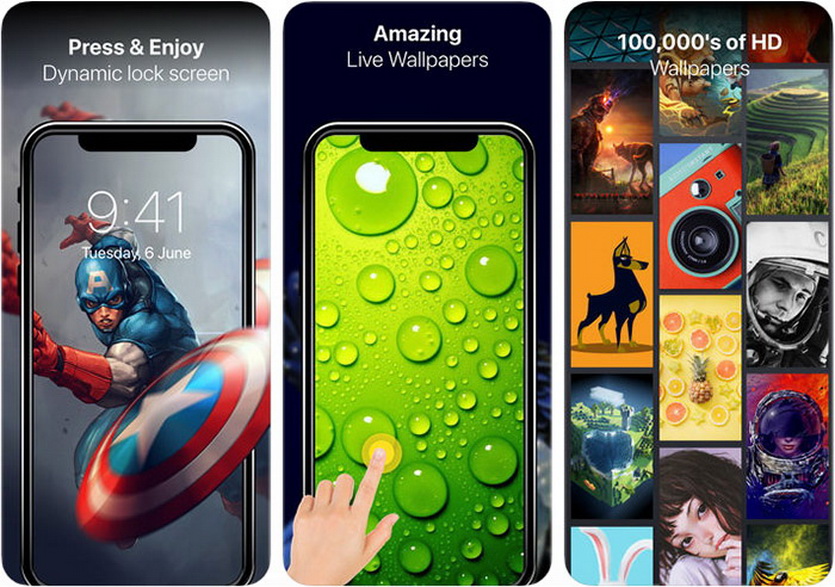 Perhaps the easiest point: just download the archive through the Google Photo application and install the picture you like.

The folder is updated by the owner as the stock wallpaper updates. Perhaps the most difficult element in the “transformation” of an Android smartphone into an iPhone will be the replacement of boot animation.

In order to use this picture you will need to get root-rights and / or install a custom bootloader (TWRP). If the condition is met, just drop the archive into the media folder of the boot partition.

Attention: It doesn’t work on Android 8.0 and higher, since in these versions the native boot screen will still be present.

Later versions of Android require the use of the Lock Screen XS application. However, its performance is not guaranteed.

An exact copy of the keyboard from iOS does not exist. Most similar to the native Keyboard for Os13, but its performance is not guaranteed on all smartphones.

Another option might be a paid SwiftKey with a Huawei theme. But she has no dark theme.

Which GBoard has, at the moment it is best simulating the same set of swipes for which they love the keyboard in iOS.

And only she, among all the options, has the correct dark theme, which, just a minute, on Android really allows a decent battery saving. ATTENTION. Applications simulating stock iOS-programs are private developments and are not present on Google Play. Installation is made by the user at your own risk. The editors are not responsible for their use.

On the thematic forums, you can find almost any application that mimics the analogues from iOS. So users W3bsit3-dns.com created a number of applications that are similar in detail to those used in iOS.

Installation is carried out as follows:
1. You must allow the installation of applications from unknown sources (Security -> unknown sources)
2. Download the apk file at the above or another link and install it.
3. Assign the program to perform the basic function (Default apps)

Using other applications, you can also change the smartphone model in the settings and completely hide the mention of Android. However, their use is fraudulent, so we won’t give even explicit references to the source. The methods described above work on any Android smartphone. However, there are obvious clones of the iPhone, which similar changes are even to face.

Among them, stands out clearly Xiaomi Mi 8 (MIUI is very similar to iOS), because at the moment it is the only smartphone on sale with a front IR camera. You can consider other devices, but no one else offers the corresponding opportunity, limiting the user to a back cover similar to the iPhone X / Xs.

Clones will appear soon iPhone 11. But still it’s better to buy an iPhone – only iOS can be better than iOS. Or normal branded Android.