A collective photo often has a rather important function – to capture a certain occasion or event in which friends, colleagues, relatives have gathered, and this picture can remain for them a source of pride and memories for many years. Therefore, in such cases, it is not enough just to stand nearby, hold hands and press a button.

You don’t have to hire a professional photographer with expensive equipment to take a good group photo. For ordinary cases, any modern smartphone equipped with a good camera, a little diligence and at least minimal knowledge that you will learn from this material will do just fine.

1. Think over the composition 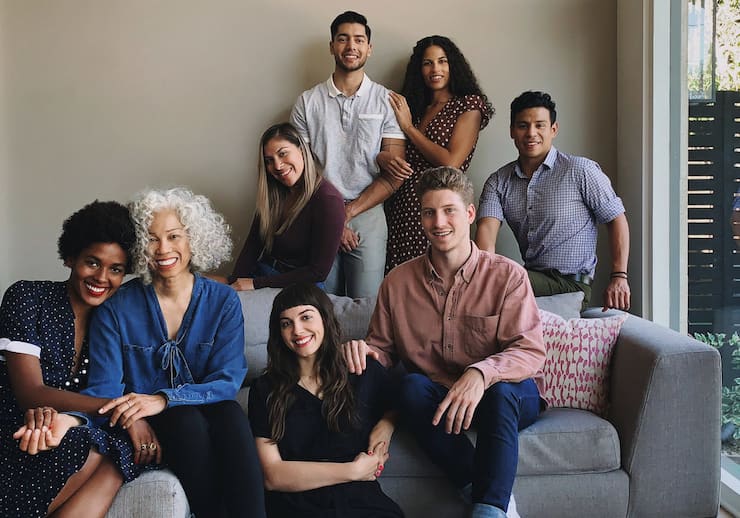 You’ve probably noticed that most group photos are not posted on social networks by everyone present. Someone frankly did not work out, someone can hardly be seen in the background, and someone’s face was completely obscured by the hand of a neighbor. To avoid this, you need to think over the composition in advance and do not hesitate to arrange people according to your own idea, and not the way they want it.

In this case, it is necessary to take several (or preferably a dozen or two) photos in order to subsequently choose a really successful one. Yes, a somewhat prolonged filming process will inevitably cause dissatisfaction among some of those present, but the result is worth it.

♥ ON TOPIC: Continuous shooting on iPhone and iPad: how to take 10 frames per second and choose the best image. 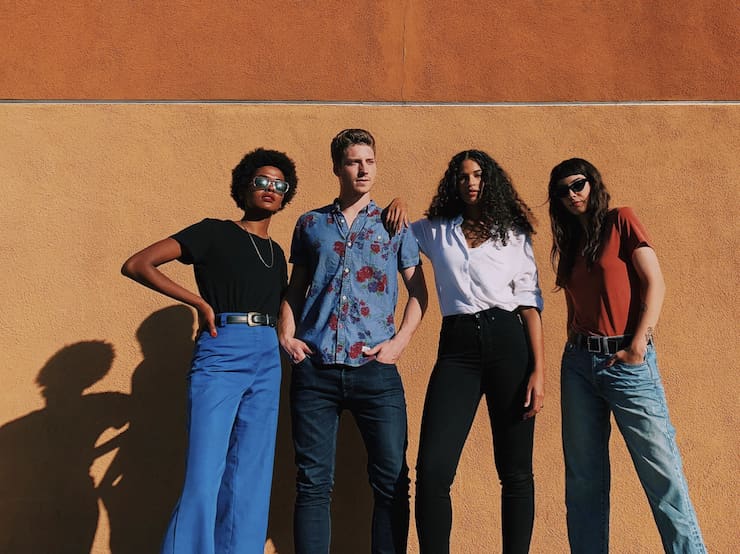 A common mistake found in many amateur photographs is the background, which “eats” part of the viewer’s attention. That is, an inexperienced photographer chooses a complex architectural ensemble or, for example, a beautiful landscape with a lot of detail as a place, while the main subject of the composition should be people.

See also  How to transfer contacts from a SIM card, Gmail or phone to iPhone and iCloud

The background for a collective photo should be somewhat monotonous and even boring, if this is a room, then they are usually filmed just by the walls, on the street the sky, lawn, field, pond, snow-covered mountain, etc. will become an ideal background.

♥ ON TOPIC: How to Take Cool Black and White Photos on iPhone: Tips and Best Apps.

A classic group photo with people lined up (or several) has very little to do with a good shot. Such a composition rarely looks natural and hardly able to attract attention to itself. If you are not photographing footballers before a match or soldiers before swearing in, then it is better to broaden the perspective by placing people closer and further away from the photographer, while not creating large gaps between them in the horizontal projection.

In addition, you can use surrounding objects, for example, an open gate or a door in the background can further deepen the shot. Thus, you will achieve the volumetric composition.

♥ ON TOPIC: How to take photos correctly: 12 simple tips for those looking to improve the quality of their photos. 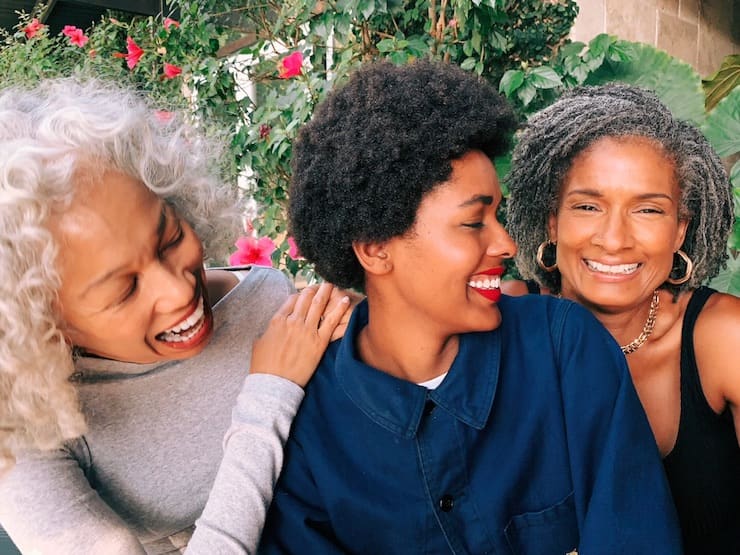 In most cases, it’s best to have the people in the photo hugging, holding hands, and creating as little white space as possible. At the same time, professional photographers often ask models to communicate with each other during shooting to create an atmosphere of ease and naturalness. 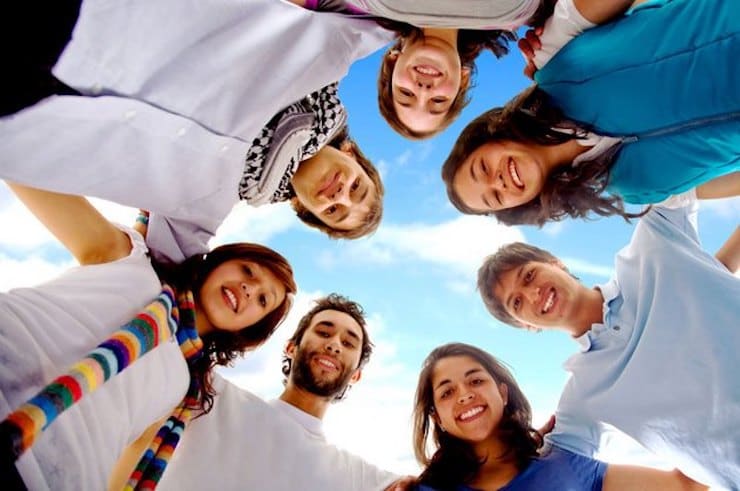 ♥ ON TOPIC: Color Accent: How to change individual colors in a photo to black and white on iPhone and iPad. 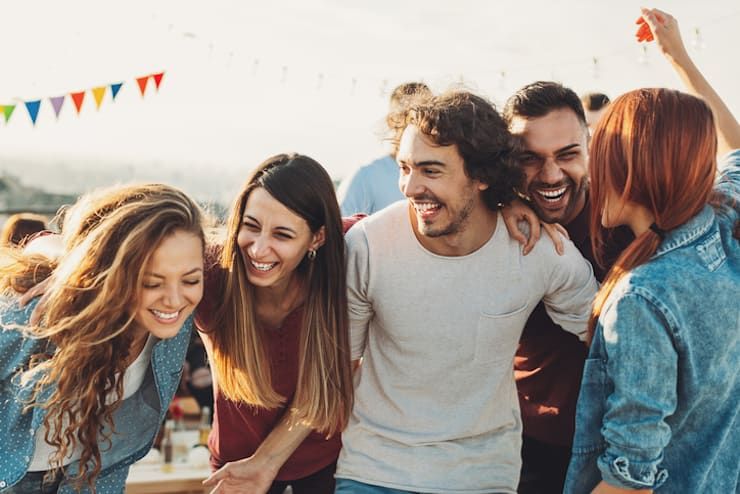 Shoot on a count of three, as is usually done, but start shooting from a count of one, you are more likely to catch more natural faces and smiles before everyone tries to portray what they think is the most photogenic facial expression. Many successful collective photos are the result of the manifestation of imagination, for example, group photos in a jump are quite popular nowadays.

See also  Mail Drop on iPhone and Mac: how to use (detailed instructions) 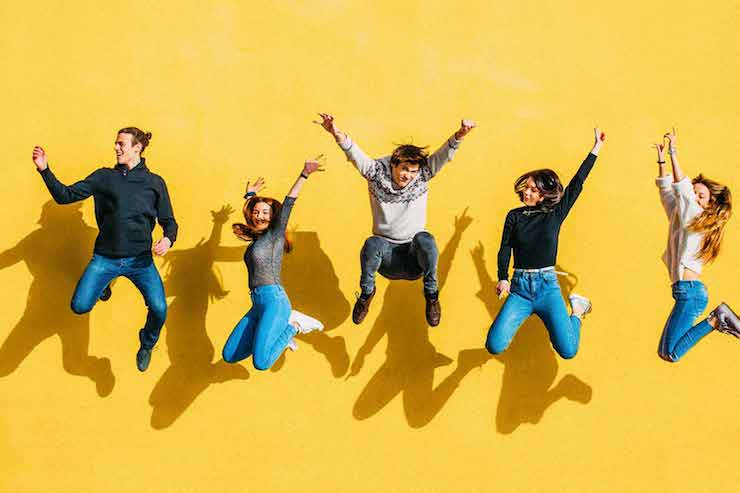 ♥ ON TOPIC: Photoscan from Google for iPhone, or how to post old paper photos without glare on Instagram.

Of course, it is very difficult to take a good group photo handheld, so it will not be superfluous to have a tripod with you. For example, for such (and many other) purposes, you can purchase a portable folding monopod tripod, which is useful for every iPhone lover and will not make a big hole in the budget (buy). 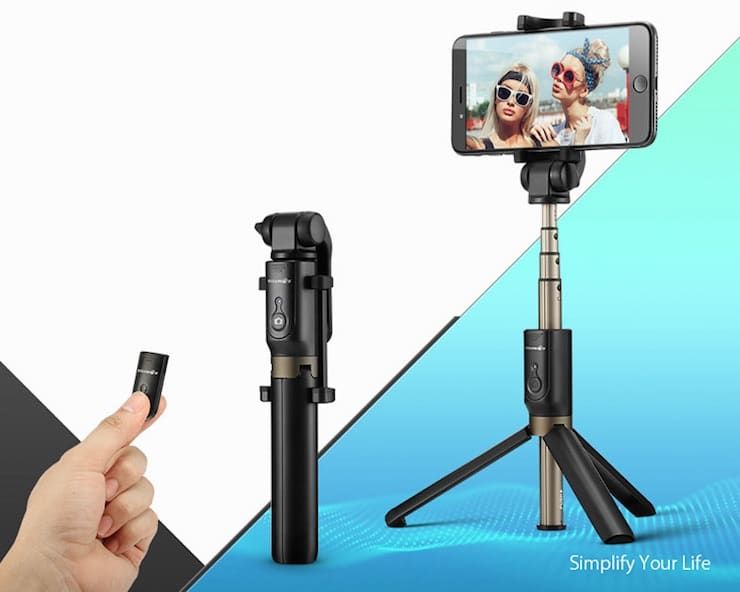 Another very popular and inexpensive option is a spider tripod (octopus), which can be mounted on literally anything. Such an accessory is worth a mere penny, but it can come in handy at any time (buy). 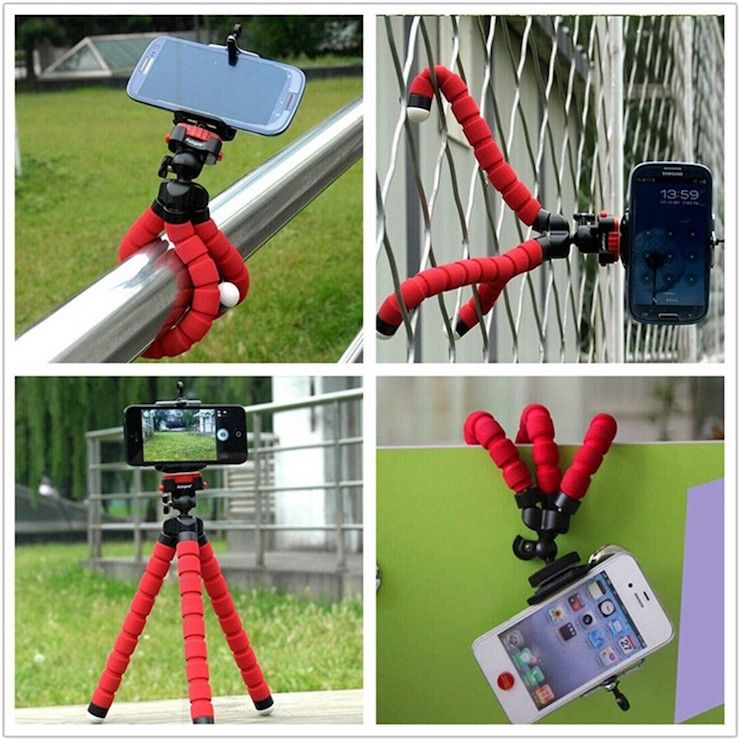 Naturally, the photographer also wants to be present in the frame and for this you can use a delay, but making a high-quality picture in this way is quite difficult. It would be much better to get hold of an inexpensive remote control, which will also allow you to take remote selfies (buy).

Additional optics will help to make the group photo original. For example, a wide-angle lens or a fish eye. For those who like to shoot on an iPhone (or other smartphone), a set of lenses from Apexel “6-in-1” in a neat compact pencil case (buy) will be a great help. 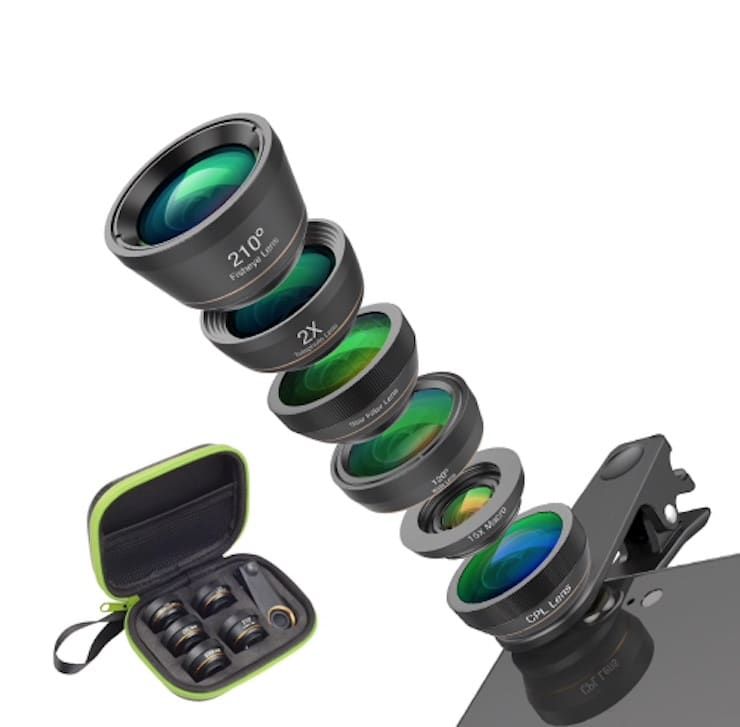 ♥ ON TOPIC: How to look good in any photo: 5 simple tips.

In the App Store, you can find a huge number of programs that will allow you to take a high-quality collective photo and improve it in the post-processing process. For example, Apple recommends using the Smile feature of the app Camera + 2, which releases the shutter only at the moment when everyone in the frame is smiling.

Applications can be used to adjust contrast, brightness and saturation, and apply a variety of filters. VSCO, Adobe lightroom cc or Darkroom…