Windows users are well aware that there is a Print Screen button on the keyboard to take screenshots. But what if this key is not physically present, or is it labeled in an incomprehensible way? Then you need an alternative way to take screenshots in Windows. Moreover, as practice shows, the classical method using the Print Screen key and then inserting an image into Paint is rather slow.

And this is just one of the reasons why the user can refuse to use the Print Screen key. Let’s try to learn how to take screenshots in Windows without resorting to the well-known and classic solution using the helper button.

♥ BY THEME: How to record sound directly from a Windows computer without a microphone (from a browser, player, game, etc.).

To take a screenshot on a Windows computer in the classic way, click the button PrtScr on keyboard. Pressing the Print Screen key will save the capture object (screenshot) – the entire screen, including the taskbar.

Then open a graphics editor, for example, the standard Paint application. Create a new document and click the button Insert, after which the screenshot will be pasted from the clipboard.

In newer versions of Windows, the PrtScr button may be disabled by default. To enable it, open Windows Settings, go to the section Special abilities → Keyboard and set the Print Screen switch to Included… 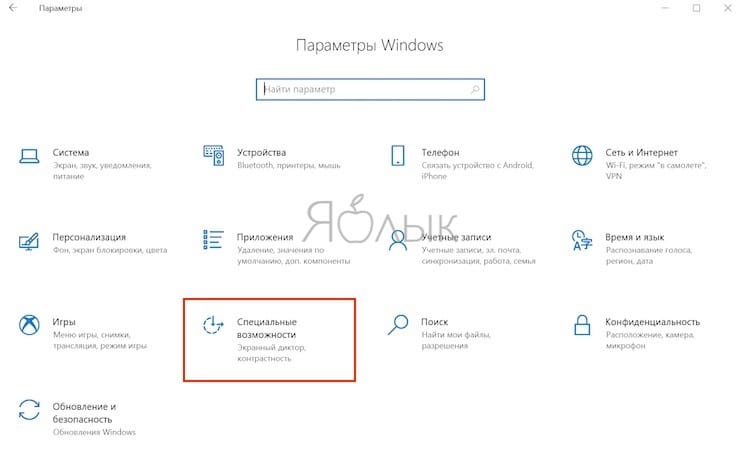 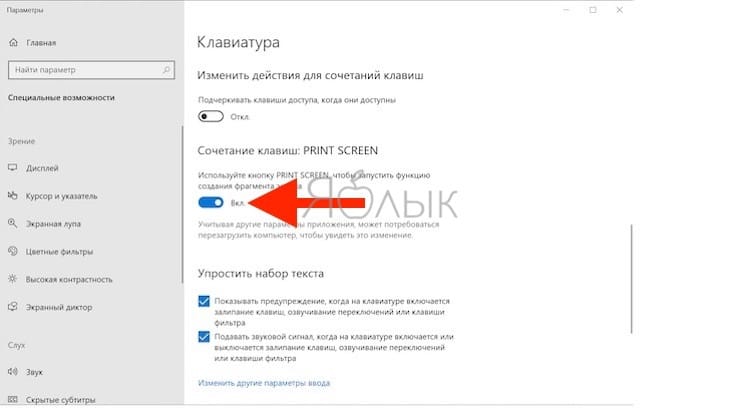 Also, on some versions of Windows, pressing the PrtScr launches a special utility for creating screenshots (more details below).

♥ BY THEME: How to disable Windows 10 login password: working methods.

Any modern version of Windows already has a built-in utility designed just for creating screenshots. It is simply called “Scissors”. With its help, users can quickly take screenshots of the entire screen, as well as its individual parts: windows, rectangular fragments, arbitrary selections.

See also  Is there a Delete key (like in Windows) on Mac (macOS), or how Backspace works on Apple keyboards

Just open the Start menu and select Scissors from the standard Windows programs. Launch the program and you can already use this simple and effective tool.

“Scissors” allows you to take a screenshot of the entire screen, a selected part of it, or a selective window of the active application. The settings for these parameters are located in the tab Mode…

Working with “Scissors” will turn out much faster than pasting a picture into Paint and then cutting out a fragment of it there. It is no coincidence that many users have Scissors pinned to the taskbar for quick access.

And if you are running Windows 10, then you can use the new system utility – “Fragment and Sketch”which is started by pressing the button Print Screen on the keyboard or using a key combination Win + Shift + S…

You can launch the screenshot utility directly from any Windows application.

♥ BY THEME: Darktable is a free photo editor alternative to Adobe Lightroom for Windows, Mac and Linux.

Where are screenshots stored in Windows when using PrtScr and the Slice & Sketch and Scissors utilities?

Screenshots created by standard tools are not saved to the computer, but copied to the clipboard. In order to see the screenshot taken, run a graphics editor, for example, Paint and press Insert or use the keyboard shortcut Ctrl + V. 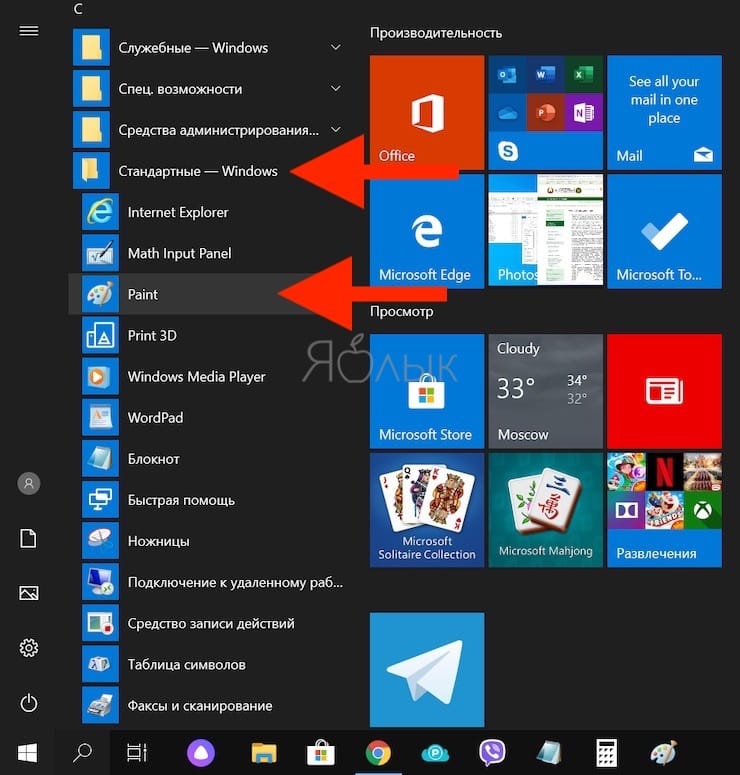 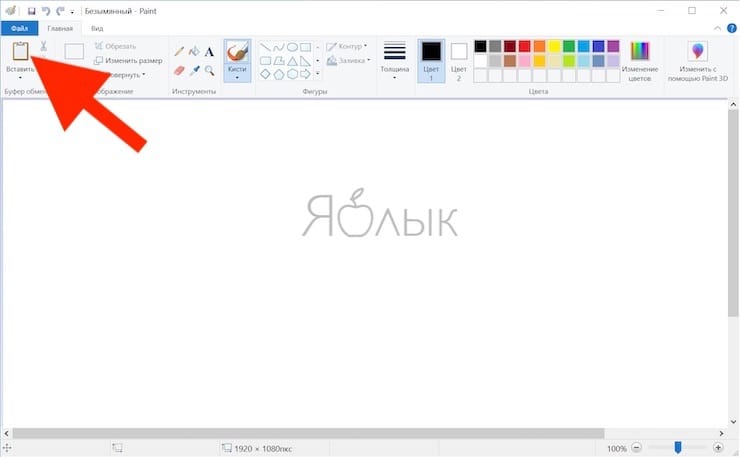 After that, the image will appear in the editor, where it can be edited or saved in the required format. 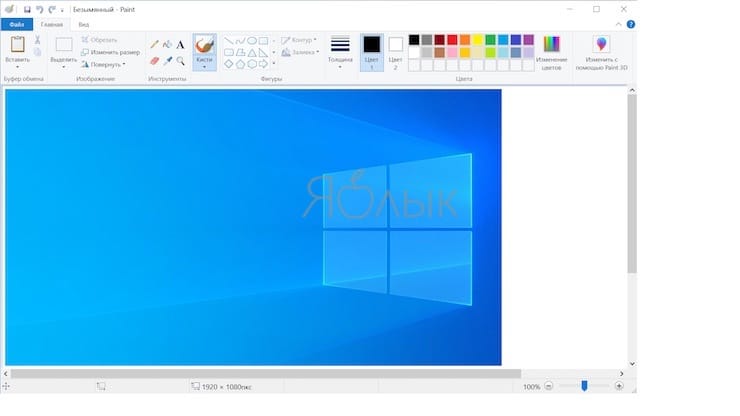 ♥ BY THEME: How to use an iPhone or iPad with a Windows computer: An overview of collaboration software.

The best third-party apps to take screenshots on Windows

And while Windows offers several built-in solutions for taking screenshots, sometimes it makes sense to turn to third-party programs. Yet they offer more control and customization options. Choose the best screenshot tool (links below) and customize your keyboard shortcut.

As a rule, after installing a program, its icon appears in the tray. 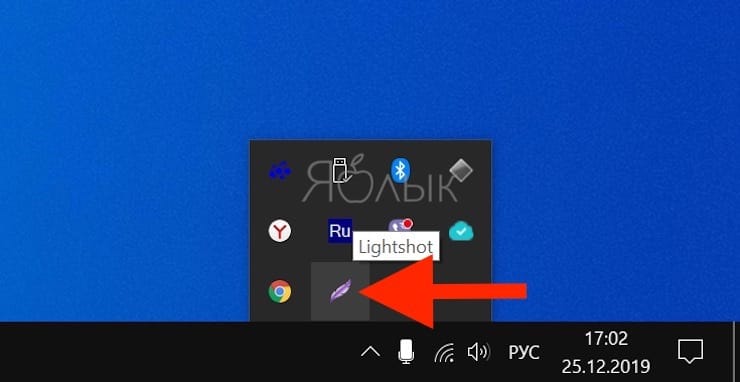 And after taking a screenshot in most of these applications, you can also launch the editor of the resulting picture, in which you can add arrows, footnotes and many other objects that will help explain and describe the picture and even hide the necessary details. 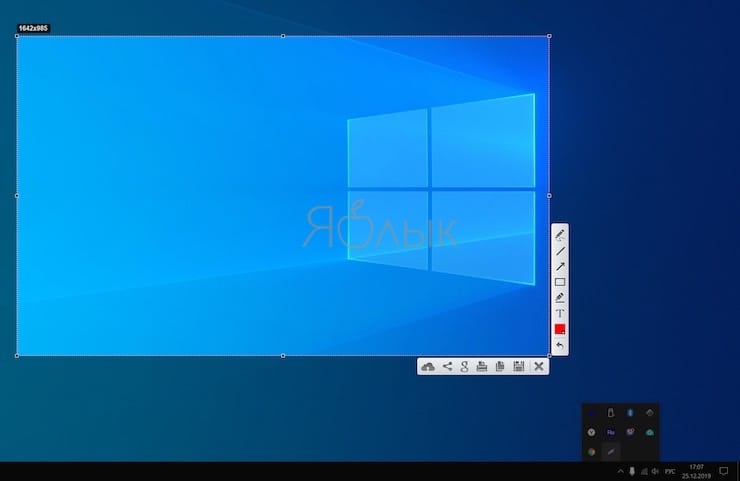 Moreover, almost every third-party screenshot software has the ability to upload the resulting screenshots to the Internet for free and share with users using a link.

With these capabilities, primitive editing in Paint simply becomes pointless.

♥ BY THEME: iCloud on a computer, or how to upload photos, videos from the cloud to Windows and vice versa.

Reassigning a different key instead of Print Screen

If you do not have a Print Screen key, what prevents you from reassigning it? Moreover, there are special tools for remapping keys in Windows. One of them is the SharpKeys application.

With this program you can change the assignment of any unused key. It can be Power or Media Play. They can be temporarily assigned the functionality of the Print Screen key.

This method can be quite useful if you really need a dedicated key for capturing screenshots.

To change the functionality of the key, install, run the program SharpKeysand then click on the button Add… 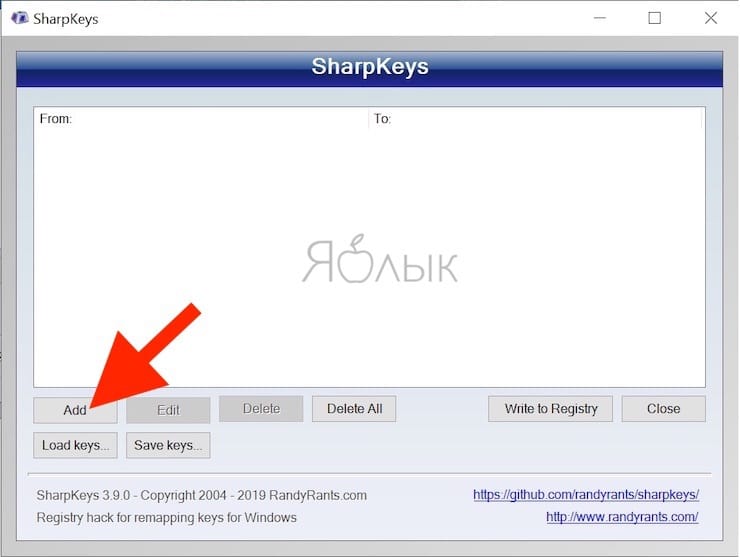 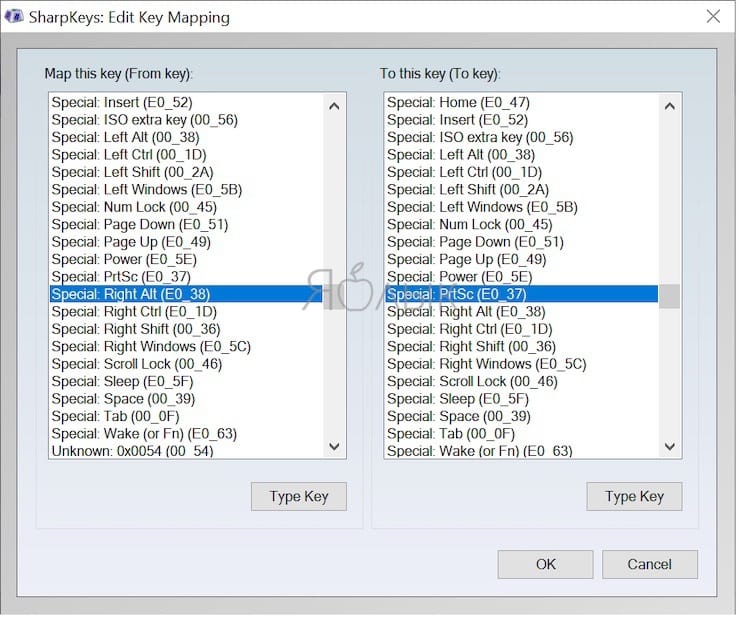 Press the key Write to Registry to write changes to the Windows registry. 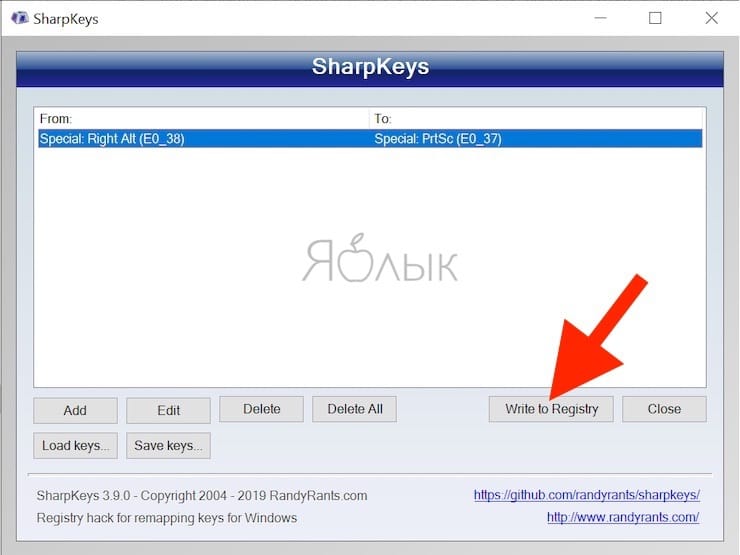 Restart your computer to apply the changes. 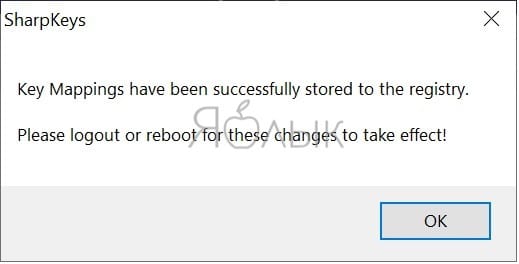 Attention. Before starting to work with SharpKeys, make sure that the remapped key will not be used for its original functionality.

In any case, in the program itself, it will be possible to delete all created changes (the Delete key followed by restarting the computer).

♥ BY THEME: How to install video screensavers from Apple TV on Windows and Mac.

One of the accessibility tools available with Windows is the onscreen keyboard. It will be useful for people who have problems using a physical keyboard or when you need to enter text, but your keyboard does not work for some reason. However, you can also use this solution to access the Print Screen key. Open the onscreen keyboard by typing keyboard next to the Start button in the search box. 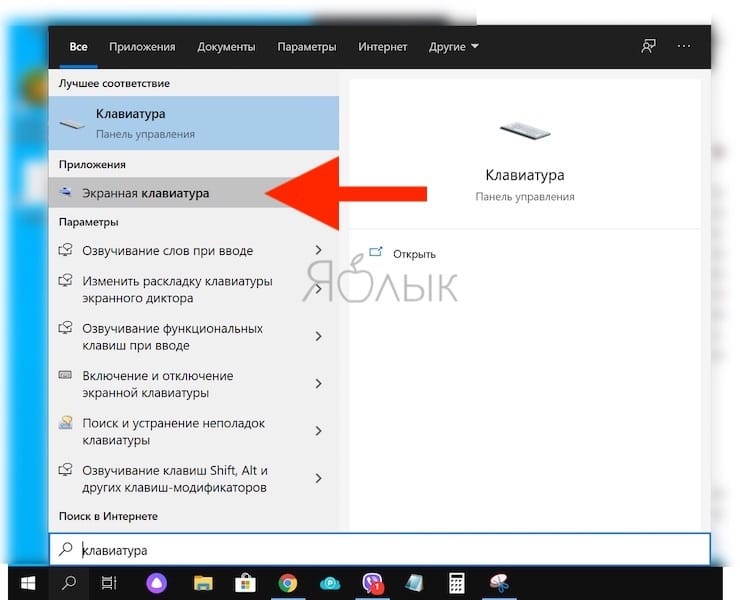 After launching the utility, a regular Windows application window will appear, inside which there will be an image of the keyboard. Press the key PrtScn on the right side of it, and your system will respond exactly as if you had pressed the Print Screen button on a real keyboard.

But such a solution has a drawback – the screenshot will be taken instead of with the virtual keyboard window open.

How to enable screenshots in games in Windows 10

With the game mode enabled in Windows, you can easily take screenshots while playing the game. To activate the option, open Windows settings and go to section Games… 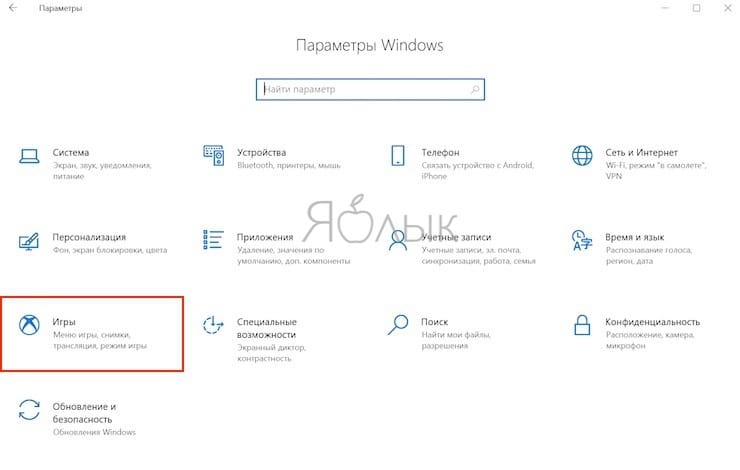 To create screenshots in games, use the suggested combinations or specify your own. 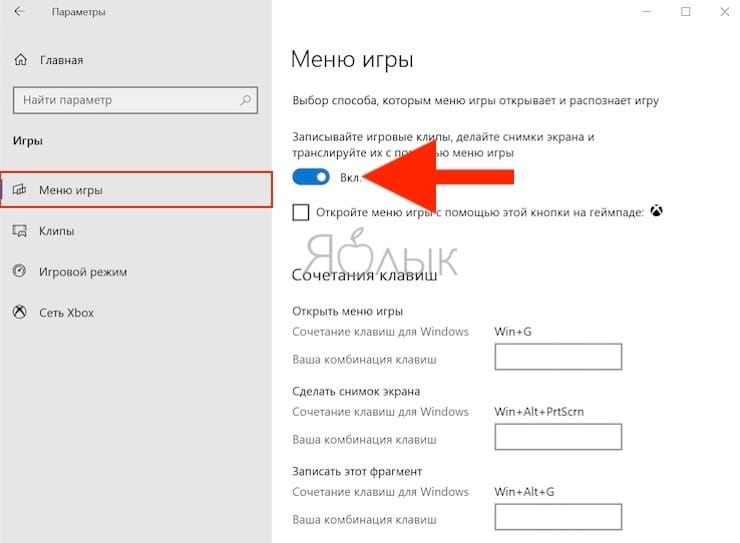 ♥ BY THEME: How to configure Windows to eject USB sticks and drives without using Safely Remove.

With the above methods, you can forget about using the Print Screen key to take screenshots in Windows altogether. Moreover, the alternative methods are faster and more flexible than pasting into Paint. Try one of the suggested options and improve your workflow.