All photos and videos we take with iPhone or iPad contain information about the place where they were taken. It’s about metadata. This information makes it easier to organize and sort your media files. But transferring photos and videos into the wrong hands will allow outsiders to know where you live, work or play. Fortunately, starting with iOS 13, it is possible to easily erase geotags from images and videos before uploading them. 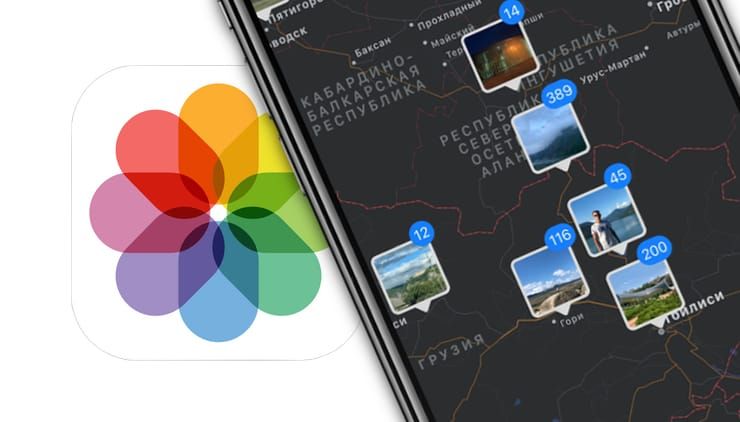 ♥ ON TOPIC: How to find out the GPS coordinates of a photo (where it was taken) on an iPhone.

When someone shares a photo, the information in the form of geolocation coordinates also goes to EXIF ​​with it. The recipient can use the usual Photo application to determine where the picture was taken – at home, at work, or elsewhere. Prior to iOS 13, there were several practical solutions for removing geotagging from photos and videos. For example, you could simply turn off the location service, create a screenshot of a photo, or delete / change the GPS coordinates recorded in the snapshot using third-party applications (links at the end of the article).

However, iOS now has a built-in feature that allows the user to remove location information from a photo, video, or even groups of them. Then the media files can be sent via messages, mail, AirDrop, Facebook, Vkontakte, instant messengers, etc. This will allow the author of the photo not to worry about the fact that someone with negative goals will know your location from the photo from your iPhone.

♥ ON TOPIC: How to view photos and videos taken on an iPhone or iPad on a map.

Deleting location data is only possible in the Photos application. That is why, in order to clear geotags, it is necessary to organize general access to media files directly from “Photos”. In this app, find the album or section that contains the content you want to send. To send one photo or video, simply open it and click the button Share… And to share already several photos and videos, click “Select” in an album or section, mark them all, and only then press the button Share… The panel will open Share to set up data transfer. 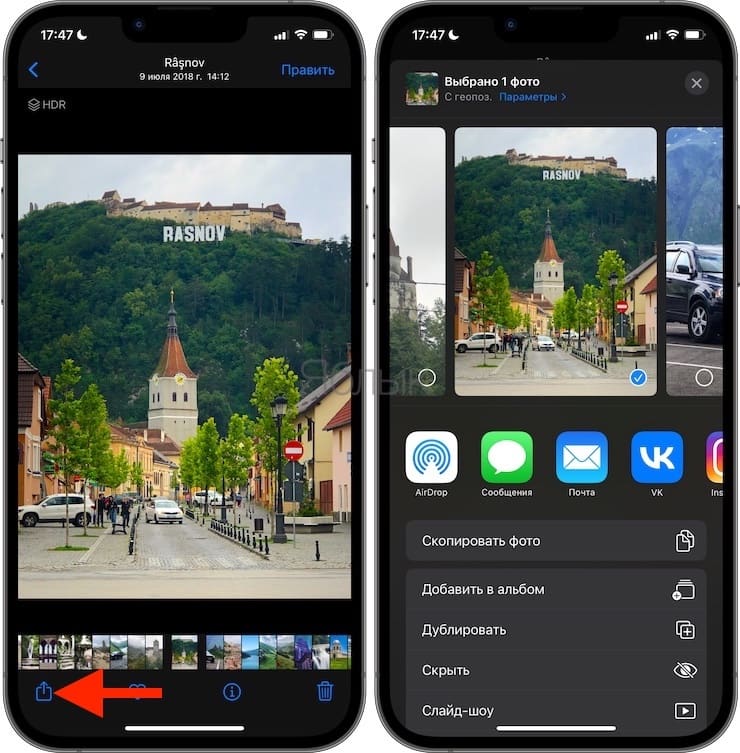 ♥ ON TOPIC: How to show thumbnails of photos and videos with actual aspect ratios in Photos on iOS.

At the top of the menu Share (activity view) you will be able to see the definition of the location for the selected media. This can be an indication of a specific city or a phrase “With geo-position.”…

Now at the top click on the word “Options” with an arrow. 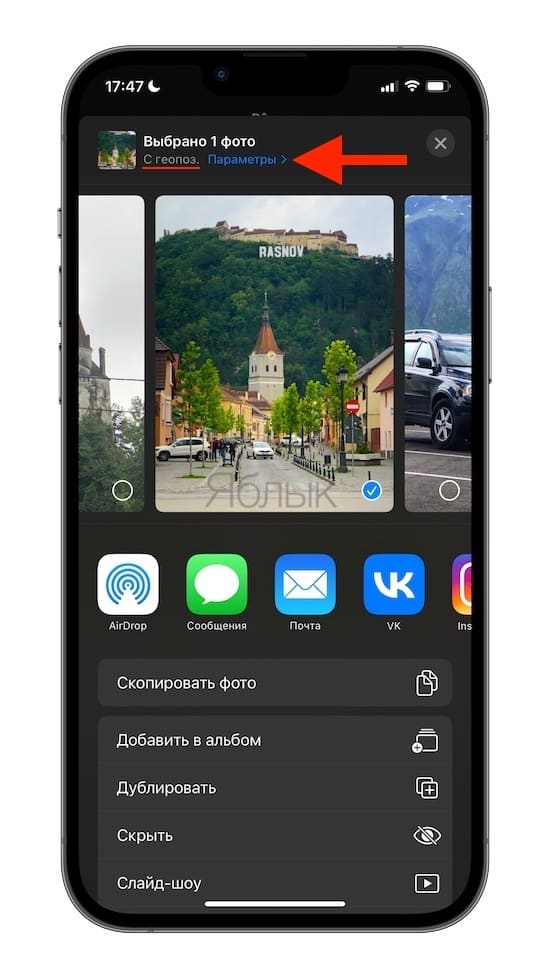 In chapter “Metadata” set the switch “Geolocation” to the off position. This will remove the embedded coordinate data from a photo, video, or a group of them. It remains to press “Ready” and now above the media file at the top it will be written “Without geo-location.”… You can now share photos through your preferred app or service as usual. 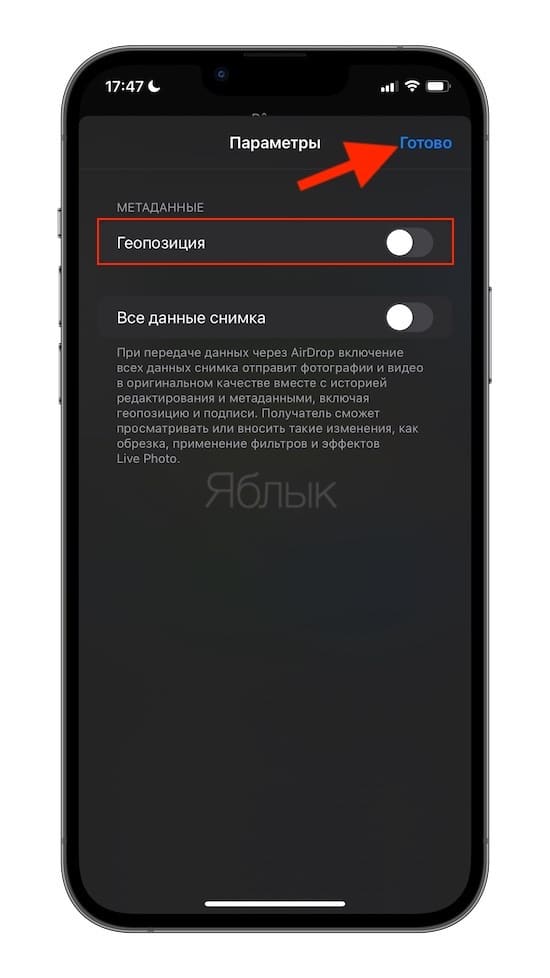 ♥ ON TOPIC: How to sort photos and videos using search filters in the Photos app on iPhone and iPad.

3. Make sure to remove location data from photos or videos 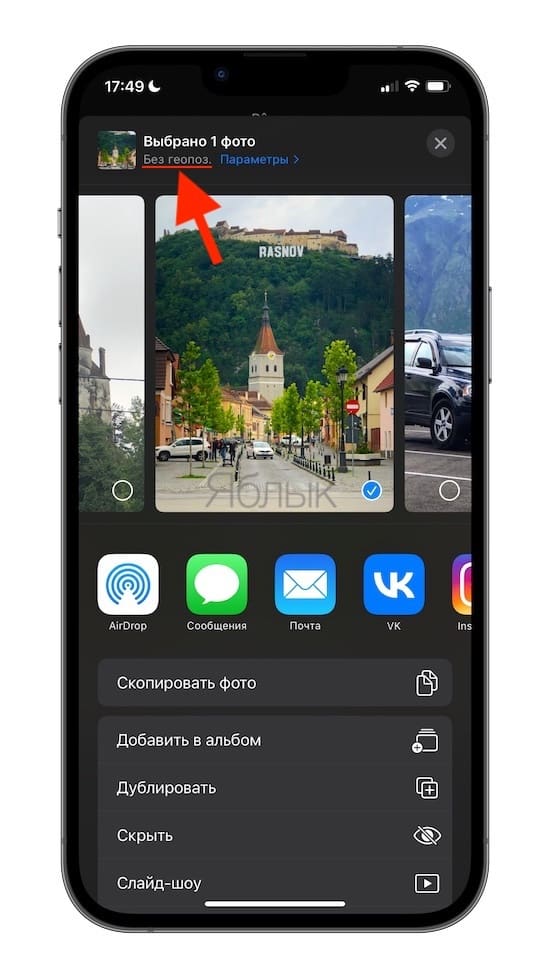 The Photos app lets you see where a photo or video was taken. You just need to swipe your finger on the picture. When the location service is turned on, a fragment of the map appears under the picture showing the point where the picture was taken. In the case of remote coordinates using the above method and transferring the image or video to another person, the third-party device will not be able to determine the location of the picture.

It is important to note that this function only affects photos and videos that you send in messages, mail or social network… Locally stored media will contain location data. In any case, the photo will also contain metadata about the time the photo was taken, the type of device, shutter speed and aperture.

♥ ON TOPIC: How to track someone who was gifted an iPhone.

It should be noted that deleting metadata is also possible on other versions of iOS, although for this you need to use third-party applications such as Exif Metadata, Metadata Cut, Photo Investigator, Koredoko and others.

See also  Viewing Photos on Mac: An Overview of the Best Viewers for macOS