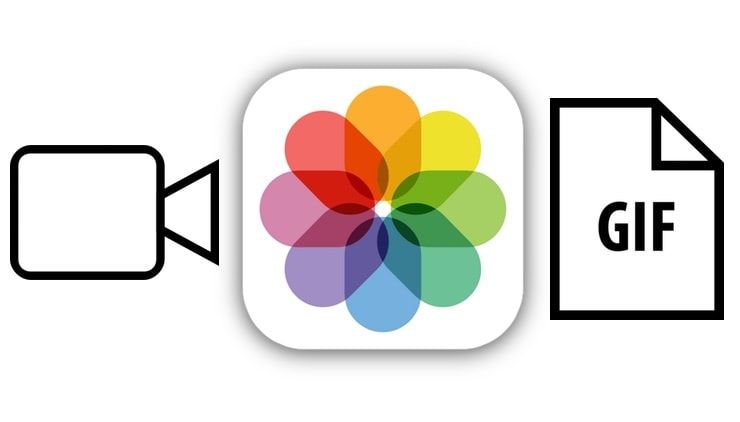 The Live Photos camera function first appeared in 2015 with the release of iOS 9. It allows you to take a photo in the form of not a static, but a moving frame. More precisely, the frame itself, as well as 1.5 seconds before and after it, are played back as video at 15 frames per second.

After the introduction of the Live Photos feature in iOS, many applications and services began to support it, giving users the ability to share “live photos”. The Photos app even has a special option that allows you to post moving pictures to social networks and send them to instant messengers. However, there are still applications that do not support Live Photo. They only allow you to exchange static, non-animated images (JPG), and the best solution in this case would be to create a “GIF”.

Have you shot a cool Live Photos on your iPhone or iPad and want to post it on social media as a GIF? Below we will tell you how.

♥ BY THEME: How to crop video on iPhone and iPad without third-party apps.

1. Open the “Photos” application, in “Albums” select the “Live Photos” folder and click on the desired picture to open it in full screen. 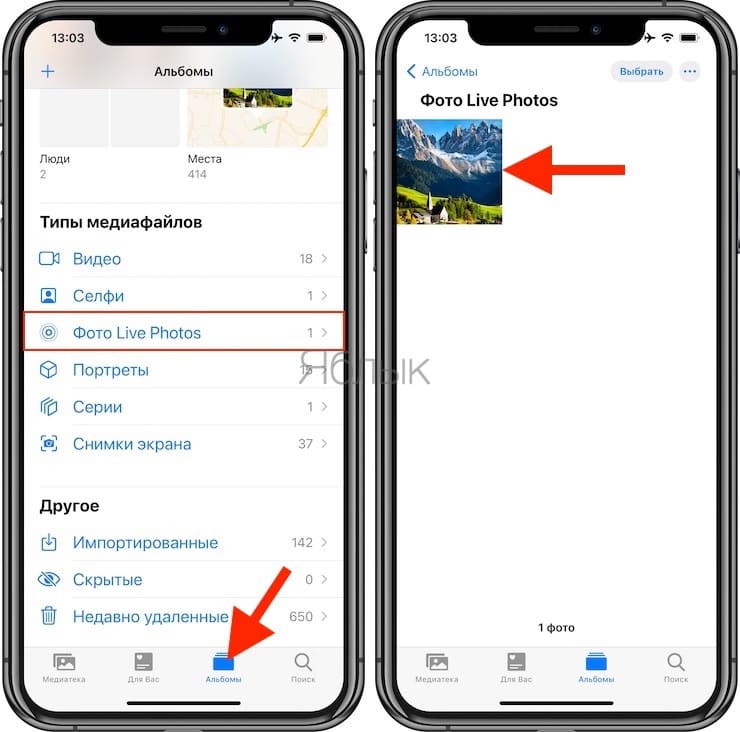 2. Swipe up from the center of the screen, and additional information about the photo will open. Four options will appear, of which in this case we are only interested in animation effects (The loop and Pendulum). With Loop, the animation will play continuously, while with the Pendulum effect, it will play from start to finish, and then vice versa. 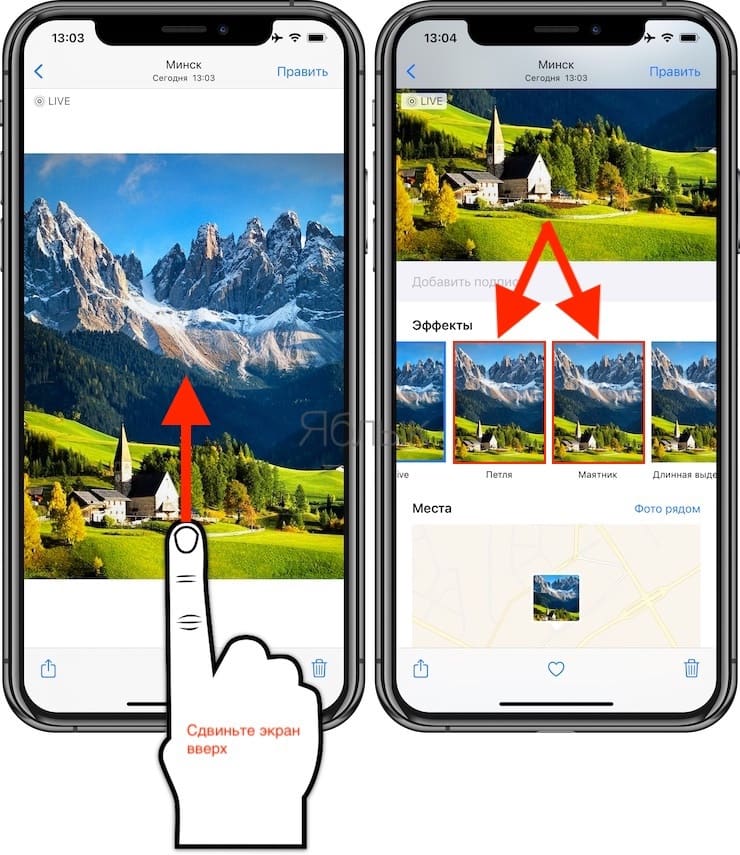 3. Select one of the two options and return to “Albums”… Select a folder “Animated”where all gifs created on the iOS device are stored. If the folder was absent before, now it will appear automatically. 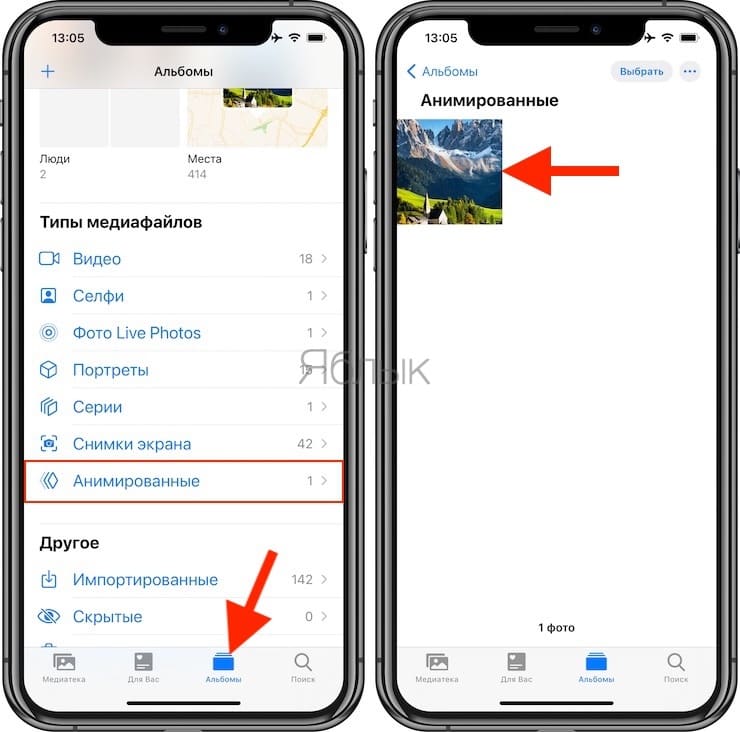 When you open the animation, the created GIF will open in the folder. In the upper left corner, it will be noted which of the animation effects was applied to this photo. Then you can post it or send it to someone as usual. Alternatively, you can mail the GIF image to yourself. 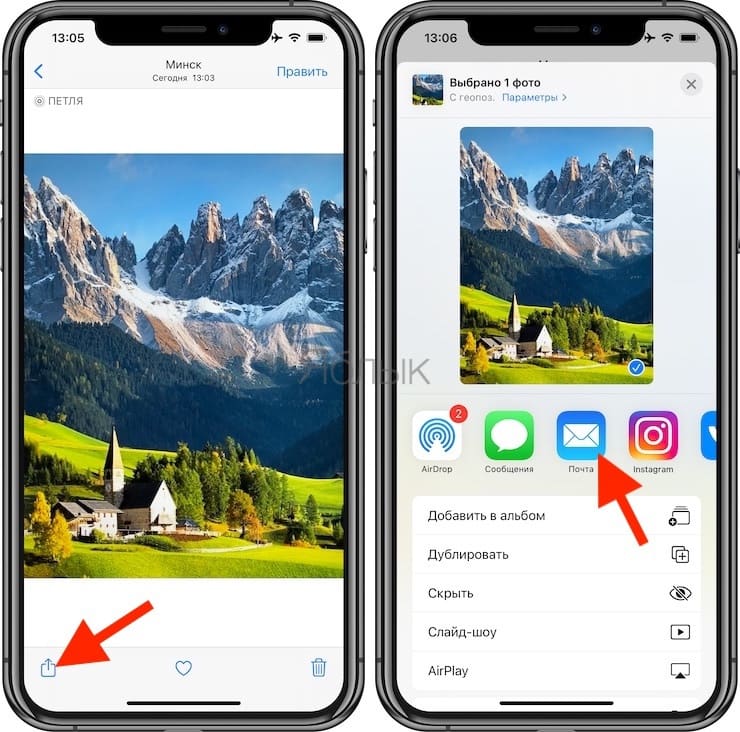 Some might think that creating GIFs from Live Photos before publishing is a waste of time. However, not all applications support Live Photos, and creating an animated image will prevent you from publishing a static image instead of an animated one. For example, if you attach a “live photo” from a Live Photos album to an email in Gmail, it will automatically will be converted to JPEG format… However, if you send a GIF image from the Animated folder, the format will not change… 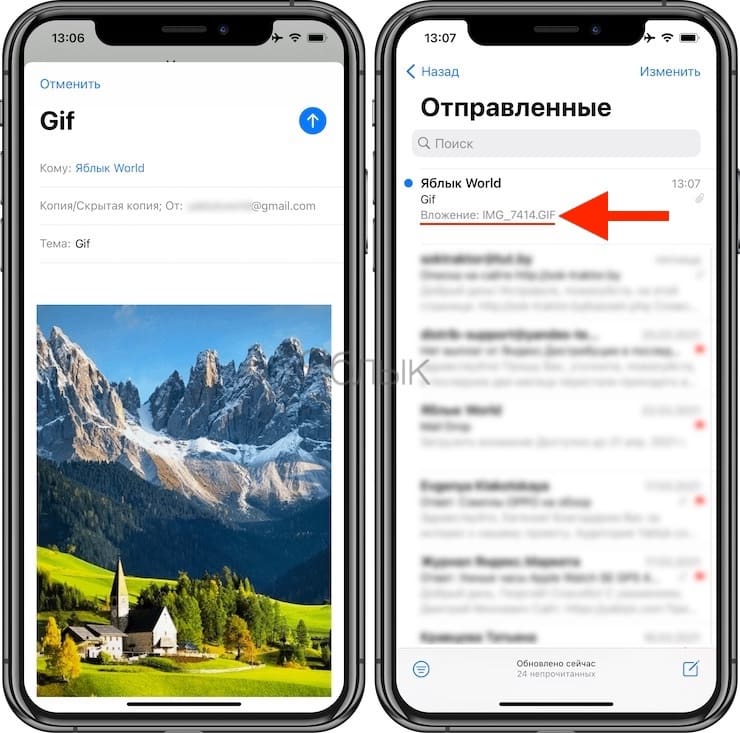 ♥ BY THEME: How to select multiple photos at once with one gesture on iPhone or iPad.

How to save Live Photos as gif on Mac (method 1)

This method is possible only if Photo Library in iCloud is activated on an iOS device and Mac (details). In this case, Live Photos will automatically appear in the Photos app on your Mac.

1. Open the Photos app on your Mac. 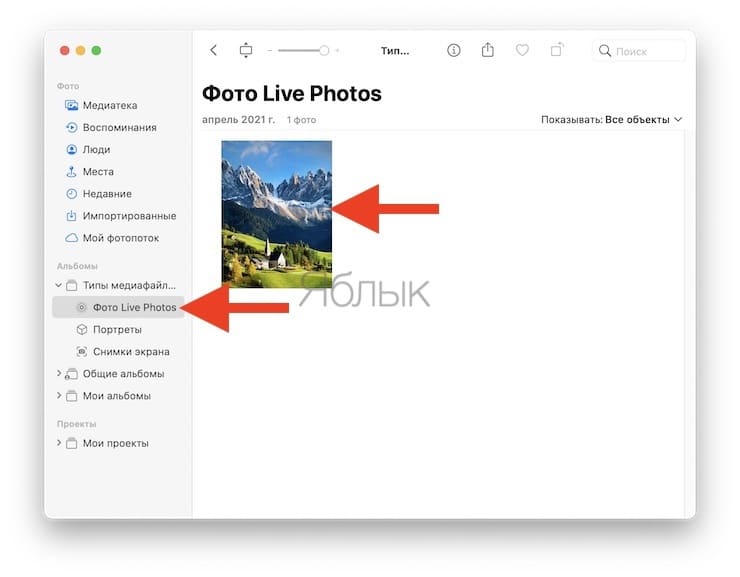 4. In the Live Photos window that opens, click the Edit in the upper right corner. 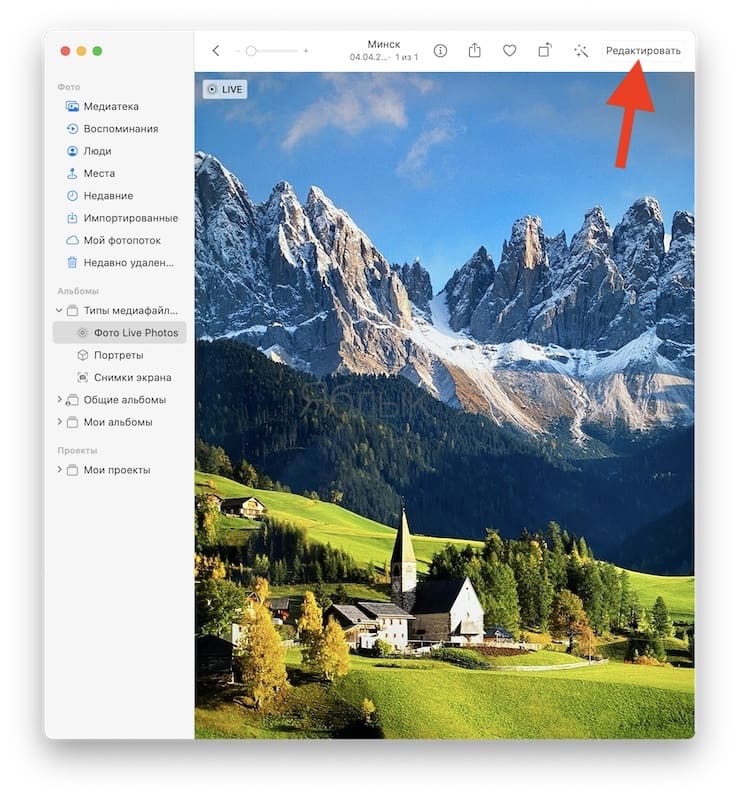 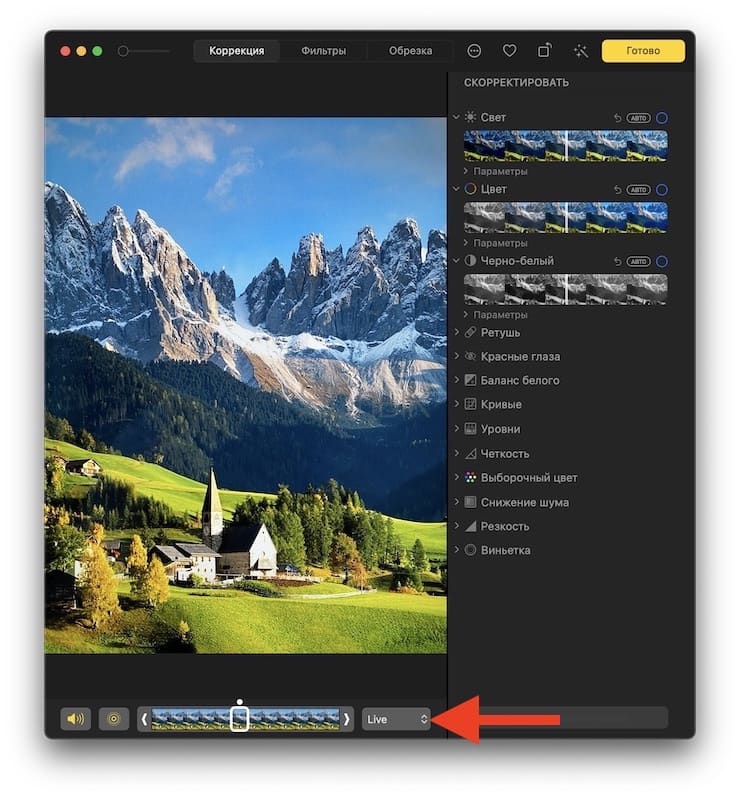 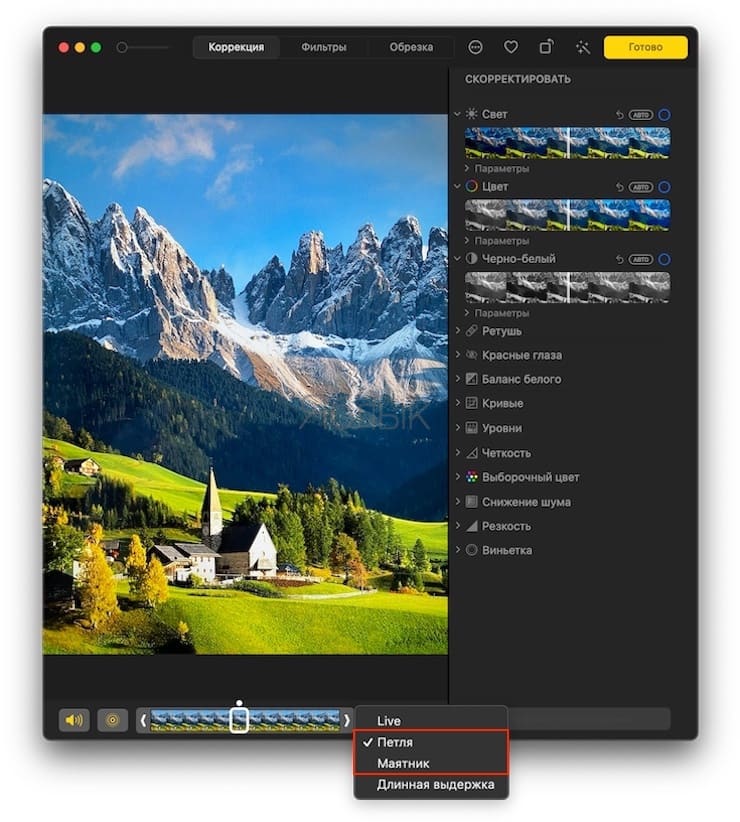 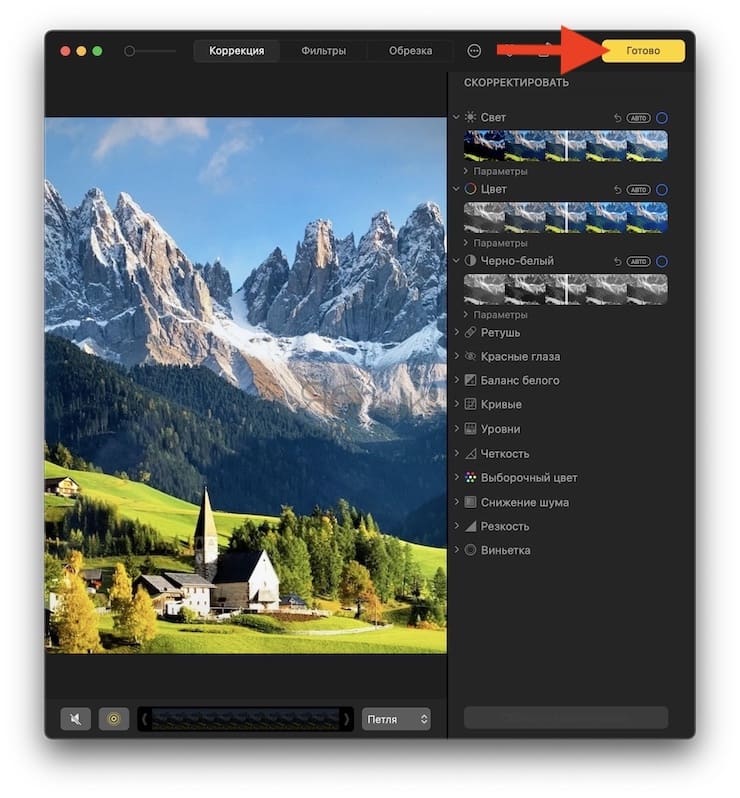 7. In the side menu of the Photo application, a section will appear. Animated… The edited Live Photos… 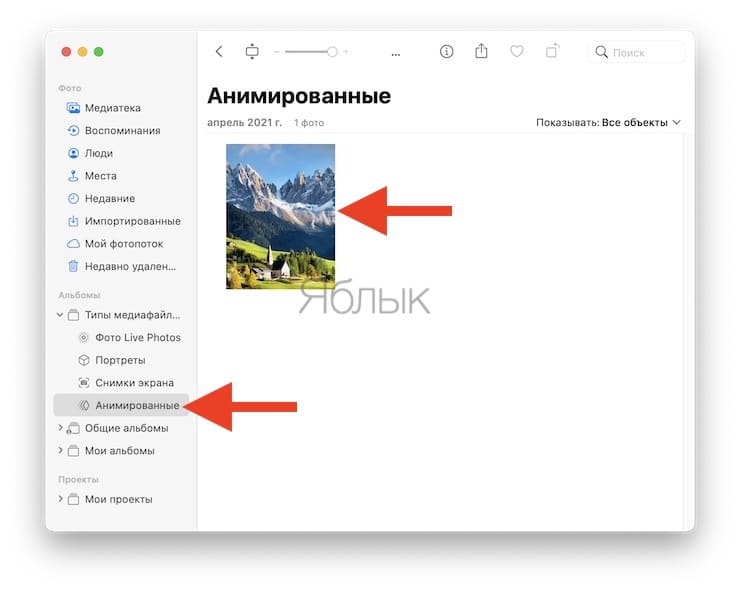 8. Select the edited Live Photos in the section Animated, go to the menu File and select Export -> Export GIF… 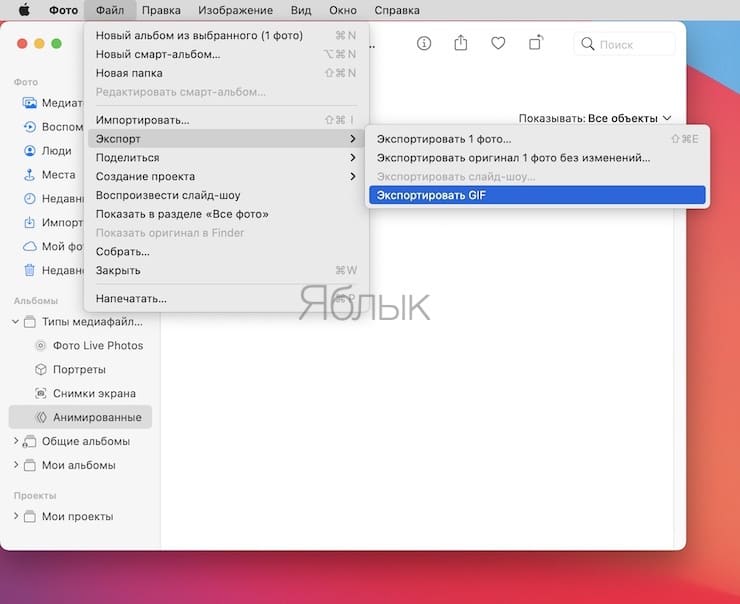 9. Select the path to save.

Everything! The image will be saved in GIF format.

♥ BY THEME: Slow motion video on iPhone: how to shoot and adjust the quality, which iPhones are supported.

How to convert Live Photos to gif on Mac (method 2)

1. Connect your iPhone to your computer with a cable.

2. Open the standard program Image Capture, iPhone should be identified in the upper left corner as a camera (memory card). 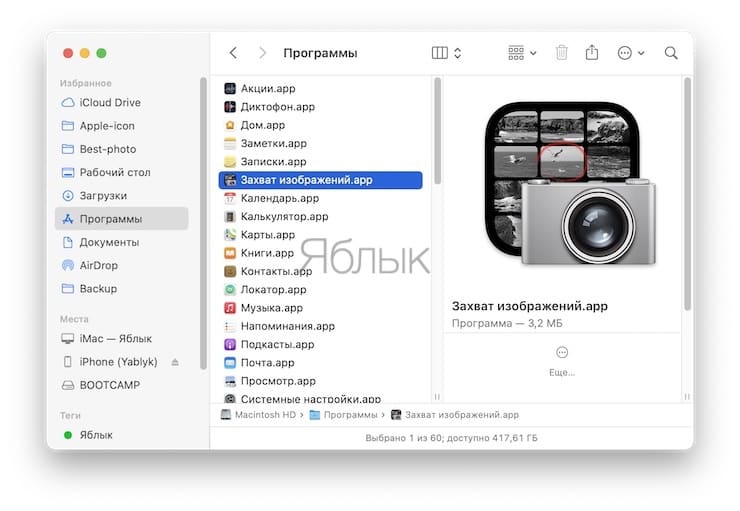 3. Find the required Live Photos – the “live photo” will be marked with a corresponding icon, but .JPEG will be indicated as the format (don’t be alarmed, this is Apple’s flaw). Select the required files, the path to save (for example, Desktop) and click the button Import… 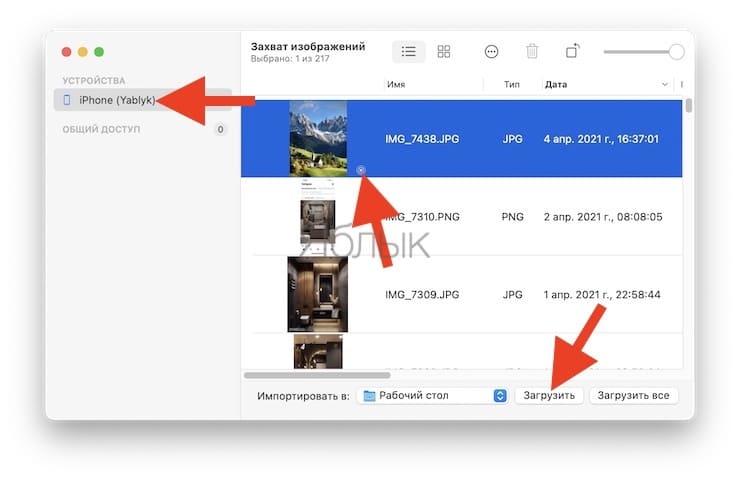 four. “Live photo” will be saved to your computer in two files: .JPEG (static picture) and .MOV (video). 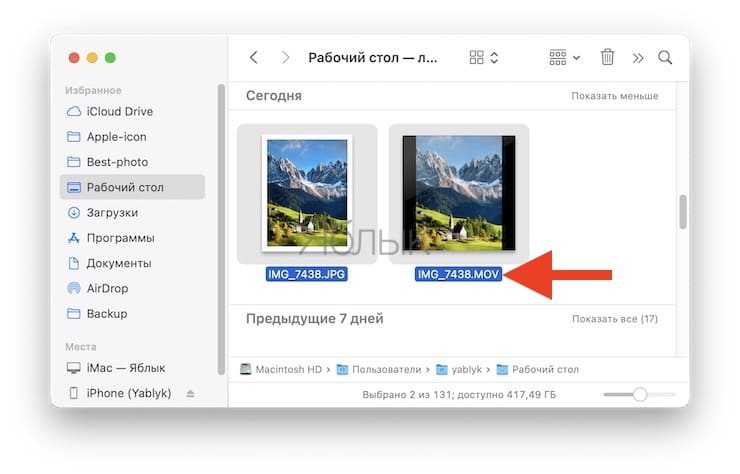 5. Use .MOV file to create GIF. Use any GIF maker (such as GIF Brewery). An alternative option is an online service like MakeaGIF.

Done! The resulting file can be sent anywhere – even to a social network (Twitter, VKontakte, etc.), even by email.

♥ BY THEME: Yandex.Navigator without the Internet (offline): how to use it on iPhone and iPad…

Of the many applications that allow you to convert Live Photos to GIF format, we recommend using the following: