Today, anyone can feel like a cameraman, thanks to the capabilities of smartphone cameras. And the video they shot from professionals turns out to be truly masterpiece at times. True, most users shoot on the go, simply not understanding either the capabilities of their technique or the intricacies of the process itself. It is not so easy to delve into it, nevertheless, anyone can make their video as cinematic as possible. 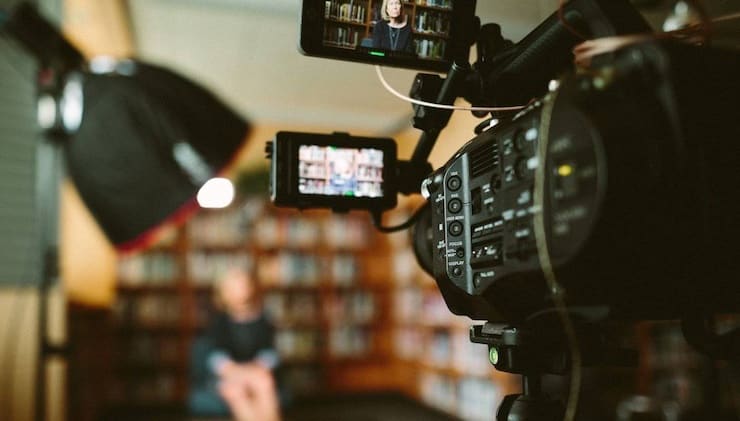 ♥ ON TOPIC: iMovie or how to make video editing (from video and photos) on iPhone or iPad for free.

Any of us was certainly impressed by some kind of video and remembered special shots for a long time. But how difficult is it to reproduce? You can just start shooting without preparation, but the result will be a little like a “real” movie. It takes some effort. Of course, none of these tips will make you a world-class director overnight, but the quality of the video will definitely increase.

♥ ON TOPIC: Power saving mode on iPhone: what is it for and how to enable it: 4 ways.

Think before you start filming 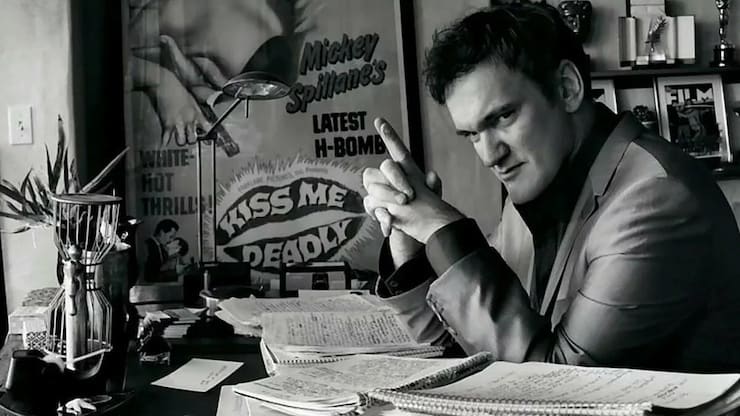 Even before you start filming, you better plan the process ahead of time. Will you shoot in shallow depth of field, or will you shoot in bright sunlight in the middle of the day? In the second case, you will need an ND filter. 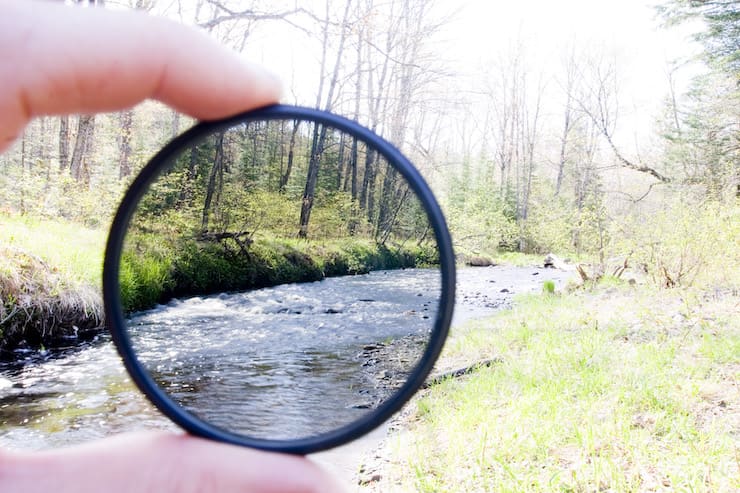 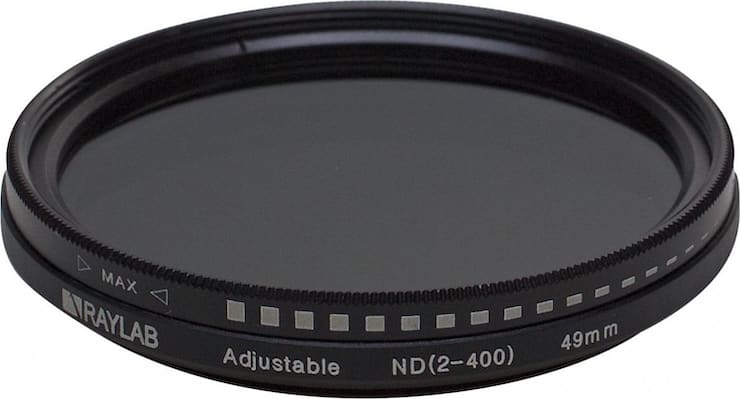 In filmmaking, a lot of time is spent just on detailed planning of the entire process in order to make the filmed video as high quality as possible. Pros can’t afford to just start filming and hope for the best. Instead, the production team does its best to eliminate any uncertainty. The actors know where to stand, the operators know where the action will take place, and the whole team works together perfectly and smoothly.

♥ ON TOPIC: Mistakes of novice photographers, or how to take pictures correctly.

Shoot at 24 frames per second

The vast majority of videos and films are shot at 24 frames per second. This is not only a frequency close to the capabilities of our vision, but also what the audience expects from the cinema.

With the advent of digital cinema, the frame rate is also accepted around the world at 24 frames per second, as the most consistent with the aesthetics of professional feature cinema and does not require unacceptable amounts of data.

Our eyes and brains are trained to expect 24 frames per second when watching hundreds or even thousands of movies over the years. YouTubers or gamers may argue that 60fps is the best option, but trust me, 24fps is exactly what cinematic footage requires.

For better understanding, below is a comparison of 24 FPS and 60 FPS using the example of the Transformers movie.

♥ ON TOPIC: How to recognize text from photos on iPhone without installing third-party applications.

Shoot with a shutter angle of 180 degrees

This may be confusing, but you may know “shutter angle” as “shutter speed.” A shutter angle of 180 degrees means your shutter speed is double your frame rate. In order for the picture to be as close as possible to the “cinematic” one, it is necessary to observe the 1/2 proportion in relation to the shooting frame rate. Those. when shooting at 24 frames per second, the shutter speed should be 1/48. This is another area in which your brain is cinematic conditioned to a certain perception.

Faster shutter speeds may not always help you capture professional cinematic shots. Images will look too sharp and have a freeze-frame effect. If you are shooting in slow motion, you need to increase your shutter speed.

We gave you a little bit of how to make your footage look cinematic while shooting. Now is the time to learn how to edit the captured cinematic video.

Adding cinematic framing is one of the easiest things you can do in the editing area. Suddenly you will become a “real filmmaker”. Viewers will literally faint at how professional your film is and beg you to share your secrets for creating such a quality video. This is a joke, of course, but quality cropping matters more than you might think.

Again, the reason lies in the “real movies”. Movies for the big screen are shot with an aspect ratio of 2.35: 1.

Your widescreen computer monitor has a 16: 9 aspect ratio, maybe 16:10. Converting your movie from “standard” wide to ultra-wide, like for a large screen, makes a big difference – even if you have to crop it.

♥ ON TOPIC: How to check the mileage of a camera Canon, Nikon, Pentax, Sony. 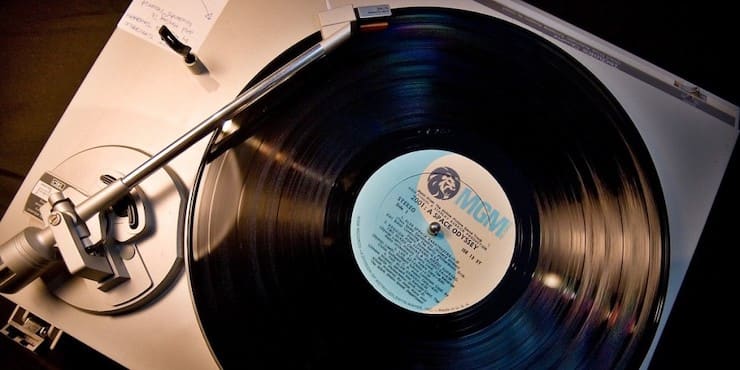 Music can make a huge difference to the feel of your movie. After all, movies constantly use music to manipulate the viewer’s emotions.

Classical music in a sad scene, dance music in a party scene … Think about how to make your video more cinematic by looking at how the music brings objects to life.

Who knows, maybe you will find a way to collaborate with an aspiring composer and help each other. Either way, this experience is better than none at all.

♥ ON TOPIC: Seemed: 70 photos with optical illusions from real life. 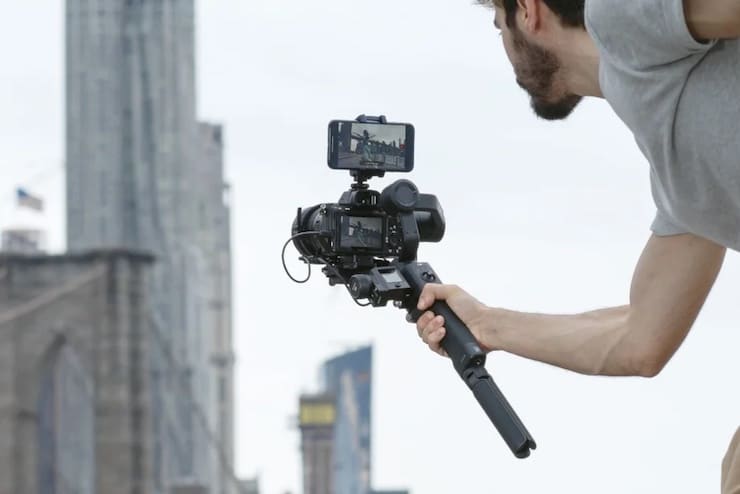 Movement can transform your footage from static and boring to lively and immersive. However, the constant flickering in the frame will make your viewers nauseous.

Filmmaking spends large sums of money on all kinds of carts, tripods, booms, cranes and gimbals. You don’t have to spend money that you don’t have, but that doesn’t mean you cannot shoot cinematic footage on a budget. We’re just getting you back to thinking again before shooting.

Slow, flowing and deliberate movements are key here. Use a tripod with a movable head or a budget gimbal to get the most out of the professional experience.

Our final tip is to color-grade your frames. You’ve probably noticed before that some films, like The Matrix, tend to lean more towards green, while older westerns tend to be dominated by a yellow-brown hue.

While color grading is an industry in its own right, you can tinker with this feature yourself with an application like DaVinci Resolve. And at the same time, experience with this editing package is not at all necessary. 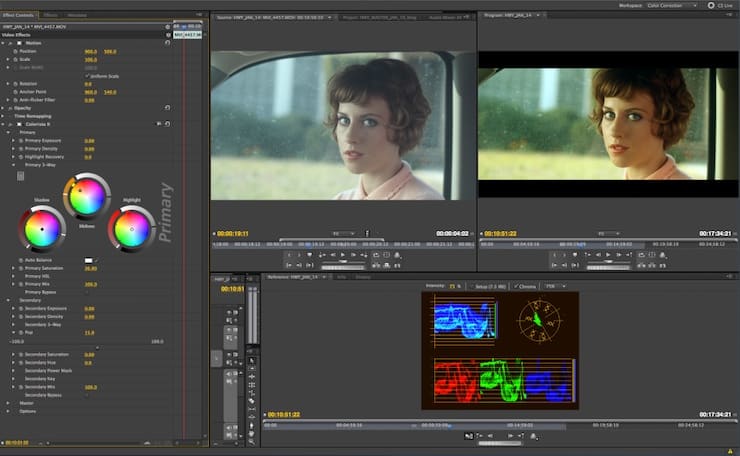 Adjusting the color of the captured video will go a long way if you want to learn how to make truly cinematic videos. If your scene immediately begins with a damaged frame due to an imbalance in the white balance, then it is quite possible to fix it in the post-processing stage. However, if you do everything right during filming, it will save you a lot of time later.

♥ ON TOPIC: Levitagram, or how to create a photo with the effect of levitation (flight) on the iPhone.

Are you ready to start filming your video? To make a cinematic is to immerse viewers in a whole new world. There are several important points from pre-planning to color grading. Using these techniques, you can significantly improve the quality of the product, making it professional. Learning how to make cinematic videos is your first step towards the big movie that could be your dream.