Apple still makes digital technology conscientiously and throws away an obsolete, but still fully functional device, not everyone raises a hand. It’s easy to understand the users, but what to do when all your friends are already turning up their noses from such gifts, and the free space on the mezzanine, and in the garage too, ran out long ago? 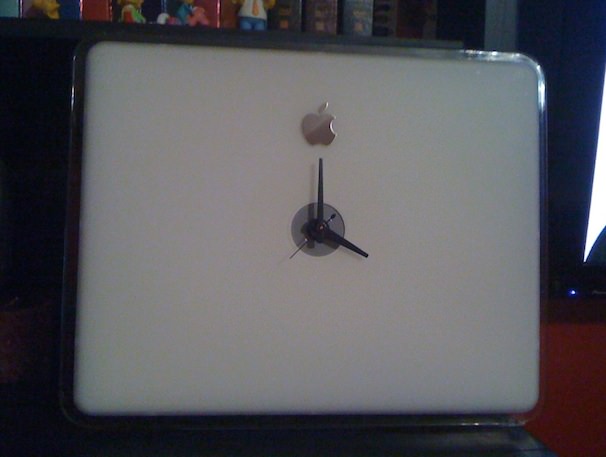 Aluminum is not cast iron, but subject to proper temperature conditions, the perforated body of the old Mac Pro will perfectly be able to perform the function of a barbecue. And it’s not at all barbaric to fry chops and sausages on the brainchild of the IT industry – if the purchase of a new computer is being washed. 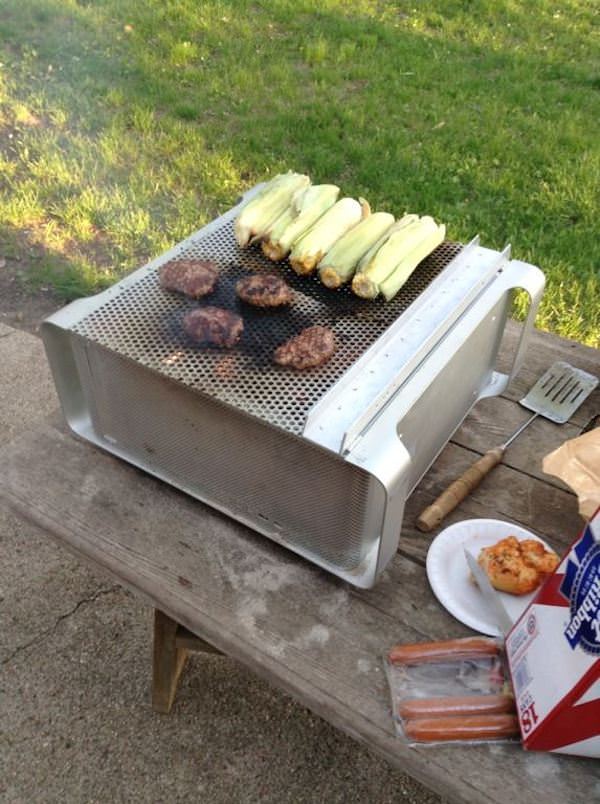 At one of the Motorcycle Shows in Portland, a bike with Mac Pro as a basic finishing element. The talented fan who chose to remain incognito got down to business smartly, carefully carving out a part of the computer case in the form of a fairing for the fuel tank. In addition, the Power button, USB connector and stereo output also function and are used to connect to the iPhone – the smartphone, using its sensors, acts as a speedometer. 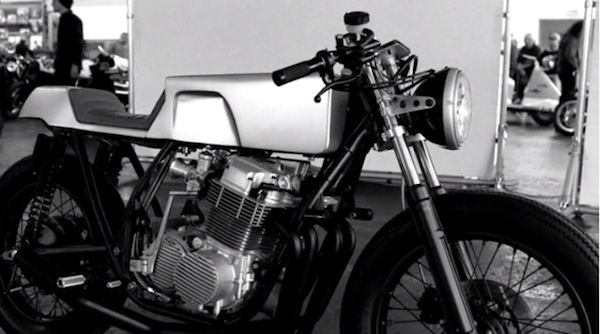 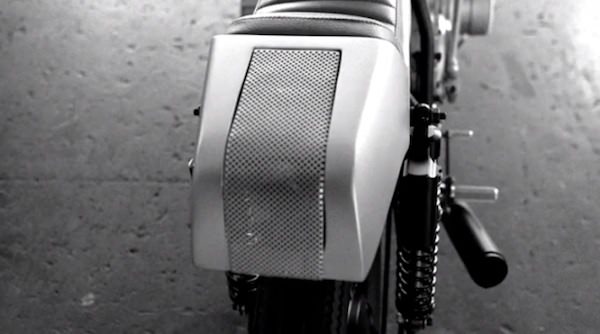 American guy Rick, who worked as a Mac consultant in New Jersey, made excellent trunks (trunks) for his motorcycle from old PowerMac G4 system units. 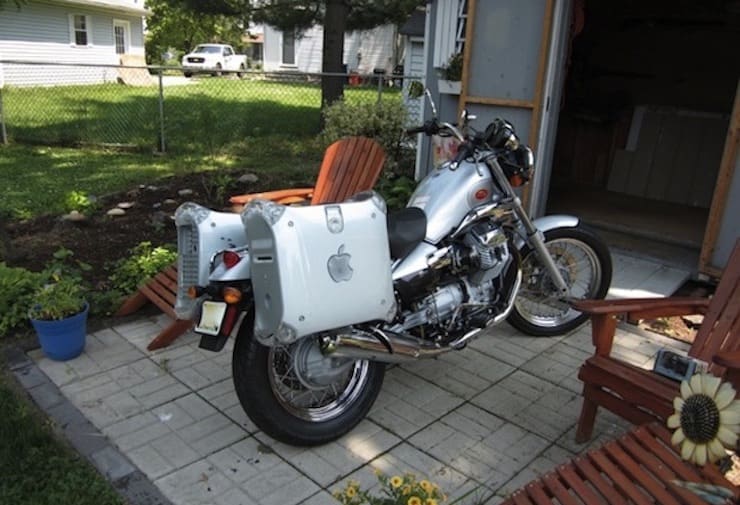 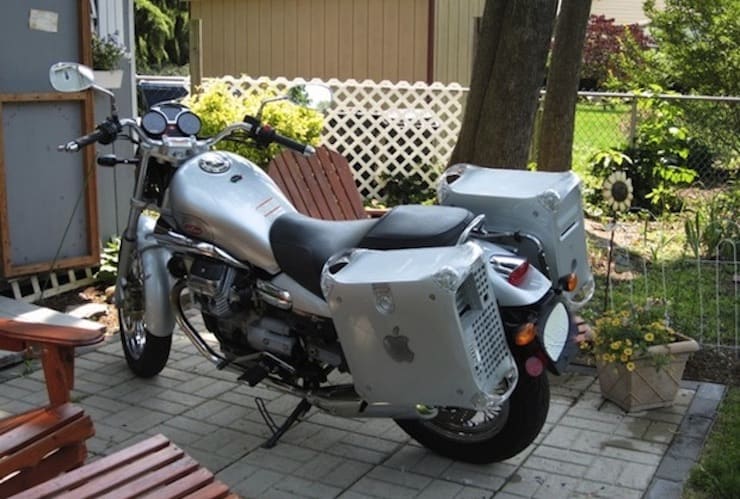 ♥ BY TOPIC: Easter eggs on Google: 20 interesting examples of hidden features in search.

Jake Harris is grateful to the late Steve Jobs for having the idea to create conceptual cases for computers. Models of ten years ago and older have already become history in their mass, but their rounded transparent bodies make very good aquariums. 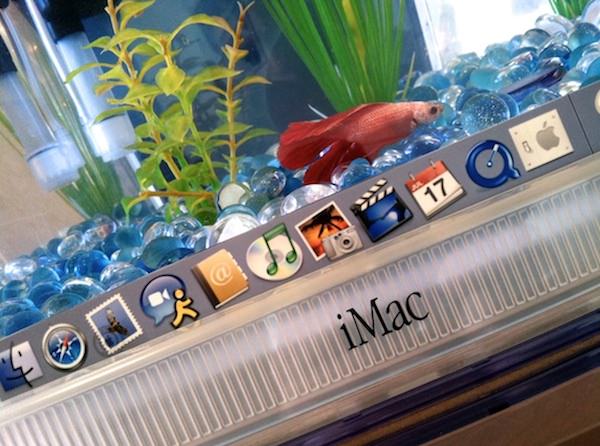 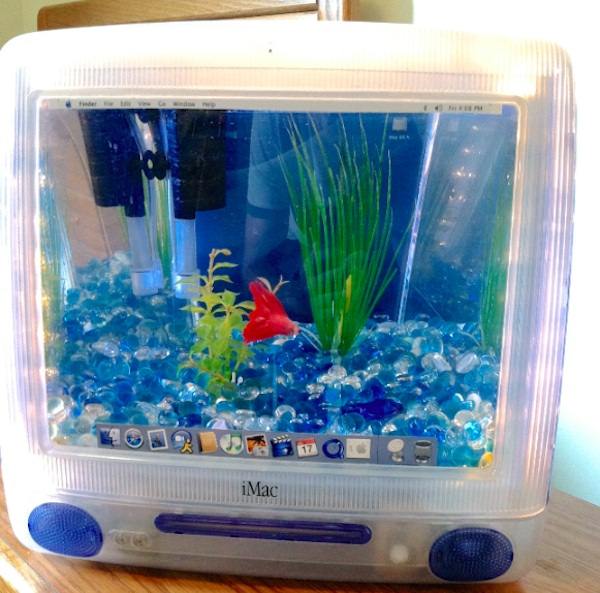 The popular DIY site Etsy was selling a version of the Power Mac Cube: 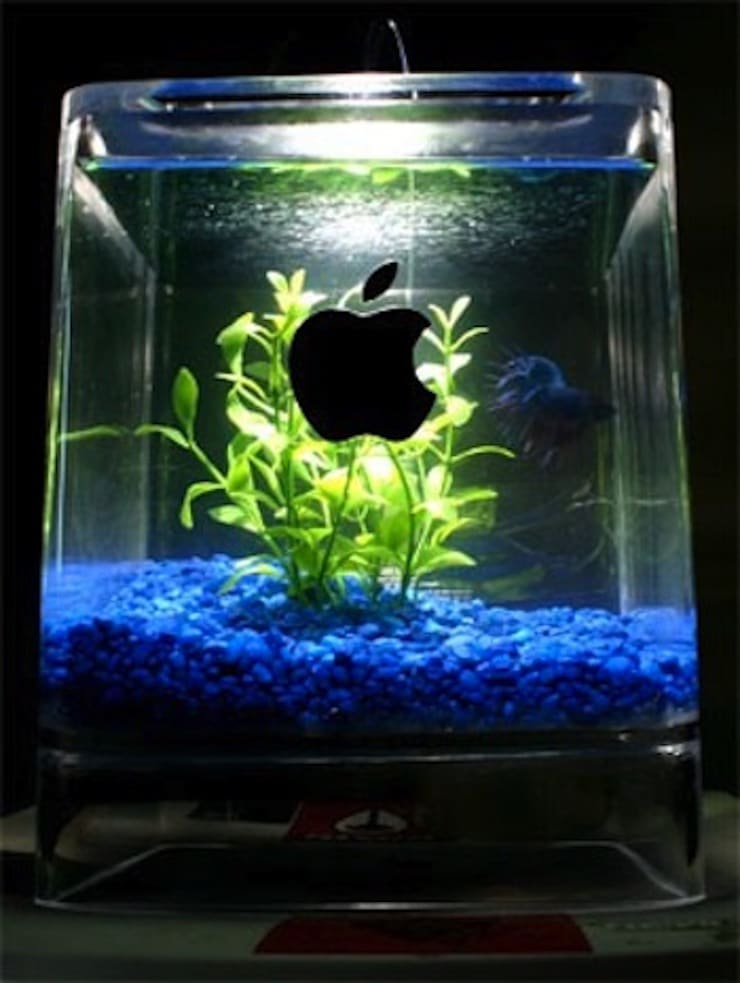 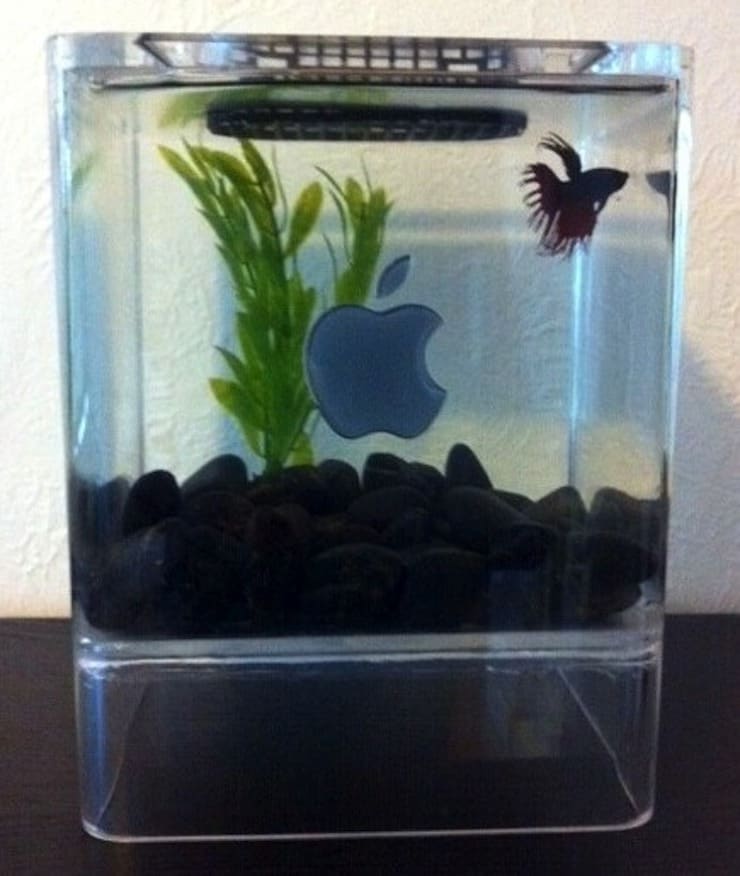 How about this pet crib from an old iMac? 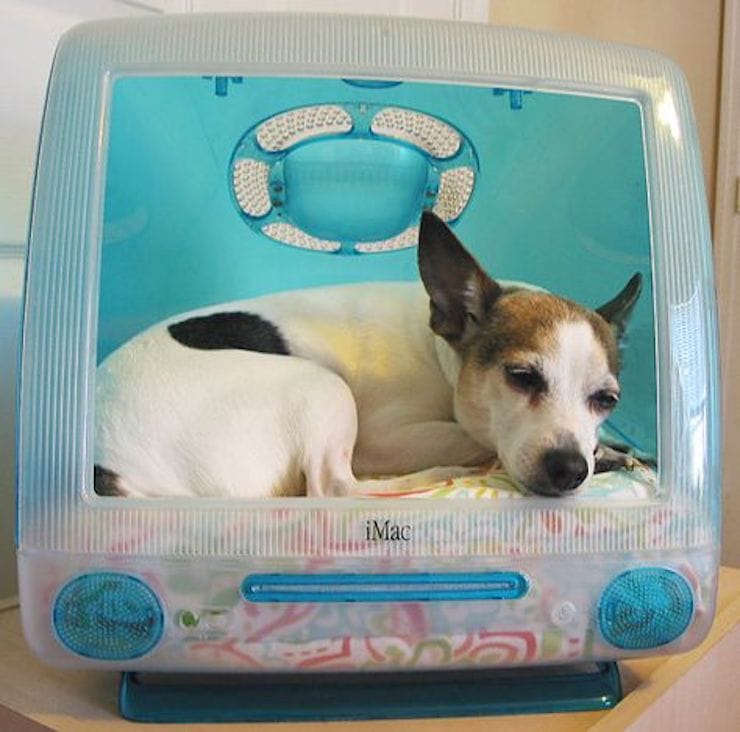 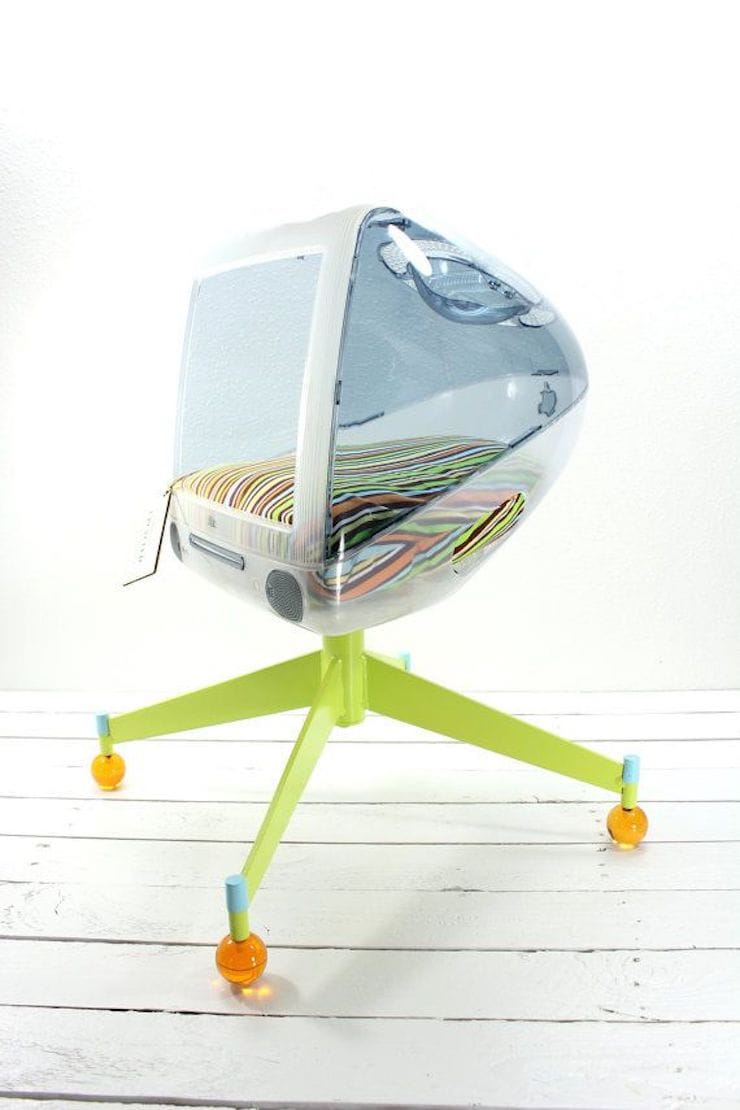 Alan Young using the prefix Apple TV, designed a kind of pendulum clock – a mixture of vintage and hi-tech styles. 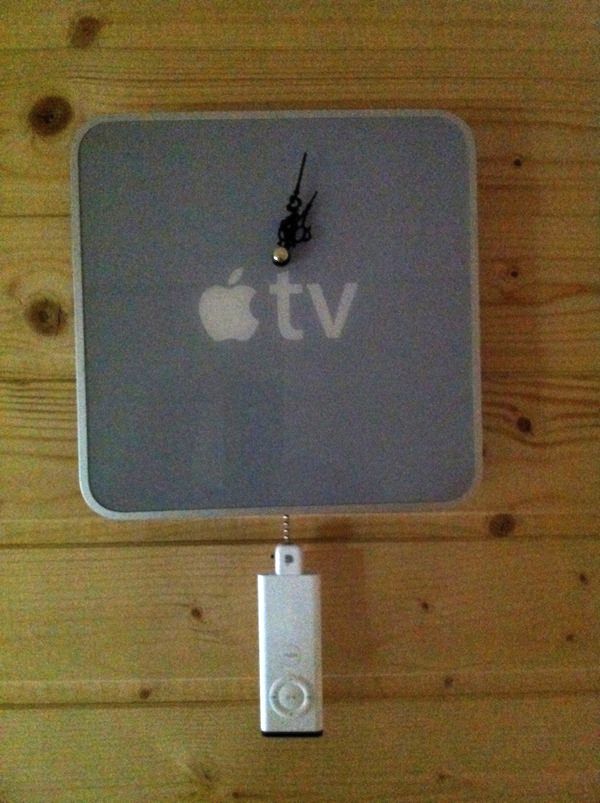 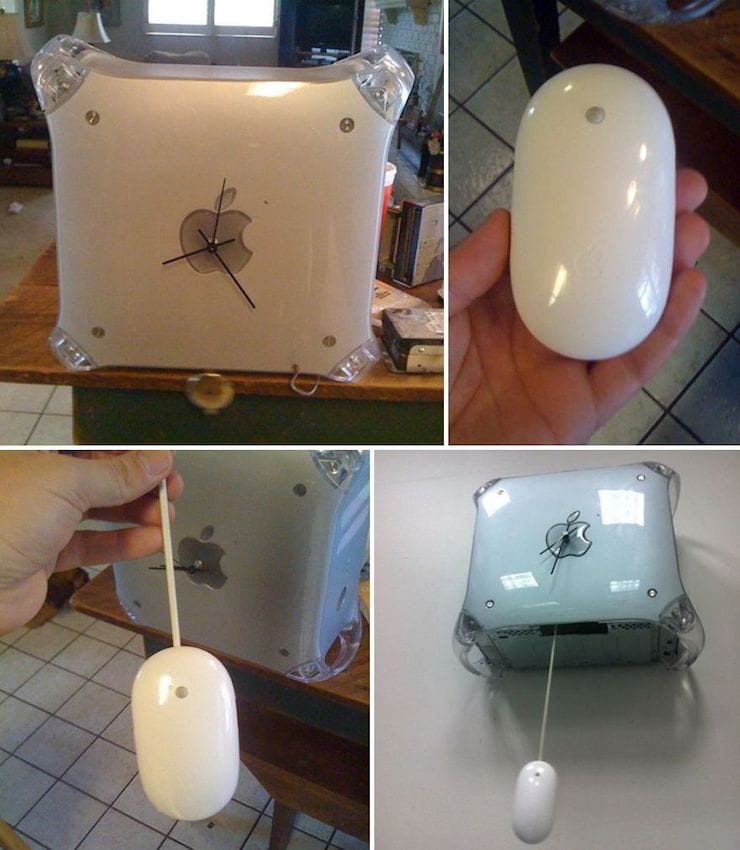 And the frosted parts of the legendary iMac G4 also work well as designer lampshades for table lamps. 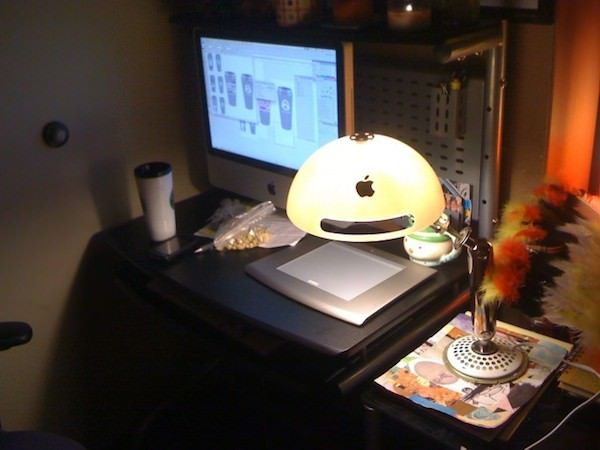 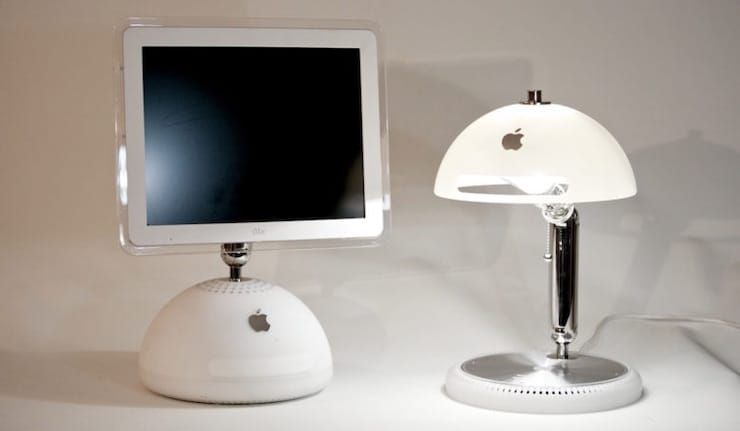 The color generation of the iMac can serve as stylish fixtures: 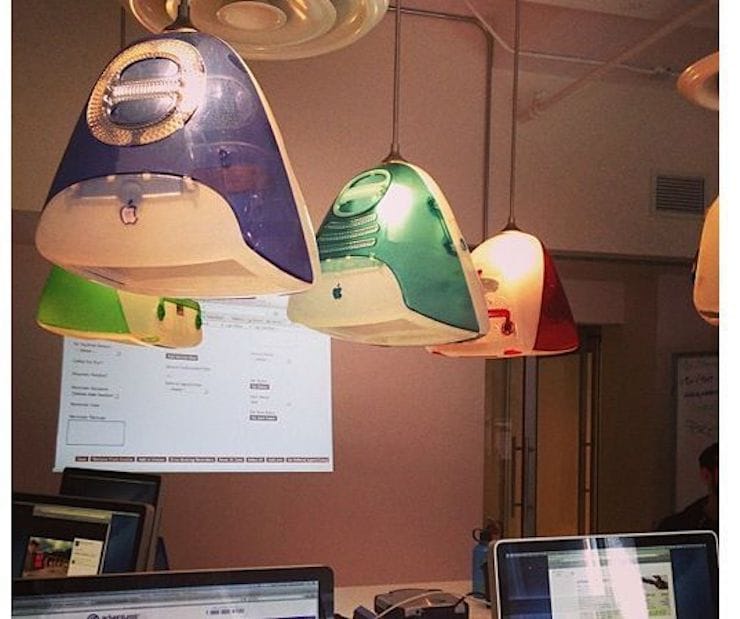 ♥ BY TOPIC: How to gift an iPhone? Pack in a chair! An example of the original packaging (photo).

Here’s what designer furniture can be created from the Power Mac G5 system blocks. You can make original benches, a small chest of drawers and a table. 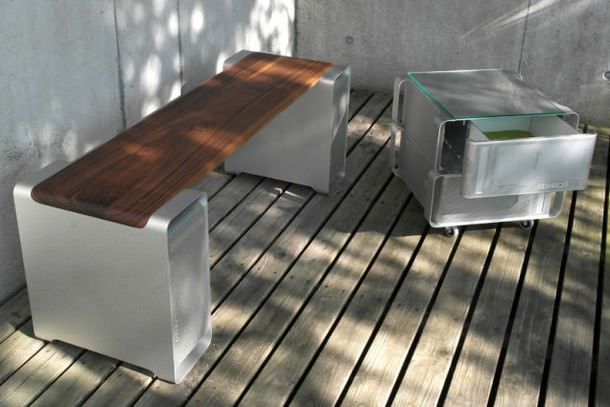 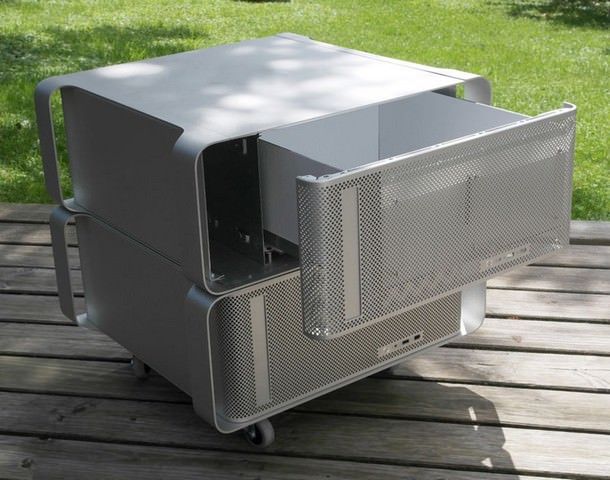 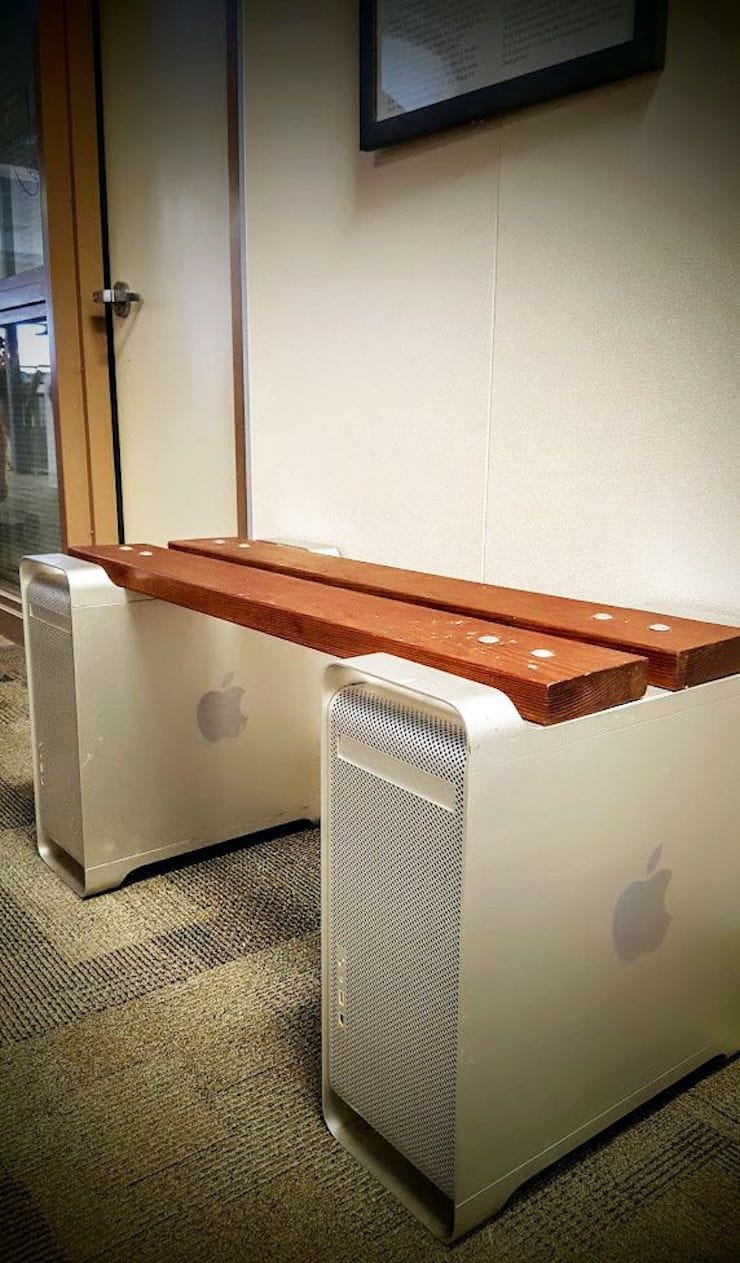 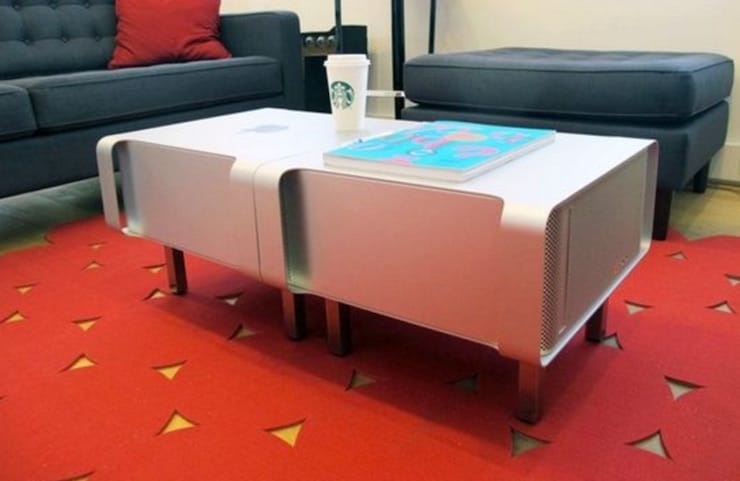 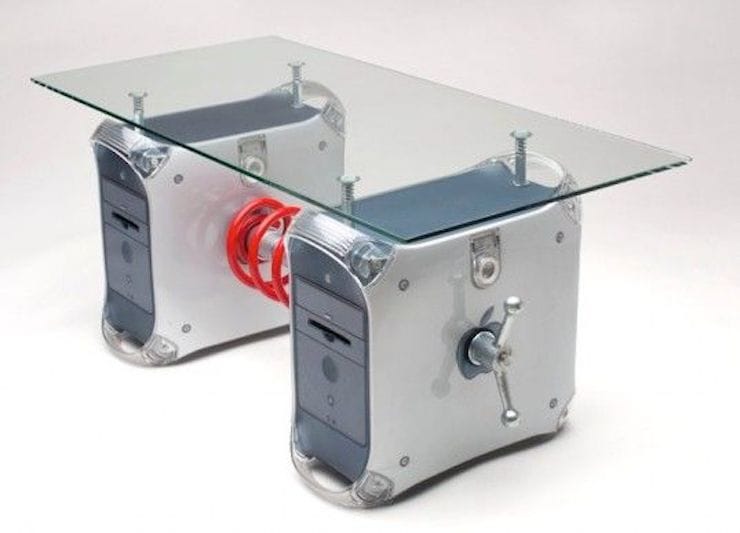 Even beautiful napkin holders are made from old Apple computers: 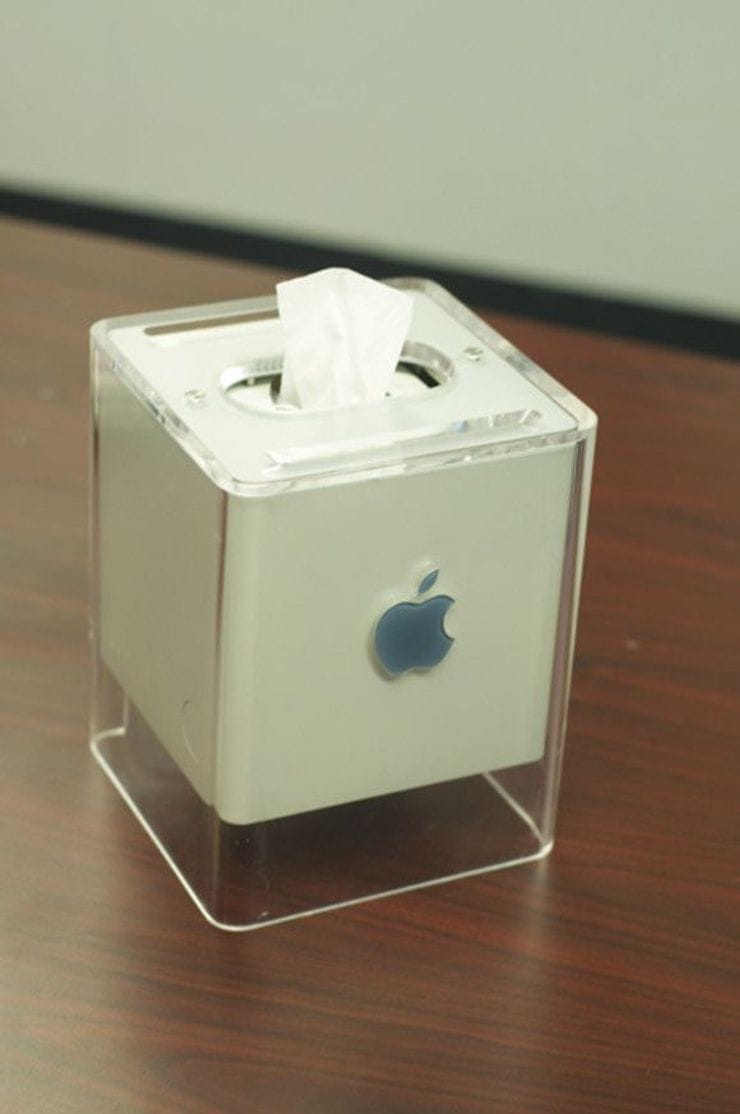 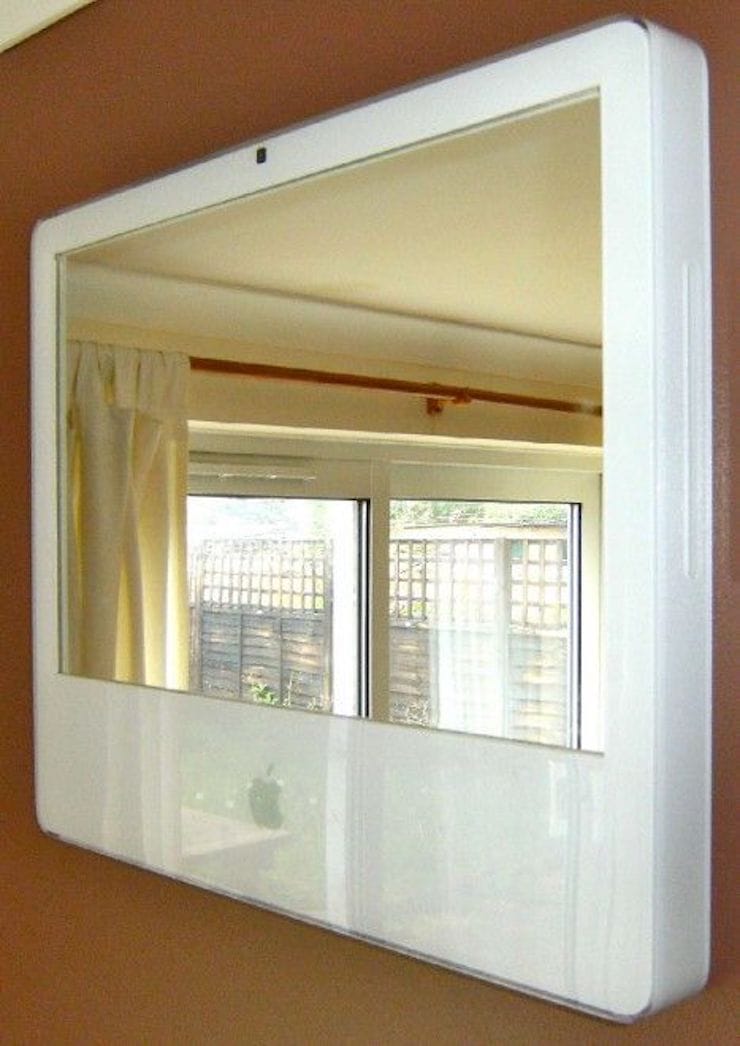 and some mods even use old Apple mice as a belt buckle: 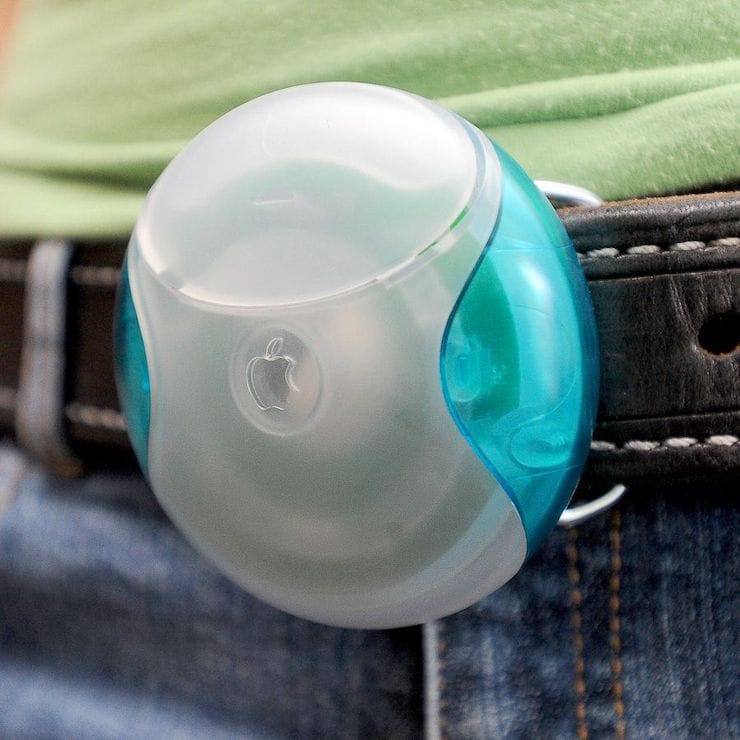 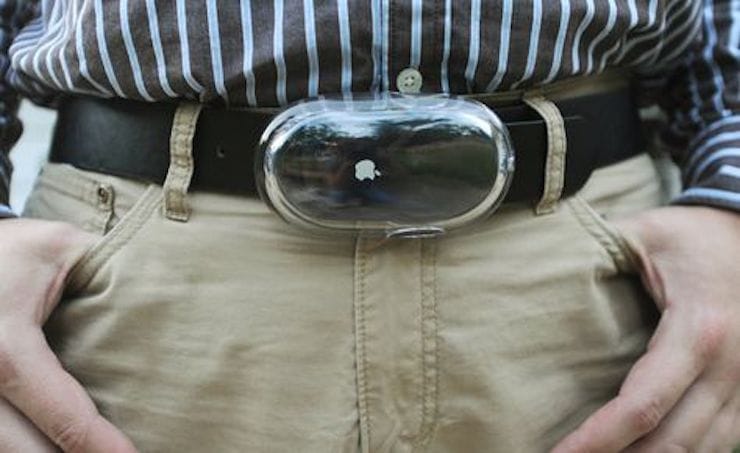 But the crown of creative thought and the engine of progress, that is, real and immeasurable laziness, is the work of an unnamed homeowner from the American hinterland. He “repaired” the mailbox, replacing it with an old and completely gutted Macintosh, without even bothering with plugging in lights or anything like that. 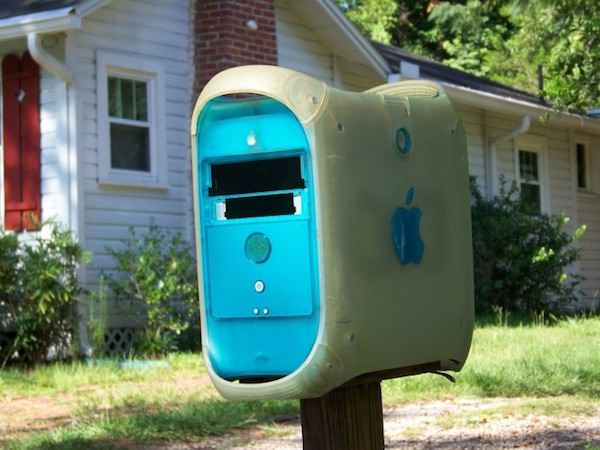