Music identification service Shazam is not looking to lose its popularity. Still, the function was initially in demand, and since its inception, nothing has changed – millions of people still want to understand what kind of music they hear. In 2017, this service was acquired by Apple, which allowed it to better integrate with the company’s operating systems. 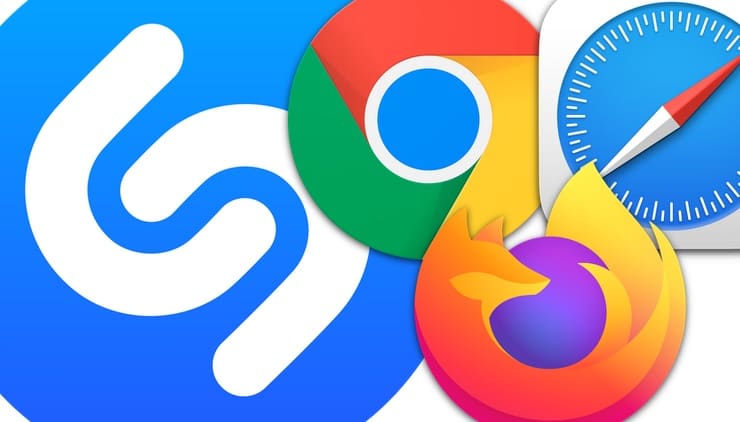 ♥ BY TOPIC: Why does an iPhone have 3 cameras: what is each one for and how to switch?

Until recently, Shazam was a standalone cross-platform application. But now this service can be started without installing the program – right from the browser.

So far, this feature is considered experimental, it works only in the Safari, Firefox and Chrome browsers on macOS and Chrome OS. Along with this addition, the iOS version of Shazam has also been updated. Taking into account the owner of the service, it is not surprising that Apple devices were the first to get the opportunity to work with the service directly in the browser. Owners of equipment with Windows or Android will have to wait a bit.

In order to enable music recognition from the browser, go to the official website of the service and click on the big blue button in the center of the screen. 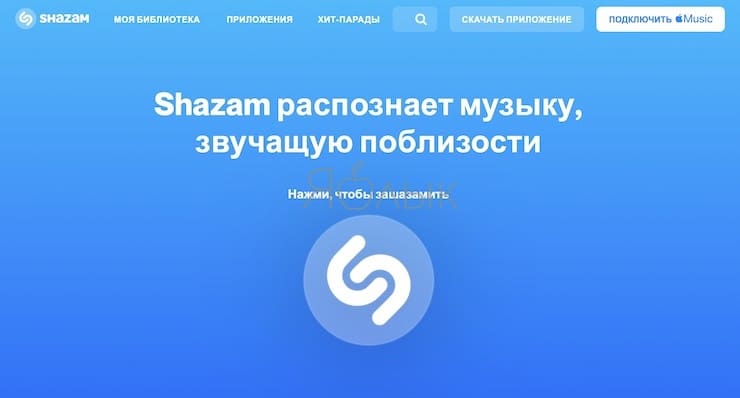 The songs found with its help are offered to be added to Apple Music immediately, and the recommendation system will suggest similar songs. 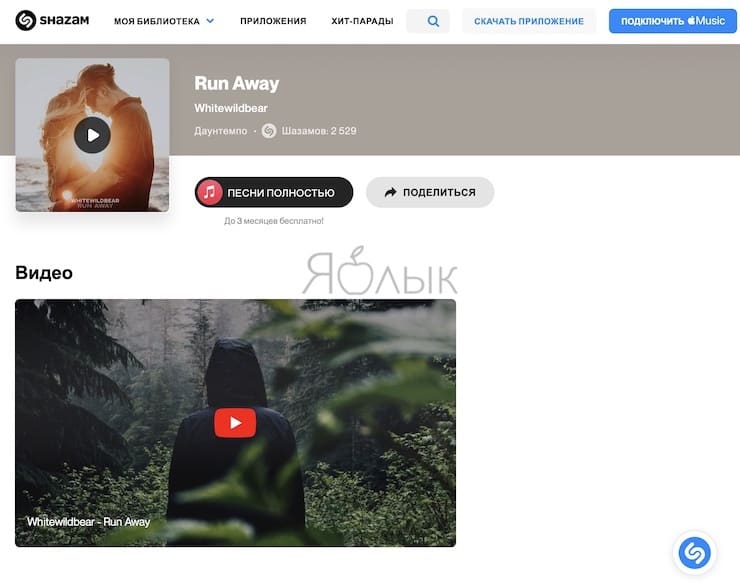 In addition, the web version of Shazam has a Hit Parades tab, in which you can view the TOP-200 of the most shazamed songs over the past 7 days. The service allows you to open both the world TOP and a list of popular songs in your city or country (you can specify). 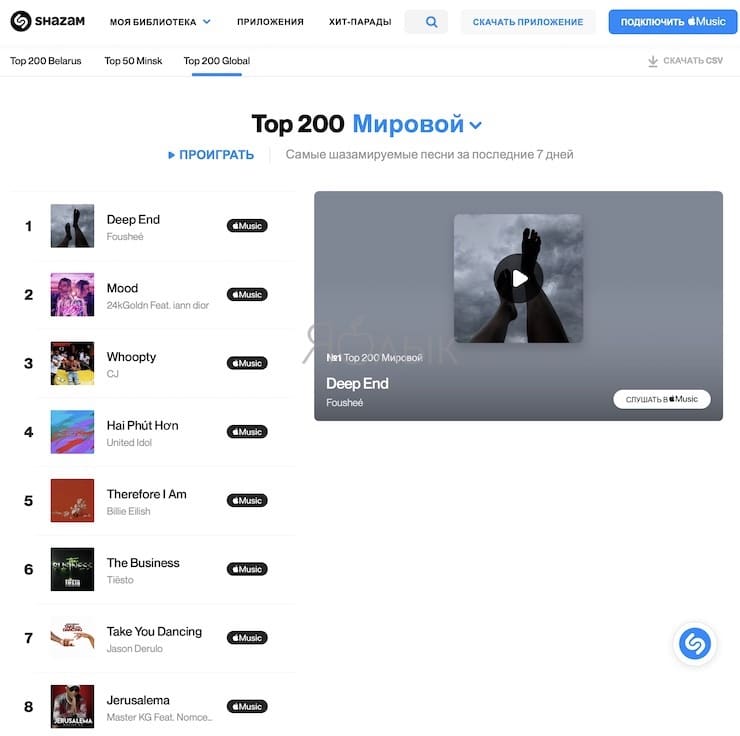 The Shazam update for iOS also requires attention. The program received a redesigned new interface from which obviously unnecessary elements were removed. Already found songs can be viewed with a simple swipe up, improved Shazam sync with Spotify and Apple Music. As a result, deleting a synchronized song from one service during subsequent check will no longer return the song to the library again.