Starting with iOS 11, Apple developers implemented a multi-touch feature that allows you to move application icons in groups, collecting them in a group from the entire screen in an arbitrary way. It is quite simple to do this and, for sure, such an opportunity will be useful for many users. 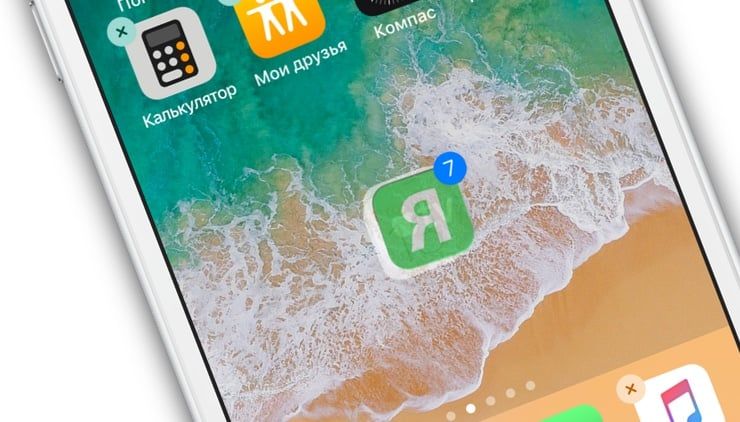 ♥ BY THEME: How to answer an iPhone call (Viber, WhatsApp, Skype) without touching your smartphone.

Actually, the function of moving several icons at once can be useful in many cases, such as: reorganizing the desktop, distributing programs by directories, transferring applications of different types to separate screens, etc.

For example, to pack a dozen games into a separate folder, you previously had to do ten operations, but now this can be done much faster by collecting all the icons in a group. To do this, follow these steps.

♥ BY THEME: What is eSIM: which operators and phones support it.

one… Press and hold on the icon of one of the applications to activate the editing mode (the icons will begin to wiggle, and a delete “cross” will appear next to them);

2… Start moving one icon across the screen and at the same time select (touch the icon) with the other finger the rest of the icons that you want to move;

3… After collecting all applications in a group, you should move it to the target screen or directory, and then remove your finger from the screen.

By the way, on iPad this way you can transfer application icons to the updated dock, which can hold up to 15 elements, as well as move groups of images, links and other data between programs in Split View mode.

♥ BY THEME: How to put on an iPhone or iPad a password of 4 characters (numbers) instead of 6.

one… Go to the home screen (screen with app icons) on your iPhone or iPad.

2… Press and hold the icon of an application until it starts to wiggle, then slightly move your finger so that the cross (“×») In the upper left corner of the program icon disappeared.

3… Without lifting your finger, tap on other apps to add them to the assembly.

4… Drag the collection to another application and release your finger. That’s all. You have created a new folder from several applications.

five… Click on an empty space on the screen to exit the icon editing mode.

You can easily move the collection of applications to the desired side of the screen or move several applications at the same time, but you will not be able to add a folder to an existing folder.

♥ BY THEME: How to enable the one-handed keyboard on iPhone for typing on the go.

one… Go to the home screen (screen with app icons) on your iPhone or iPad.

2… Press and hold the application icon until it “vibrates”, move your finger slightly so that the cross icon in the upper left corner disappears.

3… Without lifting your finger, touch the folder where you want to add the selected applications.

See also  Medical card in iPhone: what is it for, how to create and use it in case of emergency

Clue: You can simply move applications to a folder and release your finger.

five… Tap an empty space on the screen to exit vibration mode.