What is Assistive Touch (virtual Home button) for? The feature – one of Apple’s best practices for people with disabilities – allows you to quickly access specific applications and settings using gestures. This is useful when you do not have the ability to use the physical buttons on the iPhone (for example, the lock button or volume buttons are broken, and it will not be possible to fix the breakage quickly). 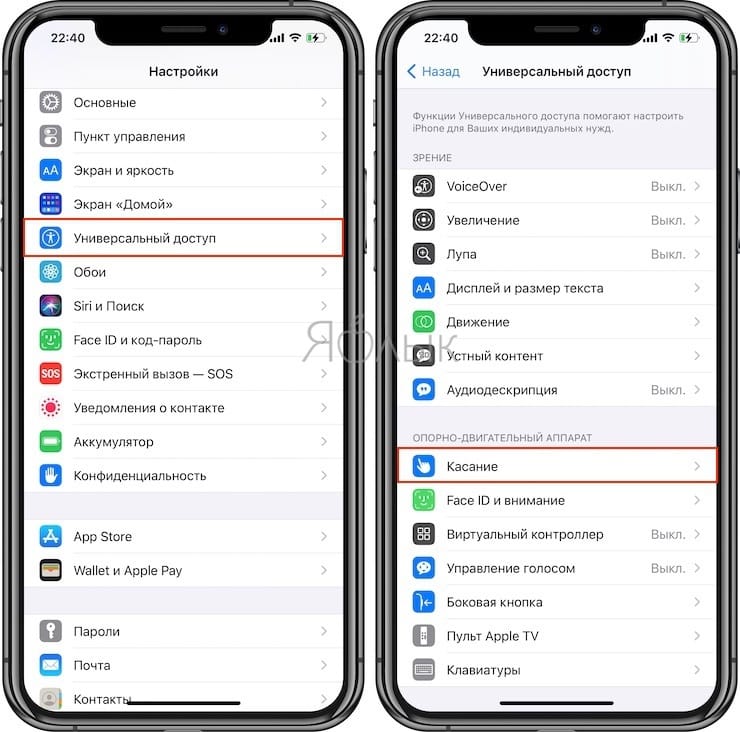 After that, a round button with circles in the center radiating from it will appear on the iPhone or iPad display. This is Assistive Touch. Now with its help you can also control your gadget. 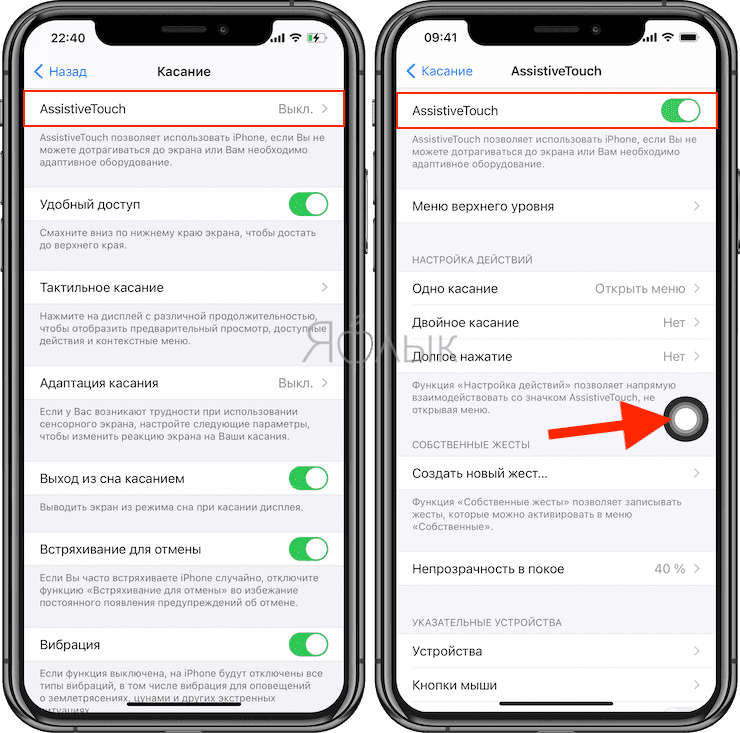 ♥ BY THEME: iPhone does not turn on or turns off by itself: causes and solutions to the problem.

The primary configuration of the Assistive Touch virtual button is changing the section settings: Top Level Menu, Configuring actions and Opacity at rest…

In this section, you can customize the layout of the Assistive Touch top menu items as you wish. 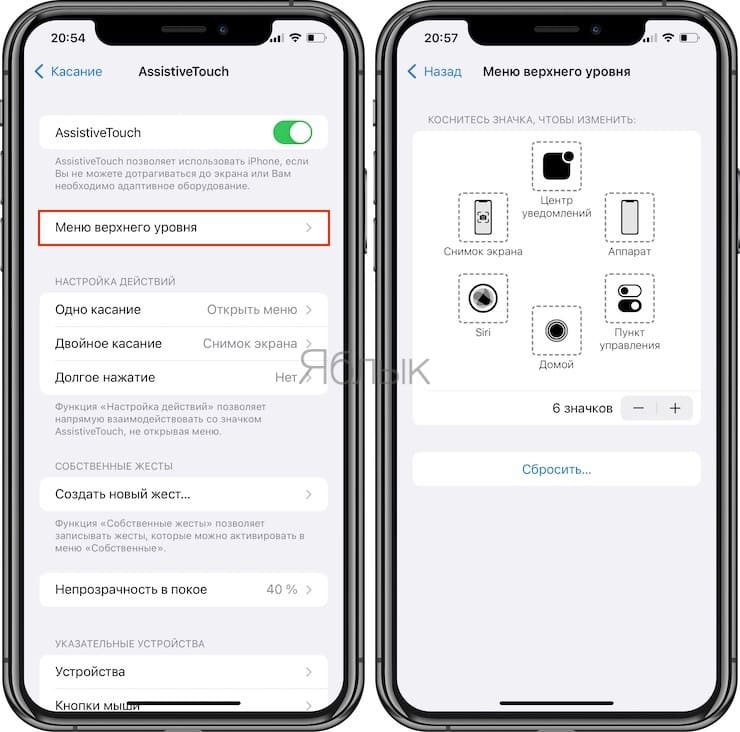 As you might guess, clicking on each of them launches the corresponding action – going to the Action Center, Control Center (there are a flashlight, calculator and other tools), simulation of pressing the physical button “Home” and so on. 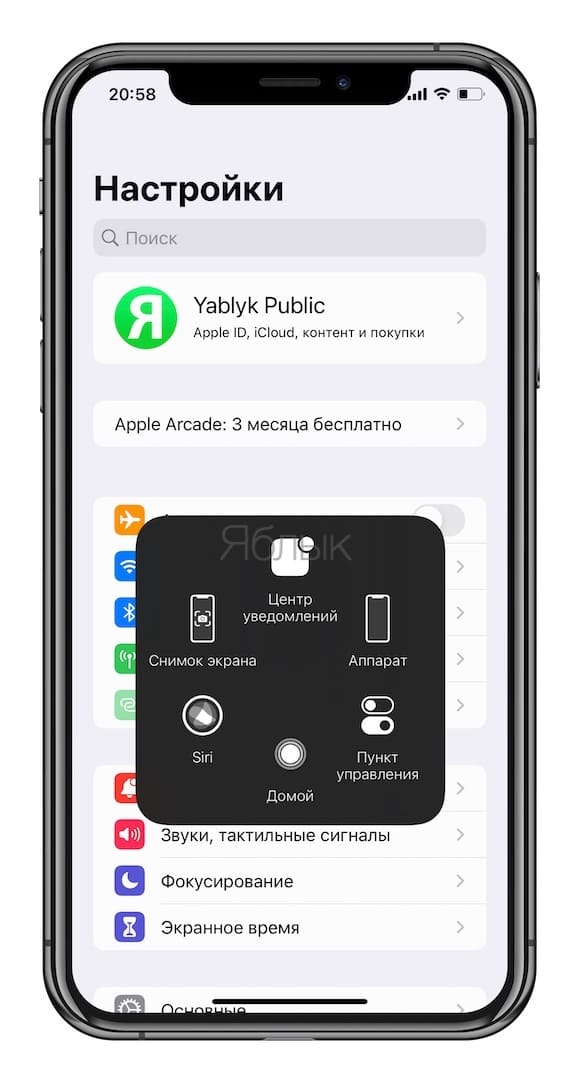 It is worth noting that some icons, for example, Apparatus, contain additional levels of functions: 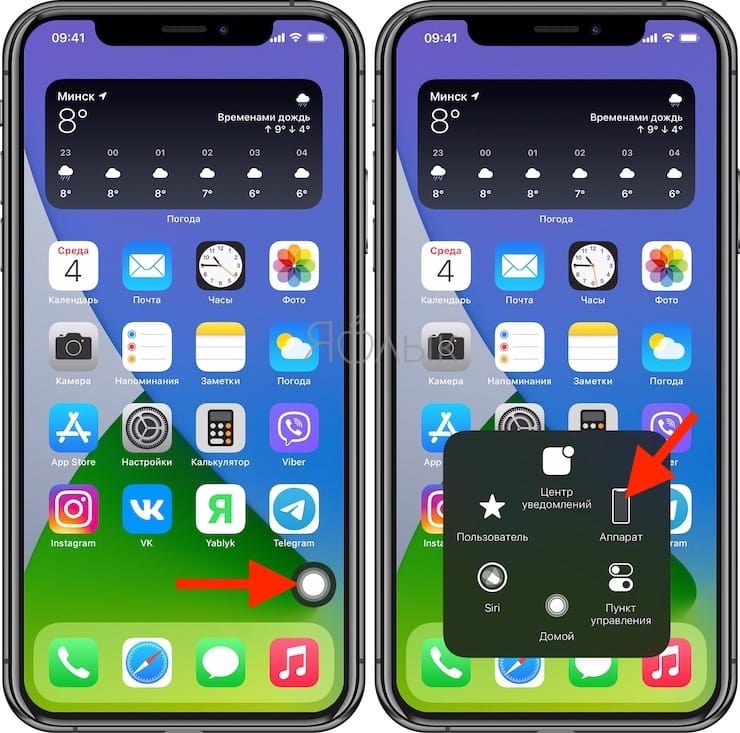 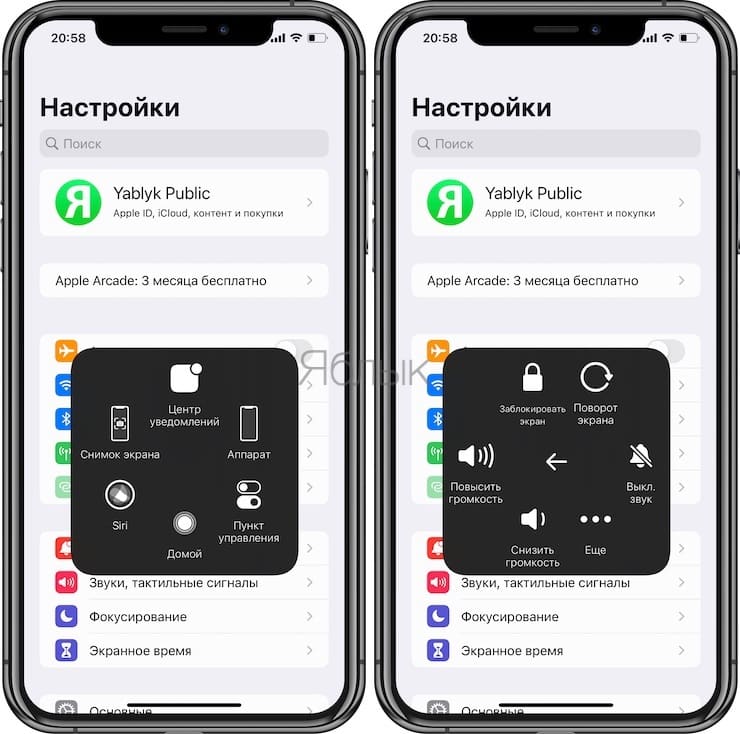 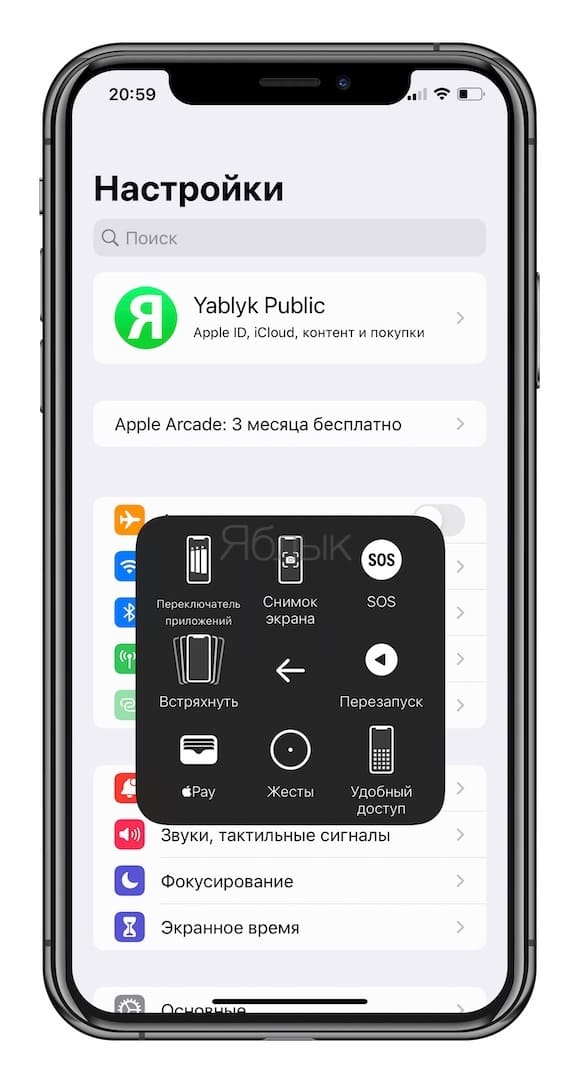 Instead of displaying a menu with icons, the Assistive Touch button can be directed to other actions with a single, double-tap, or long-press. For example, a single tap will take a screenshot, a double tap will turn on the camera, and a long press will lock the screen. 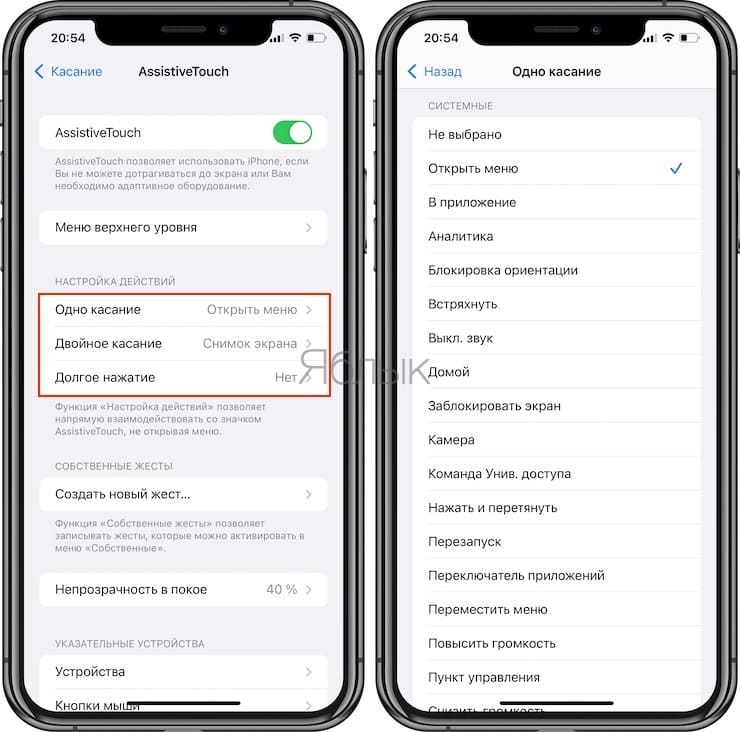 This section configures the visibility (transparency) of the button at rest (when not in use). 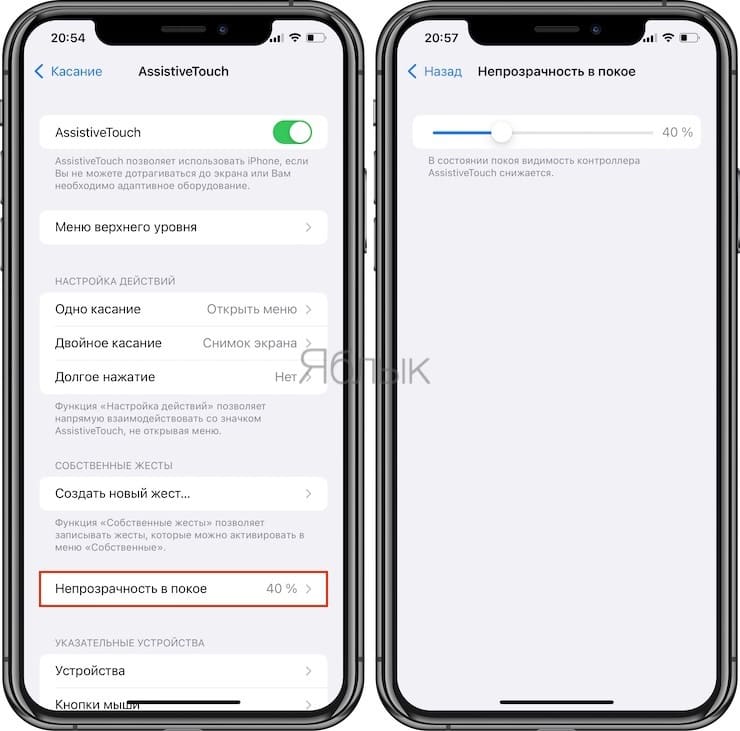