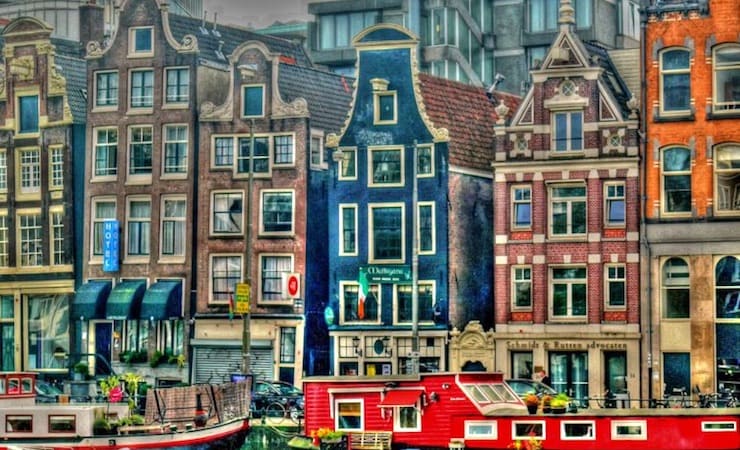 Every adult knows for certain that the Netherlands and Holland are, in fact, two names of the same state. At the same time, many mistakenly believe that the difference between them lies only in historical subtleties, while in reality everything is somewhat more complicated.

Which is correct – Holland or the Netherlands?

If we are talking about geographical literacy, then the name “Holland” does not apply to any of the regions of the country. There are two provinces, called North and South Holland, which differ from each other as Moscow and Leningrad regions. They have been the most developed and important areas since the late Middle Ages (in fact, since the beginning of the formation of a separate state of the Netherlands), determining the economic and political life of the entire kingdom. In particular, at the end of the 17th century, Peter I visited only these provinces within the framework of his Grand Embassy and, thus, brought the word “Holland” into the Russian language as a toponym for the whole state.

Today, the two “Holland” also remain the main subjects of the kingdom. The northern capital is Haarlem (the largest city in the province is Amsterdam, which is also the official capital of the state), while the Hague in South Holland has embassies of most states and, for example, the residence of the king.

What is the Netherlands? Literally translated into Russian, these are “lower lands”, so they called the modern territory of the Netherlands, Belgium, Luxembourg and southern Germany, and later the state formed from them was named.

Which territories belong to the Netherlands?

At the time of this writing, the Kingdom of the Netherlands consists of four entities: the founding country of the Netherlands, the islands of Aruba and Curacao, and part of the Sint Maarten island in the Caribbean. In turn, the state of the Netherlands has three more Caribbean islands: Bonaire, Sint Eustatius and Saba, as well as 12 provinces (Gelderland, Groningen, Drenthe, Zeeland, Limburg, Overijssel, North Brabant, Utrecht, Flevoland, Friesland, North and South Holland). 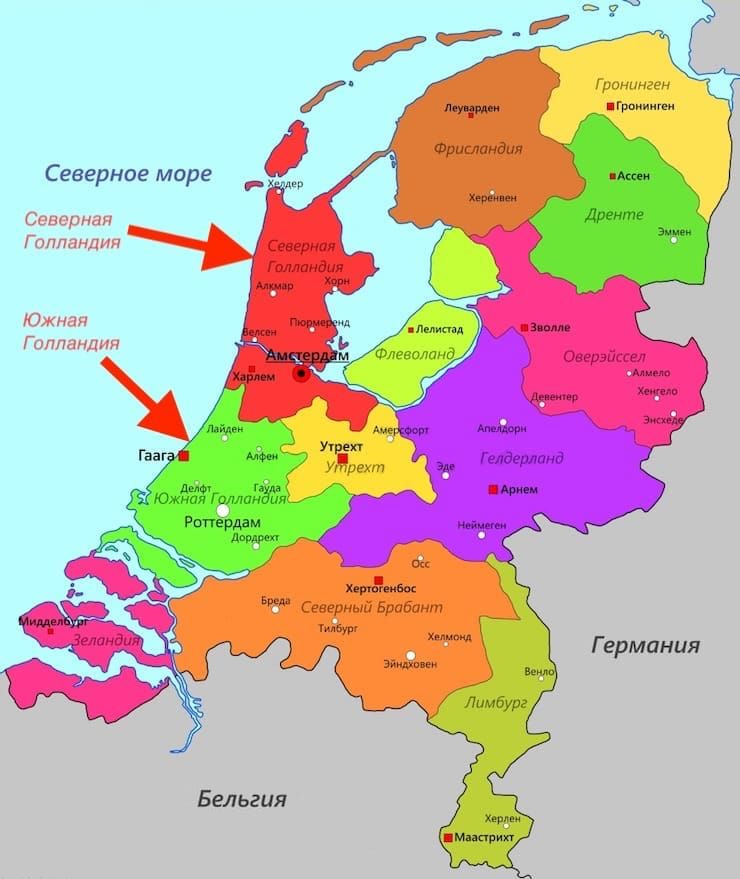 Without going into the details of the administrative division, we only note that Aruba, Curacao and Sint Maarten have a certain autonomy, their own legislative bodies and currency (Antillean guilder and Aruban florin), while the inhabitants of Bonaire, Sint Eustatius and Saba are citizens of the Netherlands, and the US dollar is used for calculations.

Note. Since January 1, 2020, all official institutions in the Netherlands have banned the use of the name “Holland”. This step was taken in order to form a unified national brand.

Why are Dutch people confused with Danes?

The Dutch language (like German and Danish) originated from the South Germanic group, and they all have in English a common etymology associated with the word “deot” (people). In fact, these languages ​​(“dutch” – Dutch, “danish” – Danish, “deutsch” – German) were called “folk” as opposed to Latin, but now the same root words often cause confusion. So, translators from English often call “dutch” (Dutch) Danes, and their language, respectively, Danish. Especially literate people manage to be confused even with the Germans.