If you recently purchased an HDMI cable, you could see firsthand how the prices for this product vary. HDMI cables with gold-plated contacts stand out from the total mass of proposals, and not only the price, but also the capabilities attributed to them. 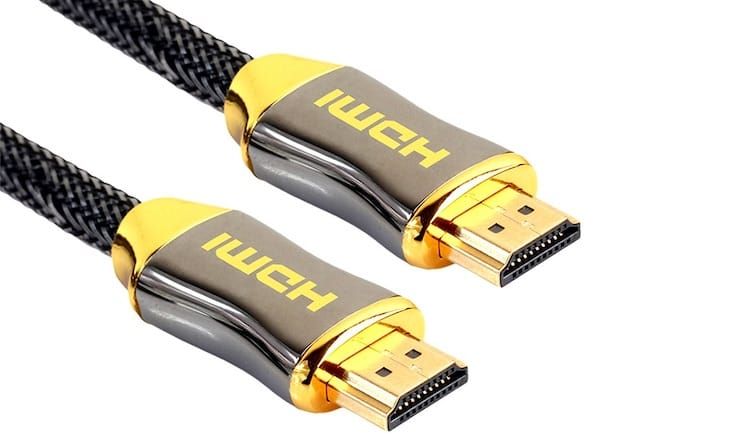 ♥ BY THEME: There are 16 circles in this picture, can you see them?

What are Gold HDMI Cables?

Gold plated HDMI cables are easy to spot on the counter due to their unusual shiny appearance. The connectors that connect to devices and screens are plated with a very thin layer of gold. This is how such cables differ from ordinary ones.

This extra layer of gold on the connectors makes the HDMI cable more expensive than a traditional product. And the increased price immediately begs the question: Are gold HDMI cables really better than regular cables?

Will the picture quality be better if I buy a gold HDMI cable?

One of the most popular claims that gold HDMI cable manufacturers cultivate is improved signal transmission using gold plating. It is believed that electricity passes through gold better than in conventional cable, so the signal degradation and loss will be less when the signal passes through the cable.

But there is one flaw in this statement – HDMI cables are designed for digital signal transmission… In the middle of the 2000s, a massive replacement of analog TVs with digital ones began to take place. Loss-in-the-cable claims date back to the time when a bad signal resulted in a blurry or poorly detailed picture.

In analog technology, data is transmitted using a signal in the form of a waveform. Such signals were susceptible to interference and could be misinterpreted, sometimes resulting in a blurry image. But digital signals are, in fact, only one or zero. There are no options for misinterpretation – either the picture is here or it is not.

By connecting any HDMI cable and receiving video without errors, the image quality can already be considered the best. There is no point in purchasing a gold cable and getting an even better picture. After all, this would indicate that gold cables can transmit better quality ones and zero, but this does not happen in principle.

If the HDMI cable breaks or is of poor quality on its own, then you will see white dots all over the screen. They are also called simply “snow” or “sparkles”. The essence of this problem is that the very “one” and “zero” do not reach the receiver at all. We are talking about a poor-quality cable, and not about a lack of gold on its contacts. It is also important to remember that both standard and high speed HDMI cables are available. They differ in support of certain permissions.

♥ BY THEME: How to make a brazier, an aquarium, a bench, a lamp, a mailbox, motorcycle trunks, etc. from old Macs. (30 photos).

Some gold HDMI cable sellers often say that this premium product has lower signal latency than regular cables. This parameter is really critical for games, it depends on how much faster the player’s actions will be visually performed on the computer screen or a TV connected to the console. And again, we can mention that certain manufacturers justify the difference in latency by the slower passage of electricity through conventional connectors relative to gold ones.

But with this theory, too, not everything is so obvious. While people argue about the effectiveness of gold plating on connectors, even premium HDMI cables use copper as a wire inside… This limitation means that the signal travels almost all the way at the same speed as any other standard HDMI cable.

Buying a gold HDMI cable to reduce latency is similar to buying a fast car to drive through traffic. You can get in and out of a traffic jam faster, but inside it you still move at the same speed as the entire stream.

If you are looking for better response times, then there is no need to spend on an expensive HDMI cable. It is better to buy a high-quality gaming monitor with low response time and support for HDMI 2.1 functions, since there are many options on the market for almost any budget.

♥ BY THEME: 70 interesting facts about IT technology that you might not know about.

Is there any use whatsoever for HDMI cables with gold plated connectors?

So far, we have been rather skeptical about the so-called “facts” that manufacturers instill in us by recommending gold-plated HDMI cables. But still, why should the golden HDMI cable be preferred over the usual one. There are several reasons for the superiority of this premium product over its counterparts.

♥ BY THEME: How to pronounce Xiaomi in Russian and what does this word mean.

All of our computers and gadgets contain some amount of gold. The valuable metal is located on the boards and contacts. There is an important reason for the use of gold in electronics – this metal is rather slowly corroded and destroyed.

The gold present in electronics simply protects it from corrosion. After all, damage to the internal contacts will lead to premature failure of the device.

But do not rush to disassemble your devices and look for valuable metal there. It is estimated that a typical modern phone contains only about 50 milligrams of gold. And it costs about 40 rubles at current prices – this is clearly not enough that disassembling the smartphone made sense.

In other words, living in an area with a real metal corrosion problem might force you to purchase an HDMI cable with gold contacts. Such a product will simply last longer. And the destruction of metal is manifested in conditions of high humidity and concerns people living by the sea, rivers or those who are sailing. If your area has high humidity levels, then a gold-plated HDMI cable will really last longer thanks to its spray protection.

HDMI cables with gold connectors give a premium feel

Let’s be honest – while the performance statistics for HDMI cables with gold connectors may be cheating, this product looks quite impressive. The manufacturer took care of the appearance of the product. The consumer feels that he has got into the hands of an elite-level cable. And even if its characteristics do not differ from the standard inexpensive cable, even the visually “golden” product will look richer. But anyone wants to stand out from the crowd, even at the expense of such a spectacular accessory.

Does it make sense to surcharge for a gold cable?

If you have the opportunity to purchase both gold and regular cables, which one should you choose? Based on the foregoing, there are practically no reasons for overpaying. This kind of product may be needed by people whose environment is conducive to corrosion and those who want to feel their elitism. For the rest of the people, the capabilities of ordinary cables will be enough – they will also serve qualitatively.

See also  Evoland game: a unique RPG in which the quality of the graphics changes as you progress

But there is also an unexpected problem. It will be trivial for you to find a store that sells cables without expensive spraying.

In the end, you can end up buying gold cable, especially at a good price, even knowing that it is no better than regular cable. But even if you can afford to pay more for gold, don’t be fooled by the claim that such a cable will be better.

While there is nothing wrong with gold-plated HDMI cables, the myths surrounding them make this product look better than it actually is. But if you’re able to get a regular cable, you don’t need to pay extra for the gold one. Only a certain and small group of people really need it.

Where to Buy a Good Gold Plated HDMI Cable?

We suggest that you familiarize yourself with the quality inexpensive options for HDMI cables offered on AliExpress. 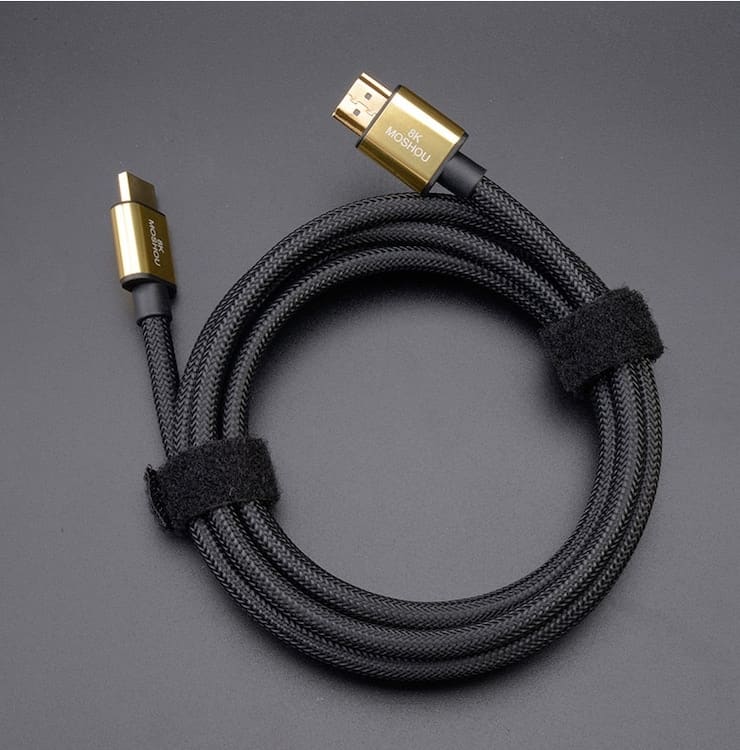 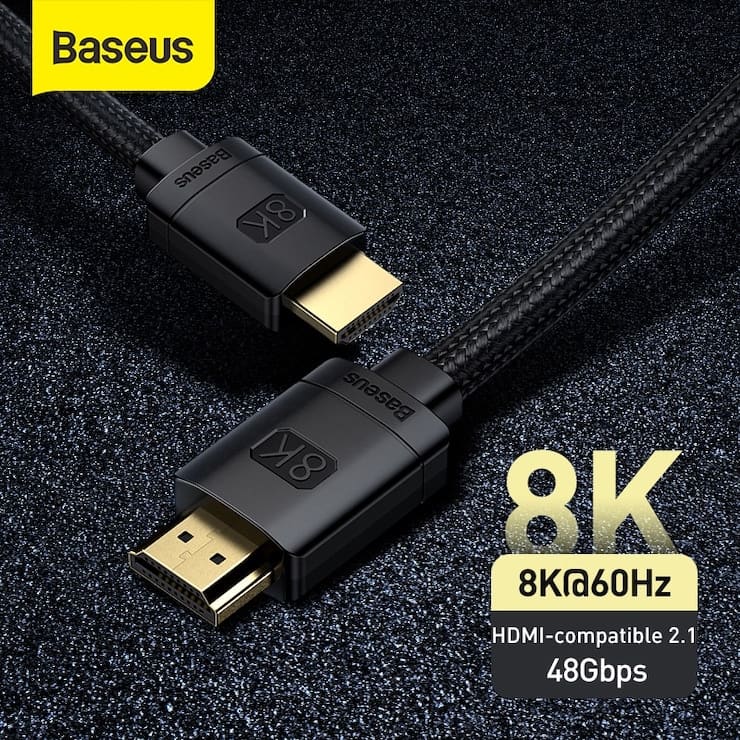