Aspiring developer Su Min Kim undoubtedly knows what a spectacular exit is. Proof of this is his first mobile game, Gleam of Fire. Fans of action platformers will surely appreciate this retro arcade game full of enemies, battles, attacks and combos, monsters and their bosses. Despite the simplicity of the plot, the project does not need any “advanced troubles” to attract the attention of the players. 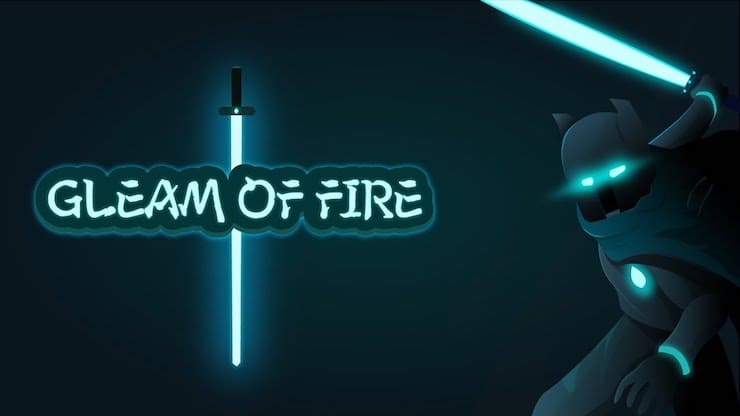 Download Gleam of Fire for iPhone and iPad (App Store)

In terms of gameplay, Gleam of Fire is an excellent platformer. Along with an aging Batman-like character with a beer belly, you have to complete over 30 hand-drawn levels, lighting torches with an arrow along the way. Three torches are hidden at each level, if you find and set fire to all of them, then at the end of the level you will receive three stars.

The main character can jump, shoot a bow and use different types of attacks to avoid obstacles and fight monsters. However, the game is by no means as simple as it seems – according to the tradition of the genre, you will have to die often. 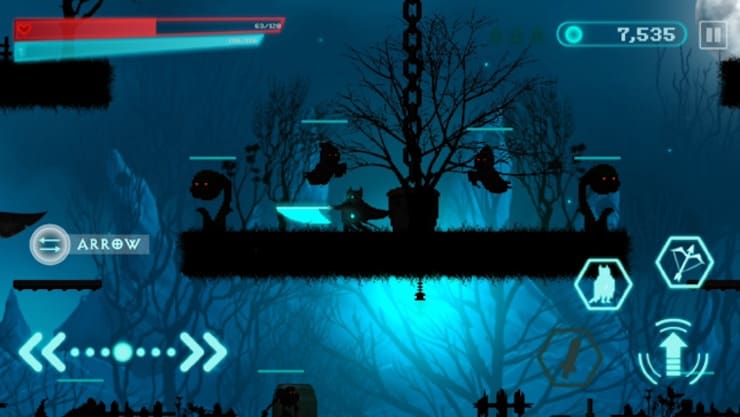 Each death returns you to the beginning of the current level, which you have to go through again, which is sometimes a little annoying. The gameplay itself largely depends on timing – even a slight delay or premature movement can lead to the death of the hero.

Separately, it is worth noting the control of the game, which may seem uncomfortable to someone. In addition, there is no way to speed up or slow down the movement – the hero either just moves, or stands still. 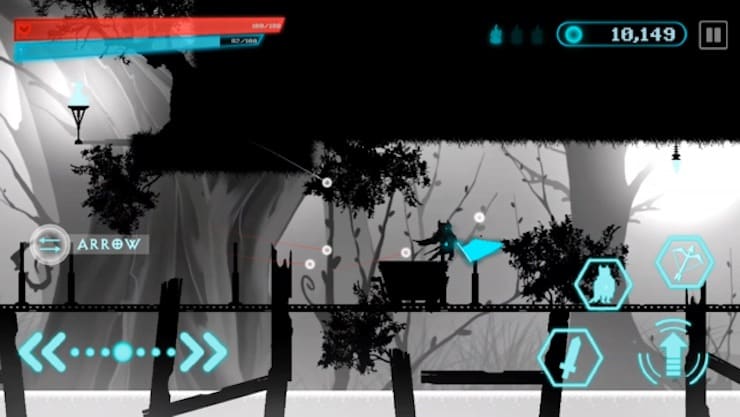 Despite some control features, Gleam of Fire is a project with great potential, capable of captivating for a long time, not least thanks to the gothic graphics, executed in black and blue tones.

The game offers three worlds with 10 levels, at the end of which you will find a battle with a boss. At the top of the menu there is an upgrade button, with which you can add additional features and resources to your “Batman”, using the stars and balls of light collected at the levels. There are not too many options: health, mana, standard and special attacks. 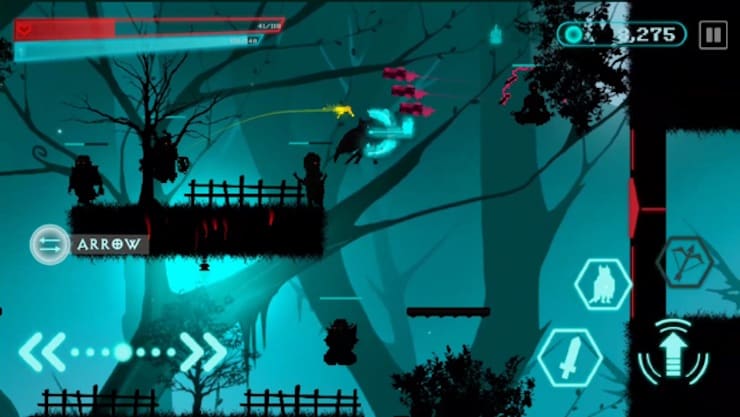 As you progress through the levels, it becomes more difficult, so you will have to upgrade your character often. Gleam of Fire can be very insidious – once you’ve learned how to deal with monsters, a new obstacle appears in the path of your character. What’s interesting is that if you run, the enemies won’t catch up with you. In addition, they do not change position when your hero dies and you have to start the level all over again, providing an opportunity to study the environment and prepare for a meeting with the enemy. 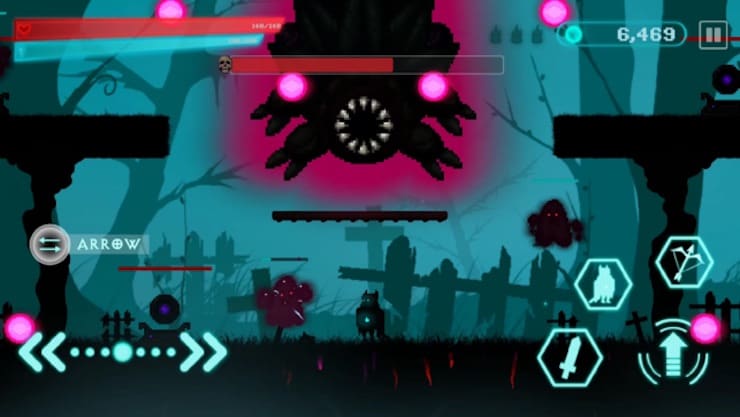 Contrary to the description of the game in the App Store and the words of the developer, Gleam of Fire cannot be called a full-fledged metroidvania. The game lacks two important elements: the connectivity of one level with another and the ability to backtrack to previously inaccessible places when gaining new opportunities and skills.

Gleam of Fire is a great gift for all fans of 2D platformers, challenging gameplay and metroidvania-style games.

The game Gleam of Fire is offered in the App Store at a price of 379 rubles. To download the app, you need an iPhone, iPad, or iPod touch with iOS 11.0 or later.

Download Gleam of Fire for iPhone and iPad (App Store)