“Fishermen and winegrowers. At the beginning of change “- the second part of the novel by Mikhail Kharit 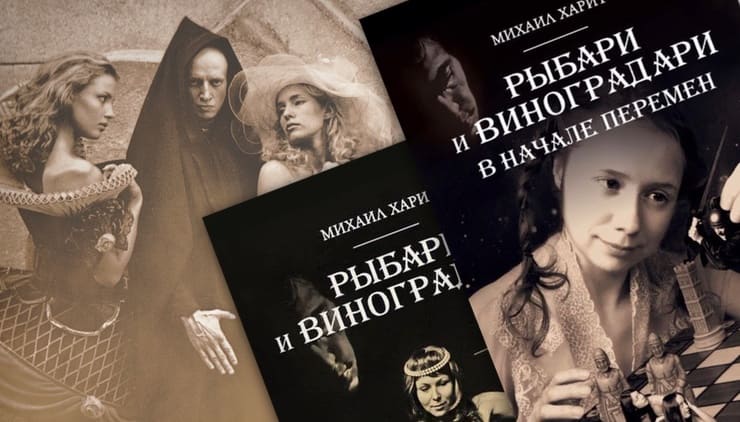 Five years ago we talked about the science fiction novel by Mikhail Kharit “Fishermen and Winegrowers. The Queen accepts on Saturdays “, which is difficult to limit the scope of one genre. And so, in 2021, the publishing house Ripol-Classic publishes the second, final part of the adventure thriller written in the style of magical realism – “Fishermen and winegrowers. At the beginning of change. “

When planning to read a book of a hitherto unknown author, each reader seeks to find out his brief biography in order to be convinced of the seriousness of the written work, because a huge number of creations of modern popular literature are written by anonymous authors under pseudonyms-brands and the names of well-known writers.

The novel “Fishermen and Winegrowers” is the first work of fiction by Mikhail Kharit, whose authorship has been published several hundred scientific and educational works, including articles, an encyclopedia of architecture and monographs on religious studies. 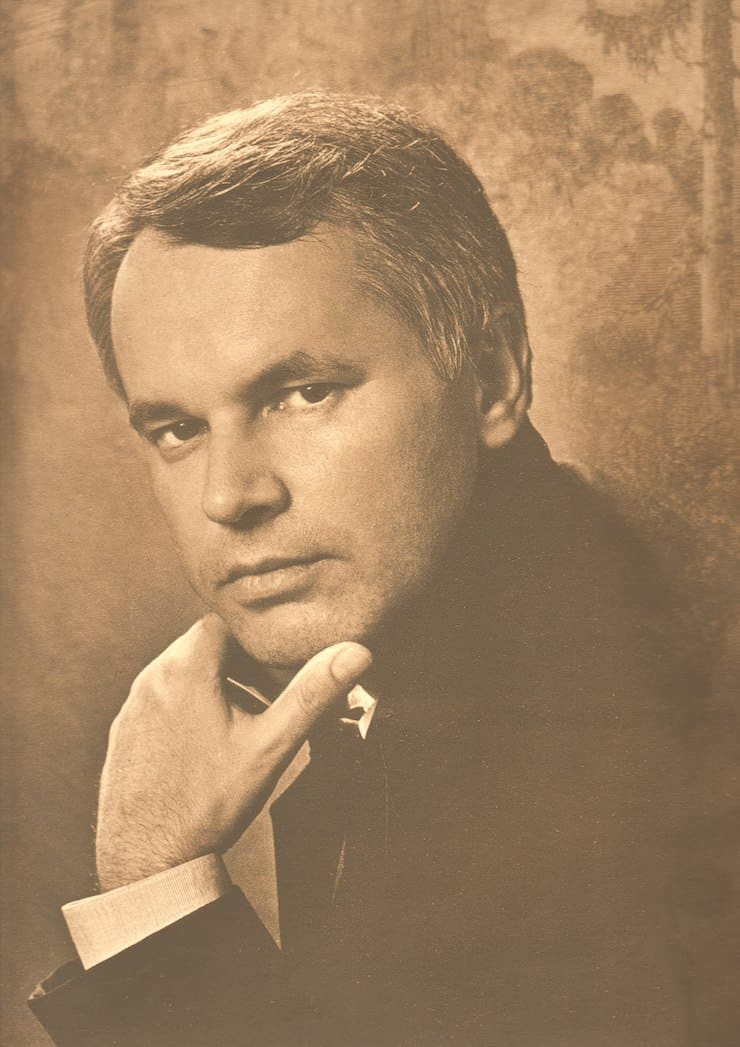 As a doctor of technical sciences, Harit also devoted a lot of time to the study of issues of religion, mystical cults, psychophysical anomalies and other phenomena that are alien to the standard-minded technician. This knowledge, coupled with the basic education and general erudition of the author, form the heterogeneous narrative language used by Fishermen and Winegrowers – one reader will “swallow” the book, mistaking it for an adventure novel, and the other will devote a lot of time to considering the philosophical questions proposed by Harit.

Who are fishermen and winegrowers?

The epigraphs to the novel explain the title of the book:

“Rybari” is the Old Slavonic designation of the apostles of Jesus.
“Vinegrowers” ​​are the names in the Bible for those whom God has entrusted to look after the Earth.

“Fishermen and winegrowers. The Queen accepts on Saturdays “ 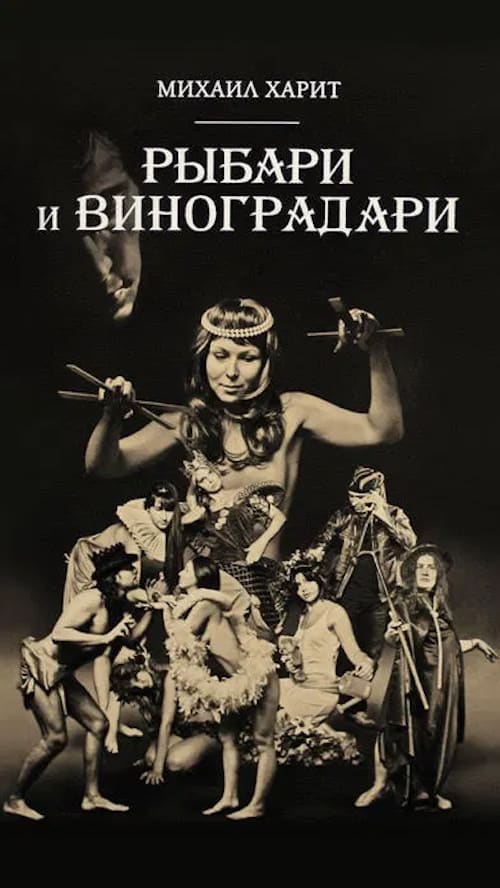 Naturally, before reading the sequel, you should familiarize yourself or recall the events of the first part of the dilogy. In it, the narration was carried out on behalf of four main characters who have to save the world from the already come biblical Apocalypse:

Thus, in the first part of the novel, the reader moved from simple to complex, more and more immersed in the universe described by the author.

But with what actions did mankind anger the Creator that he decided to arrange the end of the world? Here is the answer we get from the lips of one of the heroes:

“You’ve broken your balance. One part within you longs to destroy the other. Half of the world wants gentiles to disappear, others want to exterminate religious fanatics. Some hate the rich, others hate being hungry. The wise despise fools, those are sick of the clever. For eight thousand years, Cain kills Abel. Previously, the brother simply strangled his brother, and now he uses missiles and tanks. Everyone is thirsty for carnage, but this is the apocalypse. It is you who create the End of the World with your desires. You ask and it will be given. “

“Fishermen and winegrowers. At the beginning of change “ 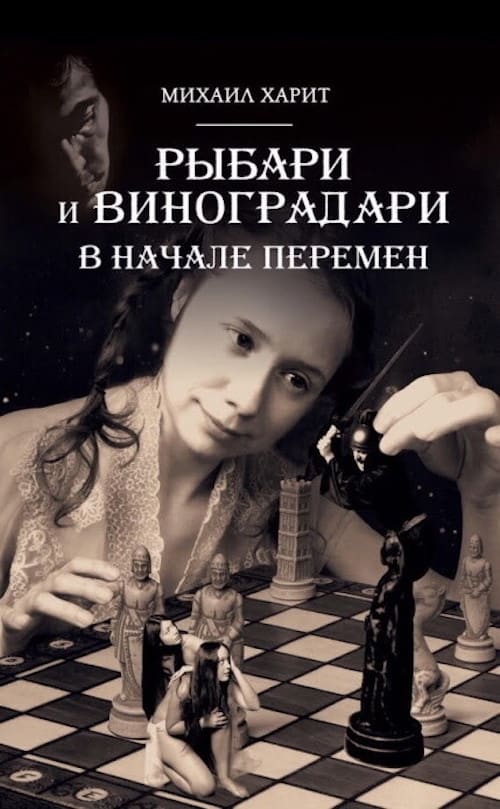 In the sequel, Harit again divides the narrative into four sections, written from the point of view of different characters, and each has its own level of comprehension of what is happening – from the cosmic to the everyday look:

The task of the main characters is not just difficult, it reaches the limit of possibilities – they need to resist the Creator himself, God, the Almighty, in order to reverse the Apocalypse that has begun. Moreover, each of them has its own struggle, which is part of the frightening process, and its final stage will be the end of the world.

According to the text structure, the novel “Fishermen and Winegrowers. At the Beginning of Changes ”is extremely versatile and mosaic. The variety of interweaving of various ideas, concepts, meanings and symbols is striking; topical jokes are combined with “facts from yesterday’s newspaper” with a deep interpretation of ancient texts, images and motives. The polyphony of ideas, thoughts, images, metaphors and allegories makes the book an example of a postmodern text.

Quotes from the novel “Fishermen and Winegrowers. At the beginning of change “

“Life is incredibly entertaining. It’s just too short. As you begin to understand something, the allotted time ends. Maybe this is done on purpose. “

“Religions claim that the universe is a word. Although no one really understands what this means. The word is made up of letters. And these tiny symbols are parts of the universe, like cells are parts of our body. Or icons, numbers and letters are parts of a computer program. Move the cells of the body, and a disease will arise, change the number, and the computer will go wrong. Change the consonant, and everything around will be different. “

“Saturday is a special day. If only because it comes after Friday night, which is better not to be remembered in vain. Many relax diligently at the end of the work week, and Saturday fades from memory. But in vain! “Remember the sabbath day!” – strictly carved on stone tablets. “

You can buy both books of the Fishermen and Winegrowers dilogy on the author’s official website, both in electronic (400 rubles) and paper (800 rubles). In addition, the first part “The Queen takes on Saturdays” is available in audio format (voice acting by Sergei Chonishvili).