When posting photos on Instagram, everyone wants to get as many “likes” as possible. In pursuit of recognition, some Instagrammers are even ready to put their lives in danger, as evidenced by photos taken in the most unexpected places and under the most unexpected circumstances. We bring to your attention 20 extreme pictures from Instagram, when you look at them, it takes your breath away and stops your heart. 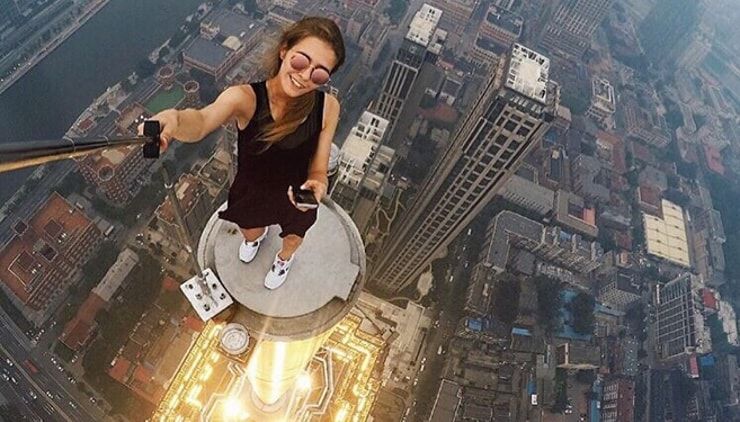 Viki Odintsova published a literally dizzying video on Instagram. A fearless girl balances above the ground on a narrow crossbar in a skyscraper in Dubai …

…But nothing compares to the result of this wild shoot…

Video from the famous daredevil olegcricket is impossible to watch without closing your eyes.

♥ BY TOPIC: Photos of the most beautiful places on Earth on Instagram: 10 best accounts.

Harry Gallagher caught everyone’s attention by climbing to the top of the second tallest skyscraper in London, One Canada Square (50 floors, 244 m).

James Kingston filmed this breathtaking video atop the second tallest building in Ukraine.

Instagrammer Jack Morris took this creepy photo atop a skyscraper in Bangkok, Thailand.

♥ BY TOPIC: How to upload photos and videos to Instagram from a Mac or Windows computer.

… And by climbing it, Instagrammers put their lives in great danger.

Pedra da Gavea in Rio de Janeiro is one of the highest cliffs in the world. Its height is 842 m above sea level.

Stuck between two rocks, the Kjeragbolten stone in Norway attracts desperate instagrammers like nothing else.

Despite the fence and warning signs, the rock called the Wedding Cake in Australia is a huge hit with photography enthusiasts. Geologists assure that it can collapse at any moment.

A favorite place for amateur photographers is also the rock Trolltunga (Trolltunga) in Norway. In 2015, a young girl died here, falling down from a great height. According to the local guide, it was only “a matter of time”.

ON THIS TOPIC: How to set up (enable/disable) any notifications on Instagram.

One of the most dangerous places on earth is Mount Huashan in China. They say that up to a hundred people die here every year, but this does not stop true instagrammers.

Brothers Valentin and Roman took this stunning photo in Norway on the 604m Preikestolen cliff.

Murad and Natalie Osmann love to be photographed in unexpected places around the world. This photo was taken at the top of a skyscraper in Las Vegas…

…And this one is on a skyscraper in Dubai.

See also  How to copy, cut and paste text, photos and links on iPhone and iPad: all the ways