It is difficult to find today a person who would not have this or that gadget. Even retirees master smartphones or use readers, and children cannot imagine their life without mobile phones at all. All this equipment is constantly next to us – at home, at work, on vacation. And telephones have long been transformed from a communication tool into a multimedia and entertainment combine. Smartphones help both work and study. But the active use of such devices leads to their discharge. 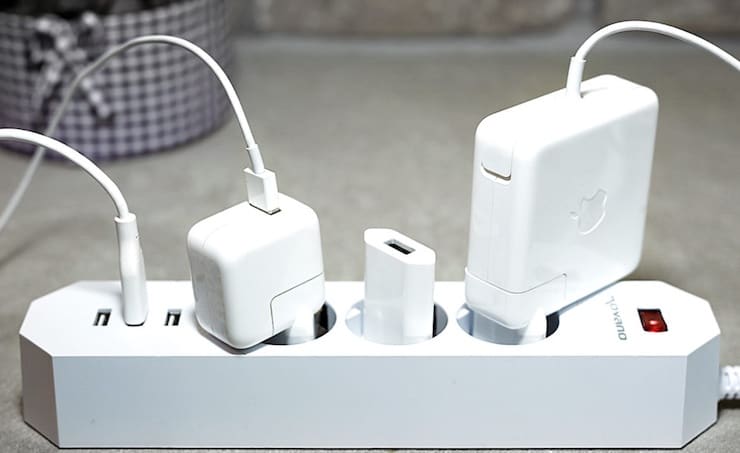 ♥ BY TOPIC: Thank you host! How to teach iPhone to speak when connected to a charger?

Is it safe to leave the charger (power supply) in the outlet?

According to experts, there is nothing wrong with the power supply working without load, being connected to an outlet. Manufacturers of the world’s leading brands of mobile devices initially provided that this is the scenario for using the device will be used by the majority of people, so they paid due attention to security issues. As a result, you can leave the charger in the outlet at all times, nothing will happen to it.

♥ BY TOPIC: 5 best fast GaN chargers from AliExpress for iPhone, iPad and Mac.

Do I need to unplug the charger to save electricity?

You will have to decide this issue yourself. The connected power supply does consume energy, albeit a little. So, charging for a smartphone itself consumes about 5 watts per day. In total, it will run up to 2-3 kW per year. It is unlikely that electricity bills will significantly increase from several chargers connected in different places of the apartment. But they will become consumers of electricity.

♥ BY TOPIC: Fast charging for iPhone: which models are supported and which charger you need to buy.

Is it possible to leave the charger in the outlet during a thunderstorm?

Thunderstorms are a serious risk factor for all household electrical appliances, including chargers. It is better to pull them out of the outlet at the time of bad weather.

Can I leave a charger in the socket that heats up even without load?

If your charger is connected to a smartphone or tablet and heats up during its operation, then there is nothing to be surprised at. But if, even after disconnecting the consumer, the unit remains hot, it is better to pull it out of the outlet. It is possible that the charger is faulty or there is some problem with the electrical network. This happens in apartments where there has not been enough time devoted to creating a safe electrical network, or in rural areas. It is better to replace the constantly heating charger with a new one as soon as possible, because its further use is fraught with unpredictable consequences.