The product of the Swedish studio Image & Form, called SteamWorld Tower Defense, even though it was released for the Nintendo DSi, was noticed and appreciated by gamers. The company decided not to develop the original genre of the game, but to use the existing successful style. The main thing is that the idea caught on. 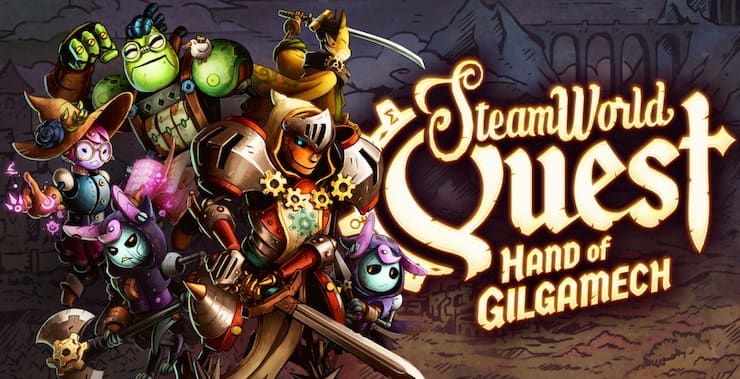 This is how a whole drawn world appeared with grotesque and recognizable characters, bright, juicy and cheerful with a bunch of Easter eggs and self-irony. And in the SteamWorld universe, a whole scattering of games with a variety of mechanics has appeared: the platformer SteamWorld Dig, the fantastic turn-based strategy SteamWorld Heist, similar to the action-RPG SteamWorld Dig2. But they are united not only by the style, but also by the heroes. 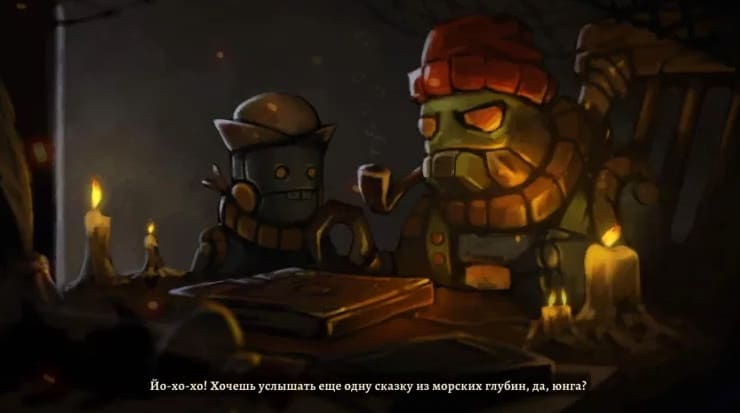 Once again, the Swedes decided to experiment with genres. Their new creation is difficult to describe in one word – it is a kind of mixture of card games, RPG and fantasy. The story begins with the fact that two characters – Armilli and Copernicus, go into the forest in search of an important mushroom. The heroes, which is usual for the world with references to steam-punk, are the very steam glands. Only one of the girls is a classic warrior in armor, and the other is a bespectacled wizard in a wide-brimmed hat. The classic combination is a warrior and a magician! 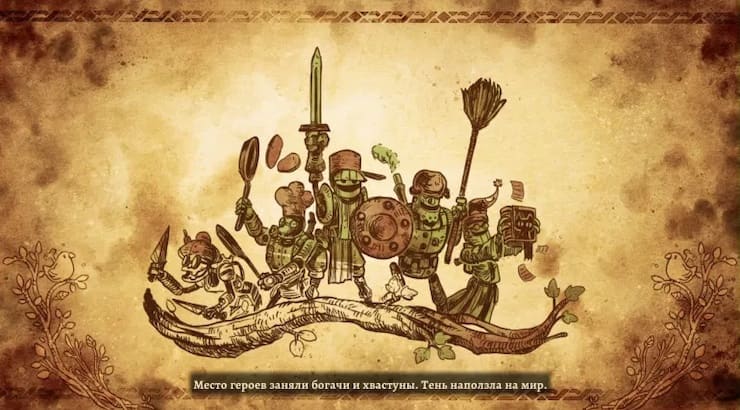 Our heroes quickly find themselves in the thick of things, where we must manage to destroy the plans of our enemies and look for powerful artifacts. The creators of the game were not afraid to mix genres and jump from one to another – it’s even more interesting this way!

The plot leads us through 19 acts, but besides the main path it will not be difficult to find branches. There, our heroes will be able to find treasures, gain experience and pump themselves in the fight against enemies, smash their heads over riddles or buy from a merchant. Three more characters will join Armilli and Copernicus over time, complementing the team and significantly increasing the variability of combat tactics. 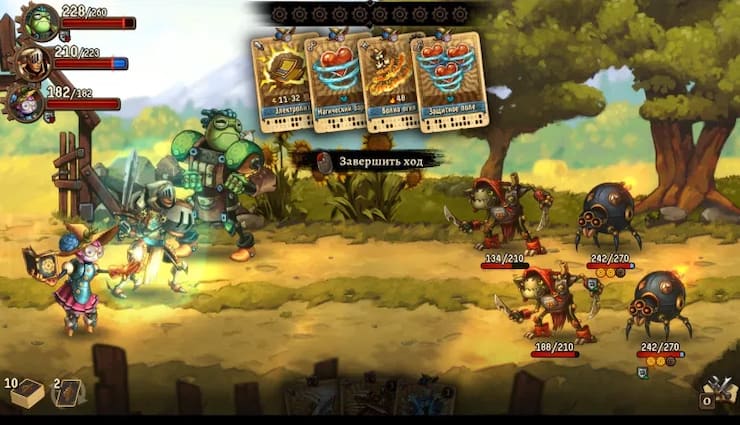 Combat is a key element of the game that cannot be ignored. So if you are not a fan of card RPG battles, then you will have to dive into this world. Before the battle, the player will have to choose those three characters who will defend the honor of the glorious squad. And here the decision must be taken deliberately, because the heroes can act in concert and complement each other. Each character has his own deck of 8 cards – the very same combat skills. The player receives six cards from different heroes in his hands and lays out three cards as his turn. Each of them has its own effect, certain combinations play in their own way, up to combos.

See also  How to make, download and set your ringtone on iPhone 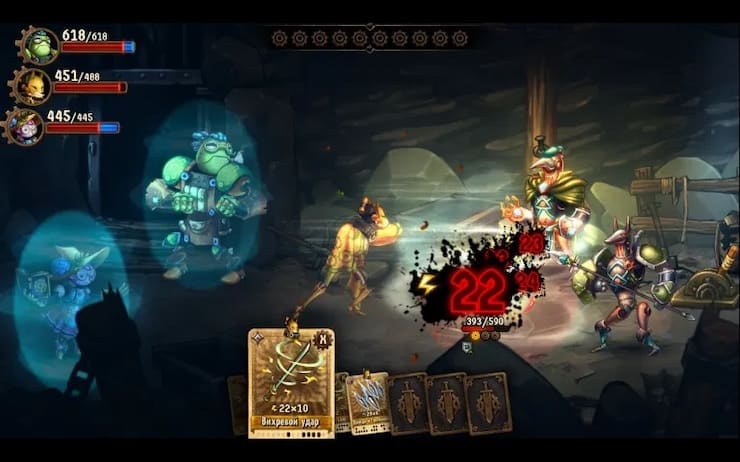 After the opponent’s move, the number of cards on hand is added to six. Some cards – ordinary spells and blows that give a resource, an analogue of mana – gears. Other, more cunning abilities, just require the use of accumulated magic. Some cards are one-time use, and those that have been cleared can be used again after being shuffled due to a prolonged battle.

Our heroes start with the simplest set, and the friends who join will initially own the pumped cards. And the more complex the weapons become in the deck format, the more varied the strategy will be. 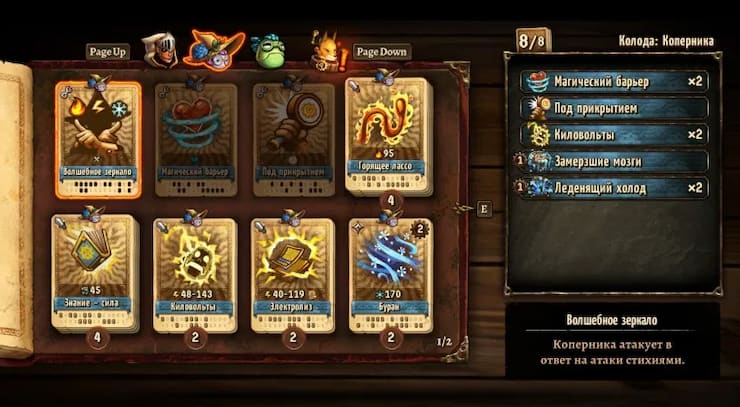 Of course, our main weapon – cards, have to be mined in this fabulous world, since there are many opportunities for this. The cards are in hidden chests, in some locations, or they can appear by simple crafting. In total, each character has 20 elements in the luggage, but as already mentioned, you can take only 8 of them into battle. 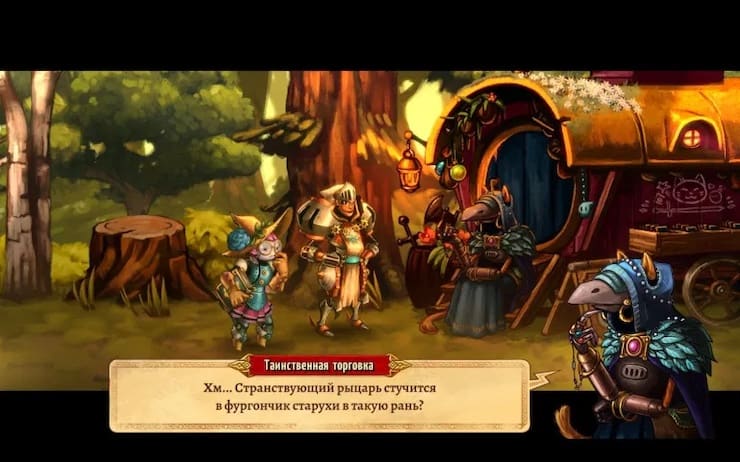 Decks will have to constantly shuffle and adapt to opponents who are very different in their fighting techniques and defensive mechanics. There are over a hundred unique cards in the game. And the specialization of our characters in one direction or another (magic, physical damage, dirty tricks) help to more clearly define the skills of the squad. The experience gained during the battles improves the characteristics of the heroes, everything is standard here for an RPG. 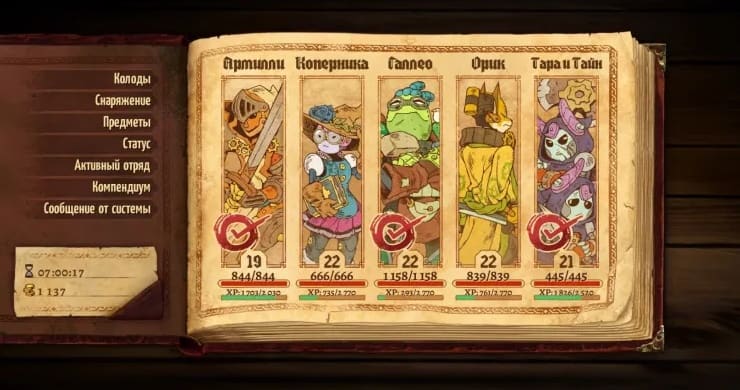 SteamWorld Quest Hand of Gilgamech is not a traditional roguelike, but more of a story-driven story. The company itself appears to be relatively linear, with confusing locations and offshoots trying to fix it somehow. Nevertheless, you will have to immerse yourself in the game for 15-20 hours. But the fun game universe created by the Swedes does not force players to strain at all, but simply gives them pleasure from a juicy picture, a general hand-drawn steampunk style, selected music and rich sound. And all this is abundantly seasoned with sharp humor. Yes, by the end of the game you will understand that there is no point in shuffling cards and fighters – proven bundles will pull out almost any fight.

See also  How to check the battery power of AirPods on iPhone, iPad, Apple Watch or Mac 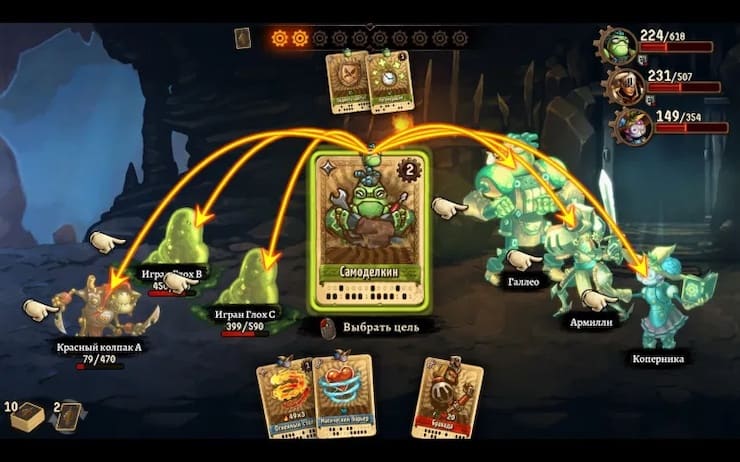 It turns out that with the increase in the level of the game it becomes even easier. Perhaps the SteamWorld Hand of Gilgamech can be forgiven for this slight imbalance. Still, the advantages of the game outweigh its disadvantages, and Image & Form perfectly complemented its world with another colorful adventure.