Eggggg is a nausea-driven mobile adventure platformer developed by Norwegian studio Hyper Games. The game is based on the movie “Gilbert’s Terrible Revenge” and tells about the adventures of young Gilbert in the world of evil cyborg chickens. 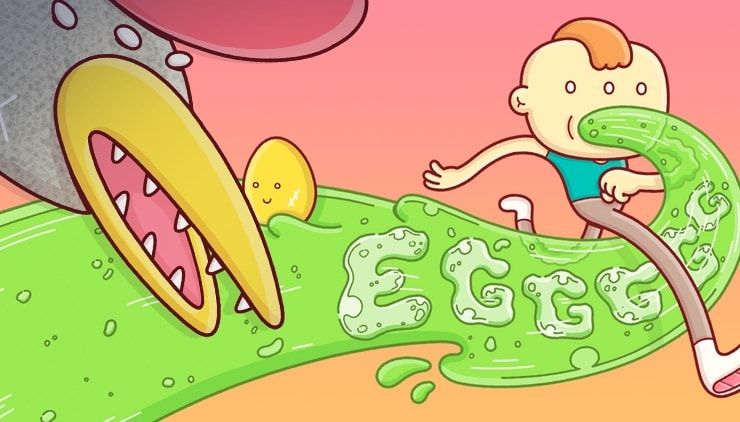 The main character is unlucky in life – he has a terrible allergy to eggs. Even one egg eaten leads to uncontrollable nausea. On his birthday, Gilbert escapes from the mischievous aunt Doris by jumping out of the window and hitting a huge egg. Having got out of it, the main character encounters a huge chicken and this is where the adventure begins. 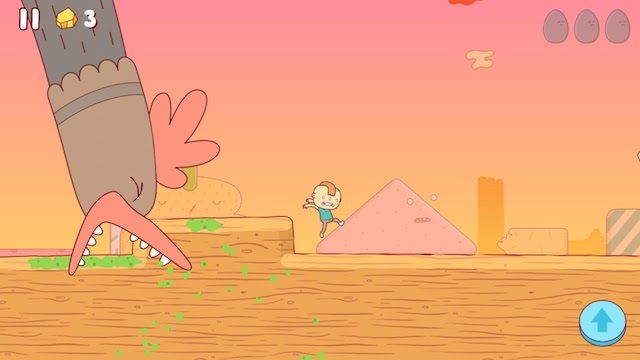 Gilbert travels through fantastic levels filled with obstacles, traps and enemies, including predatory chickens and other monsters. The great power of vomiting helps him to jump and cope with dangers. Timely use of sickening “superpowers” will help the protagonist to climb steep walls, overcome obstacles and even fly into the sky.

At first, the vomiting factor can cause disgust in many, but as you progress, negative sensations gradually smooth out and we are faced with a fun and colorful game. 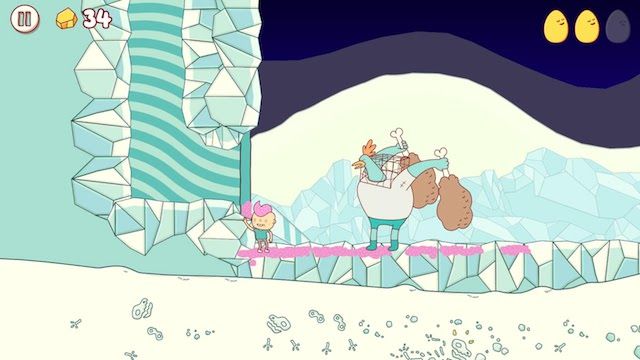 Eggggg’s gameplay is reminiscent of the mobile arcade game Rayman Fiesta Run, but unlike it, you can change directions and really explore the levels. The first two levels are quite simple, allowing you to get used to the game, but already on the third you will start to encounter various monsters and obstacles. You have to deal with saws, bouncing gel pads, strange physics puzzles, switches that need to be turned on in a certain order, sharp chicken beaks and fragments of eggshell acting as thorns. Here you will even have to swim across pools filled with your own vomit in order to get to your goal. 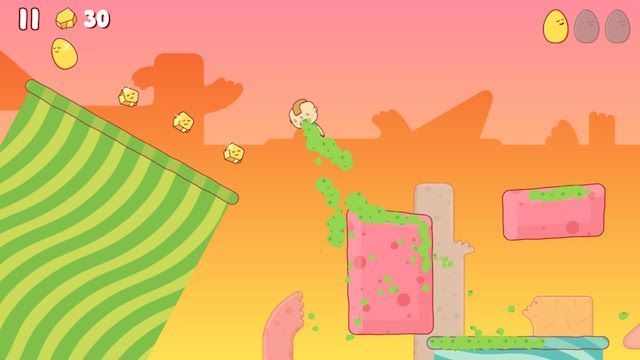 The game offers a total of 36 levels, including boss battles featuring a variety of cyborg chickens controlled by the evil aunt Doris. Despite the relatively small number, the levels are vast and filled with secrets that are not easy to discover. At each level, the player can get three gold stars if he manages to complete the level, find three golden eggs and 50 gold nuggets. It is advisable to collect all the eggs and gold bars, otherwise the time for completing the final level will be cut.

Most of the levels in Eggggg are somewhat similar to other games, however, the jumble of ideas and strange abstractions makes Eggggg in its own way distinctive and unique. The levels in the game are colorful, well executed and fun, and Eggggg also has a lot of fun elements, for example, random faces that frown, cry, or are horrified when a stream of vomit falls on them.

Eggggg turned out to be a really creative project with unique graphics, funny levels, high-quality sound and simple controls.

The application requires an iPhone, iPad and iPod touch based on iOS 13. The game is localized into Russian, there is support for Apple TV.