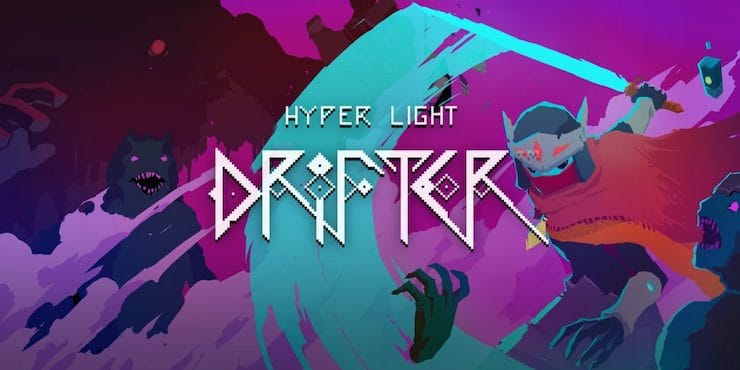 Hyper Light Drifter is a prime example of how understanding a product’s history can help gameplay. Artist Alex Preston has decided to raise funds on Kickstarter to create a 2D hybrid of Diablo and Legend of Zelda. Hyper Light Drifter was created in the classic pixel style, in which the game interface itself, and even the plot, underwent asceticism.

Thanks to the company on Kickstarter, we managed to find out that the main character is a stalker who is looking for rare artifacts by selling them to merchants. The character clearly experiencing health problems wanders the empty world in search of a cure for his mysterious and terrible disease. So playing Alex Preston shared his story, suffering from a congenital heart defect. But what happened to the world itself – it will be difficult to understand. We’ll have to look for special monoliths with symbols printed on them and try to decipher them. This is not an easy matter, it is no coincidence that on the forums and on YouTube, fans offer their own options for interpreting the plot. We are not offered any textual and sound inclusions about what happened earlier. We’ll have to speculate based on the appearance of stories of rare characters encountered, presented in the form of not even clips, but pictures. 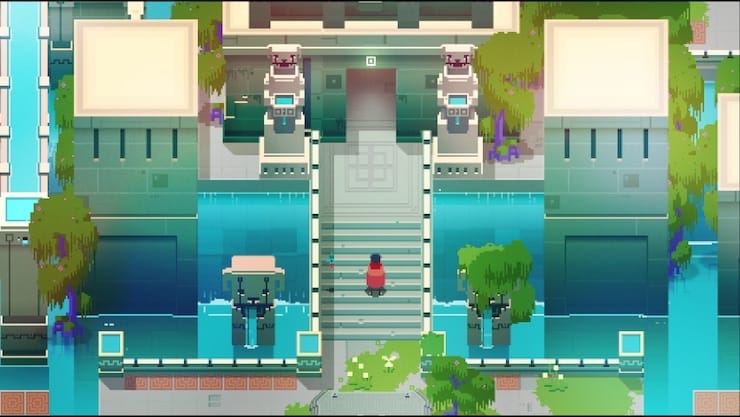 The game world is a city and four locations diverging from it in different directions. Even if civilization has collapsed, the journey will not be easy. The tramp has an energy sword in his equipment, with which he can crush enemies near him. Another weapon of the hero is an energy pistol for attacks from a distance. Over time, the tramp will also be able to throw bombs, which will help to cope with the accumulation of enemies. Often you will have to jump over gaps, which is helped by the skill of acceleration, a kind of jump. Everywhere a kind of drone travels behind the tramp, which helps him in healing and activating mechanisms. 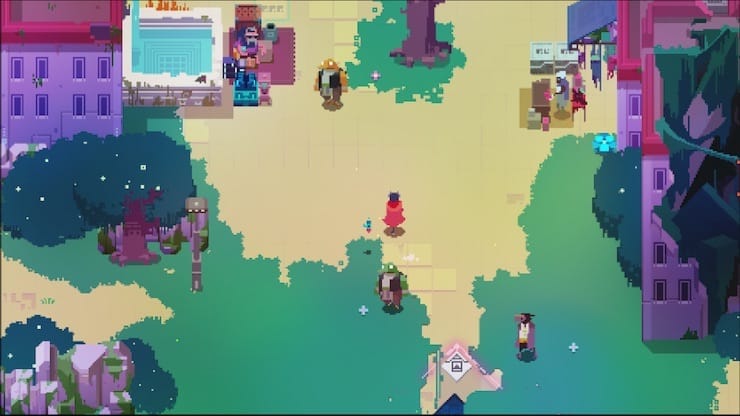 ♥ BY THEME: The best games for iPhone and iPad according to the Yablyk editorial board: 100 most-most.

As you progress through the level, the strength and number of monsters increase, which makes you think over and change tactics. There are only five bosses, but only the last one is really difficult. Thoughtlessly crushing enemies will not work – the number of cartridges is limited, and after three blows with the sword, the tramp takes a pause. Even the first aid kit must be used wisely – a missed blow will interrupt the treatment. In general, all the skills of the hero are thought out, and victory in difficult battles is akin to solving a puzzle. You can carry only from three to five first-aid kits with you, which makes you not rush madly into battle at numerous enemies. Fortunately, there is no special punishment for death – the tramp simply returns to a checkpoint nearby. 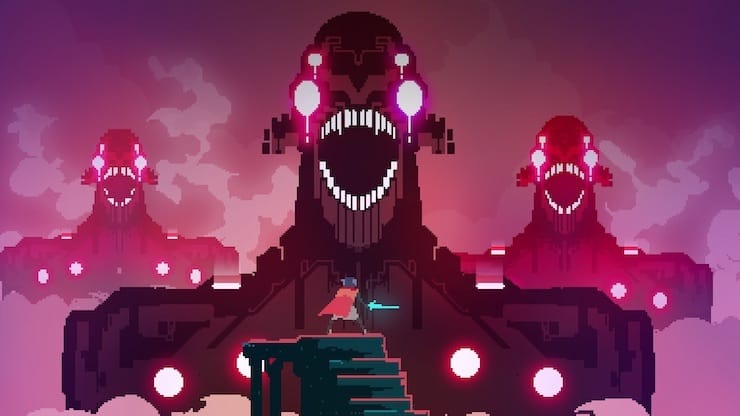 In the yellow containers hidden a kind of analogue of money, which can be used to purchase simple upgrades. But most of the required items, as well as first aid kits, switches and keys, are hidden by other items. So the tramp will have to look at literally all corners and unobvious places, but the bonuses can pleasantly surprise you.

Despite the seeming limitations of pixel graphics, the animators managed to create a juicy and bright picture. Some “acidity” can even hurt the eye, but this can be easily corrected by simply lowering the brightness in the game settings. The influence on the creators of the anime genre is subconsciously felt. There are a lot of square shapes in the game, so pixel art does not seem to be a cheapening of the product, but an appropriate tool. 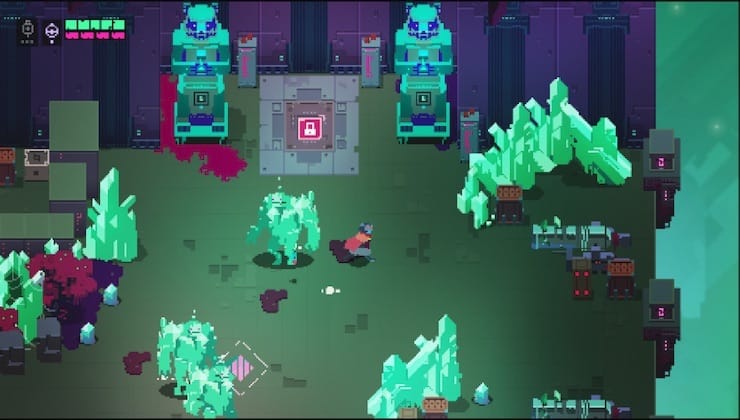 The soundtrack in Hyper Light Drifter is hard to find fault with. Melancholic and mesmerizing music can remain so even in dynamic battles, but sometimes it turns into harsh ambient, forcing you to start up and feel like a participant in an intense action. The sound design still emphasizes a kind of melancholy from everything that happens – civilization has died, and our vagabond does not have much of a chance to change the fate of the world. 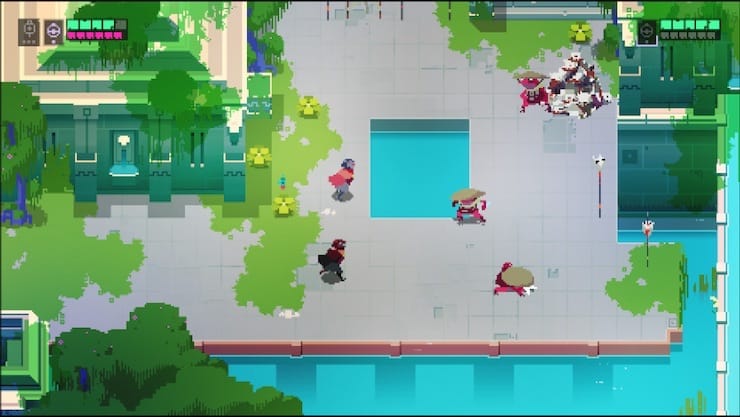 Hyper Light Drifter has received very high critical acclaim. They celebrate her exquisite pixel art, soundtrack, detailed game world, and a fair amount of complexity. Hyper Light Drifter is not a one-time, simple and understandable slasher. It is worth accepting the peculiarity of the graphics and enjoying the sound background. Over time, the game will open its world and you really want to understand it. It is no coincidence that the creators have been working on Hyper Light Drifter for two whole years, honing details and scattering secrets. A quick passage will take from 7 to 9 hours, but it will take at least 20 hours to open all caches and secret rooms. The game will definitely appeal to numerous fans of The Legend of Zelda, but in itself it is capable of finding fans. Hyper Light Drifter has managed to successfully combine both meditative walks with appropriate music and dynamic battles.