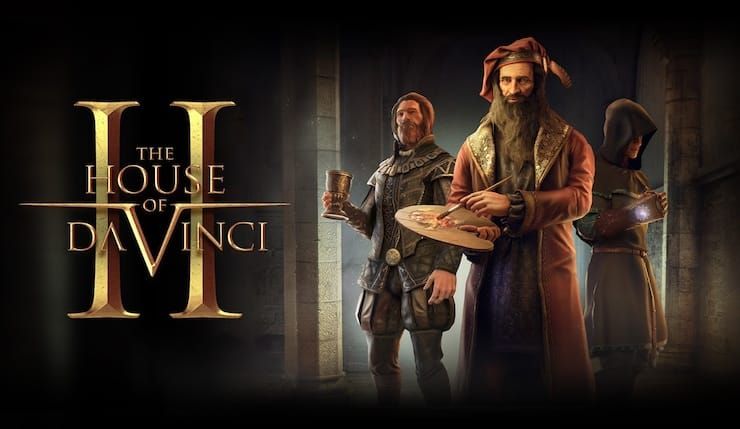 Many small game developers, when creating their product for mobile platforms with a touch screen based on iOS / Android, are planning in advance the possibility of its future portability to PCs and game consoles. House of Da Vinci 2 has become one of these games. The desire of the creators of the game to expand their audience is understandable, but the lack of development experience for various platforms and the desire to please everyone at once sometimes hinders the full use of the strengths of the platform of the native platform.

House of Da Vinci 2, as the name suggests, is a direct sequel to the original House of Da Vinci. This product was originally released for Switch and iOS as a result of a successful Kickstarter campaign. Blue Brain Games is a small European studio that develops products mainly for mobile platforms. Enthusiastic developers were inspired by the riddles of Da Vinci and created a game based on them. But even if you haven’t played the first part, the plot of House of Da Vinci 2 will not prevent you from enjoying the puzzles. True, for a better immersion in the plot and understanding of the actions of the characters, it is better to dive into this story from the very beginning. 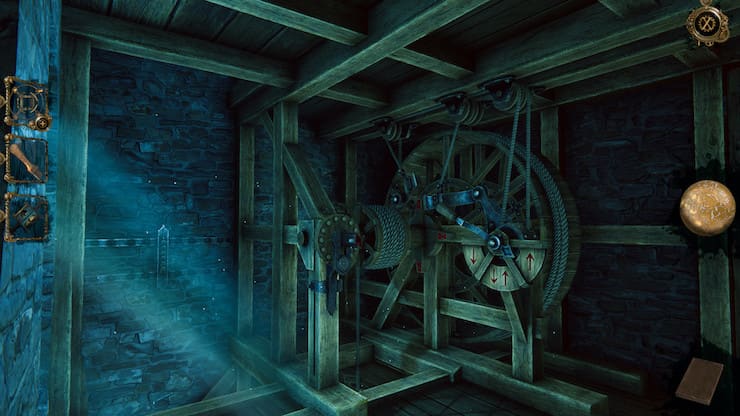 As for the plot, the character we control is a student of Leonardo Da Vinci himself. But the big name of the teacher also obliges a lot. A lot of interesting things are going on around the genius, including dark affairs related to politics. The story begins with a prison cell in the Estense castle, where our character finds himself. Gradually, we learn that spies swarm around Da Vinci and his inventions, but why? To unravel the tangle of confusing cases, we will have to solve complex puzzles and even travel in time. Many of the riddles are built on the basis of complex mechanisms, made in the spirit of the Renaissance. It is difficult to talk about the complete correspondence of time to objects, settings or characters, but clearly nothing falls out of the perception of this world. The only exceptions are obviously fantastic elements like time travel. 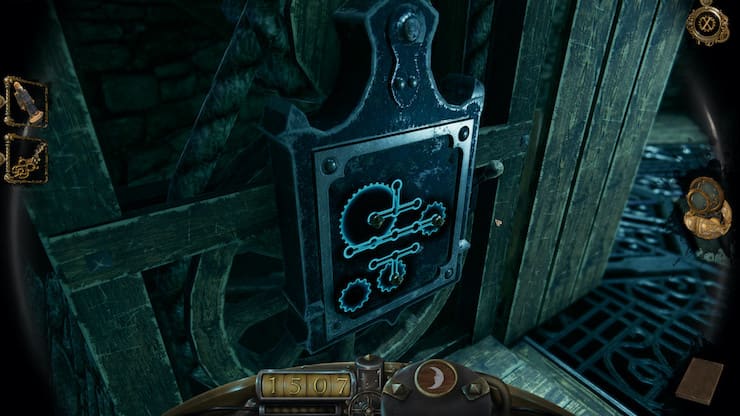 From a playstyle point of view, the world created within it is realistic and very attractive. And although House of Da Vinci 2 sometimes seems gloomy, in general, the world associated with art creates a corresponding mood. But there is one problem with objects – it is sometimes difficult to determine how you can interact with them. You will not find clear visual cues about what to move here. This could be corrected by rendering the desired items less realistic or by changing their contrast. Another problem is that objects don’t scale. You can collect parts of various mechanisms, but when they end up in your inventory, it is difficult to understand how they all compare in size with other objects in the world around them. As a result, the situation becomes more complicated. You have something that can be used as a key, but you cannot tell if it will fit the keyhole. 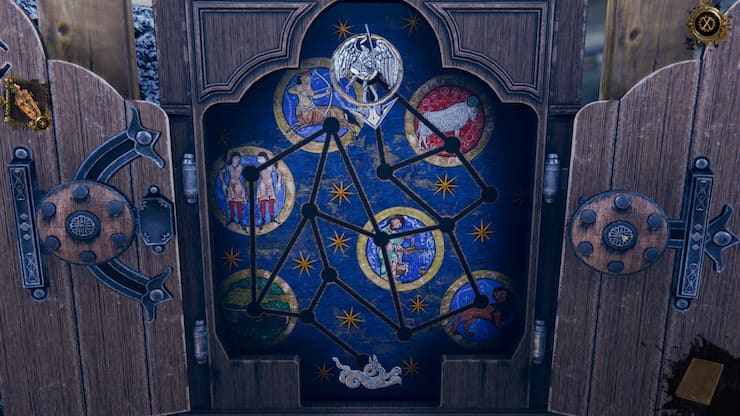 The puzzles themselves in the game are quite difficult. Did you assume that Da Vinci’s riddles would be simple? Often you have to take two, three or more steps before making the desired move. Most of the actions are related to the manipulation of parts of various mechanisms, this is the only way to proceed to the next stage. For the most part, the algorithm of actions is predetermined – there is no need to look for alternative ways to solve the problem. But even if you get stuck on some part of the puzzle, there is a hint system. The mechanisms themselves, with which the interaction takes place, are quite elegant. Some of them just want to see in real life – a cool gift or toy would be made! 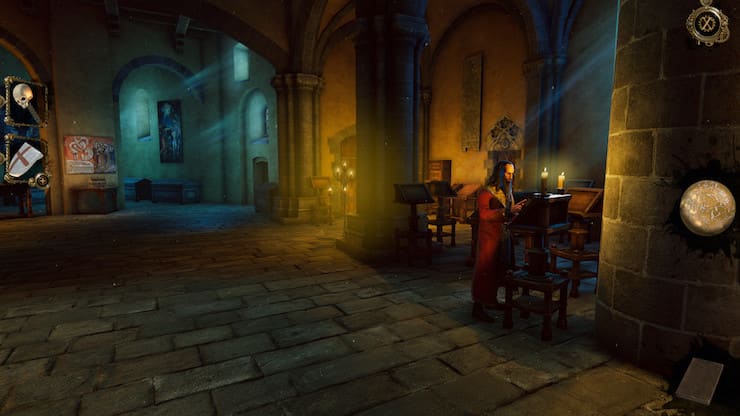 The game is controlled by touching the touch screen and scaling the desired parts. But this approach is fraught with a loss in image quality – for some puzzles this can be a problem. It is not always possible to examine in detail the mysterious mechanism. Dynamic actions from the player are not required, so you quickly get used to a simple and original rule. 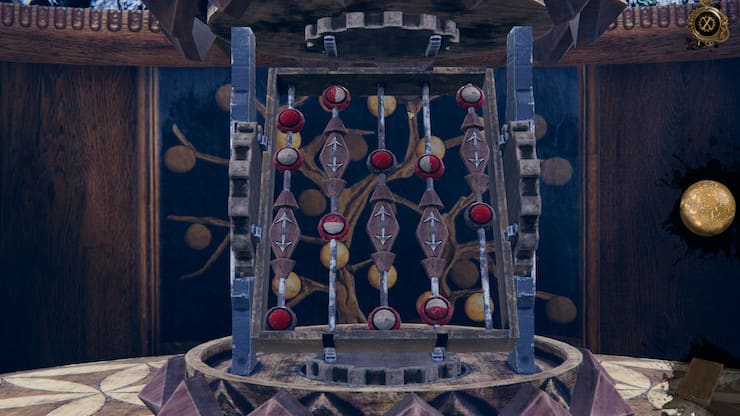 House of Da Vinci 2 itself is divided into six chapters. The passage of each will take a lot of time. Fortunately, progress is automatically saved in the game – it will not be difficult to return to the last place. True, nothing indicates directly about automatic saving. As a result, novice players can hang in this world for a long time, fearing the loss of progress. But the visual indication of the save game is a standard user interface mechanic, which is clearly absent here. In total, it will take from 4 to 8 hours to complete the game, it all depends on how quickly you grasp its mechanics. Otherwise, even on the first scene, you can aimlessly poke from object to object for a long time, not understanding what is required of you. 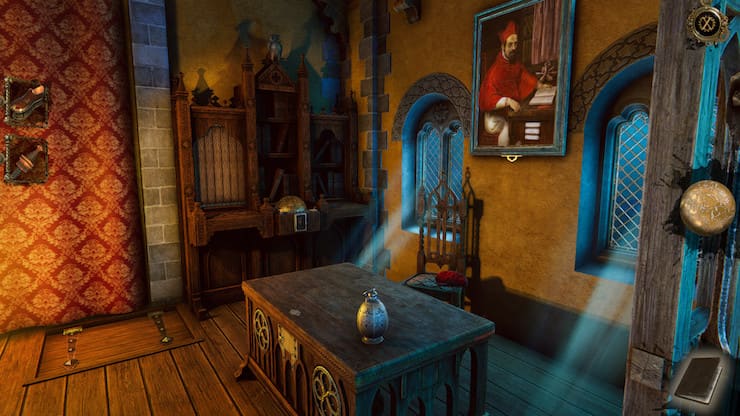 In general, the puzzles themselves and the entourage created around them are liked, but the game also has disadvantages: overall performance, controls and nuances with the user interface. In order for the game to finally become an unconditional hit, it needs to be slightly modified. But if you are ready to endure a little inconvenience for the sake of reading the adventure story of the Renaissance and interesting, complex mysteries, then House of Da Vinci 2 can be safely recommended to you.