There are proven recipes for making video games. Fashion trends and trends force the studios to release twin games. Real masterpieces that can attract attention do not appear often. They are created by those who do not recognize the rules and standards, go against the requirements of marketing. The independent Czech company Amanita Design stands out against the general background. Each of her games becomes an absolute hit: Machinarium, Botanicula, Samorost. 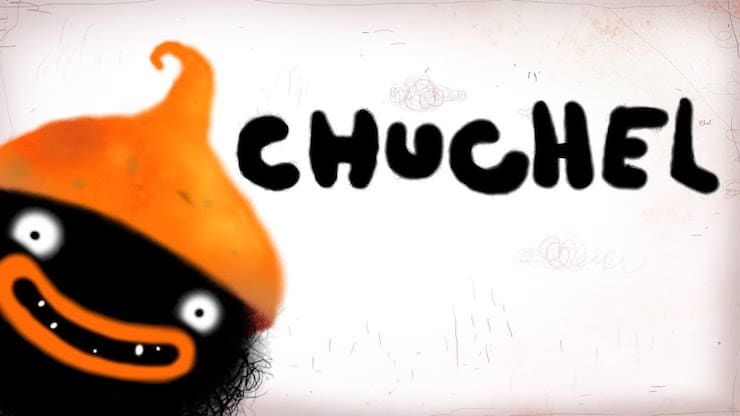 Amanita Design employs no more than ten people, but there is no doubt about the talent of these artists and animators. The first major game of the company was Machinarium, released in 2009. In it, the player had to meet a small robot and help him overcome many obstacles on the way to the final goal. The game fell in love with unusual graphics, smart and addictive puzzles and pleasant music.

Czech publishers did not change themselves and in 2012 they released their next hit – Botanicula. This time, the players had to identify themselves not even with a humanoid robot, but with five creatures at once. At a stretch, they can be called mushroom-like, which already brings the flavor of madness. An energetic team is engaged in saving seeds from parasites on some bizarre plant. The game made the heroes think over the moves and pleasantly surprised with the unusual graphics. CHUCHEL, released in March 2018, was another major project of the Czech studio. The degree of madness in her has increased even more, but this is easily compensated for by the abundance of humor. 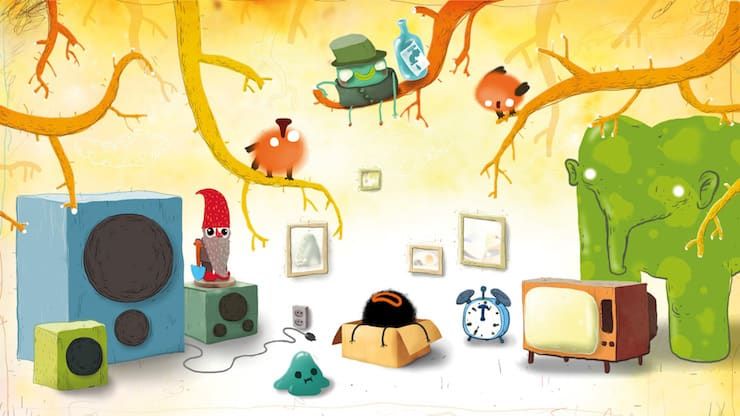 This time we are invited to control a small shaggy cute monster Scarecrow. But for children who do not delve into linguistic subtleties, he will be just a Scarecrow. This wad of black hair wears a bright orange beanie, and there is almost always a friend or rival Kekel next to it. This nimble monster vaguely resembles a mouse. The essence of the game lies in the pursuit of the cherry, the favorite delicacy of both heroes. The action is somewhat similar to the adventures of a squirrel and her acorn in the Ice Age. The cherry is over and over again in the hands of our heroes, but powerful forces intervene in the matter, prolonging the search. So, someone’s gigantic hand can descend from the sky and simply take away a tasty prize. But if this frankly makes the heroes angry, then we are only happy – the adventure continues! 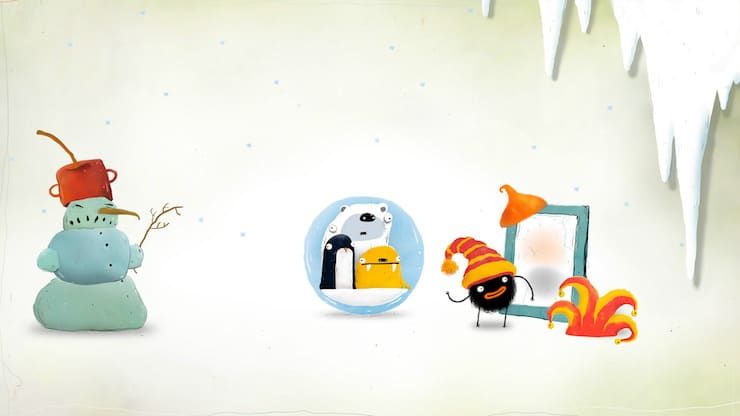 The game itself consists of a couple of dozen levels. But not all of them are a puzzle. Sometimes, to pass to the next stage, you won’t even have to solve a riddle, but simply participate with the help of our Scarecrow in a fascinating cartoon scene.

See also  How to copy, cut and paste text, photos and links on iPhone and iPad: all the ways

The gameplay itself is an attempt to get once again to the cherry. She is constantly in sight, but out of reach for our heroes. They have to help each other, use the surrounding objects or involve other characters. And those in their color confirm the wildest fantasies! Monsters, Inc. can only envy these shapes, colors, teeth and eyes. 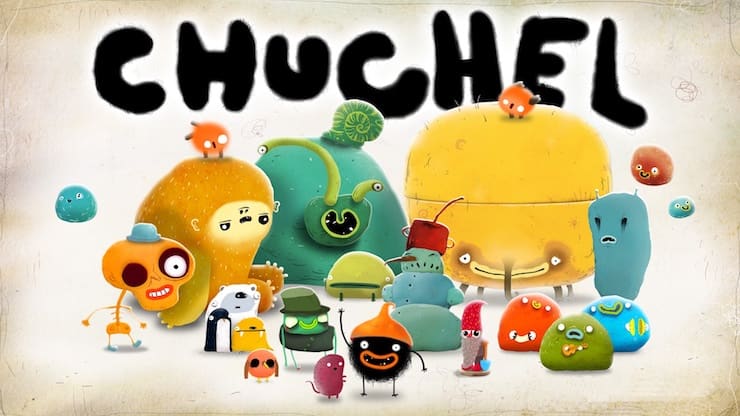 Riddles in CHUCHEL are simple – usually, to catch the desired cherry, it is enough to do 4-5 actions in a certain order. But this process does not make you think so much as it allows you to enjoy what is happening. When they click on an object or creature, they immediately respond with a reaction or offer a choice of several options for further action. And every time another funny scene awaits us. Passing the level leads to the emergence of a new stage, just as crazy. 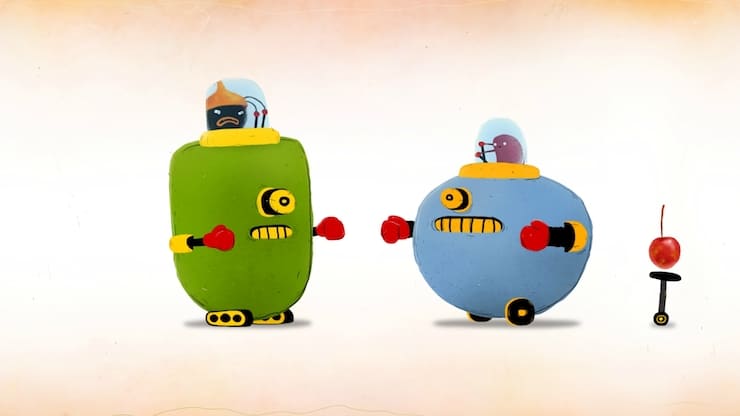 Cherry is guarded by very colorful creatures, uncommonly reacting to an attempt to take away the prize from them. It’s downright fun to watch! Moreover, even the same actions of the Scarecrow can cause a different reaction of the characters each time. You are in no hurry to go through the stage – it is interesting to see everything that the characters are capable of. And Scarecrow himself reacts very hilariously to failure or success – he makes faces, mumbles funny.

In this game, we will have to face not only monsters, but aliens, take part in boxing robots and unusual snail races (the snail’s rocket engine is a guarantee of victory? It’s not so simple!). It’s funny to see in the game references to the legendary hits of the past: Tetris, Pacman, Angry Birds, Space Invaders. They are elegantly inserted into CHUCHEL and are an integral part of the game’s progress.

See also  Blacklist on iPhone: where is it located and how to block a contact 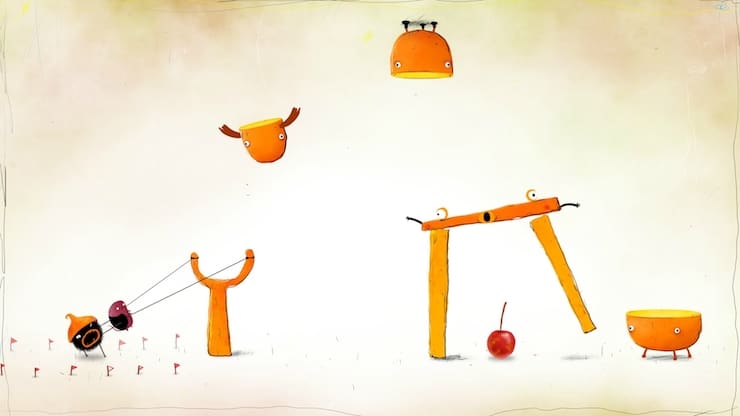 Don’t be afraid of getting stuck on a puzzle. The question with prompts was solved quite tactfully. It’s funny, but even step-by-step comic instructions that drop out after clicking on the button with a question mark can be composed out of place. But this puzzle is much easier to solve. And is there really a place in this crazy world for something clear and understandable? I must say that Amanita Design is not trying to confuse players with complex decisions. In the same Machinarium, there was a book with tips, albeit with access restrictions. 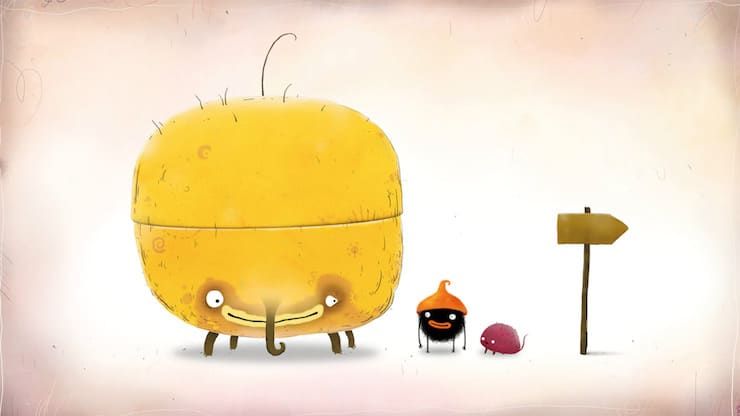 CHUCHEL can easily be called family fun. Children will certainly catch up with an adult, if not to solve riddles, then at least to observe the heroes. They’re not scary at all, but terribly adorable. Situational humor here is absolutely not vulgar and will universally appeal to people of all ages. Chuchel and Kekel constantly get out of unthinkable situations, change shapes and colors, lose limbs, but constantly revive and continue their journey. A motivated adult is able to complete a game in a couple of hours, but for some reason there is no doubt that children will certainly want to run the game over and over again, repeating the pleasure. 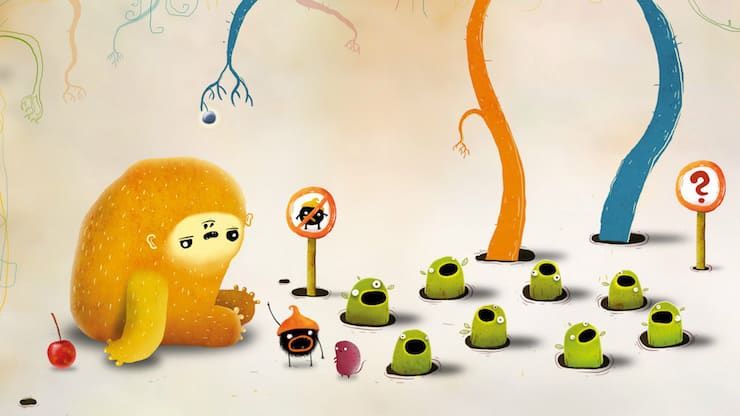 The publishers of Amanita Design have created a crazy fun world in which it is simply impossible to predict the next scene. It’s so easy to fall in love with superheroes or seductive beauties with perfect shapes, but for some reason, in CHUCHEL, you have an eerie sympathy for awkward monsters. They were drawn by hand and with obvious love. The game really seems to be alive, and the unusual images are supported by high-quality animation. And the soundtrack is an important part of the game. This is not the case when the gadget is switched to silent mode so as not to interfere. In CHUCHEL, you also want to hear the characters and the sounds they make, especially since sometimes it is part of the puzzle. Vivid images, animation and music create the spirit of a real bright and fun adventure.

See also  Which iPhone 11 is better, regular or Pro. Debriefing 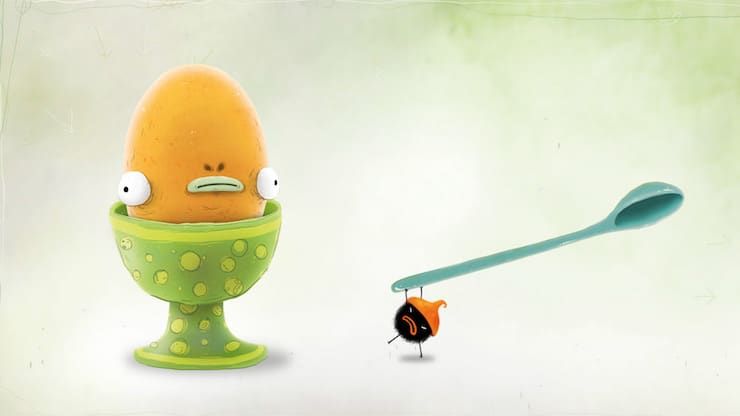 The advantages of the game are obvious. There is everything here to make CHUCHEL a family entertainment for a couple of evenings. Kind jokes, heroes with their own character, funny situations and adventures with solving puzzles will appeal to adults, and children will continue to just play around with Scarecrow and Kekel after reaching the final. The price of 379 rubles in the App Store is fully justified. The atmosphere of madness is not only not embarrassing, but is the foundation of the game’s success. The only downside is the inconvenience of controlling characters in a couple of scenes, but this applies to gadgets with a touchscreen. And the game should have been made at least a dozen scenes longer, and then another dozen … CHUCHEL is addictive, but the creators prudently did not dare to completely immerse us in this madness.