Probably, each of us remembers the classic logic puzzle about the Wolf, Goat and Cabbage. To transport them from one coast to another required some ingenuity. Needless to say, logic games have evolved a lot – tasks have become more difficult, but the accompanying graphics make the process more interesting. The Danish studio Kong Orange has presented its new game for iOS, which has already been released earlier on the major major platforms: macOS, Windows, PlayStation 4, Xbox One. This puzzle was created on the basis of the popular Unity engine, but the publisher was able to create something really unusual, interesting and memorable from simple components.

Our hero, whom it is proposed to control, is not a man at all. Not only is he a representative of a parallel world, but he also got a terrible profession – a Reaper from the Ministry of Death. In fact, Felix is ​​the same witch with a scythe who comes to the dying. But his job is not to take souls, but to organize deadly accidents. Felix himself is not at all a gloomy person, he loves listening to music in his headphones and dancing while doing this. And he took this job in order to get a chance to meet his beloved Betty, an employee of the Ministry of Life. She also travels to our world and uses the same elevators. 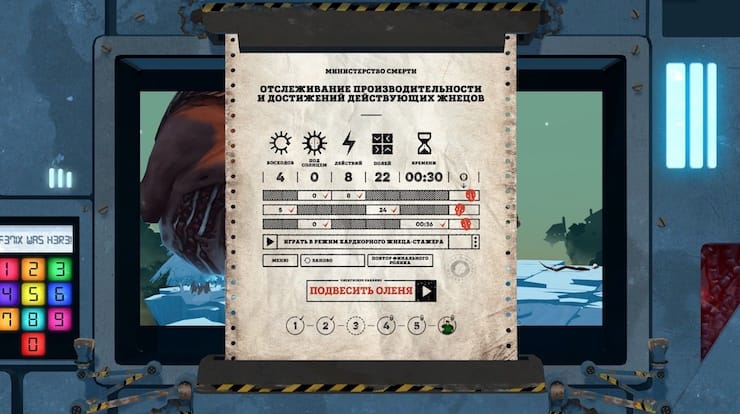 But love affairs are the background for the most important thing, the work of Felix. He is not at all a ruthless killer, but an organizer of accidents. Moreover, all the stories in which Felix takes part are more or less scripted. We are immediately shown what the Reaper has to do, besides, each step can also be spied on in the menu with the help of a hint. The mechanics of the game are based on the fact that Felix, as a clearly dark person, must constantly be in the shadows. Its main and only tool is the sun position switch, which causes the shadow to change its position by 90 degrees. The playing space is divided into cells, some of which are illuminated, and some are not. It’s not scary to get under the sun’s rays – Felix will show how uncomfortable he is, and the move will be canceled. 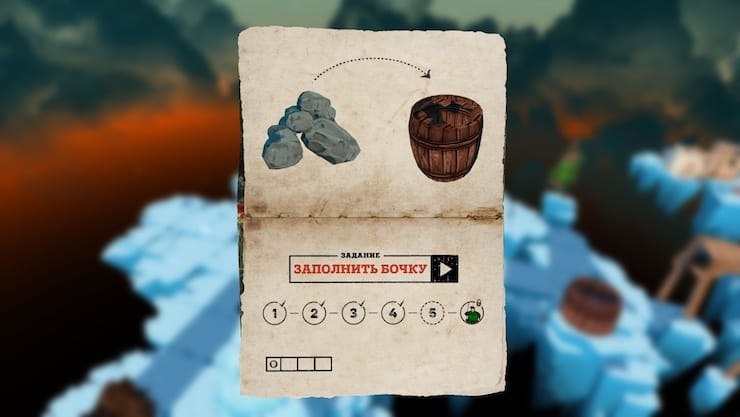 Using switches and improvised objects, we form a path for Felix between game objects. This is where the skills of playing goat and cabbage come in handy. Where should I go first? How and with the help of what to form the required track for yourself? The procedure can turn out to be quite complicated in the end, but the prompts will not let you completely get stuck. But the further the plot develops, the more tortuous the sequence of actions becomes. 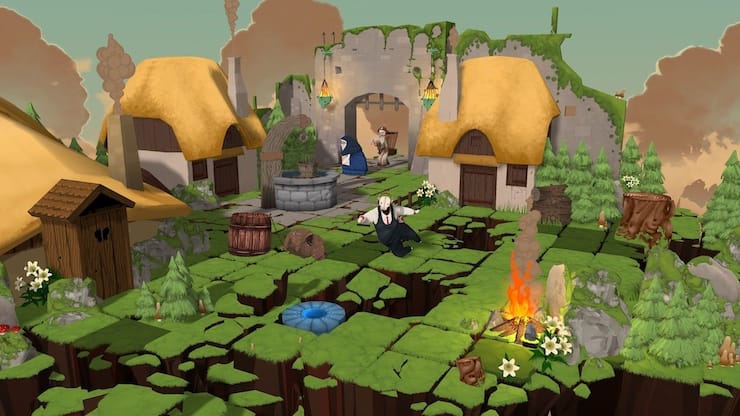 In total, there are five major missions in the game, those accidents. Each of them is broken down into stages. At first it is not entirely clear why our Felix is ​​dragging barrels, stones or body parts. But in the final scene, all the preparations will come together in a single picture. We will find out how unusual coincidences of circumstances can become, for someone, unfortunately, fatal. Before the start of each stage and after its end, we see animated scenes. Time freezes between them, then Felix acts. 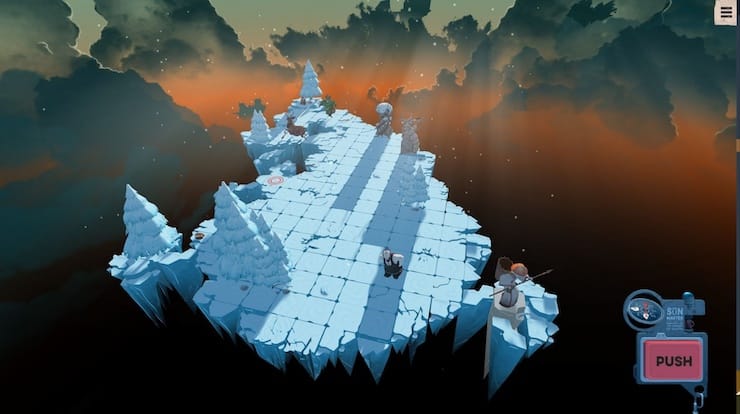 Those who find the game simple (there are hints, it is impossible to die) are invited to increase the difficulty. When passing a level, you can fulfill additional conditions: do not get into the sun, keep within the specified time, spend the minimum number of steps. There is also a hardcore mode, in which the maps become more difficult and there are no more tips. 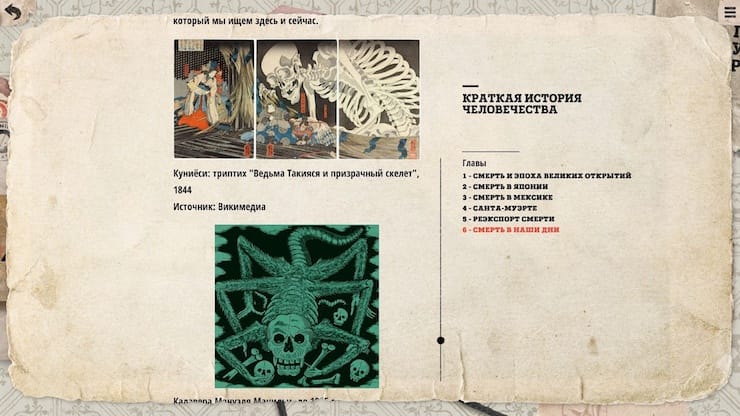 The game Felix the Reaper attracts, perhaps, not only with its mechanics. Still, everything here is pretty monotonous with them – form a shadow and move in the right direction. But there can be no talk of routine. And all thanks to the adorable main character, Felix. He, even being baggy-plump, gracefully moves, dancing. Felix knows how to enjoy life, even if he creates death. Yes, and emotionality he does not hold, which is proved by his sighs and obvious love. 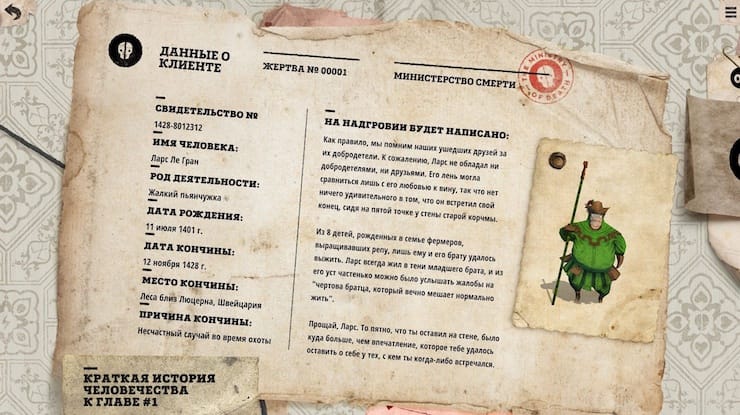 The graphics in the game are quite peculiar. All heroes, even people, have not completely human features. But on the other hand, it quite helps to form that very unusual world with bright colors and cartoon elements. We are invited to listen to the music that sounds in Felix’s headphones. These are club motives, however, they are at least unobtrusive.

You won’t have time to get bored with the game – you can spend several hours on it, taking into account the active use of all the tips. Just so much is needed so that monotonous tasks do not get bored. And with the help of a funny character that inspires sympathy, you can see how bizarre twists of fate can be.