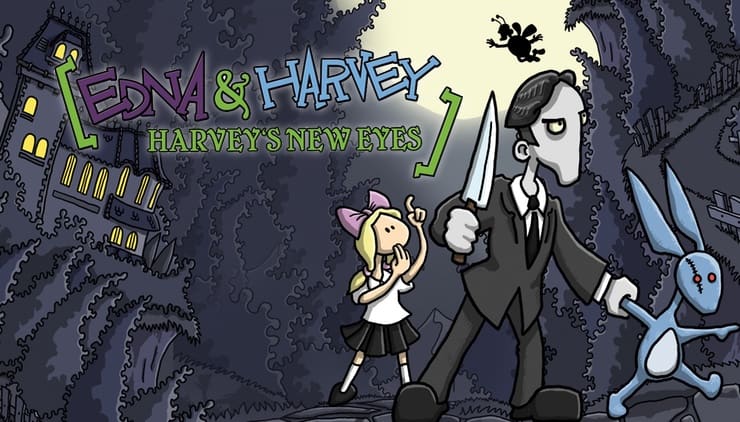 Such games do not appear out of nowhere. First of all, beautifully drawn stories with the right characters and classic behavior, the separation of characters into good and bad, gradually went out of fashion. This can be seen even in those cartoons that have been popular in recent years not only among children, by the way. “Rick and Morty”, “Gravity Falls”, “Hilda” and the like easily found their admirer. But such a trend originated back in the 2000s, thanks at least to the animated series about the little dead girl Lenore. The heroine got stuck between worlds and lost her sense of reality. In almost every episode, she does something terrible or even kills someone. As it turned out, the society was not frightened by this.

In the late 2000s, a certain Edna continued the baton. You may not have heard of her before. Meanwhile, the quest Edna & Harvey: Breakout became an event in its time. The main character is a patient of a psychiatric hospital who skillfully hides behind her schizophrenia for the sake of bullying neighbors and comrades. Such a deliberate abnormality frightened, embarrassed, but at the same time attracted. In 2012, a sequel to the popular game appeared. In Edna & Harvey: Harvey’s New Eyes, the abnormality has not diminished, although the heroine has changed. But this game also caught on, because being respectable and correct is boring for us, why not try to have fun? 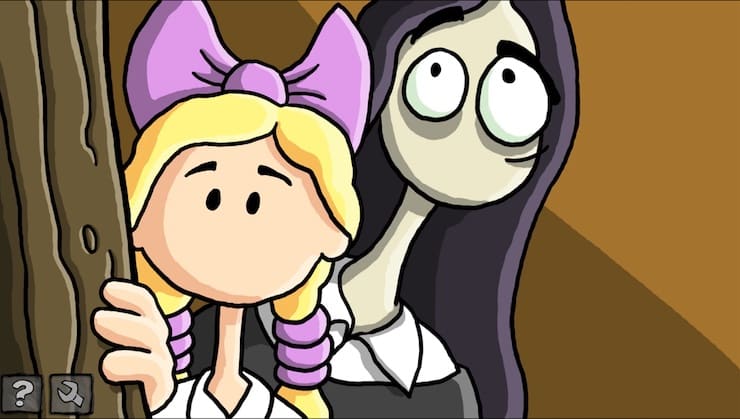 Fans of crazy Edna may get upset at first, she is a minor character in this game. We will not be allowed to enjoy her schizophrenia. But there will be a lot of disgrace in the game, and now Lily will be responsible for them. This fragile blonde girl might appear to be the opposite of Edna. Her disheveled hair, wild eyes and hospital gown are contrasted with classic pigtails, stockings, a cute purple bow. In a word – Lily is a classic diligent student, from whom you don’t expect leprosy, let alone a stream of crazy trash. Is this a sequel to Edna & Harvey? 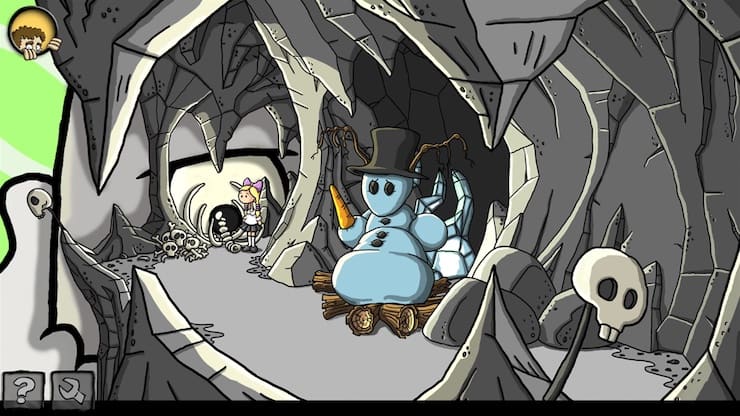 Yes, and our heroes turned out to be in the monastery school. Even if the Mother Superior is somehow nervous – but this is normal after all. The pupils are quite ordinary outwardly guys, Lily herself is looking for a treasure in the flower bed. Isn’t it an idyll? But everything changes with the appearance of a new psychiatrist at the school, Edna’s acquaintance, Dr. Marcel. His former patient contemplates an escape, calling for help from a new girlfriend. And Lily herself, through hypnosis, received a whole portion of prohibitions from the doctor: do not lie, do not play with fire, do not drink alcohol, obey elders, etc. But she already saw the world through rose-colored glasses and seemed to be the standard of education. And the girl cannot even contradict anyone, it is no coincidence that the game designers decided not to draw Lily’s mouth – why is he quiet? The girl does not put up with the shackles imposed on her – at first she can bypass one of the taboos at a time, but gradually, plunging into the subconscious, it will be possible to get rid of the inhibitions. And this will only untie his hands! 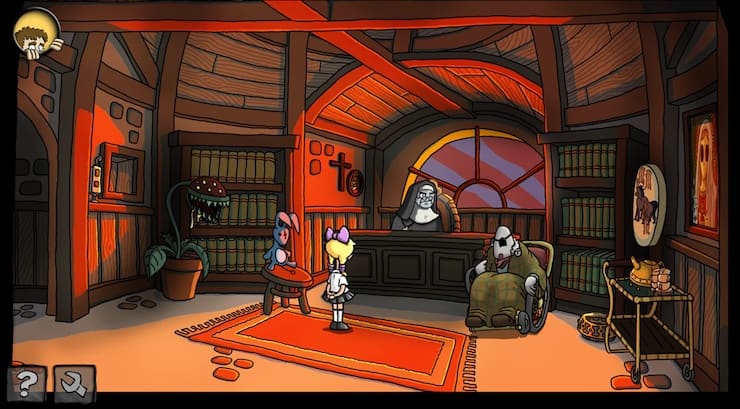 It soon turns out that the world around the girls is not that pink at all. Here, too, there are many bright characters that are not inferior in color to the inhabitants of the psychiatric hospital. Teachers are sheer tyrants, students are suckers and hooligans, and there is also a mummer wandering around, a worker with a jackhammer in the church … And this we do not touch on those demons that live in Lily’s head. What is a little girl without her own “cockroaches in the head”? 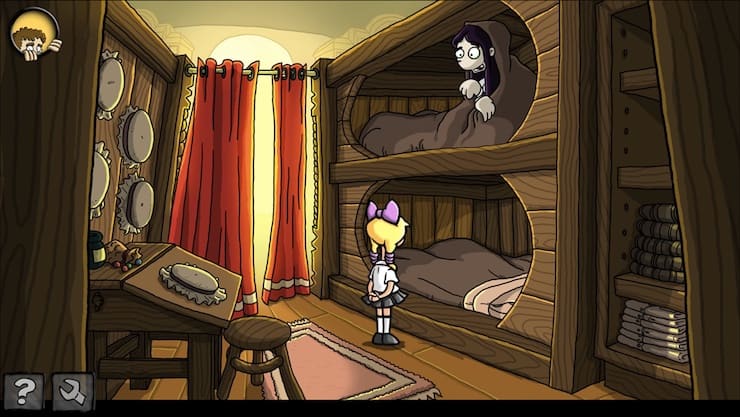 Obedient to the will of adults and her friend, Lily obediently fulfills their requests. But who knew that she would become the most brutal and dangerous killer in this seemingly quiet place? And is it Lily’s fault that events are unfolding this way, and she is simply given incorrect instructions? Need to get rid of termites on your tree? Ready! Well, the fact that now the termites ate the little boy and moved to the school yard – sorry, it happened! The order to remove the firecrackers from the stone gargoyle is done! Oh, did the gargoyle fall on a couple in love? It happens… 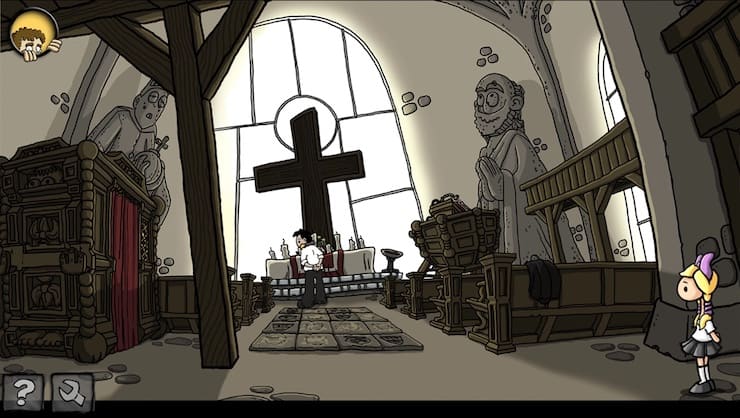 The game will not seem difficult. There is no system inherent in most quests with numerous items in the inventory, which you just need to think of where to attach. The participants in the action themselves constantly hint with their phrases what they expect from us. And the voice-over narrator sometimes gives a hint. He plays a significant role in creating the color of the game, because some phrases just want to be parsed into quotes. I must say that the classic quests have changed recently, riddles have become clear to the average player – this is the fashion now. In Edna & Harvey: Harvey’s New Eyes, variety tries to provide scattered puzzles, although it’s a stretch to justify them. Indeed, how did the Templars love Sudoku? And isn’t it too cruel to deceive color blind people with repainted vegetables even for such a crazy game? 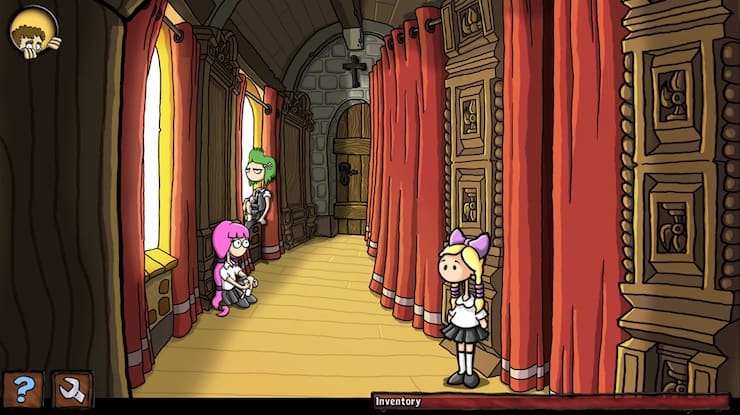 Don’t take Edna & Harvey: Harvey’s New Eyes seriously. This is a classic tragicomedy, richly seasoned with black humor. You can laugh at the same scene, or you can feel sad. Lily is not a villain at all, but simply a victim of circumstance. She does not even notice what she is doing, because her “pink glasses” are gnomes, carefully erasing traces of blood. And everything that happens does not frighten those around, even the abbess talks to the hanged corpse, without noticing it. There are no remains in the vicinity, and no one is looking for the missing – such is the world here. And again, let’s remember Lenore, with whom, most likely, Lily was written off – all the same natural naivety behind which destructive power lies. And the girl’s hypnotic trance takes us to other worlds. And you can also remember the classic Alice Lewis Carroll, which is quite suitable for the role of the founder of the genre of “strange quiet girls.” It’s just that modern Alice looks different, and the environment is different. 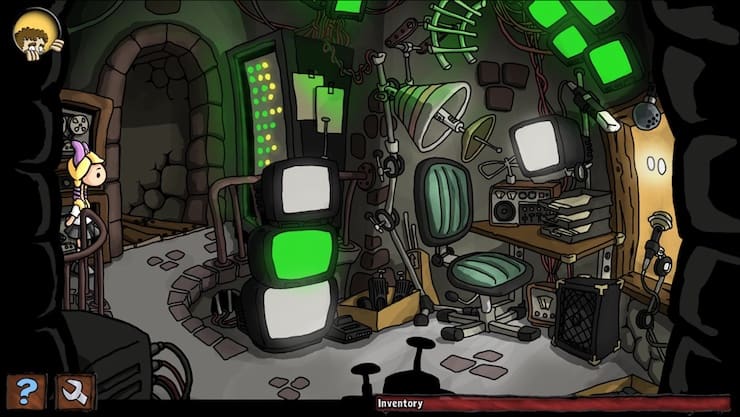 As for the design of the game, the drawing of the characters gives a good understanding of their essence. Lily has no mouth, the abbess has an unhealthy blue skin color, an inner demon with a knife in her head … In a word, you will not see a classic fairy-tale world with soft lines here. But there is frankly not enough music, but here the caution is understandable – it is difficult to find something suitable for the madness that is happening.

Despite all of Lily’s antics, her story is not so simple. The creators unwittingly hint about the social consequences of the suppression of the personality of just one individual. And seemingly cute girls with a big bow in their heads can have anything going on. The developers did not particularly bother with the endings – there are only three options, which differ in essence, in a few words of the narrator. If you try, you can even hear the replica of the main character. Edna & Harvey: Harvey’s New Eyes is a great atmosphere of black humor, funny dialogues and actions of a difficult heroine.