Back in 2007, the game Portal was included in the popular collection of computer games The Orange Box from Valve. The long-awaited release of Half-Life 3 or Portal 3 never materialized and turned into a meme. Valve fans have long ceased to hope for the release of a new “Portal”, so the emergence of the Bridge Constructor Portal is a real event. 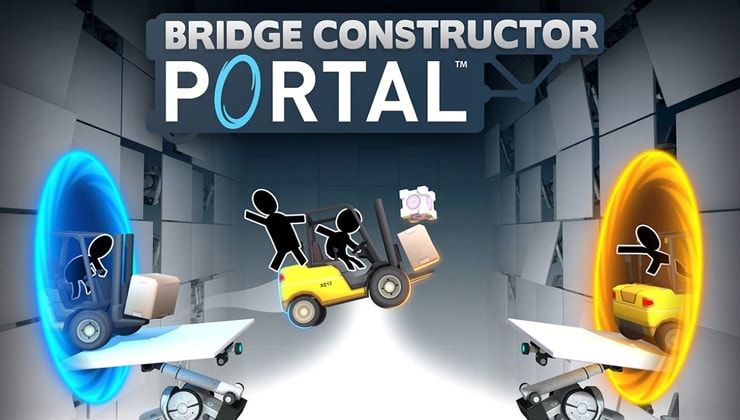 In the game, you have to become a new employee of the Laboratory for the Study of the Nature of Portals, whose duties include ensuring the safety of the movement of men in toy cars from one edge of the screen to the other. To do this, you have to build bridges, ramps and other objects in 60 cells. You will have at your disposal repulsive and accelerating gels, air panels of faith, cubes, etc. With the help of a special blaster, you can shoot orange and blue portals. Upon entering the blue portal, you will exit the orange one and vice versa.

The Bridge Constructor Portal itself would not be such a wonderful puzzle if it were not for the presence of the ubiquitous helper GLaDOS. She will teach you everything you need to do your job and take the game to a whole new level.

It should be borne in mind that Portal Bridge Cunstructor is not a Portal after all, but rather a Portal-themed Bridge Cunstructor. Just like Bridge Cunstructor, you have a lot of tools for building bridges, but like Portal, you will have to solve puzzles (for example, use the force of gravity to speed up objects). The game also received switches and cubes from the original version of Portal. 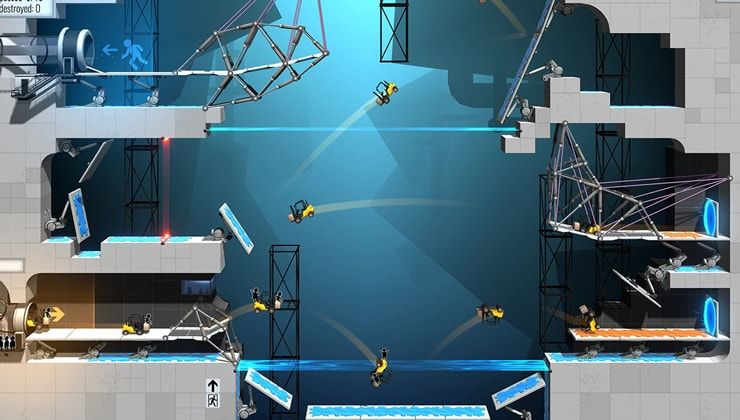 The game controls are intuitive and very smooth. To mark the place where you want to put the new bridge component, just slide your finger across the screen. To move objects, touch, hold, and drag. The zoom will help you set the desired element as accurately as possible.

♥ ON TOPIC: Splitter Critters Review – Apple’s Game of the Year.

The game is great fun on the iPad, but it’s also optimized for the iPhone (though you’ll need to zoom more often because it’s not easy to position the element on a small display). The small screen can be annoying not being able to drag the subject to the desired location, but the zoom easily solves this problem.

Bridge Constructor Portal is divided into levels. To complete the level, it is enough just to bring to mind one test object, while the entire constructed bridge may collapse altogether. True, the game has a significant drawback – if you cannot solve the problem for a long time, the whole process will stall until you find a solution.

Other puzzles like The Room have a hint system. If you’ve been thinking about a task longer than usual, the game will provide you with a little hint. If it doesn’t help you, a second, more specific one, will appear in a few minutes. However, if she also turns out to be powerless, the third clue will literally tell you what to do. However, the Bridge Constructor Portal does not have anything like this, and if you get stuck, it’s for a long time.

See also  Forgot Wi-Fi password on Mac, how to find it on the system 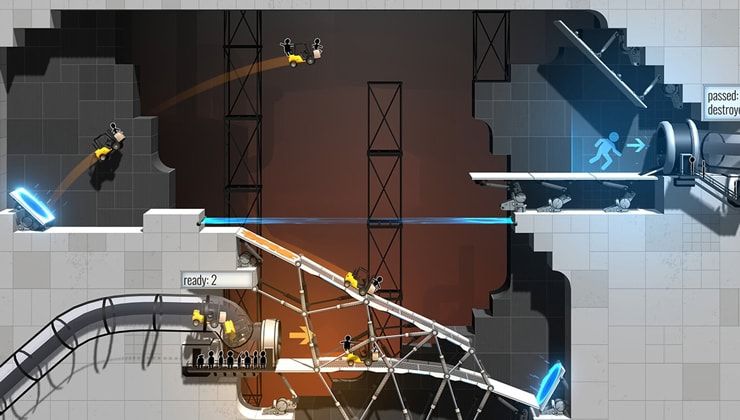 Portal fans may not like this part of the game. If you are a fan of Bridge Cunstructor, then this new product will be to your liking. Moreover, the new mechanics borrowed from Portal makes the construction of bridges even more interesting.

The game is compatible with iPhone, iPad and iPod touch running iOS 9 or later. There is a localization into Russian.