The first “progenitors” of quests appeared in the early 1970s, when programmer William Crowther developed a program called Colossal Cave Adventure for the PDP-10 computer. The adventure genre became especially popular in the 80s and 90s, but over time, interest in it began to fade. However, thanks to the efforts of talented game studios such as the Czech Amanita Design, the genre still hasn’t disappeared. 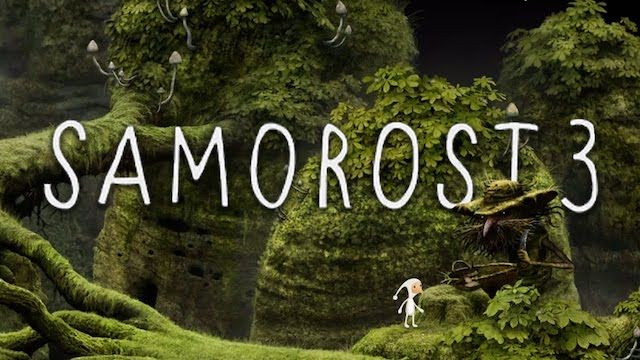 Amanita Design was founded in 2003 by designer Jakub Dvorski. The first creation of the company was a puzzle called Samorost (“The Dissenter” in translation from Czech) about the adventures of the space Dwarf. Two years later, the developers released the second part of the game, which cemented the fame of Amanita Design as one of the most unusual indie studios. This was followed by the full-scale games Machinarium and Botanicula, which received many positive reviews from critics. And now, 13 years after the release of the first Samorost, Dvorski decided to revive the series. Amanita Design games have always been distinguished by their originality and artistry and Samorost 3 (the game is available on iPhone, iPad and Mac) is no exception. 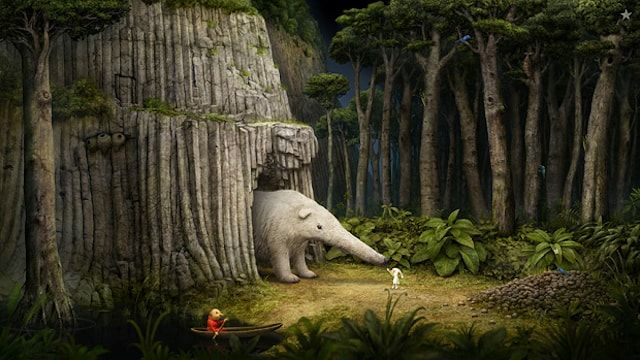 Each part of Samorost is dedicated to the space adventures of a funny gnome in a white robe that closely resembles pajamas. In the first, the main character tried to save his home planet from a collision with an asteroid, in the second he rushed in search of a dog abducted by aliens, and in the third, the brave Gnome will have to return the magic flute to its rightful owners. In order to go on a journey, the hero will have to build a spaceship from the most seemingly unsuitable materials – a giant living mushroom, a rusty panel, an old cast-iron bathtub and a plastic bottle.

See also  Keezy for iPhone, or how to make music with your voice (great tool for beatboxers) 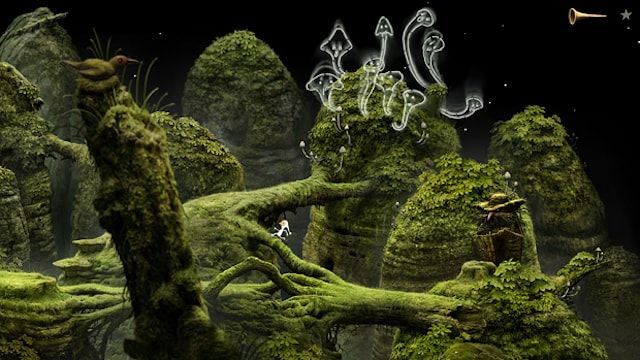 The spaceship allows the Dwarf to navigate between nine amazing planets, more like organic debris drifting in space with twisted roots and fungal growths. However, after landing on such a planet, it turns out that it is full of life, exploring which gives more pleasure than solving riddles.

The gameplay of Samorost 3 inherits the gameplay of the first parts. Users are offered a classic point-and-click adventure with many puzzles, unusual visual style and addictive surreal atmosphere. Just like the rest of Amanita Design games, puzzle solving is based on interaction with the world around you. There is no text or dialogue in the game, so to solve problems, players need to look closely at the rules of each planet and observe the behavior of plants, animals and objects. 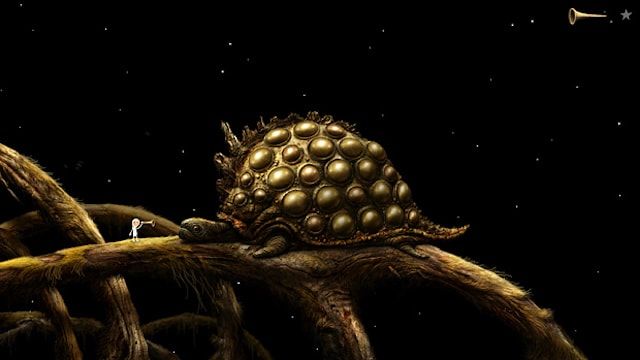 To make the task easier, the game has a book with visual cues, which contains illustrations to help you solve a particular puzzle. To avoid abuse, the book is also protected by a puzzle that will have to be solved every time you open the cheat sheet.

Samorost 3 has a great visual style, which was created using real photographs of moss, leaves, trees and other flora, processed in a graphic editor and supplemented with hand-drawn elements. As a result, the designers managed to create an original, incomparable picture. 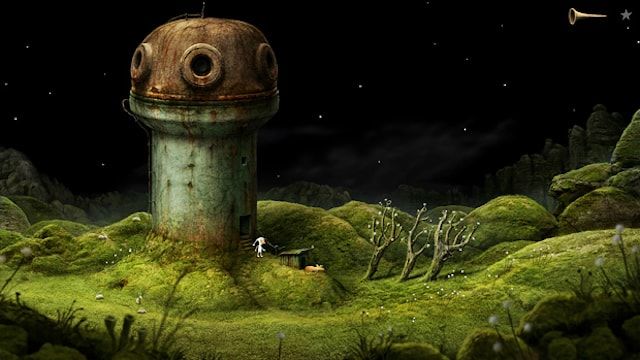 I would also like to highlight the musical background of the game. As mentioned, there is no dialogue in Samorost 3, music and sound effects tell the story instead. As the user progresses, they are accompanied by a diverse soundtrack. Moreover, it is part of the game mechanics, as solving puzzles is often associated with a specific melody. For example, the player will have to repeat a sequence of notes, make a chorus of marsh frogs sing, or “turn” a beetle into a musical instrument. When the main character approaches other characters, they often begin to sing and dance, but they can do it just like that, from the “fullness of the soul.”