Arcade racing is not as popular as it used to be. They have been replaced by semi-realistic games or games like The Sims, and the result is a niche that small companies like the Vector Unit are looking to fill. The developer has such hits as the Hydro Thunder Hurricane and the Riptide GP series. If you have missed the dizzying arcade racing, we advise you to pay attention to Riptide GP: Renegade… 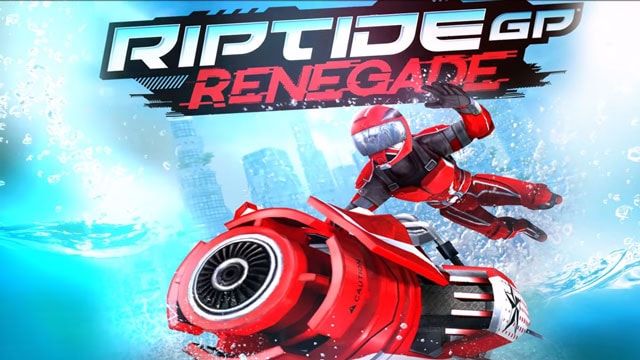 The game will take you to the future, where desperate extreme lovers arrange jet ski races, of course, illegal. Main character Riptide GP: Renegade Is a former jet ski star who was let down by a bad guy and kicked out of the Riptide League Grand Prix. You will have to do everything possible and impossible to regain your good name. 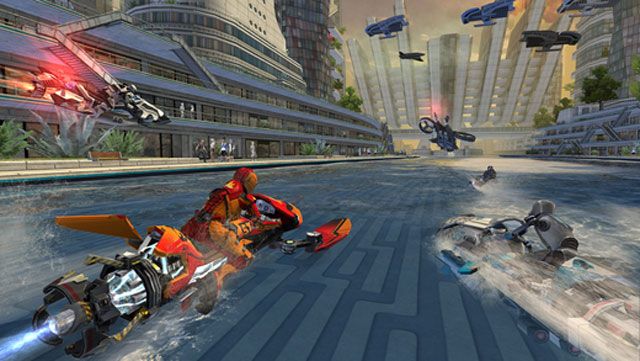 You will have to participate in illegal races in city water bodies and among the flooded ruins, skillfully maneuvering between the working machinery of the factory. Don’t think it’s easy! You have to perform deadly stunts over the raging waterfalls, hide from the police and develop enormous speeds on the seething recalcitrant waves. During the game, you will gather a new team of like-minded people who will help you regain your reputation as an honest racer and get even with the offender. 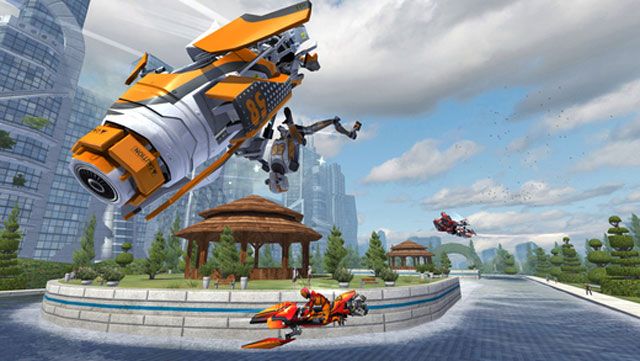 I must say that the plot in Riptide GP: Renegade – a secondary matter. In fact, it practically does not play any role there and is only needed for a bunch of alternating events. Be prepared for the fact that each next task will be more difficult than the previous one.

In the beginning, you are only given a basic basic level jet ski that can be tuned for the prize money. More powerful models will then be unlocked as the game progresses. 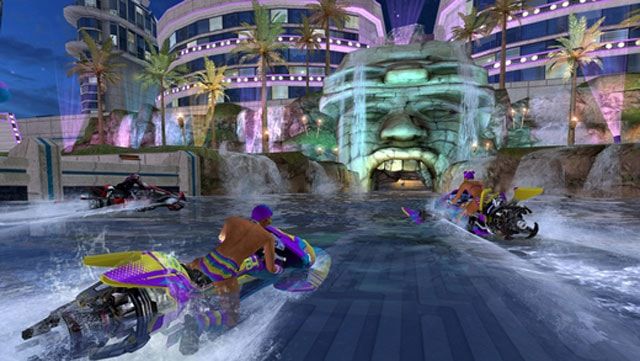 In addition to winning races, you have to run away from the police, whose only goal is you. It may seem unfair to some that the cops only hunt the main character, because the need to dodge the law enforcement officers adds additional obstacles to victory and gives a head start to rivals.

The game provides several plot branches concerning other team members, with their own events and prizes. In addition, there is a simple progress system: after passing one level, the player earns one star, which opens the next one, which, by the way, does not always follow the storyline. 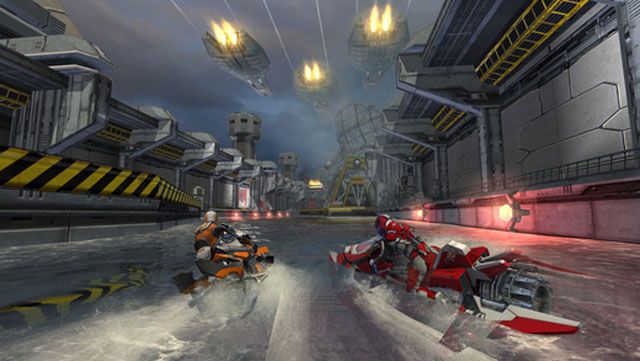 You can also play online. In total, there are eight types of matches, during which you have to compete with the best racers from around the world. In addition, you can compete with the “ghosts” of your friends. Split screen mode allows four people to play simultaneously on the same device. It’s even possible on the iPhone, but you need MFi controllers for each player. 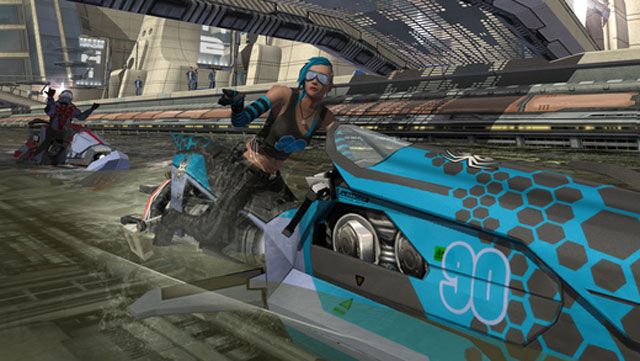 In order to play, you need to register at the Game Center. You can invite your friends through the Game Center, inviting them to fight for the title of leader. By syncing data via iCloud to Riptide GP: Renegade can be played across devices, including Apple TV.