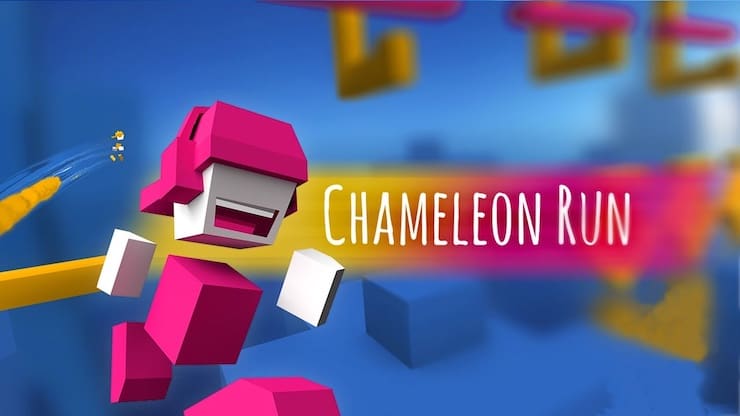 It is useless to expect something revolutionary from new runners – everything that could be thought of worthwhile has long been invented. The genre itself belongs rather to the category of timekillers, the creators of which rarely worry about the uniqueness of the content of their projects, relying on the features of the gameplay.

In general, Chameleon Run is no exception to this rule. Its developers did not invent a bicycle and remained within the framework of the given genre, perhaps slightly adjusting the gameplay. 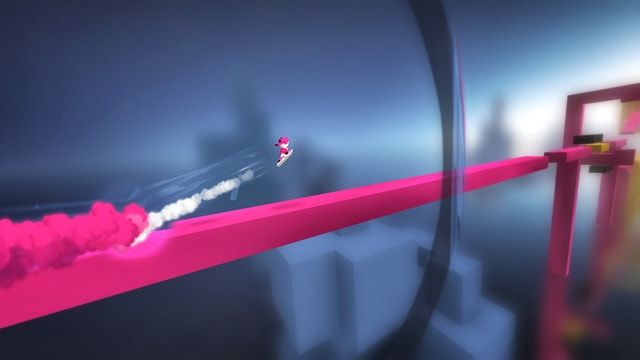 The game does not have a menu and unnecessary introductions – as soon as we launch the runner, a world of multi-colored platforms and a wide variety of obstacles that the protagonist – a small nimble man – has to overcome level by level, opens up before us.

Unlike the standard representatives of the genre, in Chameleon Run the gamer will expect slightly changed rules of the game – it will be important not so much to overcome obstacles as to change their own color in time in accordance with the change in the color of the platforms, while not forgetting to collect the balls necessary to move to the next stage and crystals. The character will remain alive even when falling into the abyss, provided that he managed to “repaint” in time. The only obstacle that can destroy the main character in any case is the various blocks and platforms in black. 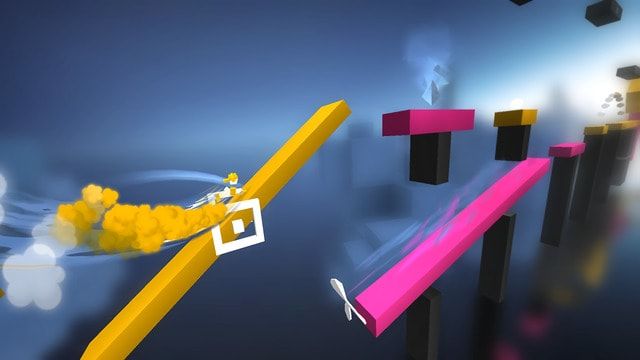 Since the speed of the game is high enough, and besides, there are many surprises in the form of elements that arbitrarily change color or interfere with the movement of fans, not everyone will be able to overcome even the initial levels the first time. But you can get used to such features of Chameleon Run over time, so the creators have included in the runner the possibility of competing with users all over the world. The essence of the competition is mainly to accumulate the maximum number of points. To do this, you will need to go through the levels extremely quickly, diligently collecting all the bonuses and never making mistakes when changing colors and overcoming obstacles.

For exemplary completed tasks, they give awards and open up new opportunities. Thus, it will be possible to get, for example, a jet board or increase the character’s running speed. 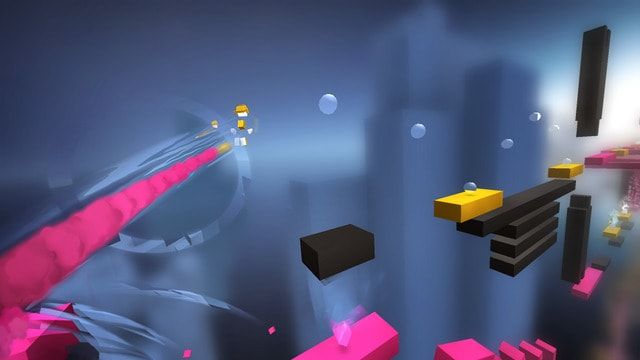 The runner is also different in design, for which he received an award from Apple. The visual component of the game, although minimalistic and made in pixel style, is still implemented at the highest level. The monotonous musical accompaniment slightly spoils the impression, but if you wish, you can simply turn it off.

In addition, there are no in-app purchases in Chameleon Run – each of the gamers will initially be on an equal footing. The game is available in the App Store at a price of 299 rubles.

In conclusion, it should be noted that in 2016 the game Chameleon Run won the annual Apple Design Awards, where Cupertinos reward the most interesting games and applications for iOS and macOS in terms of visual design.