One of the most effective ways to get away from the gray everyday life is strategy games. What could be better than plunging headlong into the bright, colorful world of heroes who selflessly fight for justice and protect the disadvantaged? If you like this kind of pastime, we advise you to pay attention to the step-by-step strategy Braveland from Russian developers Tortuga Team. 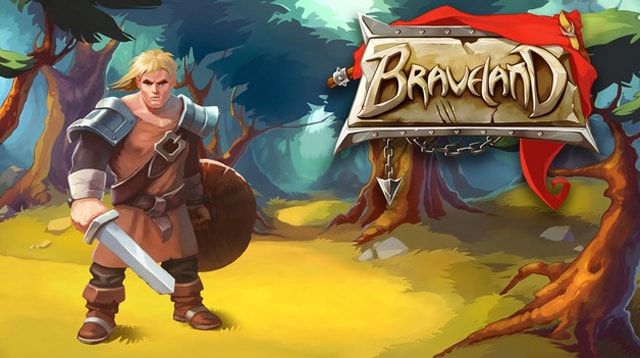 The protagonist of the game is the charismatic villager Nolan, who intends to take revenge on the robbers for the devastated village. To implement his plan, he needs to collect an army, which at first only includes the surviving fellow villagers. However, the brave warrior does not lose heart, because he has armor, a sword, and most importantly – indomitable energy. As the plot develops, dexterous archers, noble knights, healers and many others will adjoin the hero. According to the description Braveland in the App Store, the creators have provided 25 characters, ranging from goblins to ice guards. 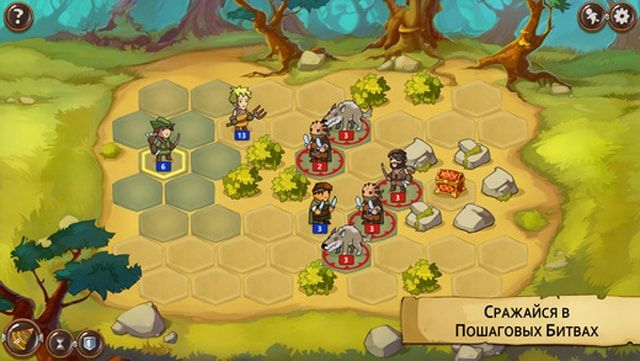 On the way, the hero will have to fight with wild wolves, robbers and magicians. Characters can have intimate conversations, and sometimes even indulge in whimsical curses and funny jokes. Fortunately, the creators of the game managed to comply with the measure and not turn their creation into vulgar bad taste.

♥ BY THEME: Parallyzed: Surreal Platform Runner for iPhone and iPad is an atmospheric platformer with unique gameplay.

It is also worth noting that the whole world Braveland hand-drawn. The adventures unfold in three parts of the game universe, and each chapter ends with an intense battle. For Heroes of Might and Magic fans, the battles may seem familiar. True, in Braveland battles are somewhat easier, there are not so many troops, and there are only five spells. 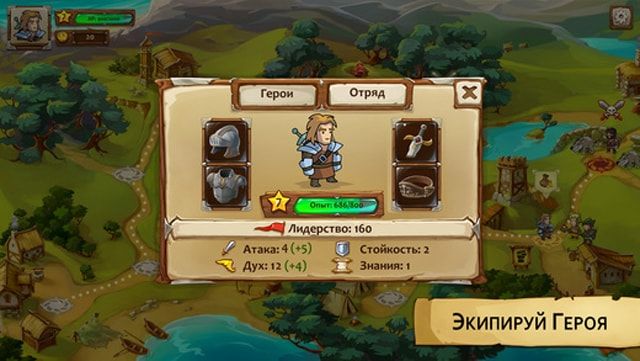 A bit annoying is the minimalism of the interface, which does not allow you to determine how much health your character and opponents have left, as well as what damage the hero is able to inflict during the next attack. However, do not worry, because if your eye fails, it will still have little effect on the army. Anything, but gold and bandits you will have in abundance. Even if during the battle the army suffered heavy losses, and the number of soldiers was reduced by half, for a fee they can be “resurrected” and returned to duty.

The map of the game is not very diverse – there are practically no forks, and movements are carried out from left to right. Along the way, the hero collects various artifacts and uses spells, and in taverns he can even hire fighters to his army (of course, for a separate reward). 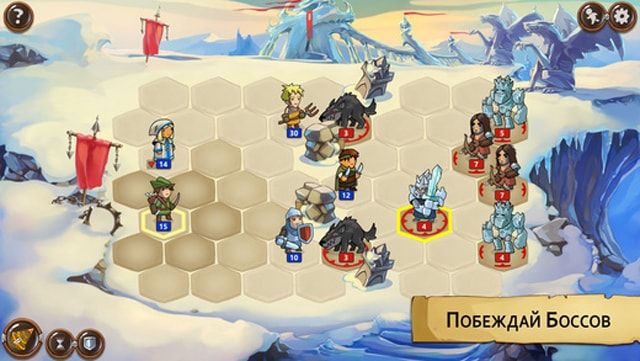 Play Braveland very simple, but that doesn’t mean the game is boring. Despite the absence of sentimental tension, the battles here are varied and very exciting, and the plot is intriguing. Best to play Braveland on a mobile device, as it might seem too trivial on a desktop screen.

In 2014 Braveland won the DevGAMM Awards for Best Mobile Game.