Burst shooting (Burst Mode) – a special camera mode on iOS devices, when it takes 10 pictures per second in a split second. This is a great way to capture a fast-paced scene, as it gives you a much better chance of getting a high-quality image. 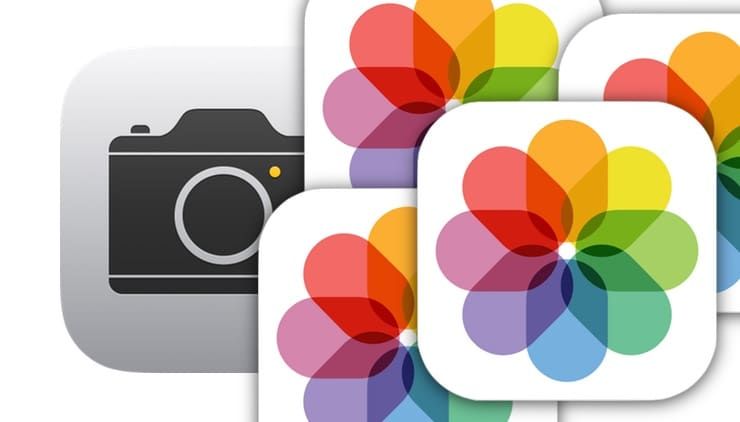 ♥ BY THEME: How to hide photos or videos on iPhone or iPad.

Before the iPhone 11, Apple smartphones could easily take a series of photos. To do this, you just had to hold down the shutter button in the Camera application.

Serial photography allows you to effectively capture some action, and in a group shot you can get the perfect scene when everyone has open eyes and no grimace. However, a similar action on the latest iPhones (iPhone 11 and newer) – pressing and holding the shutter button, results in a short QuickTake video. Fortunately, the burst mode is still there. He just hid behind a little-known gesture.

Like many other features in iOS, shutter button actions are now tied to gestures. By simply clicking on it, you can get a photo, which is expected. But pressing and holding this button allows you to shoot video as long as your finger remains on it. The same happens when recording a voice message in the application “Posts“.

But there is more. If you press and hold the button and then slide it to the right, you can instantly switch to video recording. 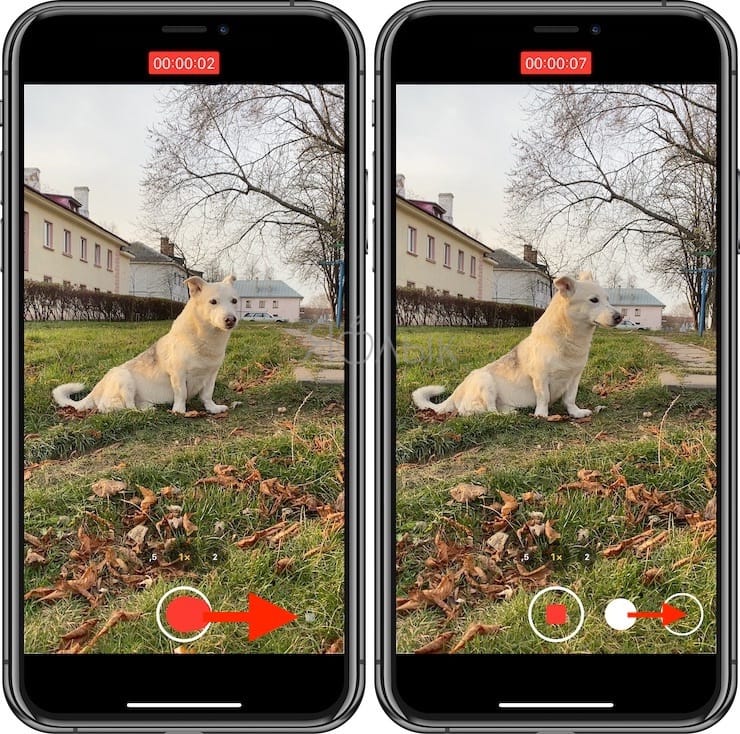 ♥ BY THEME: How to create a duplicate in a photo (clone objects) on iPhone.

How to Take Burst Photos on iPhone

In turn, the gesture of pressing and sliding the shutter button to the left activates burst shooting for as long as you hold your finger. Of course, there is a risk that a QuickTake video will be captured instead. The problem is adding too many gestures to simple controls. But the nice thing is that the burst counter displays the number of shots taken right inside the shutter button.

See also  Finder on Mac does not see iPhone or iPad, what to do 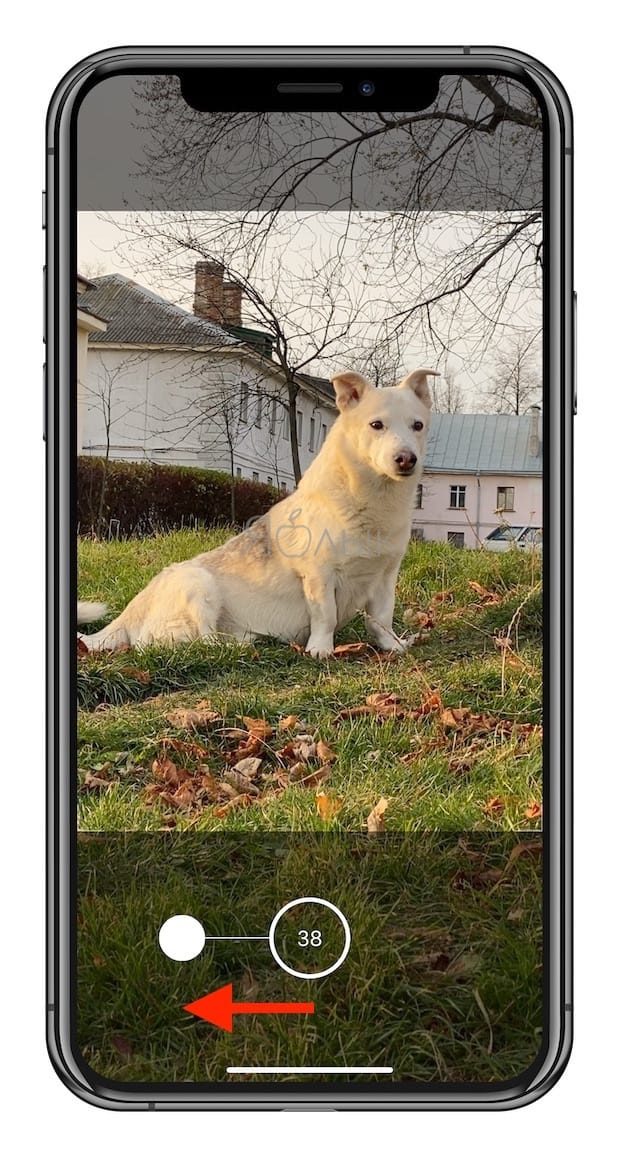 ♥ BY THEME: List of recognized songs in Shazam built-in on iPhone: how to view.

How to view photos taken in Burst mode

1. Open the app Photo on an iPhone or iPad.

2. Go to the tab Albums and select the type of media – Series… Take a closer look, serial photos are displayed in Film like a stack of photos. 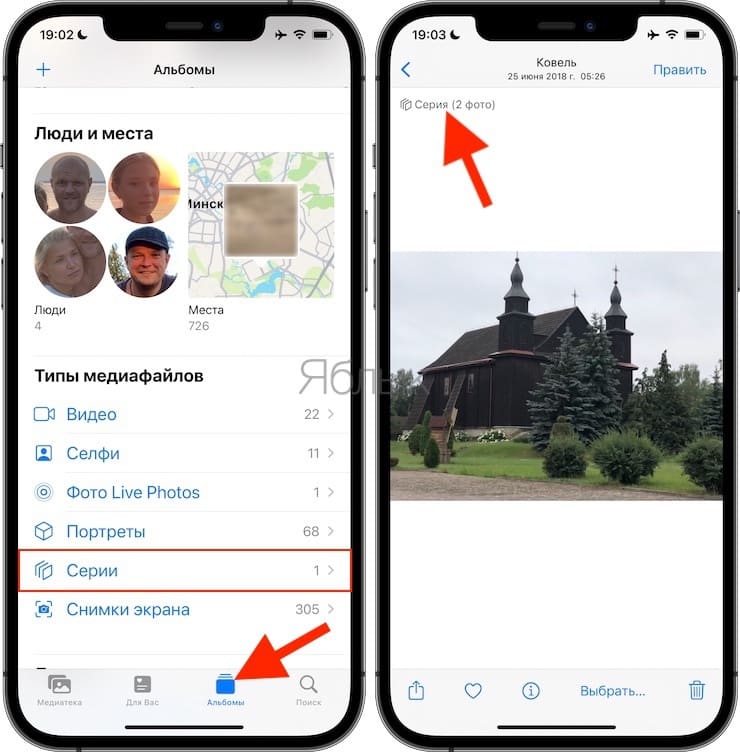 3. Tap the label Select in the bottom corner of the screen.

4. Scroll through the virtual film slider to view the entire series of shots.

See the dot underneath the image? This icon indicates that – according to Apple’s algorithms, of course – this is the best image in terms of focus and detail. Of course, the final decision is still up to you, and you are not at all obliged to be guided by the opinion of the “robot”. 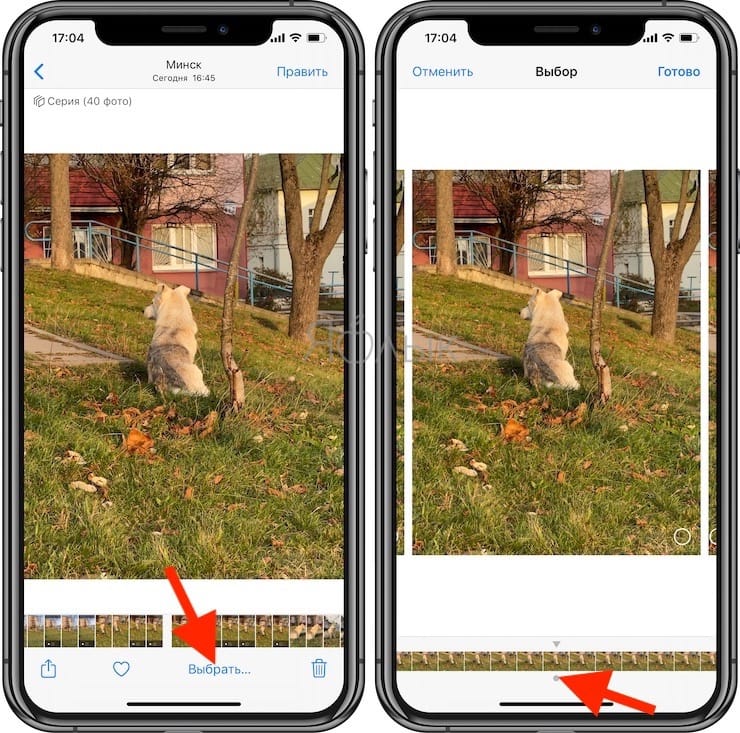 ♥ BY THEME: How to take photos correctly: 12 simple tips for those looking to improve the quality of their photos.

How to save individual photos from Burst

To do this, just put the “checkmarks” in the corresponding circles (in the lower right corner) and click Ready in the upper right corner. After that, you will have a choice – to leave only the favorites (ie those that you marked with a “tick”) or everything that was removed. If you don’t need all, all the shots, and you only need what turned out well, choose the option Only a select few… 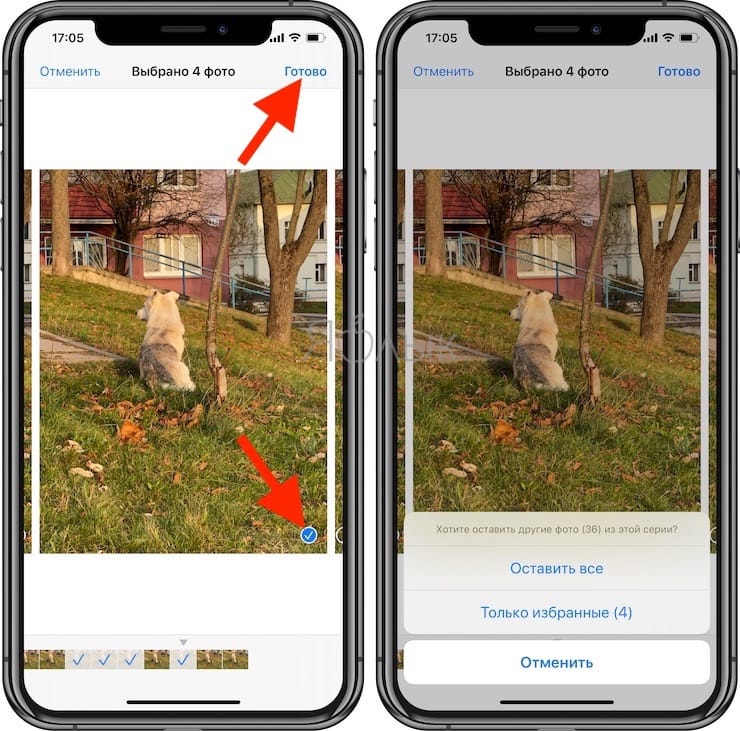 ♥ BY THEME: How to upload photos and videos to Instagram from Mac or Windows.

1. Open the system application Camera… If your iPhone or iPad is locked, on the lock screen, swipe from right to left (a quick gesture to call the camera) or click the corresponding icon in the Control Center (swipe up on the lockscreen).

2. Point the camera at the subject.

3. Press and hold the white shutter button just long enough to capture everything you need to capture. You will hear a characteristic sound (this is how photographers shoot stars on the red carpet), and a counter with the number of shots taken will appear just above the button.

By default, all photos from the mode Burst shooting fall into the Photos application – there is a special album for them called Series… However, they are also in your Film (again, marked Series). 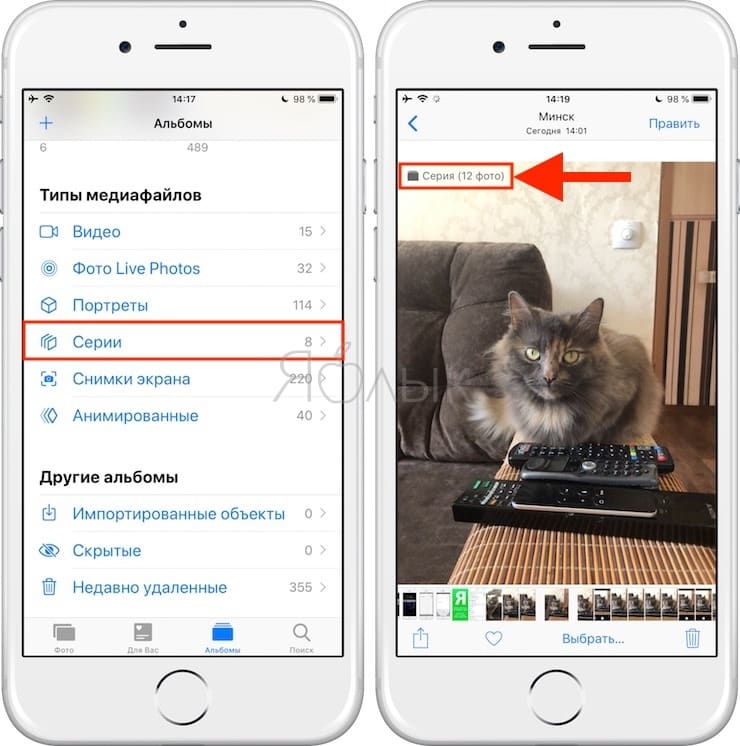 ♥ BY THEME: How to Take Cool Black and White Photos on iPhone: Tips and Best Apps