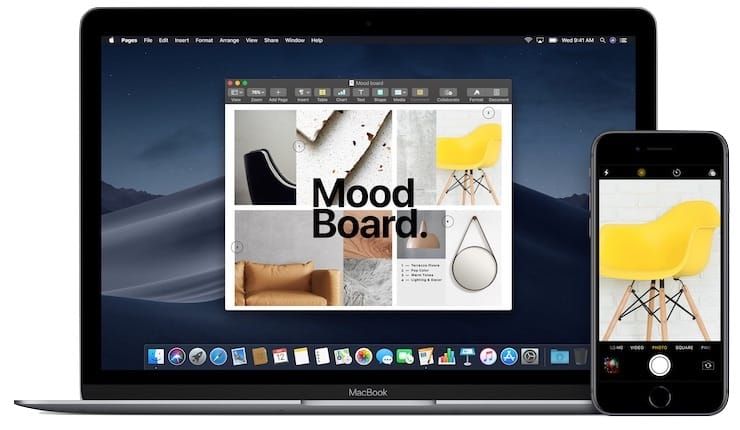 Starting with macOS Mojave, Apple’s desktop operating system has a useful new feature called Continuity Camera (Camera Continuity), designed for taking photos or scanning documents using the iPhone or iPad camera. In this case, the photos automatically appear in the document on the Mac. This happens without the need to additionally sync devices or manually transfer photos.

♥ BY THEME: How to delete files past the recycle bin on macOS.

In a nutshell, starting with macOS Mojave, your iOS device’s camera turns into another Mac feature.

♥ BY THEME: 10 cool features of iPhone + Mac pairing when used together.

IPhone camera as a Mac feature

People are using more and more different devices these days. To bridge the gap between mobile and desktop, Apple began creating features Continuity (Continuity) on iOS and macOS a few years ago. With Continuity Camera, the user can take a photo or scan a document using the camera on their iOS device, and then it instantly appears on the Mac. It’s much easier than trying to use the Mac’s built-in camera to do the job.

♥ BY THEME: How to take screenshot (screenshot) on Mac – 4 ways.

Make sure all your devices meet the minimum system requirements for Continuity Camera.

♥ BY THEME: Stacks in macOS Mojave, or how to organize files on your desktop into neat groups.

How to Take Photos on Mac with iPhone Camera

To add an image or scanned document from iPhone to Mac, do the following:

1. On a Mac with macOS Mojave 10.14 or later, open an existing document or create a new one.

2. Place the cursor where you want to insert the image.

3. On the toolbar, click on the icon “Insert image” and select one of the options: 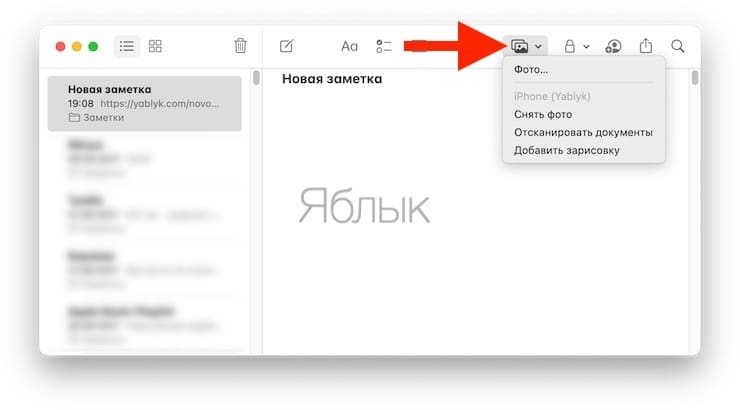 NOTE. If you have an iPad or iPod touch, the wording on the menu will match the name of your device.

4. Your iOS device’s camera will work immediately, ready to shoot.

Take a photo by pressing the shutter button on your iOS device, then select “Use photo”to automatically insert it into your document on your Mac, or click “Re-shoot”if the photo is unsuccessful. 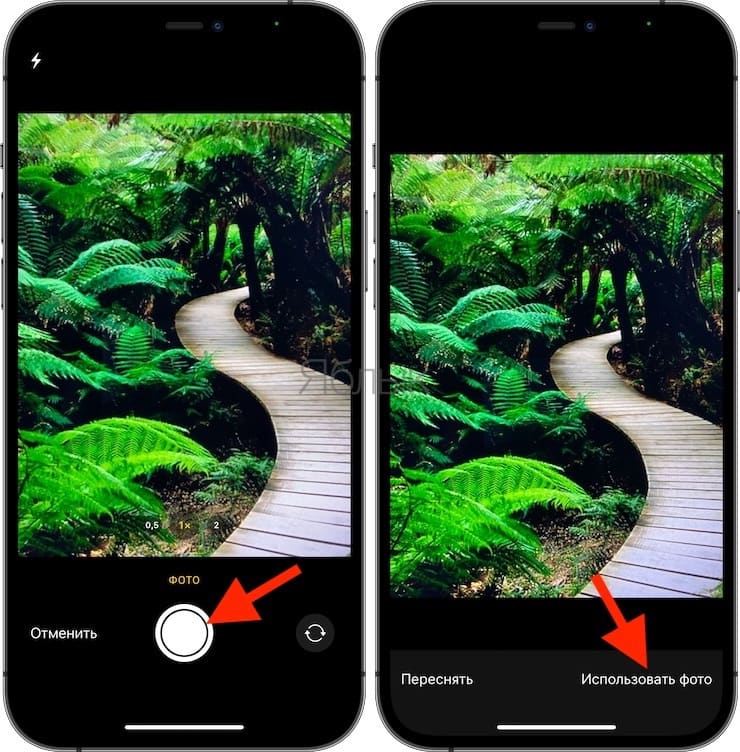 The interface provides basic shooting functions, including turning on the flash, switching between the front and rear cameras, and using optical or digital zoom. 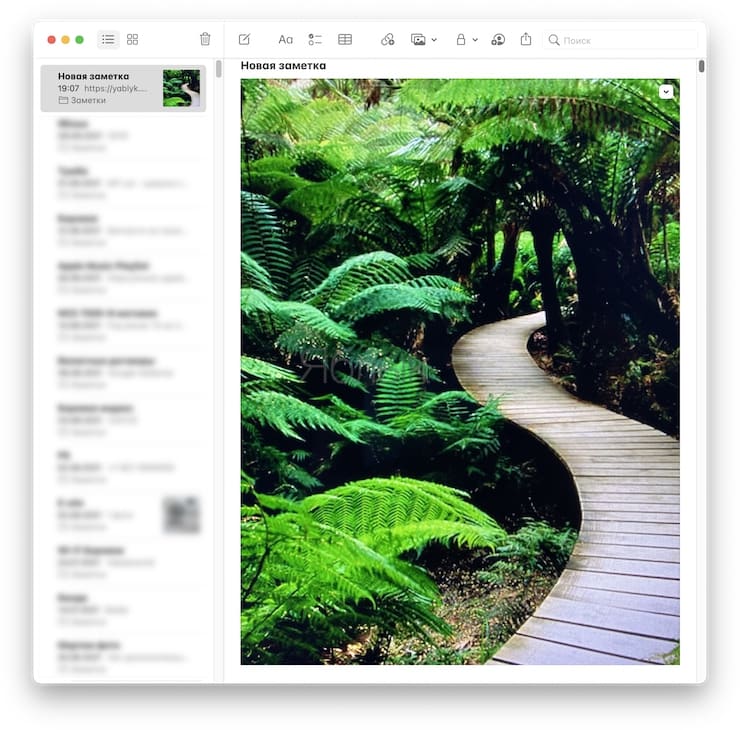 When using an iOS device as a document scanner, place the document in the viewfinder and press the shutter button, then adjust the frames. Click on “Leave”to return to the previous screen and scan additional pages, or “Re-shoot” to rescan. 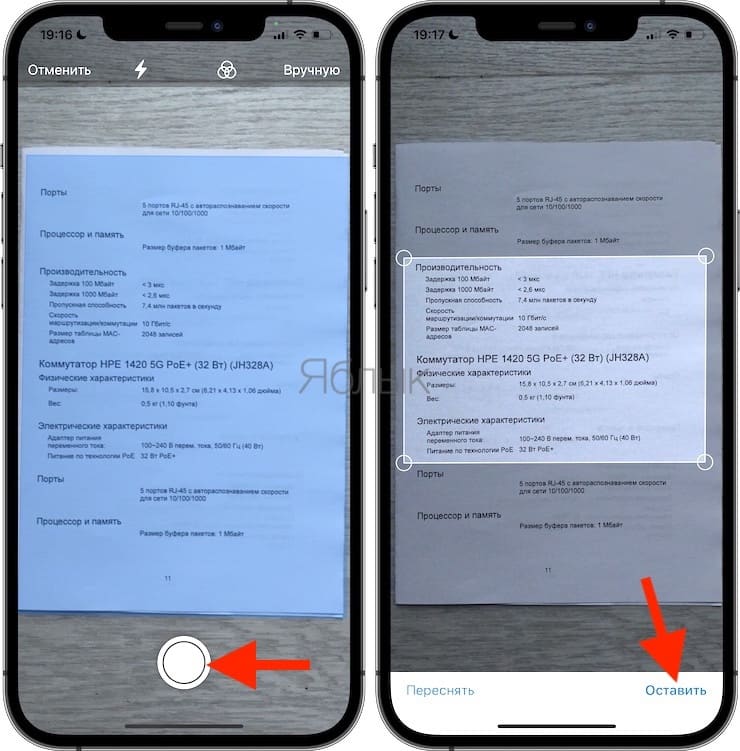 When finished, tap “Save”to automatically insert the scanned document into an app on your Mac.

Scanned files are saved in the application “Photo”…

The document scanning interface includes buttons for manual and automatic shutter release, flash, and a selection of image filters such as “Colour”, “Shades of gray”, “Black and white” and “Photo”…

In some applications, you can position the pointer where you want, and then right-click to select an option “Take a photo” or Scan Documents from the context menu.