The mobile games market and the App Store in particular are replete with various puzzles, both classic and very unusual representatives of the genre. As a rule, touch control is perfectly combined with games of this kind, primarily for the reason that most puzzles are not cluttered with an abundance of elements or virtual buttons, and all control is reduced to tapping and dragging objects with your fingers. 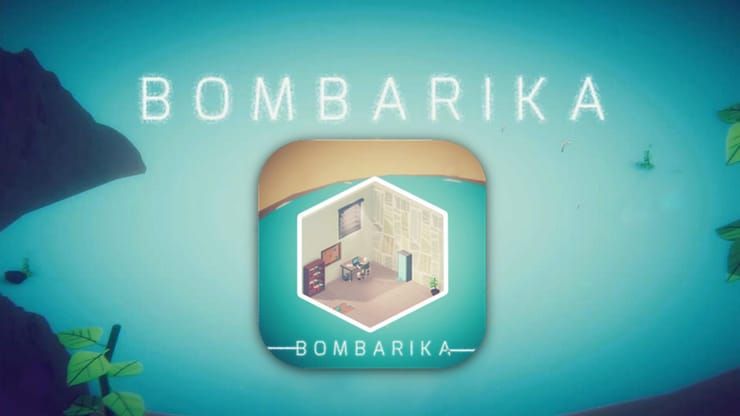 It is thanks to the above advantages that puzzles have firmly established themselves on mobile platforms over the past few years. Games like Monument Valley or a kind of puzzle / adventure hybrid The Room have already won a considerable number of fans, and now a new puzzle called Bombarika has joined their ranks.

Bombarika is an unusual puzzle game, it is not based at all on solving riddles or moving blocks. It is an isometric game with a great visual style, reminiscent of the Go series from SquareEnix, Monument Valley and Vandals. However, unlike these games, you do not need to control the main character. The task here is very simple and trivial, you just need to throw a bomb in a safe place before it explodes. True, this will have to be done not in the usual way, but with the help of objects in the room. 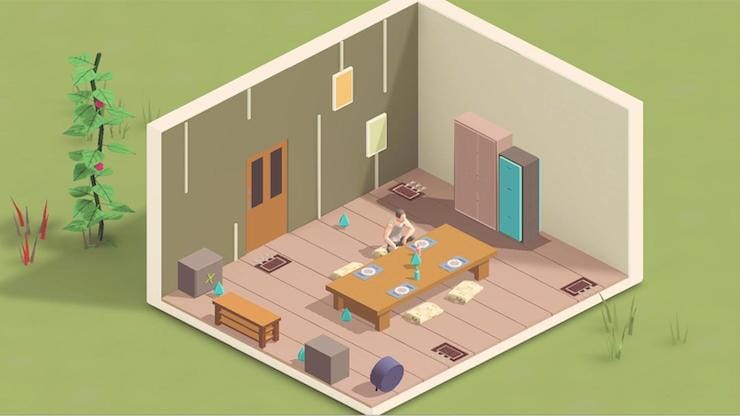 The game interface is very minimalistic, but you still have to keep track of some points. For example, in the upper left corner of the screen is a timer in a red hexagon, and to the right of it is a pyramid-shaped icon that displays the number of collectibles collected (here they are called ricas). Ricas are small pyramids placed in rooms. With their help, you can buy various items and opportunities, including bombs with different effects (one of the effects, for example, adds more time to the timer), explosives or the Metabomb, which will double the number of your ricas. 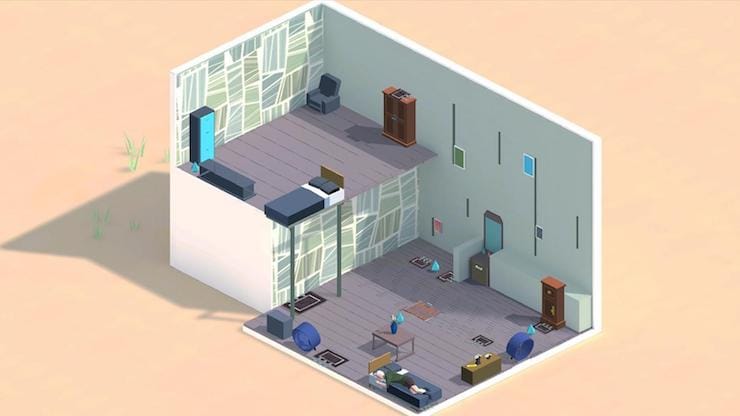 Bombarika also provides the ability to pause the game (the light bulb button in the upper right corner of the screen) and explore the layout of each room or level to see which objects can be clicked, moved, or otherwise influenced.

As you progress, the game becomes noticeably more difficult and practically does not limit the player, with the exception of the first training levels. You will have to think carefully about how to influence the environment and deliver the bomb to the exit so that it does not explode. Each room has different solutions that are not noticeable at first glance. For example, in some rooms the bomb will need to be thrown into the safe, where it will explode, opening the way for you to the next location. In other rooms, the trajectory of the bomb will depend on the draft or the direction of the air flow from the fan. 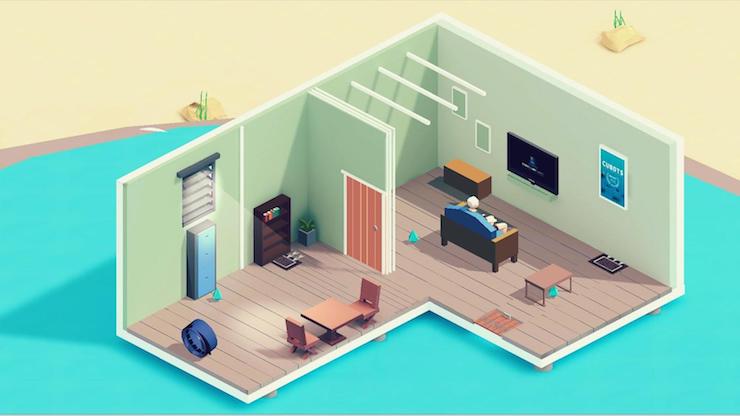 When it comes to content and variety of gameplay, Bombarika can be put on a par with the best games in the puzzle genre. The game is fun, accessible and not as easy as it seems at first glance. This is a really well-made project, where the developers paid a lot of attention to details. 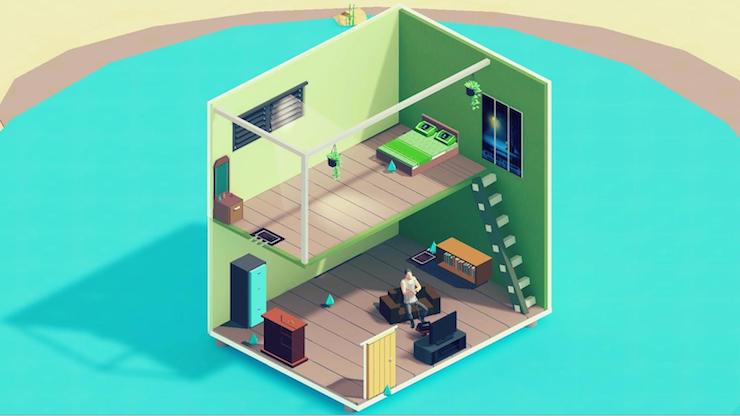 For example, in the living room you can meet one of the tenants playing an Atari console in front of a large TV, while the other is busy eating breakfast, while very naturally nodding his head from side to side. Although Bombarika does not have fancy graphics, it is moments like these that give the game the feeling of a real living world.

Bombarika is great for iPhone and iPad and will look good on a large iOS device thanks to its support for landscape play. Also, one cannot fail to note the melodic soundtrack, which only emphasizes the atmosphere of the game. Bombarika is addictive with its simplicity, nice graphics and unusual gameplay. If you like projects where you need to think, Bombarika will certainly give you a lot of pleasant minutes.

The cost of the game in the App Store is 179 rubles. To download it, you need a Phone, iPad or iPod touch running iOS 8.0.