Our iPhones have a lot of unknown, but simple features that help improve the device experience. Some of these features have been present in smartphones for a long time, we just don’t know about them or have forgotten about them. 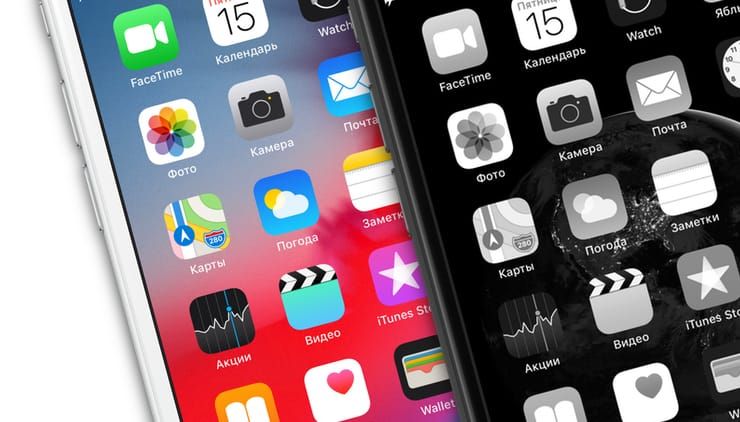 ♥ BY TOPIC: How to clear cache and memory on iPhone or iPad.

Back in the eighth version of iOS, the iPhone appeared “Shades of gray”… Psychologists consider his presence important, because he helps fight smartphone addiction. In 2016, Americans spent 2.5 to 4 hours on their phones every day. 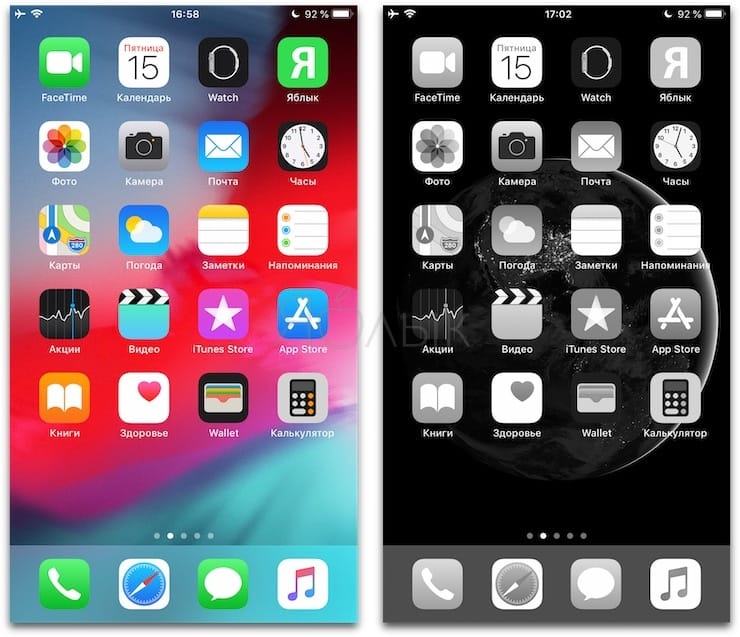 Nature draws attention to certain objects with the help of bright colors. And the bright screen with many shades invariably beckons to itself. Ancient stimuli that are not clear to us are activated in us, which make us gaze for hours at the display of smart devices. Color pictures there promise a lot of interesting things. But turning on black and white mode immediately destroys all the magic. The iPhone no longer looks like a decoy for which it is not a waste of its time … and we often use it only for its intended purpose. 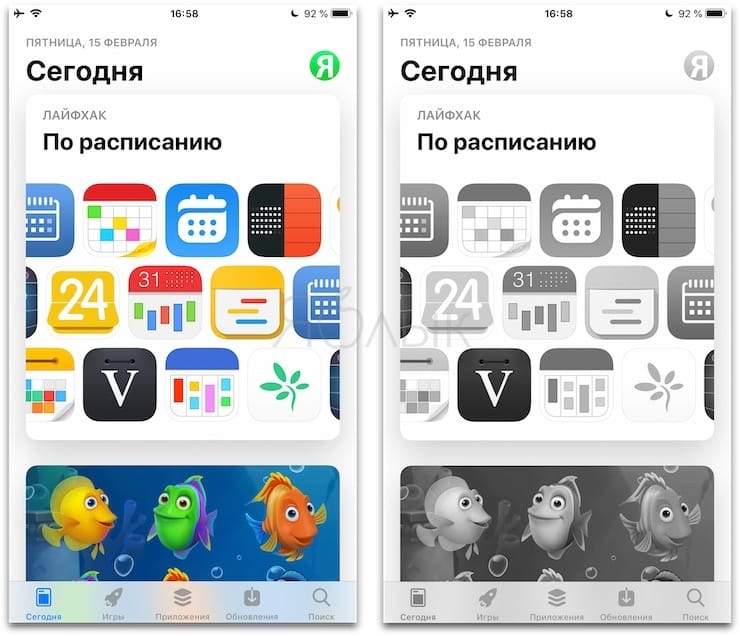 Journalist Megan Holstein has dedicated an entire article to her experience turning off color on the iPhone. She described the full range of her emotions. At first, the woman felt relief, but with it, anxiety. When she looked at the iPhone screen, she began to feel as if the house was sorely lacking in light. But gradually Megan began to pay attention to the surrounding colors, they seemed to become brighter. The journalist wanted to go out more often and enjoy the world. It turns out that there are bright colors around us. 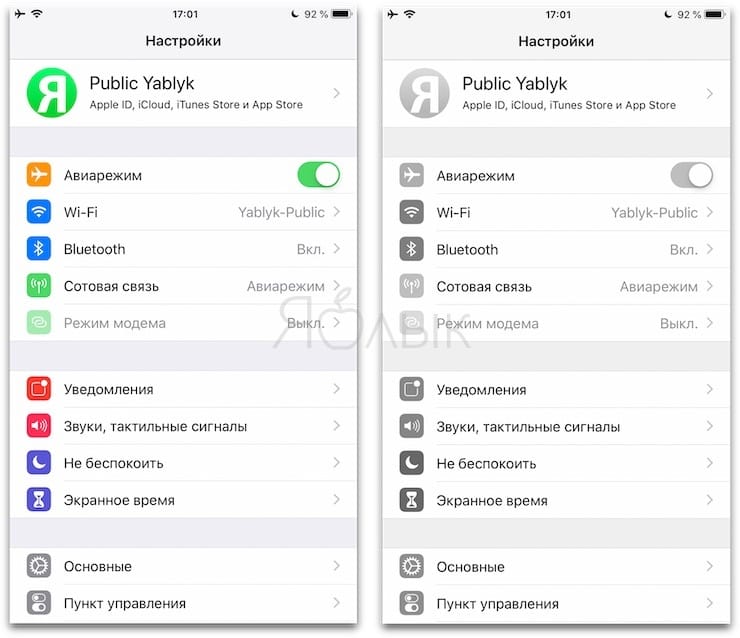 After a while, Megan Holstein even decided to reconsider her whole life. It’s so ridiculous to waste hours of time on Instagram and other apps. The journalist finished the experiment and returned the full color gamut to the iPhone. However, now it began to seem overly bright. Then Megan decided to return to the black and white shades of the screen forever.

This mode (just like the Dark Theme in iOS) significantly saves battery power. Why this happens and on which iPhones it works, we told in this article.

♥ BY TOPIC: How to reduce the consumption of mobile Internet traffic on the iPhone. 13 tips.

How to make iPhone screen black and white

Making an iPhone screen black and white isn’t that hard. To do this, follow the path Settings -> Accessibility -> Display and text size… 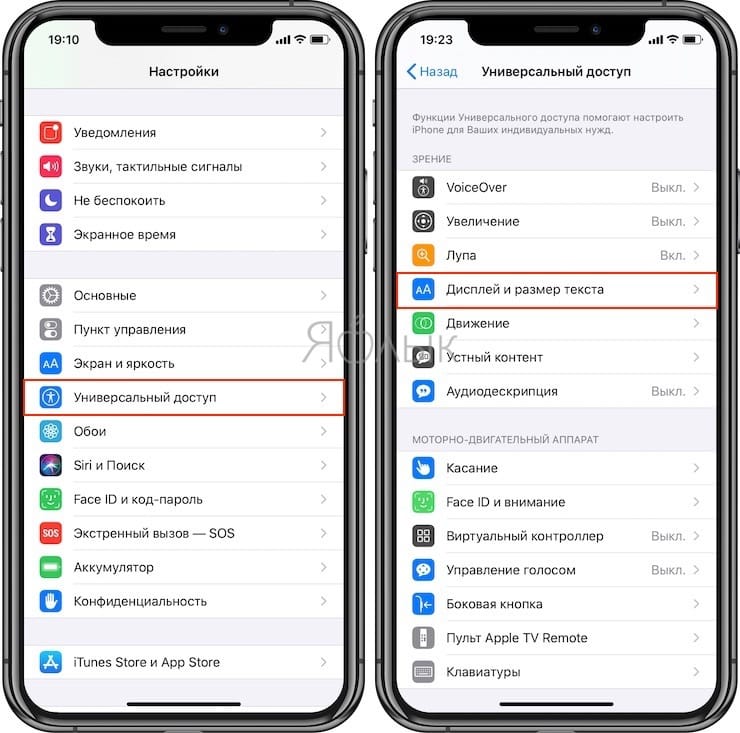 Find the section “Light filters” and activate the corresponding switch. 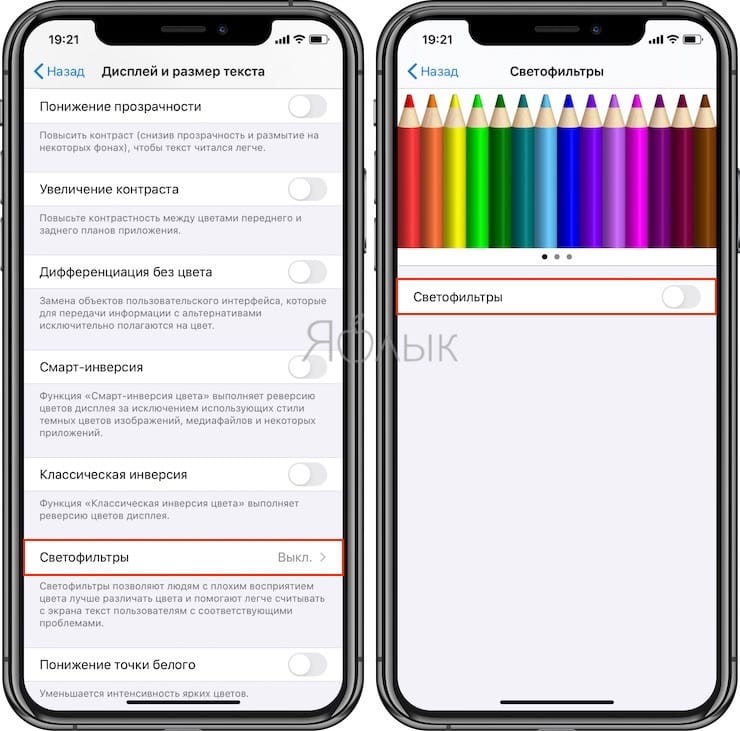 By default, you will be prompted to enable the filter “Shades of gray”… If it has not been activated, then it can be selected manually, like any other. Color filters are also available, such as blue and yellow. 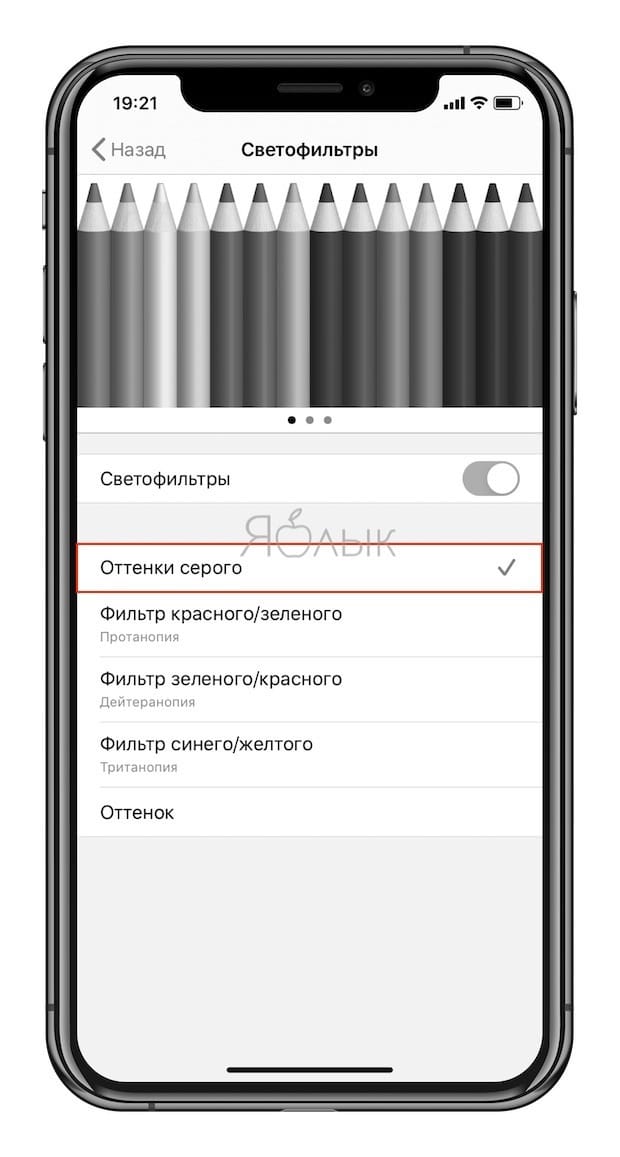 Changing the color filter used in the iPhone may have one or another psychological effect, but this definitely does not affect the performance of the device itself.