At first, no one knew about him, then everyone thought that only criminals used him, then they decided that he was “already done” … and today one bitcoin is worth tens of thousands of dollars, and people are buying up cool “hardware” in order to “mine” (get) at least some virtual ฿-coins. And bitcoin is a very unusual thing. We will tell about the most interesting of his “quirks”. 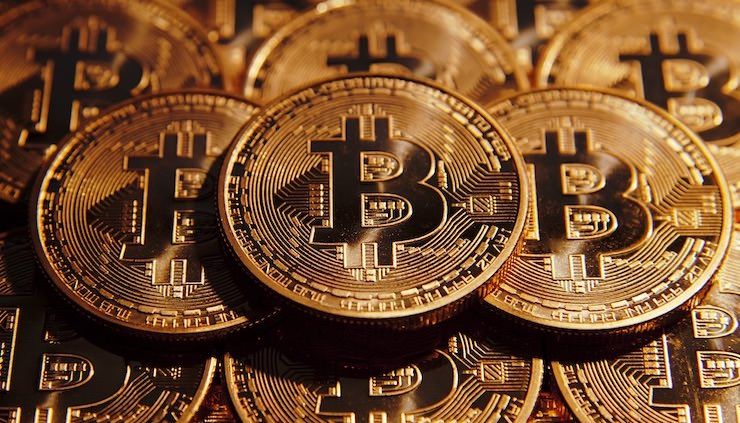 ♥ BY TOPIC: The best cities in the world: 28 places with the highest standard of living. 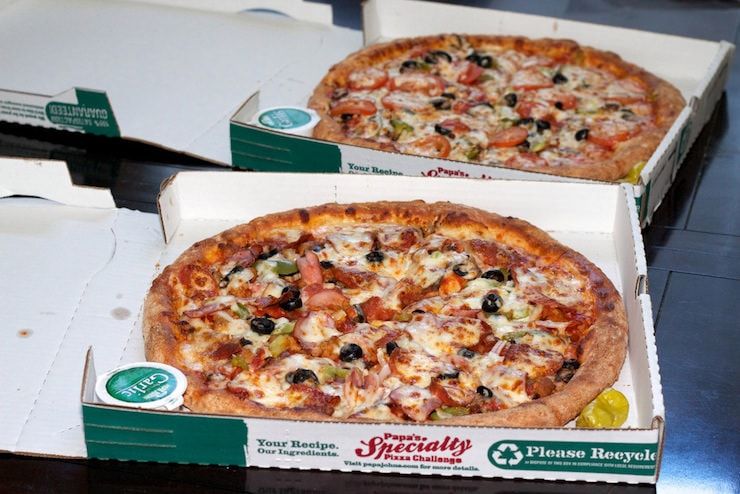 On May 22, 2010, programmer Laszlo Hanjes, with the help of friends from the Bitcoin Talk forum, paid 10,000 BTC (BTC is an abbreviation for bitcoin) for two Papa John pizzas. Then his bitcoins were worth $41, twelve years later – $400 million!

♥ BY TOPIC: Why the dollar is called the buck, denoted by the symbol $ and other interesting facts about the American currency.

2. Nobody Knows Who Created Bitcoin

In 2008, an unknown user (or group of people) under the nickname Satoshi Nakamoto published a report on one of the forums describing the principles of the functioning of the bitcoin network. The document fit in just nine pages, and almost everything (except for the last chapter) could be understood even by an unprepared reader. Everyone liked the idea … well, you already know what happened next.

However, even today no one knows who Satoshi Nakamoto is, “he” is or “she”, where this person lives and whether he (a) is alive.

Why? Most likely, at one time the creators of bitcoin decided that maintaining anonymity would help attract maximum attention to the project. And a truly decentralized currency simply should not have one “leader” or a person who has a “red button”.

In any case, whoever Satoshi Nakamoto is, he is a real genius.

♥ BY TOPIC: Folder “con” in Windows: why can’t you create a directory with this name?

3. There can only be 21 million bitcoins in the world

Unlike ordinary money, which governments can print as much as they need (and thereby devalue), the issuance of bitcoins is limited by their creator to a certain number, which is 21 million. New bitcoins appear only as a reward for the labor and expenses of “miners” (miners ). Every few years, 2 times less bitcoins enter into circulation than before. This will continue until approximately 2033, when the entire limit of 21 million bitcoins will be chosen. Currently, almost 80% of the total number of available bitcoins has been mined. Cryptocurrency scarcity is the main reason that the price of bitcoin has skyrocketed in recent years. 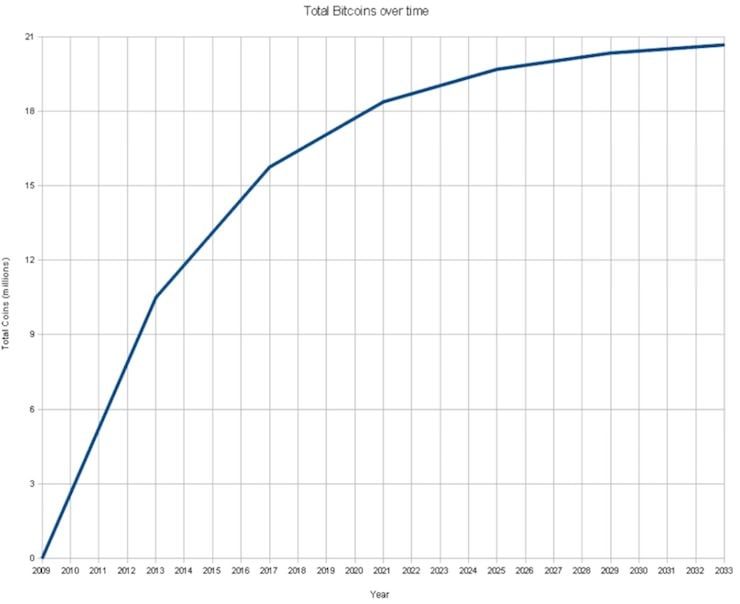 ♥ BY TOPIC: 70 interesting facts about IT technologies.

In the early days of bitcoin, it was possible to “mine” even on a laptop. Over time, more and more serious requirements began to apply to mining: today it only makes sense to mine bitcoins when you have ASIC hardware (ASIC – an integrated circuit specialized for solving a specific task), cooling systems and cheap electricity. On the other hand, says an English cybersecurity expert under the nickname Zach, everything that could be invented with hardware has already been invented. So, in full accordance with Moore’s law, ASICs will soon start to get cheaper. And we will be able not only to mine a penny, but also to heat the house to a comfortable temperature of 21 degrees Celsius.

5. Physically, Bitcoin does not exist. 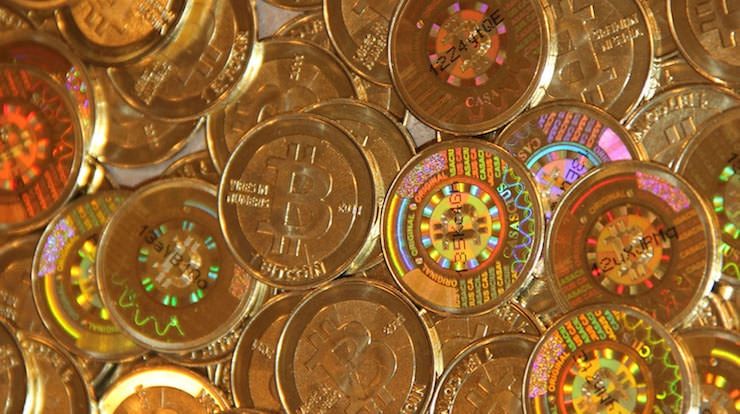 However, in 2011, the American company Casascius Bitcoin Mint put into circulation metal bitcoin coins of various denominations (0.1, 0.5, 1, 5, 10 and 25 bitcoins). The coins were essentially “offline wallets” with unique information indicating them – a bitcoin address and a secret key hidden by a one-time hologram. Brass and gold were used as the material for making coins. 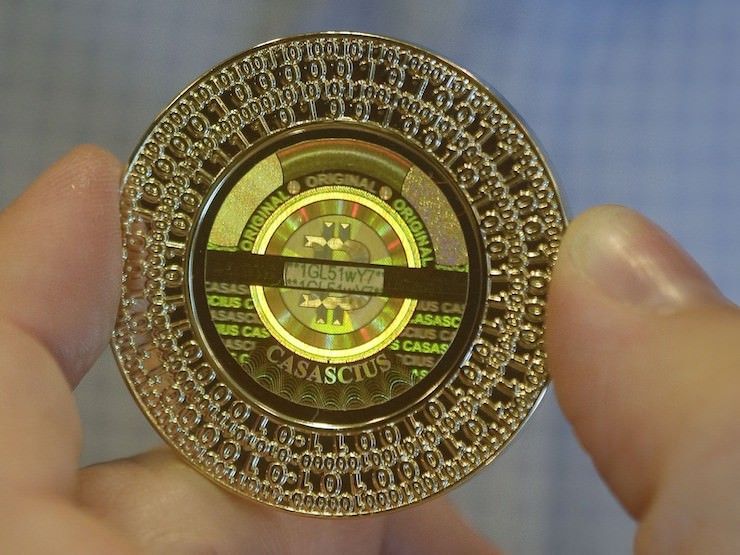 ♥ BY TOPIC: Nikola Tesla – who is this Serb, after whom the Tesla and Nikola companies are named.

If you want to not just look at bitcoin, but pay with it (a world map of places where bitcoins are accepted), then you definitely need to have a wallet. There are many kinds of them. Supported platforms: iOS, Android, Windows, macOS, Linux. In addition, there are browser and hardware solutions.

See also  Denomination, or how much a dollar would cost in Russia without monetary reforms 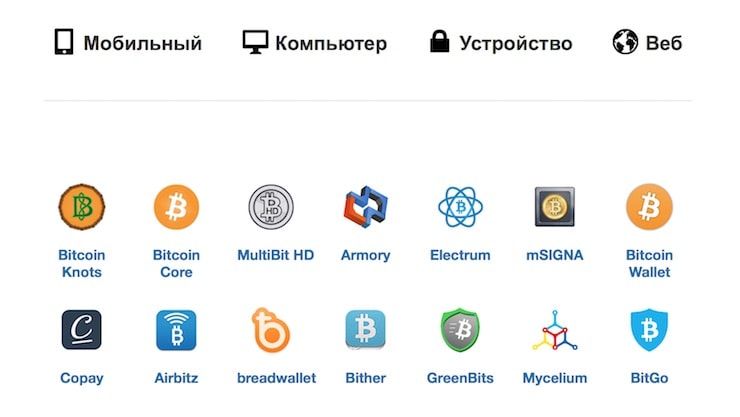 For example, the basic Bitcoin Core, which, if desired, can be compiled from source code and then wait a few days while it synchronizes data with information from the entire BTC network. Hardware wallets are for those who did not pay 10,000 BTC for two pizzas, but left them with them until better times. Finally, there are the recently introduced ‘lightweight’ SPV (simplified payment verification) wallets for smartphones, where security is ensured, among other things, with the help of the device’s security tools (for example, Touch ID on the iPhone). The latter are perhaps the best combination of reliability and ease of use. If we talk about specific developments, we can recommend Breadwallet (available for both iOS and Android), but this service charges a commission on transactions.

♥ BY TOPIC: God level: A store employee enters data into a cash register as if playing a musical instrument (video).

7. Bitcoin transactions can be made using emoticons

A transaction using bitcoins is not the “confused” algorithms of traditional financial institutions, but a common instruction for the network. In other words, you can send it via SMS or email. And in order to hide the transaction from prying eyes, you can use emoticons or even a single picture. Such advantages make bitcoin immune to control attempts by governments.

♥ BY TOPIC: Space speeds: how fast do you need to fly to leave the Earth, the planetary system and the galaxy?

8. There are more smartphones in the world than bank accounts.

For us, banking services have long become something commonplace. But the 2 billion inhabitants of the Earth cannot say the same about themselves – they do not have banks, and therefore they cannot play any role in the global economy. An example of such a country is Ghana, the banks somehow did not work out here. But almost everyone here has a smartphone or a simple phone, and it is much easier for people to exchange money using bitcoins. By 2022, there will already be more than 7 billion smartphones in the world, and a completely new generation of people will own a large part of them. And the chances that they will choose Bitcoin over Bank of America are very high.

9. Bitcoin is a little worthless

Now the commissions for payments with bitcoins are quite high. Commissions are charged for each byte of transmitted information, so it is unprofitable to transfer small amounts of money: the commission may turn out to be more than the payment. This is a pity – after all, initially many saw the great potential of bitcoin in the so-called. “microtransactions”. True, now Segregated Witness has appeared – a new, more economical way to manage data, it should make small transfers more profitable.

10. The Bitcoin blockchain is just one of many.

Blockchain (literally “chain of blocks”) is bitcoin’s digital “book of books”, a distributed database that contains records of absolutely all transactions from the very beginning of the existence of the service. The first entry in it belongs to Satoshi Nakamoto, who sent himself the first bitcoins to the Genesis block. New blocks are added by miners approximately every 10 minutes, the file with all the records weighs more than 200 GB today. It can be downloaded or viewed in a browser (for example, on blockchain.info).

See also  Bitcoin: 10 Surprising Facts You May Not Know About

There are also cryptocurrencies alternative to bitcoin, each of them has its own blockchain. The technology is also trying to be used in other areas of life – for example, in checking the right to vote, records and health status and the land registry.