Modern operating systems have at their disposal tools for most of the tasks that are relevant to the user. Although the functionality of these programs is not deep, they solve their own problems. However, users often want something more. So the built-in QuickTime video player in macOS is not for everyone. Yes, it plays videos, but you can argue about the convenience of working with this application and its capabilities. 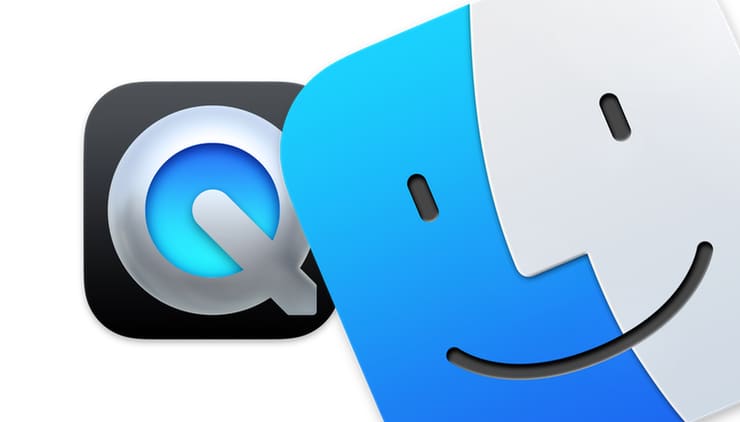 ♥ BY TOPIC: The best viewer for Mac, or how to view photos on macOS – an overview of 10 applications.

What to consider when choosing a video player for Mac?

♥ BY TOPIC: Hidden files on Mac: how to hide files and folders in macOS from outsiders: 3 ways.

Best Video Players for Mac in 2022 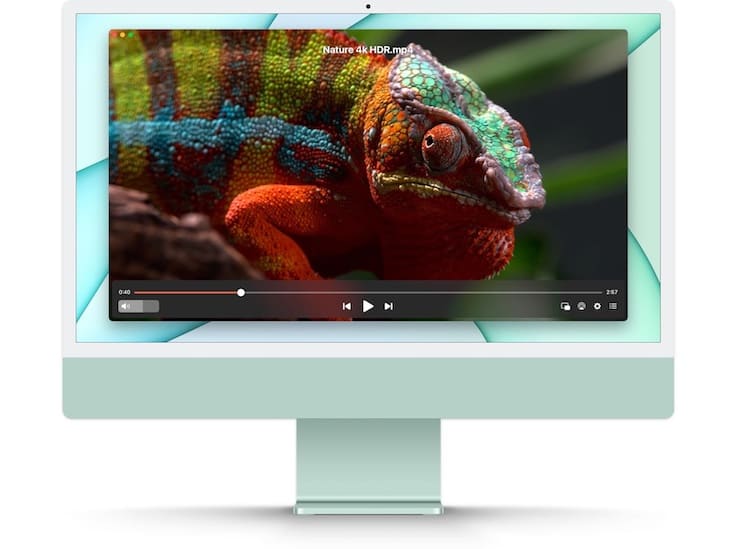 This media player can be considered the best for Mac. Its main trump card is support for a huge number of formats. In addition to the common MP4, MOV, MKV, AVI, FLV, SWF, WMV, MP3, these are also more exotic, and the application does not require additional codecs or plugins. Elmedia Player is made in such a way that the user can watch content without being distracted by additional processing tasks.

Elmedia Player perfectly reproduces high quality video, without showing problems traditional for analogues in the form of audio desynchronization or video slowdown. The stability of the work is achieved due to the work with hardware acceleration for media decoding, it is worth noting the abundance of settings for playing content that are present in Elmedia Player.

All this the user receives in the free version of the player. And in the Elmedia Player PRO version, there are even more opportunities. The paid option will allow you to watch video streams for hours, without forced breaks for advertising.

In addition to supporting any audio and video formats used by users, Elmedia Player can also stream files from your Mac using AirPlay or Chromecast, as well as to devices that support DLNA. Elmedia Player PRO has the ability to manually adjust the video and equalizer sliders. This allows you to provide an ideal picture and sound for a particular viewer. Another useful feature of the video player is the ability to take screenshots. Even the color and font of the subtitles can be customized here. A rich set of tools has become the reason for the popularity of Elmedia Player – it is used by more than 2 million people around the world.

See also  How to turn off startup sound (welcome sound) on Mac: 2 ways Now let’s briefly list the pros and cons of this player:

♥ BY TOPIC: Launchpad on Mac: what it is and how to set it up so that you want to use it.

This player is also able to compete for the title of the best Mac application in its class. Despite the small size of the program, it turned out to be quite powerful. JustPlay also supports a large number of video and audio formats, easily plays 4K and even 8K videos. The versatility of the application is achieved by supporting hardware decoding, as well as optimized software code. 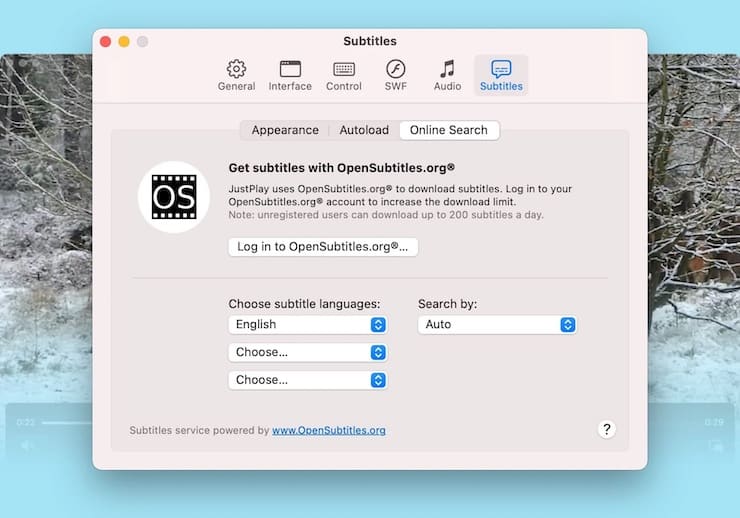 Pros and cons of JustPlay:

♥ BY TOPIC: How to turn off password every time you boot your Mac. 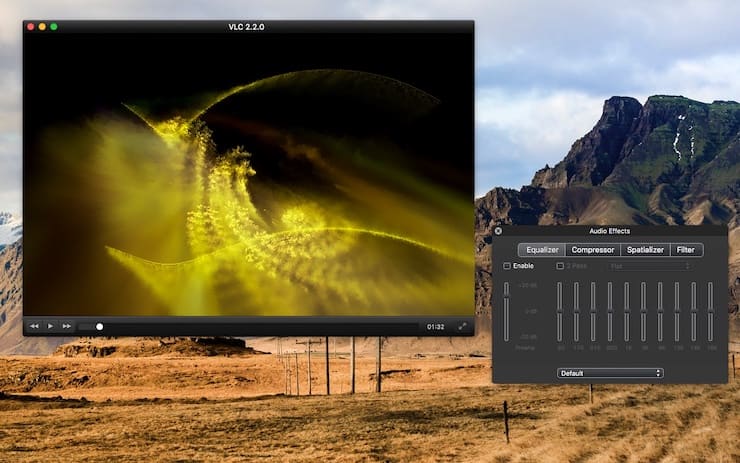 The iconic media player also has a version for Mac. The main advantage of VLC Player is its absolute “omnivorousness”. This player allows you to install additional extensions that will make your viewing as personalized as possible. VLC Player is open source, which guarantees the safety of user data. The fame of this product and its popularity on different platforms, including the Mac, is understandable.

♥ BY TOPIC: How to turn off Auto-correction (correction) of text on Mac, iPhone and iPad. 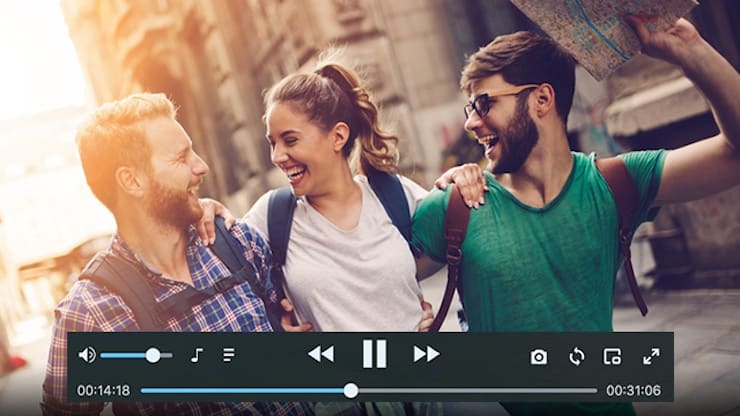 This program also looks like a multifunctional combine. The player supports up to 50 different audio and video formats. With Cisdem Video Player, you can easily play 4K and 8K videos without installing additional codecs or plug-ins for this. In this case, the video will be played as smoothly as possible, without buffering. A nice bonus is that the application has a free version. At the same time, the developers guarantee the absence of surveillance or spy functions. So Cisdem Video Player is a completely confidential product. 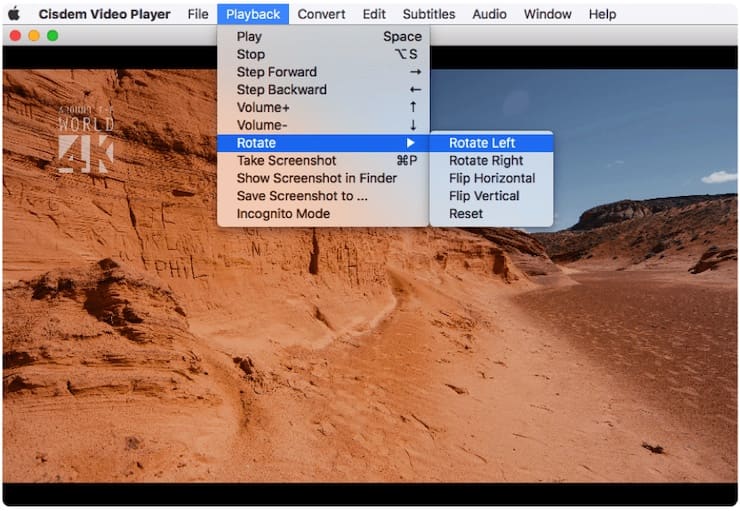 See also  Lost sound (hard to hear) when shooting video on iPhone, how to fix

♥ BY TOPIC: How to add a live Memoji avatar to the macOS lock screen? 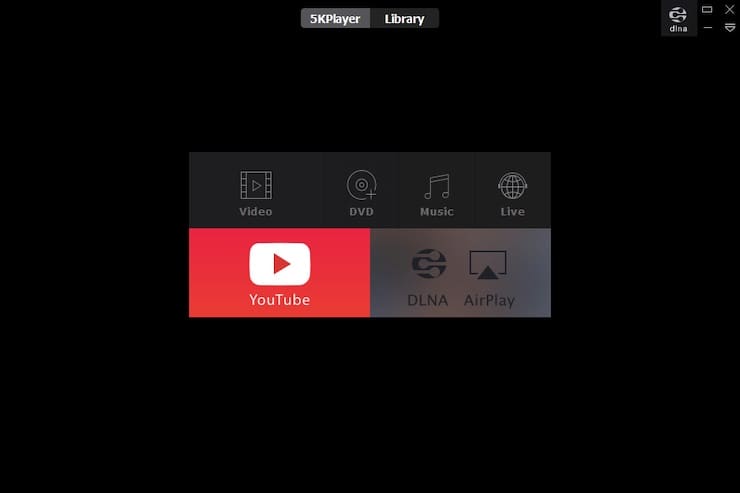 5KPlayer may seem like a good video player option to many Mac users for several reasons. The program is very easy to use, while it has all the basic features that are found in more advanced applications. 5KPlayer supports AirPlay, it has its own video tuner and sound equalizer, you can download videos from popular platforms: YouTube, Dailymotion, Facebook, Vimeo. And the built-in video converter will not be superfluous, especially since it is also simple and reliable. With 5KPlayer, the user can quickly start working, which makes this product stand out.

Pros and cons of 5KPlayer:

♥ BY TOPIC: Path string in macOS – hidden features you might not know about. 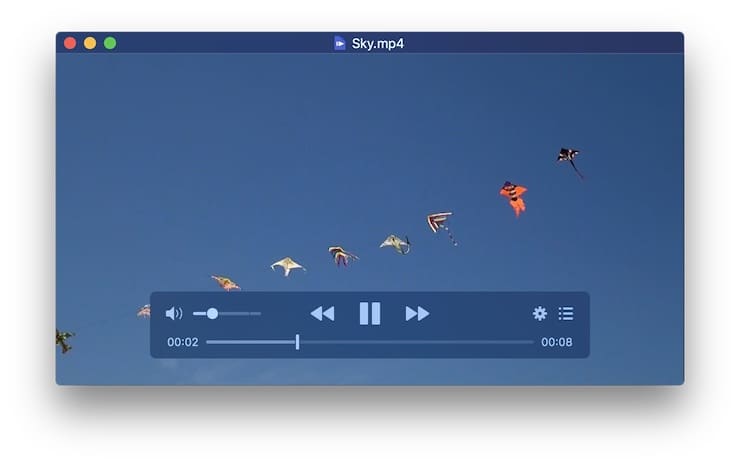 This video player may seem to be created by Apple specifically for its devices. The all-in-one media app caters to all the needs of Mac users. IINA has many features that tightly integrate the player with the macOS operating system: smooth gesture playback control, support for Force Touch, Touch Bar and Dark Mode. IINA looks very natural on Mac. At the same time, regardless of the version of the operating system used on the computer, the player works smoothly and does not crash.

Pros and cons of IINA:

♥ BY TOPIC: Stacks in macOS, or how to organize files on your desktop into neat groups. 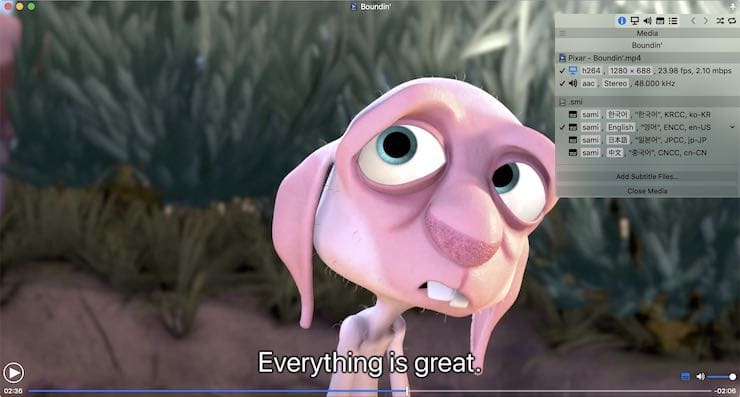 This application is also rightfully popular with many Mac users. Moovist developers are not afraid to experiment, changing both its appearance and functionality. However, this only pleases users. After all, Moovist maintains a modern and up-to-date design, and the number of settings for displaying video, audio, and subtitles is constantly growing. Not so long ago, Movist significantly updated the platform, improved the optimization of processor usage and the performance of the system. This is required by new high-resolution photos and videos, including 4K. And although the player itself is paid, many users are not deterred by the price of 449 rubles for the opportunity to use convenient features.

See also  How to clear DNS cache on Windows, Mac and why you need to do it 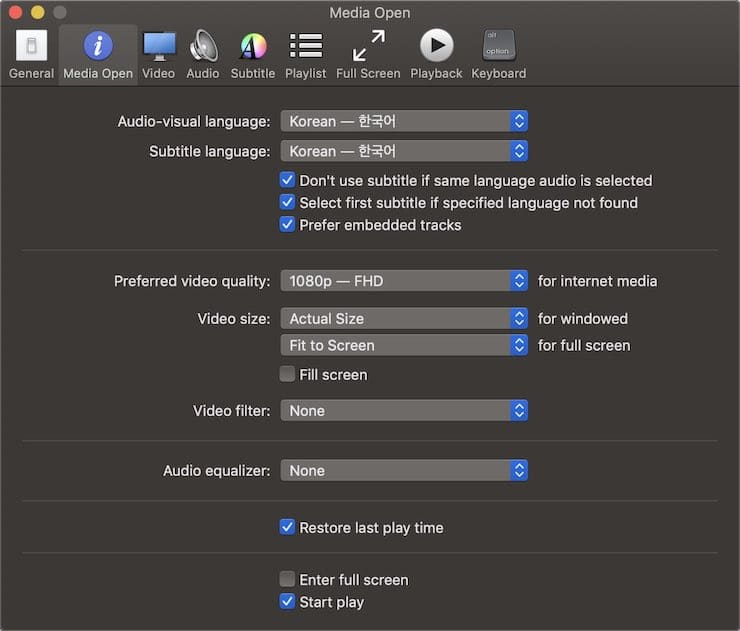 ♥ BY TOPIC: Shazam on Mac, or how to quickly recognize songs on macOS: 3 ways. 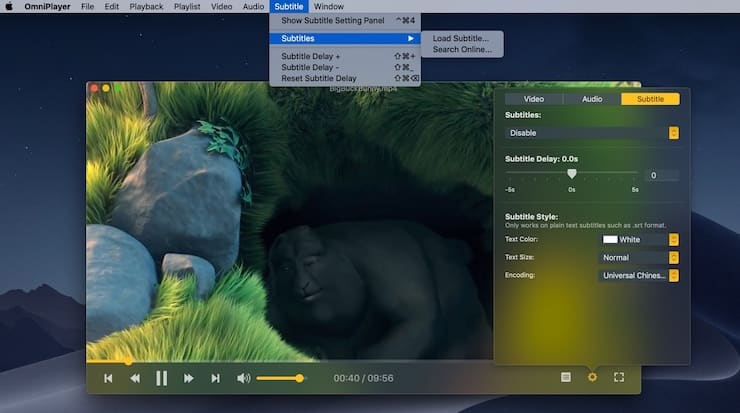 OmniPlayer is easily found in the Mac App Store if you start looking for video players for Mac. The application itself is related to its other counterparts, the ability to play various media formats and an abundance of functions. OmniPlayer will effortlessly play your 4K videos through the use of a hardware decoder. The app has quite a few options to control playback of both video and audio. The player supports subtitles. 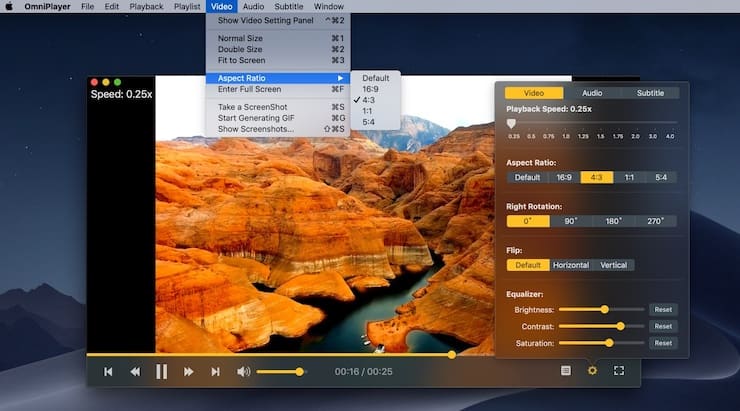 Pros and cons of OmniPlayer:

♥ BY TOPIC: How to Make Functional F-Keys on Mac Really Functional. 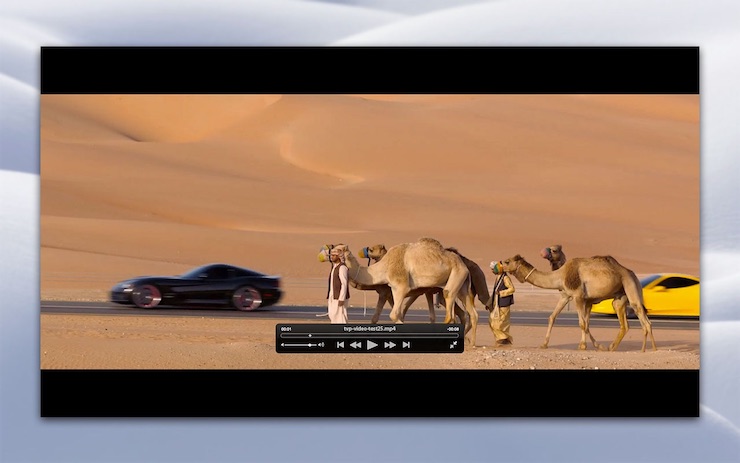 With Total Video Player, we are dealing with yet another universal video player for your Mac that can handle HD content. Here, too, there are important features that users want to see in their player. Total Video Player successfully plays AVI and MKV, thus acting as a good alternative to the standard QuickTime. But there is a whole list of useful functions in the application that allow you to process high-quality video and sound. It is worth noting the deep management of subtitles, as well as the creation of playlists for watching multiple videos in the right order.

♥ BY TOPIC: How to cast (cast) video from Mac to TV screen. 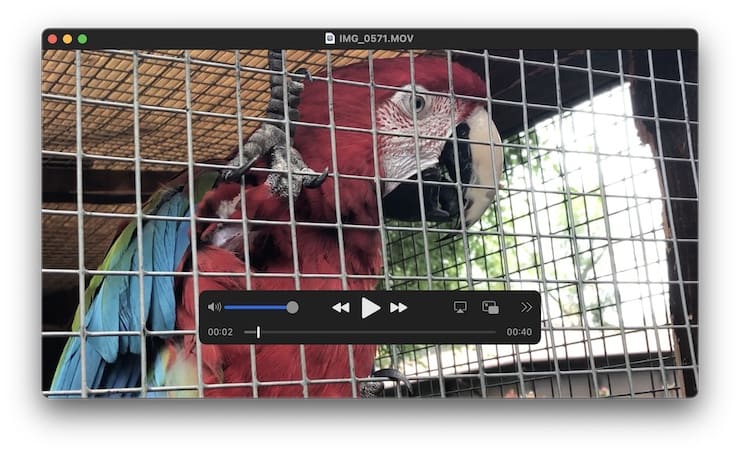 Finally, it is worth mentioning the video player that is installed by default on all macOS devices. This automatically makes the QuickTime app the most popular among its peers due to its affordability. The program does not need to be downloaded and installed – it is already present on the computer and plays media content by default. The main advantage of QuickTime Player is its full integration into the macOS ecosystem.

Pros and cons of QuickTime Player: