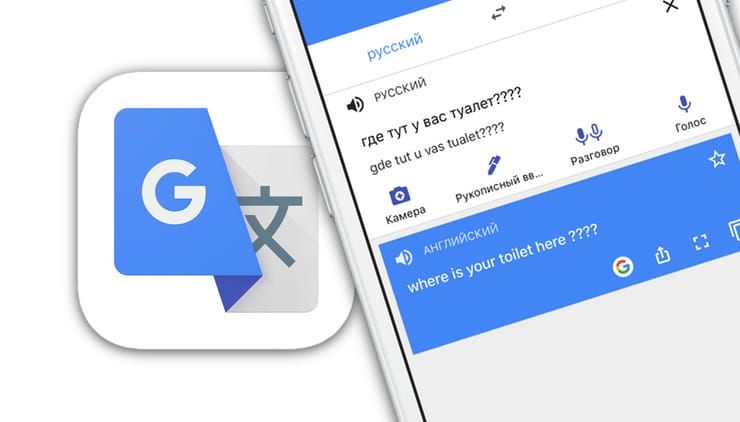 A few decades ago, the language barrier significantly limited the communication of people from different countries with each other, but today, in the era of globalization and the development of technology, cultural differences can be partially leveled by software methods.

A bit of history

Machine translation is one of the first large-scale tasks that was posed to engineers immediately after the creation of computers. It is noteworthy that the most demanded direction of translation was originally Russian-English, which allowed Americans to process textual information (including, of course, intelligence) faster from the USSR in the late 1940s and early 1950s. Work was carried out in the opposite direction.

Why Google Translate is the best today

Like 70 years ago, today the quality of translation depends mainly not on the skill of programmers working on an application, but on the array of data on which the neural network is trained. Naturally, no company in the world can compare with Google in terms of the volume of processed text information, and hence the quality of translation. In rare cases, highly specialized applications and services can compete with a Google translator, but for the average user, we can safely recommend Google Translate.

♥ BY TOPIC: How to speed up Windows 10, 8 or 7 by disabling unnecessary operating system services.

These are all common languages ​​and dialects of our planet, not counting the exotic spoken by two and a half African villages. That is, it will be very difficult for you to find a person on the Internet with whom it will be impossible to communicate through Google Translate. At the same time, 59 languages ​​are available for offline download (separately) and use without an Internet connection. 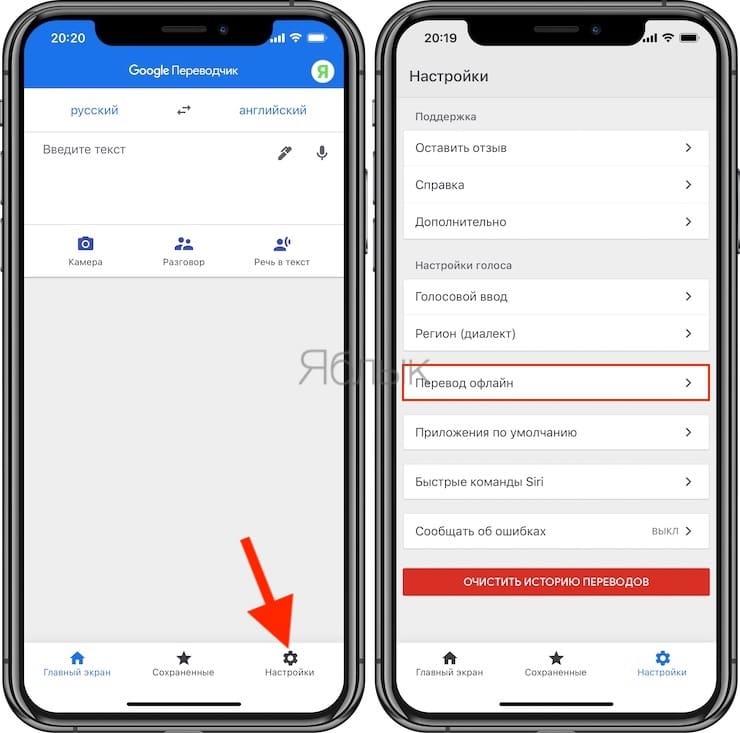 Then click the “+” icon and select the required language. 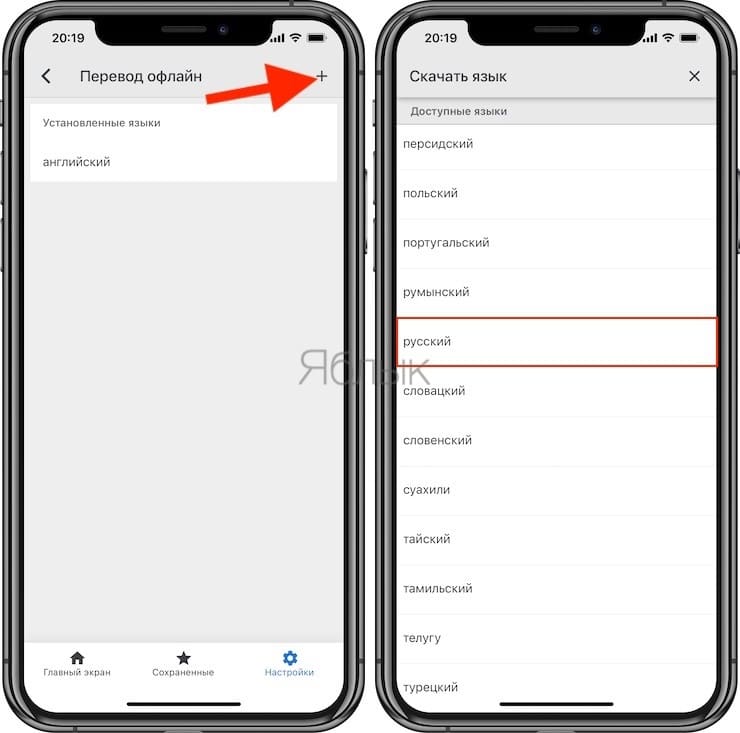 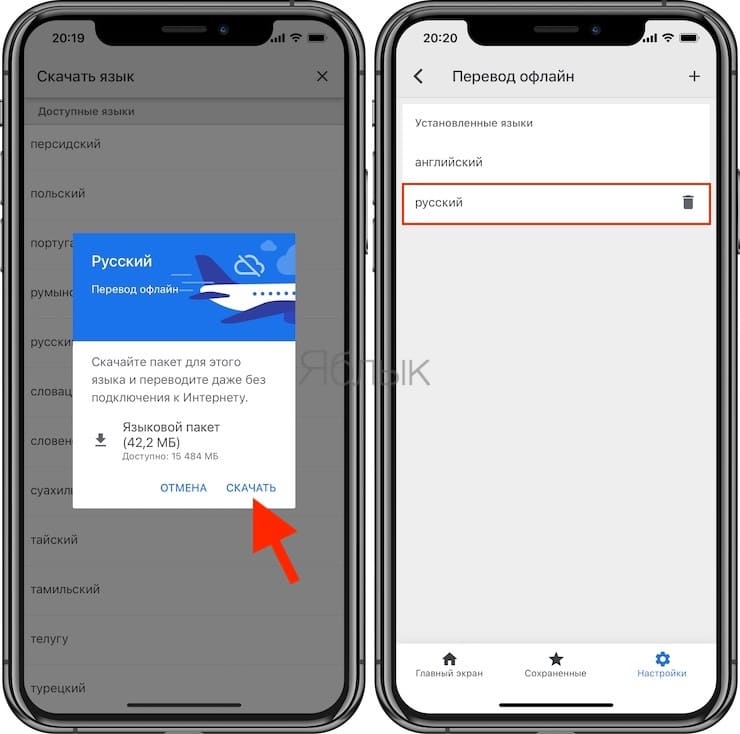 You can enter a word (phrase) either manually or by voice. To do this, click the microphone icon. 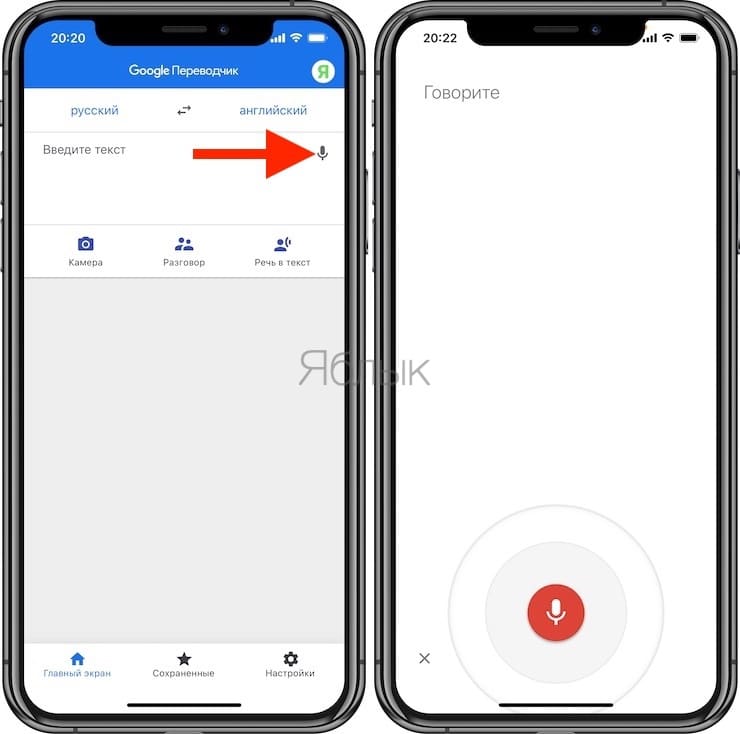 If necessary, the translated phrase can be read out by clicking on the speaker icon.

In addition, the translation can be enlarged to full screen by pressing this button. 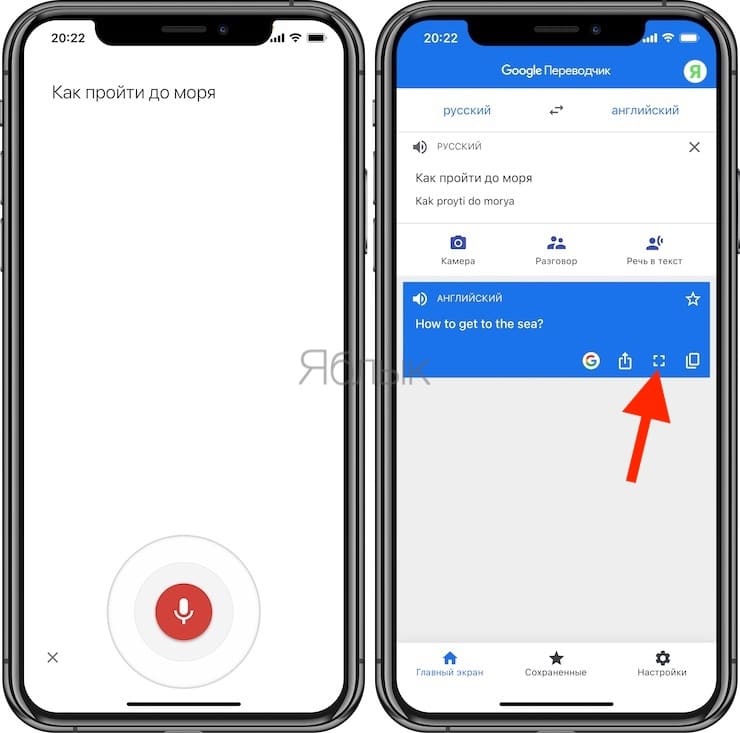 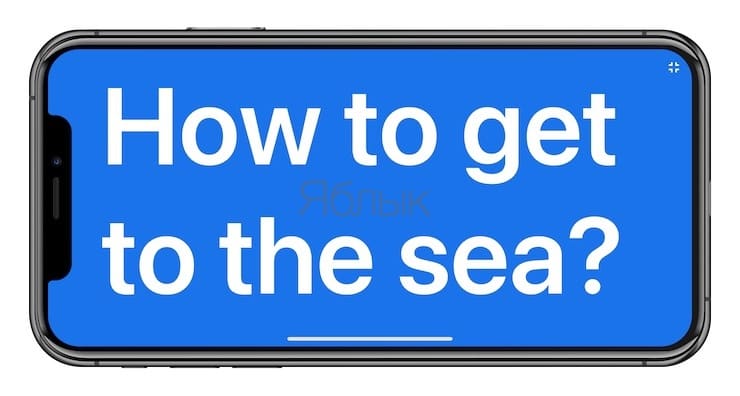 The program allows you to immediately translate the voiced text. To do this, click the icon Speech to textand then the microphone button and say the phrase. 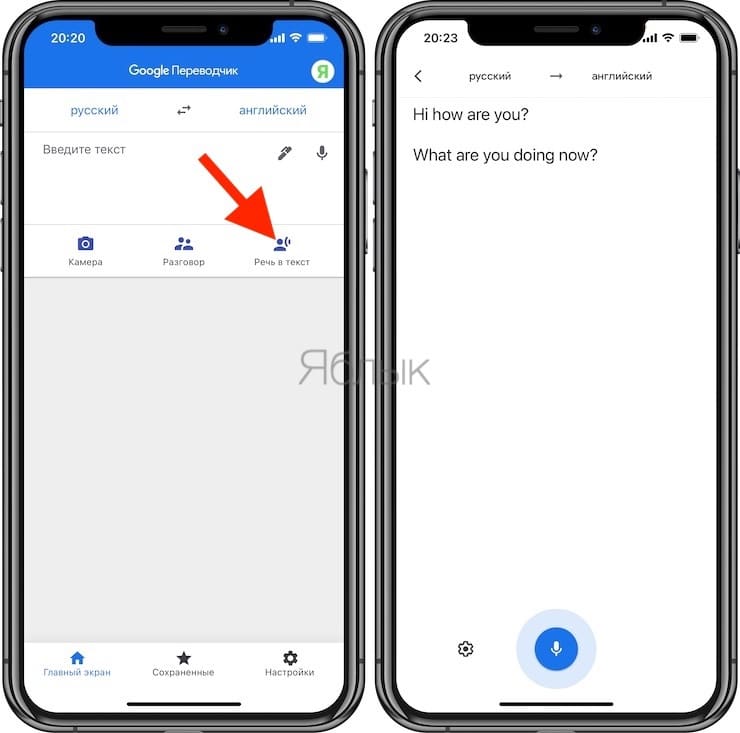 ♥ BY TOPIC: How to put on an iPhone or iPad a password of 4 characters (numbers) instead of 6.

If you go to a foreign-language state and try to communicate with people on the street, then instead of text input it will be much more convenient to use voice input. You say the phrase in your native language into the microphone of your smartphone or tablet, and Google Translate instantly responds through the speakers in the local language. Moreover, you do not need to switch the translation direction. The program will automatically recognize the spoken speech in the two selected languages. 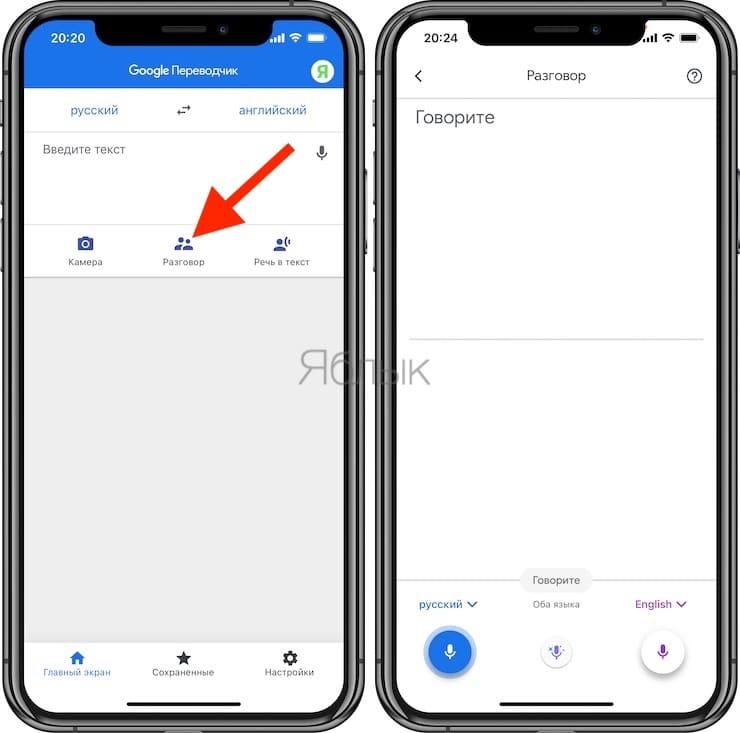 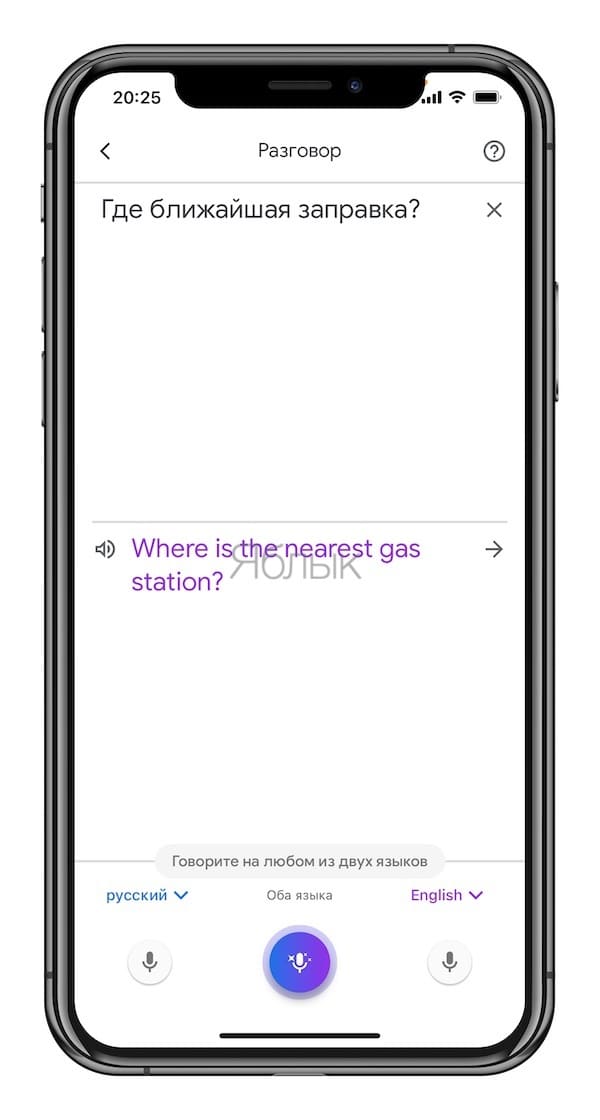 This translation is currently available for 71 directions, including Russian, English, German, French and other languages.

Translation from camera or photo into 37 languages

Another problem that a Google interpreter can solve is the translation of inscriptions, plates, signboards without text input. For example, when making a voyage in Asia, you don’t have to install all the necessary keyboards with hieroglyphs on your iPhone, you just need to point the camera at a sign with a Chinese or Japanese inscription, and the application independently recognizes and translates text from or into 90 languages. You can recognize the text on the uploaded image in the same way, or even draw from memory the characters you saw the day before (Google Translate recognizes handwritten text in 96 languages). 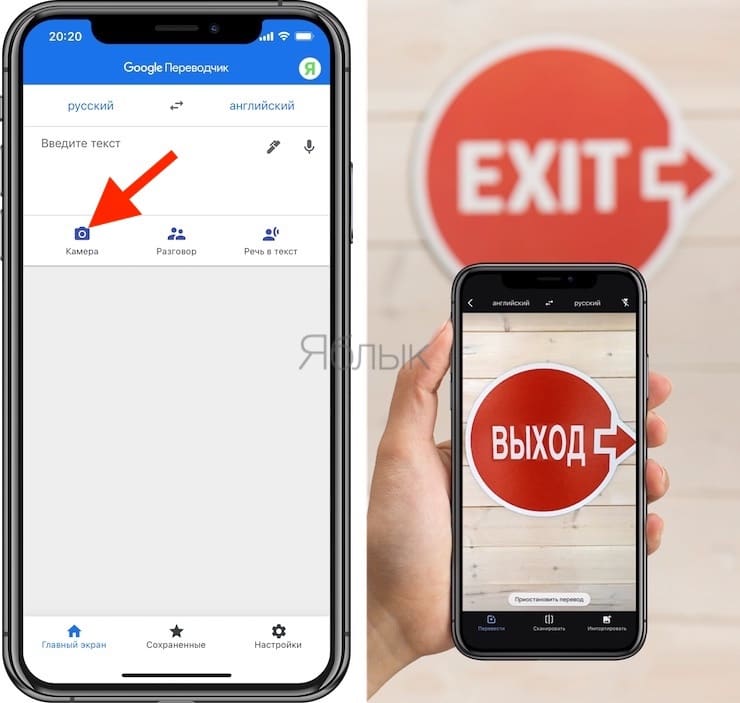 ♥ BY TOPIC: Translate to iPhone: How to use the built-in Translate in iOS.

Phrasebook – your own list of necessary words and phrases

It will not be superfluous to take advantage of the opportunity to create your own phrasebook. The application allows you to mark and save translations of words and expressions for future use. All languages ​​are supported. To save, press the star. All saved translations will be automatically placed in the tab of the same name. 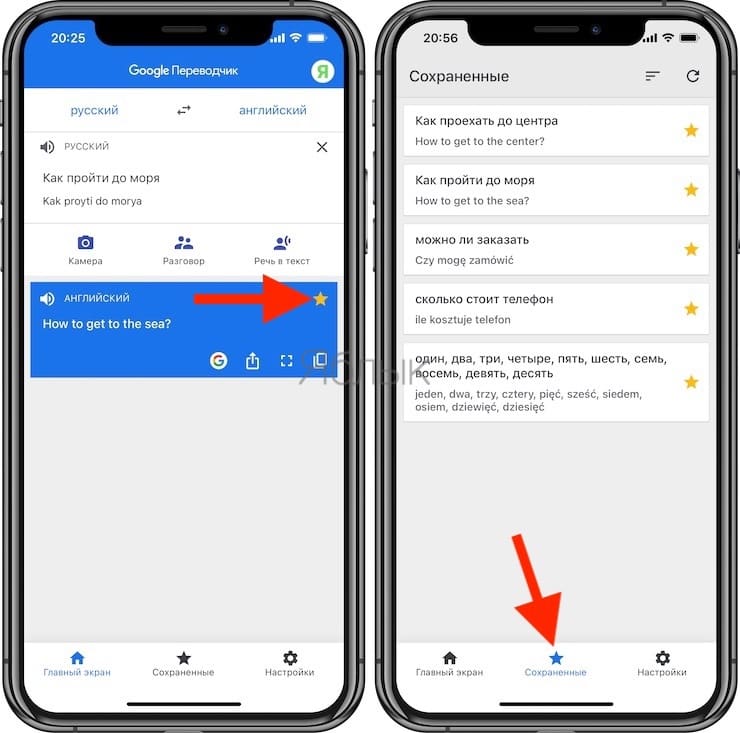 Just write your text by hand and translate it into any of the 96 languages ​​available. 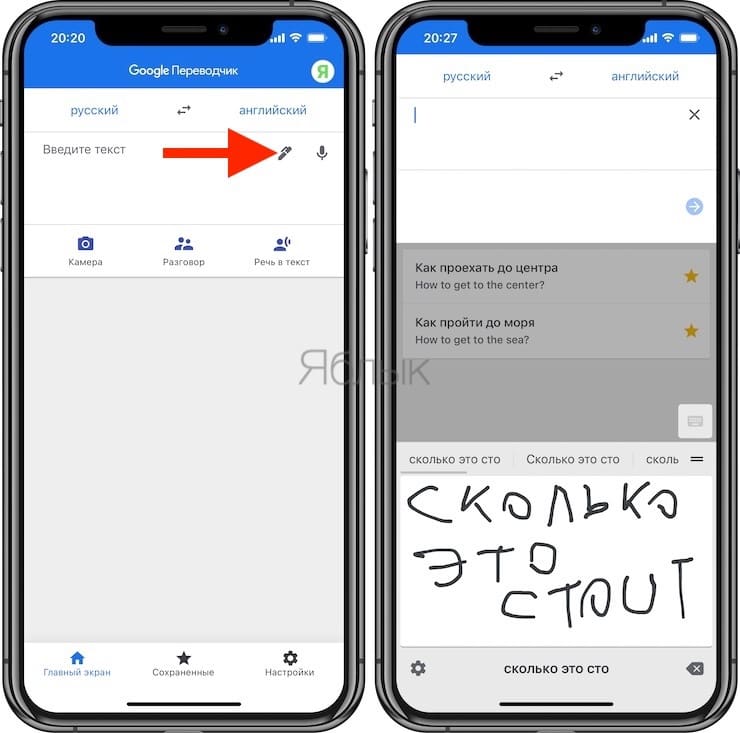 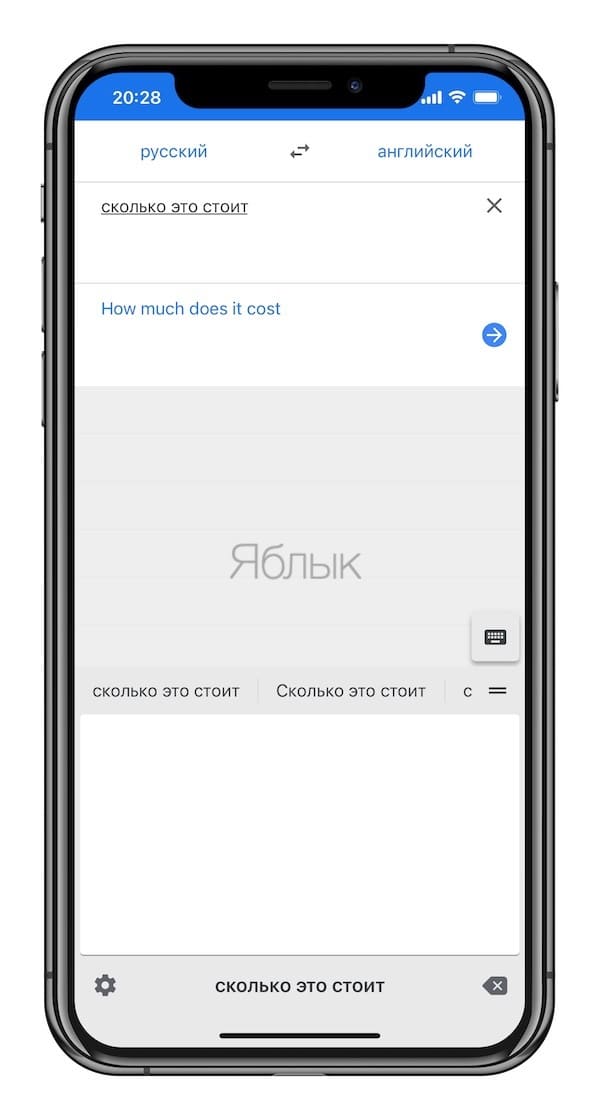 ♥ BY TOPIC: How to add music to Instagram Stories on iPhone – 2 ways.

It is very convenient to use the application even for a novice user, the interface is simple and concise, all operations are performed in several movements. At the same time, like most other Google services, the translator does not imply a waste of user funds and works completely free.