Studio Alawar Entertainment has become known for its “casual” projects, behind which the fame of unpretentious toys designed for inexperienced users has been fixed. ‘Cause when the exit of the puzzle was announced Beholder for iPhone and iPad, we didn’t expect much from this novelty. 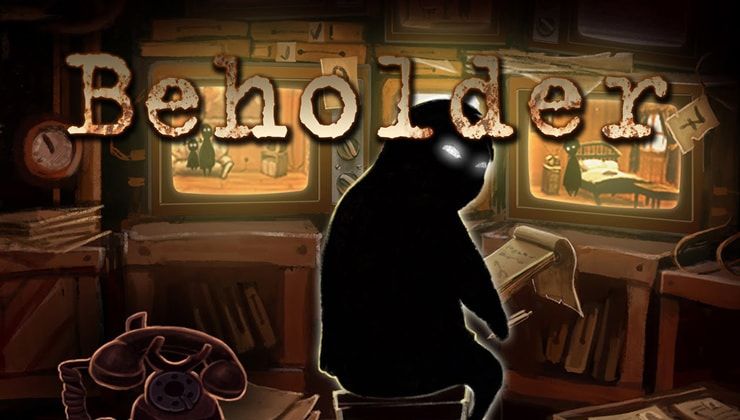 However, contrary to all forecasts, the developers have released a game that does not fit into the main line of their projects. Unlike the main products of the studio, Beholder turned out to be not just entertainment for the evening, the memory of which disappears immediately after the end of the game session, but a super-relevant at the present time a survival simulator in a totalitarian regime. 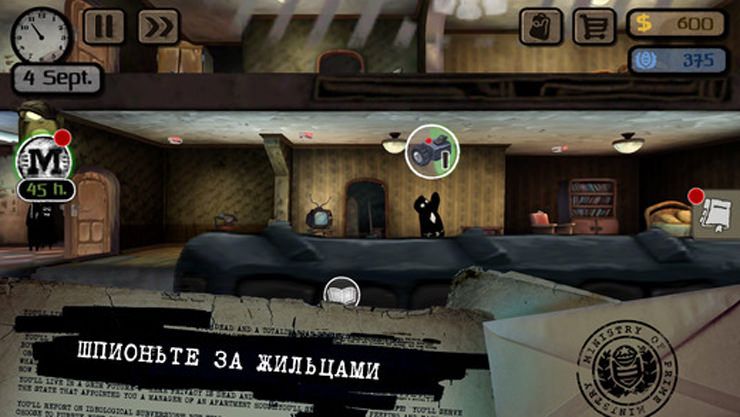 So, we have to manage a certain Karl Stein, a simple hard worker who suddenly got the position of house manager. When we move into housing, which turns out to be a basement with three “rooms”, we find an alarming picture: the predecessor of the protagonist is taken out of the room, put in a black car and taken away in an unknown direction. The authorities immediately warn that they will not tolerate violation of the deadlines and disobedience to his orders. This is where our ordeals begin in an authoritarian system.

Naturally, there were direct and indirect references to well-known dystopias, both literary and gaming. The game is set in 1984 (a tribute to Orwell), and some gameplay and design features refer to the Papers, Please and This War of Mine projects. Wherein Beholder is a completely independent product.

See also  How to change screenshots folder on Mac (macOS) 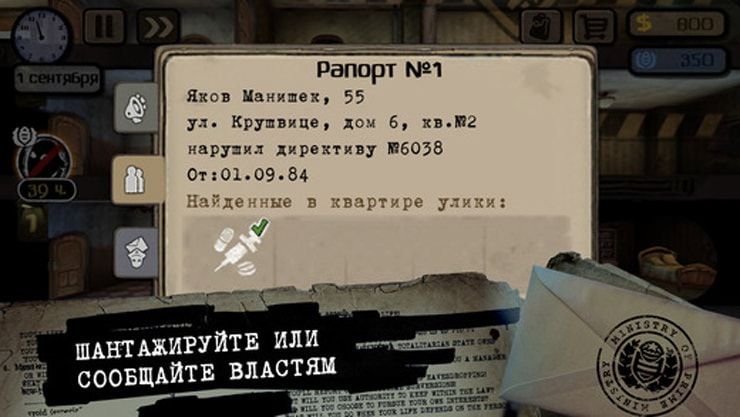 After settling in, we will have to serve the already settled tenants and look for new ones, but this is only a cover for the main activity: surveillance and identification of violators of the laws and rules of an unnamed state. That is, you will have to peep, write characteristics, denunciations, and sometimes substitute your tenants.

Extravagant decrees are stamped out by officials almost every day: it is either forbidden to wear blue ties, or ordinary apples are outlawed. For non-compliance with innovations – prison or execution. At first, the game seems simple to the point of disgrace: hand over all the violators and live as you live. But over time, the main character has a choice: to convey and earn credibility points or to help the guests for material rewards.

♥ BY TOPIC: Lumino City is a colorful and original puzzle game for iPhone, iPad and Mac.

And over time, money will acquire epochal significance: not only does our hero have a wife and children who need to be fed, they still sometimes get sick, which requires finance for treatment. Then the son will fall in love and he will need pocket money for walking with the girl, and later the daughter will become seriously ill. With each new trouble, Carl and we, along with him, will feel the dilemma of moral choice more and more acutely. 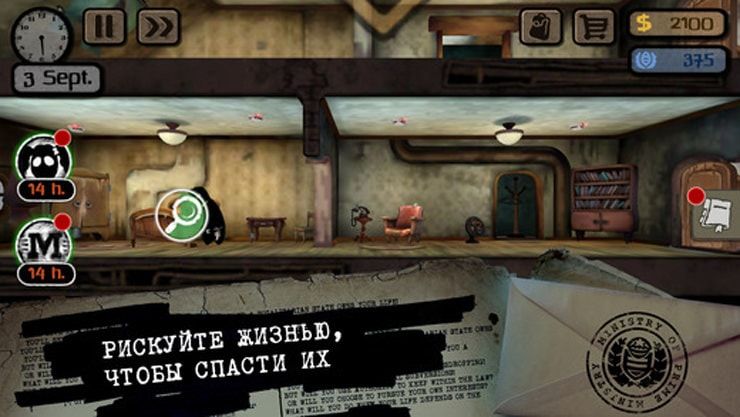 You might think that in the end it all comes down to obvious truths: do good and your good deeds will pay off handsomely. But Beholder does not slip into empty moralizing. As soon as we help the suffering, how it can become even worse. And now, after such unexpected turns, there comes a moment when solving the simplest tasks becomes an extremely difficult process, because in the end, the life of the hero himself or, even worse, his loved ones, may be at stake.

As a result, in order to save relatives, you will have to sacrifice the inhabitants of your home. To protect loved ones from death, Carl will have to personally buy prohibited goods and throw them into the apartments of the guests chosen by the user. And not the fact that even in this case, everything will end well.

♥ BY TOPIC: Don’t Starve is an atmospheric action-adventure game for iPhone and iPad.

In addition to improving the house, spying on its inhabitants, writing denunciations and reports, helping those in need, the main character will also encounter revolutionary-minded citizens. To hand them over to the authorities – to endanger the lives of relatives, to help rebels – to arouse suspicion among officials. How to act is up to the player himself. 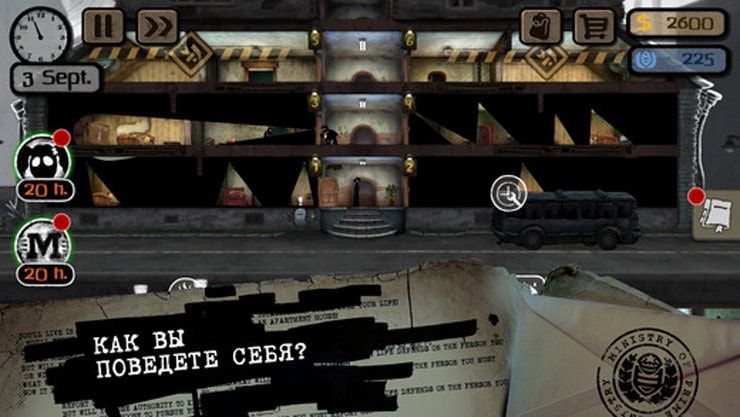 Primitive-looking gameplay on closer inspection will be the most that neither is hardcore. You won’t be able to beat the game the first time. And therefore we will reveal a little secret: the most important in Beholder are money. It is they who will become the guarantee of the life and health of relatives, despite the fact that as a result of the struggle for this illusory well-being, innocent people may suffer. The law of the jungle in action. Therefore, in order to obtain the desired resources, Karl will be forced to steal, substitute, write fake denunciations and engage in other bad deeds.

This whole process is complicated by the lack of tips, tags, notes and other auxiliary elements. Sometimes the player may even need to record some of the information received from the characters in order to use it later for their own benefit. And this does not bother at all, because all our activities have an excellent scenario basis. The design plunges even more into the abyss of totalitarian hell.

See also  DISCOUNT (599p → 179p) Dandara - a dynamic game for iPhone, iPad and Apple TV in the style of Metroidvania with unique mechanics

As noted above, the first time Beholder unlikely to pass. However, after several attempts, you can unravel the main secrets of the game and defeat it without significant losses. Not everyone will succeed, but it’s definitely worth a try.