Mastering the art of drifting, even in a virtual world, is not an easy task. Fortunately, the gaming industry offers quite a few games to hone your skills in Free Ride Mode. Absolute Drift: Zen Edition from the developers of Flippfly studio is one such project. Here you can try yourself in serpentine driving, jumping over plains and water surfaces, compete with leaders and even take part in night races. 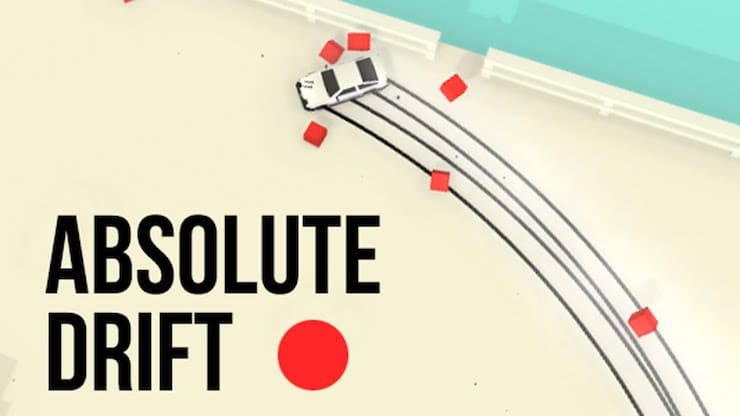 Perhaps, Absolute Drift: Zen Edition is one of the most difficult minimalist games. Despite the clear tasks and simple controls, the very process of the game will force you to strain. In the first minutes, you run the risk of crashing into fences or turning in the wrong direction, forcing you to restart the levels over and over again. Hold the gas pedal, steer the car with the control stick and press the emergency brake to drift – simple in words, but not so easy in reality. 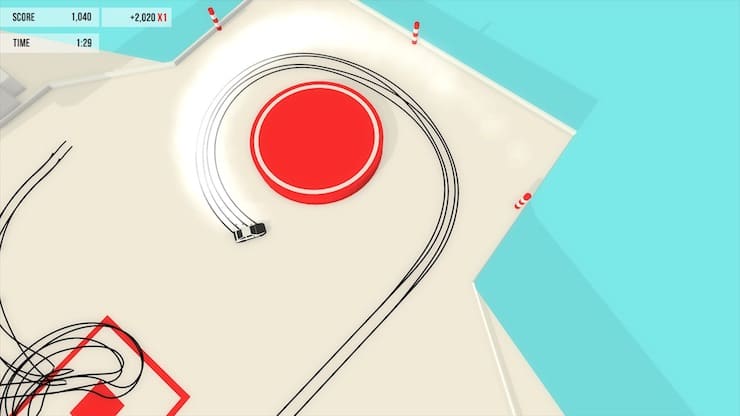 The game offers 2 game modes – Free-Roam and Events. They are both interconnected. For example, you can unlock additional events through levels in Free-Roam, or simply return to Events mode, which saves your progress in Free-Roam, instead of driving around worlds looking for a race you want to play again. 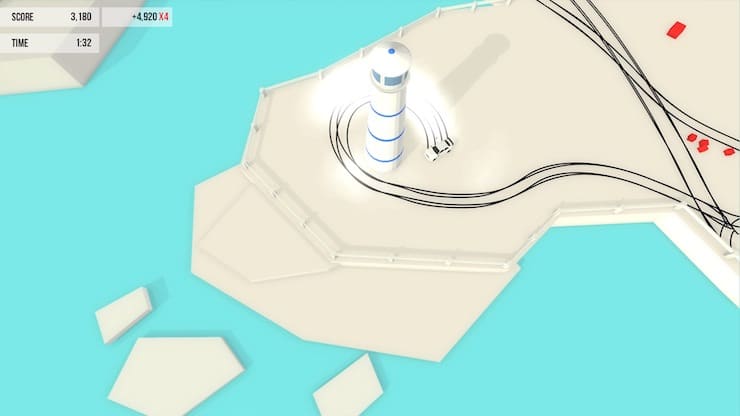 In Free-Roam mode, you race across “worlds” separated by inaccessible bridges. Completing certain tasks on one map will allow you to move on to the next. You can freely drift through the level and perform various techniques, for example, drift on a ring, between two poles, or “fly” over obstacles. In addition, various collectibles are scattered throughout the level.

ON THIS TOPIC: The best games for iPhone and iPad according to the Yablyk editorial board: 70 most-most. 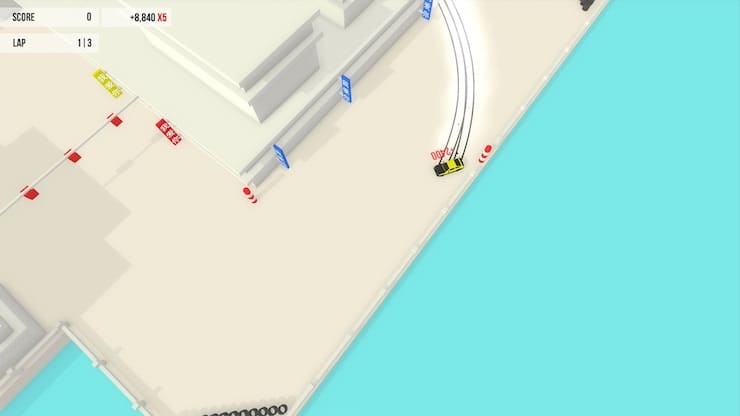 The world map has a kind of garages that take you to the drift track. You need to complete certain tasks on it: score a given number of points, achieve a specified score multiplier, perform some tricks either in a certain place or a given number of times, be in a drift for so many seconds, drift along a given trajectory, etc. complete all buildings in one go – you can return to some of them later. After each completed mission, statistics will appear on the screen showing where you are on the world leaderboard. 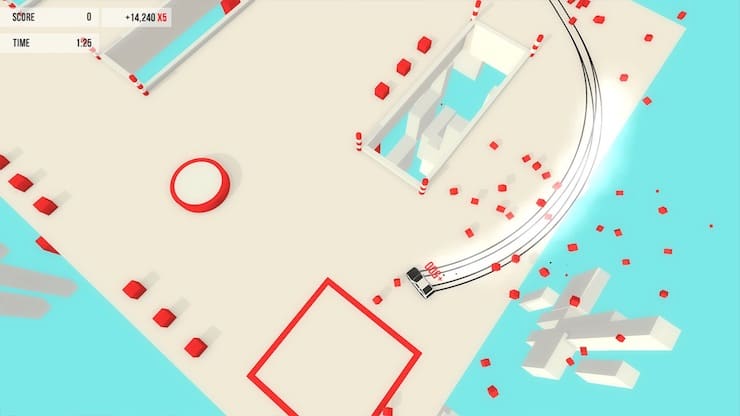 There are several cars to choose from. As you progress in the game, you can unlock more powerful cars. In appearance, the transport resembles popular drifting vehicles such as the Honda or Toyota Supra. If desired, the car can be repainted in black, white, gray, green, pink, orange and yellow, and several standard stickers are also available. 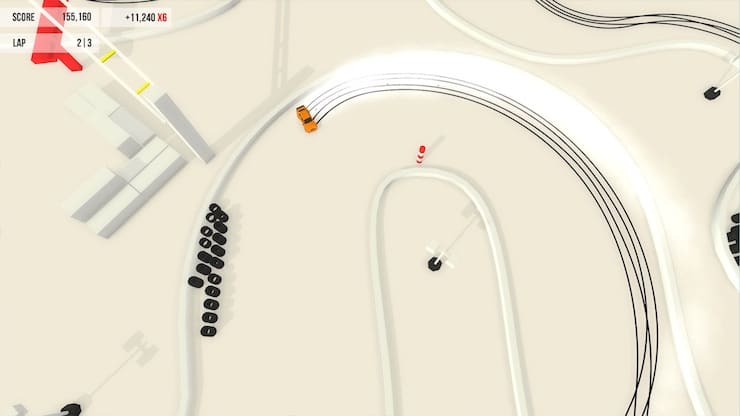 The sound design of the game should be noted separately. More than three hours of soothing electronic tracks (most of them with female vocals) fit perfectly into the atmosphere of the game, complementing the minimalist design. Visually, the project looks very elegant – all elements are made in white, gray and red tones, against the background of which the tire marks stand out sharply. Although the game offers very few car models, they look great on maps. 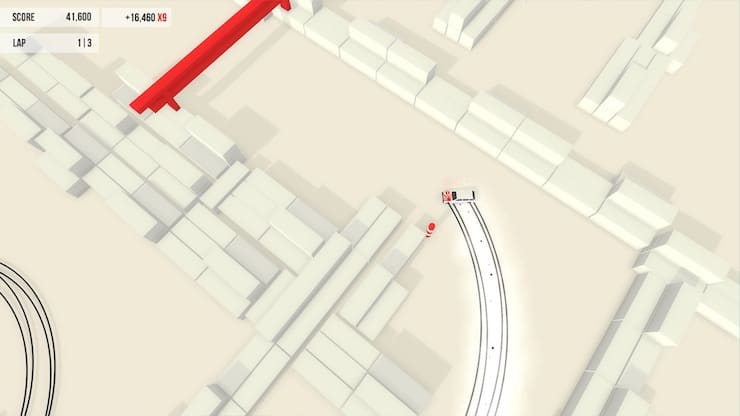 Absolute Drift is a challenging and addicting game with no indulgence. Learning all its nuances will take some time, but with the proper endurance and patience, you will learn how to perform such graceful tricks that you will forget about all previous failures. The combination of music and stylish, elegant game mechanics creates the perfect atmosphere for a relaxing game.

See also  How to uninstall apps on Apple TV: 2 ways

Absolute Drift: Zen Edition is available in the App Store for 279 rubles. To download it, you need an iPhone, iPad, or iPod touch running iOS 7.0 or later. The game includes support for Apple TV.