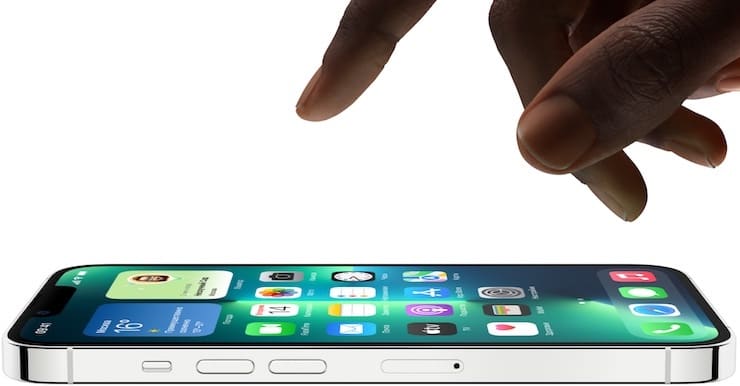 Finally, Apple has equipped its smartphones with the much anticipated and considered important function for modern flagships. Starting in 2021, representatives of the Pro line received a screen capable of operating at a frequency of 120 Hertz.

Unfortunately, the basic models of the series were deprived of this “feature”. Moreover, the beauty of the new function is that now the displays will adaptively select the frequency of their refresh – everything here determines the user’s work scenario. He is not even given the option of forced activation of the 120 Hz frequency. I must say that few liked it, but Apple is true to its principles – the technology itself knows best how to work with it. In the meantime, the disaffected called such a regime inferior, expressing doubts about the ability of the Cupertino company to innovate. Are they right and the promised 120 Hz is a myth?

What is the refresh rate of the screen?

Let’s first understand the terminology. The refresh rate is the rate at which the images on the display change to each other. The time intervals of the updates themselves are measured in milliseconds (ms), and the frequency is measured in hertz (Hz). When we talk about the 120Hz refresh rate of the iPhone 13 Pro and iPhone 13 Pro Max, it simply means that the picture on the display is refreshed 120 times per second. At the same time, do not confuse this parameter with the number of frames per second or fps. These are related terms, but they have their own differences.
Refresh rate tells us about the ability of the screen to play a certain number of frames per second, but fps is the number of frames per second of video. These values ​​will not necessarily coincide. In an ideal situation, a 120Hz display should show video at 120fps.

Both Pro Series screens can now operate at 120Hz. But at the same time there is an interesting feature – a special switch for this function is not provided in iOS – the display does not constantly stay in this mode. The operating system itself analyzes what is displayed on the screen and, based on the analysis of the content, decides how often the picture will be updated. As a result, the refresh rate of the Phone 13 Pro’s screen can vary from 10 Hz to 120 Hz. If the image is static or moves very slowly, the smartphone automatically switches the screen to a low refresh rate. If the image changes quickly, then the iPhone chooses the maximum refresh rates. This is controlled by the adaptive refresh mechanism.

How it all works can be appreciated in the video presented. It shows how the refresh rate increases with faster screen scrolling. But the interesting thing is that the peak 120 Hz is turned on only a few times during the shooting. Obviously, this mode, according to Apple, is far from always needed by users.

And there are quite logical explanations for why Apple does not allow forced switching on 120 Hz on a permanent basis. First of all, most of the time, the user doesn’t really need a 120Hz screen to work. Third-party apps supporting this display mode will not start appearing in the App Store until 2022. there are no supported apps at all. And the constant refresh of the screen with such a high frequency will clearly require more energy, which will negatively affect the autonomy of the smartphone. Problems with it in the 12th series led to attempts to solve the problem, so the issue of energy consumption becomes critical.

♥ BY THEME: Focusing on iPhone, iPad and Mac, what is it (detailed review)?

Why was such a refresh rate required?

Immediately after the presentation of the new iPhones, there were rumors that Apple was forbidding its developers from releasing applications that would support 120Hz screen refresh. The thing is that the company published documentation describing the technology only after the release of its new smartphones. These guidelines provide guidance to developers on how to properly use adaptive update mode. For example, Apple recommends using the maximum screen frequency when displaying special effects or drawing fast moving objects in order to smooth them. But the rest of the time, the screen frequency should not be at its peak.

The increased refresh rate will show itself optimally when the picture is active and at the same time constantly changing. This effect can be best appreciated when playing games or watching movies.

Hi, slow motion capture of the difference between the refresh rate of the iPhone 12 Pro Max (60Hz) and iPhone 13 Pro Max (120Hz)

And if the iPhone is still somehow used for games, then few watch movies on a small smartphone screen. Even the largest iPhone 13 Pro Max has a display measuring only 6.7 inches, while the rest of the models are even smaller.

♥ BY THEME: How to change the background of the Safari home page on iPhone and iPad.

Is there a real benefit to 120Hz on an iPhone?

Let’s be honest – more often than not, the user will not feel the difference in the screen operation at a frequency of 60 or 120 Hz. Sometimes this is not even possible. That is why you should not consider the adaptive screen refresh rate to be the very innovation of the iPhone 13 Pro and iPhone 13 Pro Max, just for the sake of which these smartphones should be purchased. Probably support for HDR content is much more important and obvious. But this function is present even in last year’s iPhone 12 mini, even more so in new products.

The emergence of screens with the ability to operate at 120 Hz cannot be ignored – this is another step in the development of the iPhone (this function has been present in smartphones of many other companies for a long time). But this stage can hardly be called revolutionary and fateful. You can compare this innovation in its usefulness with 3D-TVs, which appeared 15 years ago. Then it seemed like a really interesting opportunity, but it turned out that the new technology has more demonstration effect than practical. Perhaps something similar will happen with a frequency of 120 Hz on smartphones – we will just soon stop paying attention to this possibility or focusing on it.