macOS 10.15 Catalina can be considered one of the most unsuccessful releases of new Apple operating systems. Immediately after the release, she worked quite crookedly and unstably. Putting it on your main Mac wasn’t a good idea then.

However, until today, things have changed a lot. Catalina works as fast and stable as possible. It’s time to talk about most interesting update chipsto try immediately after installation.

1. Sync iPhone with Mac even without iTunes

You can also use Wi-Fi to sync iPhone and Mac.

What to do: open Finder and use the well-known sync menu that was previously in iTunes.

After connecting a mobile device to the Mac via cable, a special item should appear in the Finder side menu to switch to the synchronization section. The set of its features does not differ from what it was in iTunes.

If the gadget does not appear, you need to go to the menu “Settings”> “Side menu” in the Finder and put the “CD, DVD and iOS device” switch in the active position. There is a possibility that you turned it off long ago unnecessary.

2. Turn on the dark theme in the evening automatically What to do: open “System Preferences”, go to the “General” menu and select the option “Automatic” in the “Appearance” section.

Apple added a dark theme on Mac back in macOS 10.14 Mojave. Then on iOS there was no night mode yet, and with this step the company obviously wanted to test a new opportunity before a more massive release on the iPhone and iPad.

With the macOS update, the dark theme can be turned on automatically in the evening. What’s interesting for this is Apple does not offer to enter the time yourself to switch.

Instead, the system itself determines the duration for geolocation and turns on the night mode exactly when the sun sets outside the window. What to do: hover over the name of the folder and click on the “…” button that appears next to it – here select the option “Add people …” and follow the instructions.

Notes is an ultimate tool for recordings of absolutely any kind. After the release of macOS 10.15 Catalina, the application becomes even more convenient, and especially for sharing.

Previously, it was possible to open sharing for the use of only one note, but now it is possible within the whole folder.

This is, as an option, handy for sharing notes with family. You can make the “Family” folder, share it and add shopping lists, recipes, car maintenance records and so on.

4. Auto Play Live Photo in “Photos” will turn off What to do: set the Automatically play videos and Live Photo pictures to inactive position in the Settings menu> General in the Photos application.

The Photos application from macOS 10.15 Catalina, using a set of features, repeats the same program from iOS 13. The only thing that annoys it is automatic video playback and Live Photo.

It’s good that in the application settings there was a place for a switch that removes this new chip.

5. You can set the prohibitions and restrictions of “Screen time” What to do: “Screen time” can be found in the “System Settings” section – it works exactly the same as on the iPhone.

First, Apple has added the full equivalent of “Screen Time” to the Mac. Secondly, the company made this application for controlling the time of its gadgets multi-platform: it takes into account activity not only on a computer, but also on iOS.

There are also traditional restrictions on the use of content, which are useful if you want to configure your computer for use by a child.

6. You can display entries in “Notes” in the form of thumbnails What to do: use the special button with four small squares in the upper left corner of the application.

The new mode for displaying entries in the Notes folders turned out to be much more visual and accelerated work with the application. Give it a try.

7. “Reminders” can work when communicating in “Messages” What to do: select the option “When sending a message to the user” in the “Remind” section when creating a new task, and then determine the recipients.

Earlier in “Reminders” there were two options for triggering conditions: by time and by change of location. Updating the operating system brought a new one – when communicating in Messages.

You can now receive a notification when you start chatting with a specific person through iMessage. This will help you remind yourself to discuss some important topic, and it is unfortunate that this does not work in other instant messengers.

8. Authentication on Mac is possible with Apple Watch What to do: set a password for the Apple Watch, then put the “Use Apple Watch to Unlock Applications and Your Mac” switch to the active position in the menu “System Preferences”> “Security and Security”> “General” – in the end, confirm the authentication by double-clicking Digital Crown.

Previously, Applee Watch could only be used to unlock the Mac, and after installing Catalina, the watch will become an authentication method in other applications and services.

Using a clock, for example, you can unlock a password-protected entry in Notes.

9. You can search for members of the “Family Access” through the “Locator” 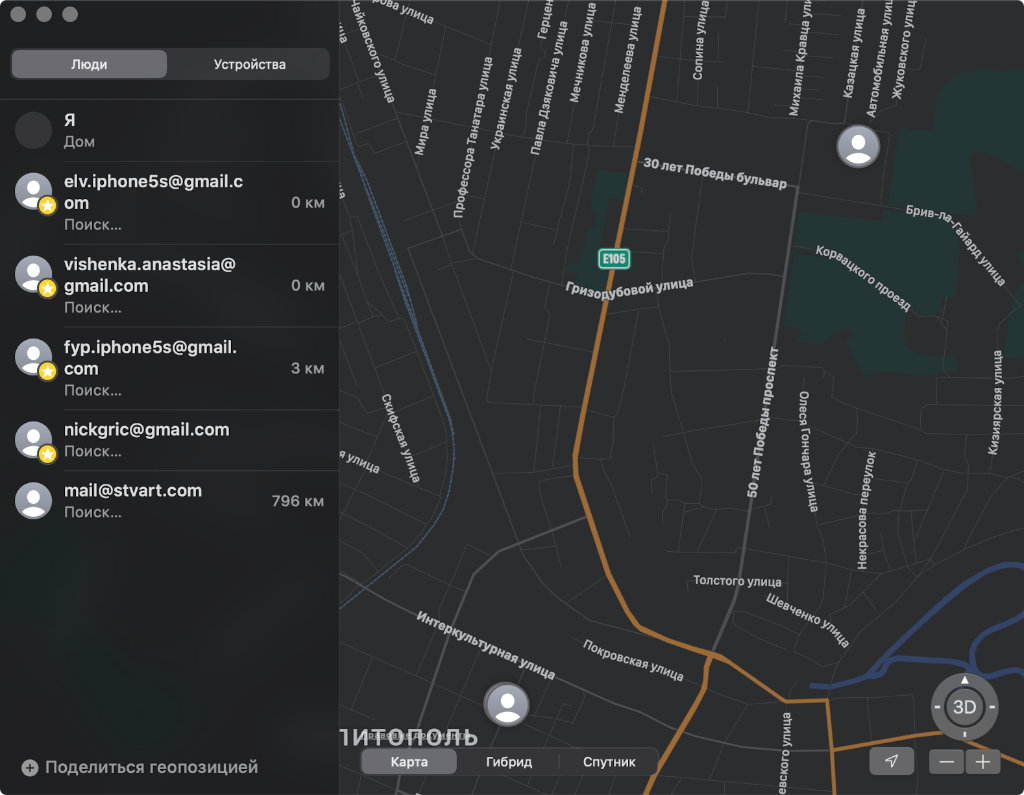 Using the Share Location feature, you can send it to the owner of your Apple ID without Family Access.

What to do: Open the new Latitude app and find your friends, relatives, or colleagues in the People menu.

The Locator app will help you not only find your lost device, but also find your friends and relatives by location. It is really convenient.

10. iPad cool to use as an additional monitor Apple recommends connecting the iPad to the Mac with a cable so that the tablet does not suddenly discharge, but you can also work wirelessly

What to do: To expand the Mac screen using the iPad, it turned out using the Sidecar function, which can be activated through the AirPlay menu.

If you have an iPad, it can become an additional monitor that can be used with a Mac. Now no additional software is needed for this, just install macOS 10.15 Catalina.