Xiaomi ecosystem: the best and most unusual devices of ZMI – the company that introduced us to power banks

Xiaomi ecosystem: the best and most unusual devices of ZMI – the company that introduced us to power banks 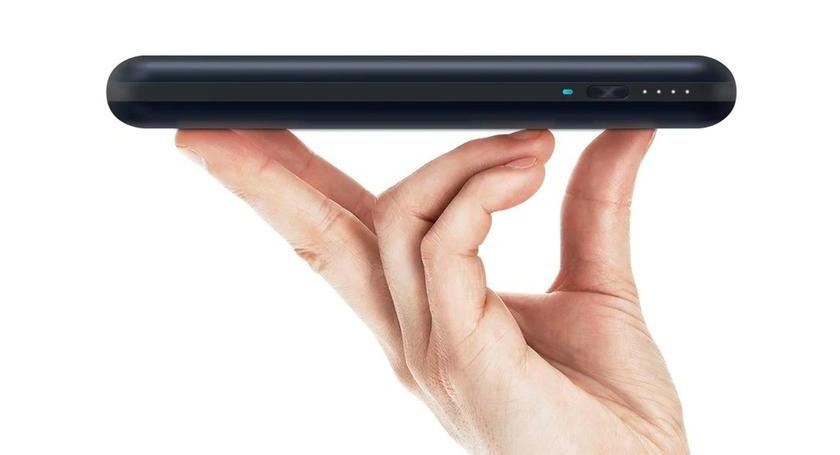 The ZMI technology brand is one of the core in the Xiaomi ecosystem. It appeared in 2013 thanks to the cooperation of Xiaomi with the Chinese industrial corporation ZIMI, founded a year earlier in the high-tech park of Jianyan city. Since its inception, ZIMI has been developing software and hardware for mobile devices. As a member of the Xiaomi ecosystem, ZIMI is developing in areas such as smart equipment and the Internet of things.

The collaboration of the two Chinese companies is not limited to the ZMI brand. ZIMI Corporation often acts as a contract manufacturer of devices on Xiaomi orders. For example, a mosquito repellent device was developed by Xiaomi engineers, manufactured by ZIMI Corporation and sold under the MI brand (the main Xiaomi brand). The device received the iF DESIGN AWARD Award. Note that this is not the only award; ZIMI products have been repeatedly awarded IF prizes, as well as Reddot, IDEA and G-mark.

Under the joint ZMI brand, external batteries (the so-called power banks) and related devices are manufactured: chargers, USB cables, batteries, etc. According to the company, its products are sold in more than 100 countries, and more than 100 million power banks were sold. The company sees its mission in creating simple, elegant, ergonomic portable charging solutions “so you never worry about a dead battery”. Or very briefly, “Be charged!”

Under the brand ZMI there are also unusual products. So, three years ago, the company made Travel Assistant – a push-button telephone with a router and a 5,000 mAh battery, from which other devices can be charged.

Information about the company’s technologies and products can be obtained on the corresponding pages of the Xiaomi ecosystem website and the ZMI company store on Aliexpress. The official ZMI website is in Chinese. Internet pages in other languages ​​are created by the sales representatives of the corporation (such, for example, is the Ukrainian ZMI website). The company has a subsidiary in the United States, which is engaged not only in distribution, but also in research. ZMI is in Twitter, Instagram and YouTube.

If you work a lot on trips, then you probably have a mobile Wi-Fi router – a device that connects to a mobile network and distributes wireless Internet to all your gadgets. ZMI engineers crossed such a router with a power bank and got a device that not only provides the Internet, but can recharge gadgets in the process. This gadget does not take up much space in the bag, its dimensions are 102x75x22 mm and weight 260 g. The kit comes with a short USB cable – microUSB, for storage of which there is a compartment inside the device. It supports fast charging, up to 15W when returning and 18W at the input, while the gadget gains full charge in 4.2 hours. To charge the power bank, standard Micro-USB is used, standard USB is installed at the output. To connect to a mobile network, we use a format map, we support 4G and 3G networks. A device charge of 10,000 mAh is enough to charge a smartphone several times while traveling. Powerbank has nine degrees of protection, including from increased voltage and current both at the input and output, from short circuit, from increased temperature, etc. The device exists only in black. Three LEDs are used to indicate operating modes, the rest of the information on the status of the device can be viewed in its settings.

If a capacity of 10,000 mAh seems unnecessary, or a white power router is needed, pay attention to the ZMI MF855. This is an older model, its capacity is 7,800 mAh.

This external battery can recharge several devices at once, including a laptop. Dimensions of the gadget 150x70x22 mm, weight 360 g. Powerbank can be charged via microUSB or USB type C ports, which can also work on the return. In addition to this connector, there are two USB outputs. The device supports fast charging (up to 18 W) both at the input and at the output, and when using USB type C it can give up to 27 W. End-to-end charging is possible: the power bank is charged from the network and at the same time charges other devices. To indicate the charge level, ZMI engineers built a small LED display in the gadget. In 3 hours, the device charges to 11,000 mAh, and a full charge takes 7 hours. Like the previous device, this power bank also has protection against increased voltage at the input and output, from short circuit and from temperature increase. Interestingly, this device is made in black. Its white counterpart has a different article – ZMI QB821.

Another external battery for 20,000 mAh, this time with the functionality of a three-port hub. The developers of the device believe that this device will be useful primarily to owners of laptops with a USB type C port, in which there are no classic USB. Such as the MacBook Pro. The gadget is equipped with three ports: one USB type C and two USB. The laptop can be connected to any port, and peripherals to two others. All connectors can work on recoil and support fast charging, USB – up to 18 watts, and USB type C – up to 45 watts. The USB type C port also serves to charge the power bank itself. A full charge takes less than 4 hours (at 45 watts). Two cables are supplied with the device: USB type C – USB type C and USB – microUSB with an adapter for USB type C. Dimensions of the device are 160x82x21 mm, weight 404 g. Four LEDs are used to indicate the charge level. Another LED is used to indicate low-current charging and hub mode.

The ZMI assortment has another battery concentrator, with half the capacity of 10,000 mAh. The ZMI QB910 has a stylish dark gray fabric finish. The dimensions of this power bank are 141x72x16mm, weight – 205 g.

Compact bright (500 lumens) flashlight that can shine for up to 60 hours and is not afraid of rain (water protection complies with IPX6). Of course, like most ZMI devices, this flashlight can recharge smartphones and other devices: a capacity of 5,000 mAh is enough to fully charge the phone once. When you press the power button three times, the flashlight starts flashing, sending the SOS signal in Morse code. To charge the device, a USB type C connector is provided, the output is standard USB with support for fast charging up to 12 watts. The delivery includes a short cable and a matte cap that allows you to get diffused light. This is useful for illuminating a tent while camping or a room in the event of a power outage.

The length of the flashlight is 137mm, diameter 28mm.

Charging with a maximum power of 10 watts is suitable for any Qi-compatible smartphones. To connect to the power supply, the device has a USB type C connector, the corresponding cable is included in the package. There is protection against the ingress of foreign metal objects such as keys, coins or scissors.

An external battery with wireless charging will be useful primarily for iPhone owners, as it has an MFI certificate and a Lightning connector. Nevertheless, it can charge any smartphones, and with support for fast charging: Qi-compatible – without wires (up to 10 W), and the rest – with a cable, via two USB ports (15 W) and one USB type C (up to 18 W ) The USB-C port can also be used to charge a power bank. In addition, you can charge the device through the already mentioned Lightning. Dimensions: 150x72x18 mm.

The advantage of this battery is its compact size, 127 × 69 × 12.7 mm and weight 177 g, which allows you to carry it not only in your bag, but also in your pocket. For charging the powerbank, microUSB or USB type C ports are used. It charges other devices via regular USB. Each channel supports fast charging up to 18 watts. The device has all types of protection inherent in ZMI products: from overheating, from short circuit, from voltage and current surges at the input and output, from overcharging the battery, etc. The gadget is made in white, black and blue colors. The kit includes a USB-microUSB cable.

This charger is equipped with one USB type C port and can be used to charge both a smartphone and a laptop equipped with an appropriate connector. The kit includes a USB type C to USB type C. The device uses the North American standard (NEMA 1) to connect to the outlet, and you will need an adapter to connect to a familiar outlet. The gadget has protection against overheating, short circuit and voltage surges. Supported fast charging with modes: 5V / 3A, 9V / 3A, 12V / 3A, 15V / 3A, 20V / 2.25A. The dimensions of the device are 60 × 57 × 28 mm, weight 100 g.

ZMI engineers have combined the car holder for a smartphone with wireless charging. The device is mounted on the grille (deflector) of the duct and is capable of tenaciously holding smartphones. At the same time, Qi-compatible smartphones also charge with a maximum power of up to 20 watts. The device uses a USB-C connector to connect to the power supply.

The car power supply is not included in the package, but if you wish, you can buy separately inexpensive charger ZMI AP821. Charging is available with two USB ports, the maximum power is 36 watts (18 watts per port). Supported by Qualcomm Quick Charge 3.0.

10. Cable for charging and data transfer

ZMI offers many different cables for all occasions: with different connectors, different lengths and colors. USB cables – Lightning will be appreciated by owners of Apple smartphones. They are available in three color options: black, blue, red and three sizes: 0.3 meters, meter and two meters. Cables are MFI certified, nylon braid, meter cable for convenience has a magnet.

Another MFI-certified cable. USB-C – Lightning. Withstands current strength up to 3A, is available in red and black, 1m and 0.3m long. The cable has a Kevlar fiber braid and magnet for ease of use.

The USB – microUSB cable with a black USB Type C adapter, 1 meter long, also has a Kevlar braid and magnet.

For those who want to know more