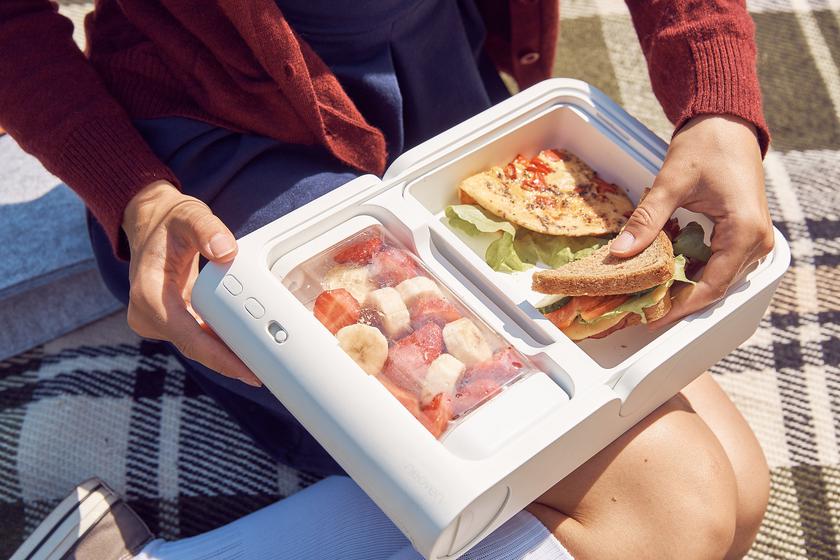 Ukrainian startup Neoven Electronics and his creation – compact oven for heating food – collected on Kickstarter is almost in 5 times more than planned – $ 89 thousand.

Neoven – it is a compact platform to which connects different modules. On the the choice is the module of the oven for heating food, a kettle, a refrigerator and mixer. also in the kit includes food containers, and for forks and spoons have a special compartment.

Neoven not takes up a lot of space, so her can take with myself on work on study in road or on picnic. For example, put in food container, and when the time comes – turn on the heating. Instead of a Neoven microwave in just 5 minutes will warm up your lunch.

Such same scheme of work and from other modules. True, the platform contains only one module or container.

Management takes place through the application on a smartphone. The device cover can be used in as a tray, and A nice case is provided for transportation.

This was the first pilot pre-order collection for device that spent on Kickstarter Neoven with one module for heating food cost $ 179, and complete set with all modules rated in $ 279

Initially, the developers planned to raise $ 20 thousand, and by the results of the company, the amount was much larger – $ 89 thousand. First deliveries planned for July 2020

In addition, the startup has already received offers on product distribution in 20 countries such as South Korea, USA, China, New Zealand, Holland, Germany and other

IN soon the company is preparing to complete the first investment round at the amount of 100 thousand dollars, when evaluating the company in 1 million dollars. The amount of investment will be directed to production and also the international start of sales of the device, in primarily on Amazon’s American site and from help of local distributors.