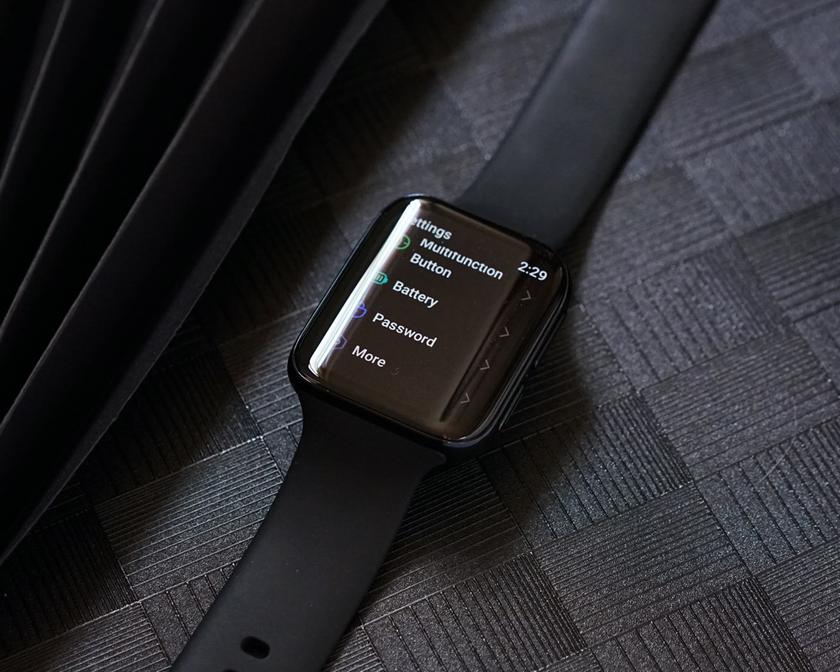 It seems that very soon, OPPO will present its first “smart“ clock. After the official images and renderings An Ice Universe insider showed how OPPO Watch (the name may be different) look live.

The watch really looks like Apple Watch thanks to its rectangular case. The edges of the display are bent with all four sides, and it looks great though bending on glass remains glare.

The gadget is shown in on state with settings section on screen. On the the right side there are two physical control buttons and a microphone between them. On the one of buttons there is an LED indicator that will prompt about missed calls, messages and other events.

In addition, the clock is credited with the ability to take an ECG, all the functions of modern heart rate sensor and sleep monitoring.