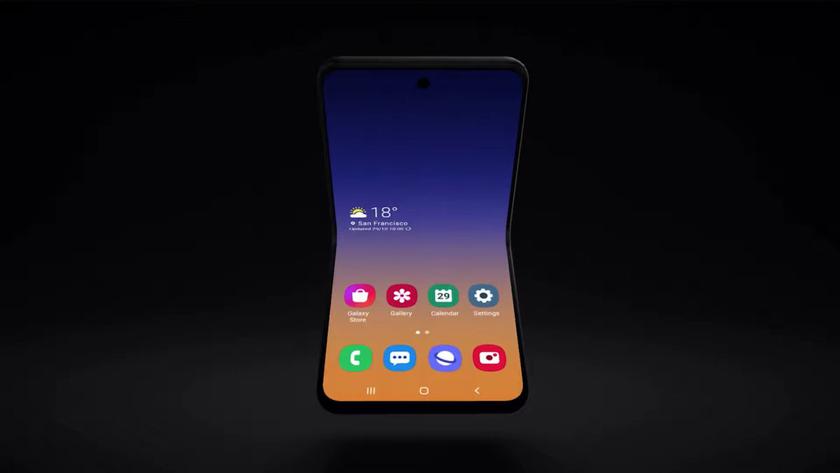 In a month, Samsung will introduce its new folding smartphone. Conditionally, it was called Galaxy Fold 2, but on in fact, the gadget will get a different name.

Insider Ice Universe today announced that the new product will be called Samsung Galaxy Z Flip. A here is the name of the Galaxy Bloom, under which the smartphone was presented on private meeting in the framework of the exhibition CES 2020 – just a working one.

Ice Universe showed a poster with device name but no more details told.

By rumored Galaxy Z Flip will be shaped “folding beds“ and will receive a Qualcomm Snapdragon 855 processor (so that the smartphone is not too expensive), a large flexible display, and also a small screen that will display useful information when the smartphone is in folded state. Instead of a plastic protective coating for the display, there will be glass.

Recall Galaxy Z Flip will present with flagships of the Galaxy S20 family on Galaxy Unpacked 2020 event on February 11th.