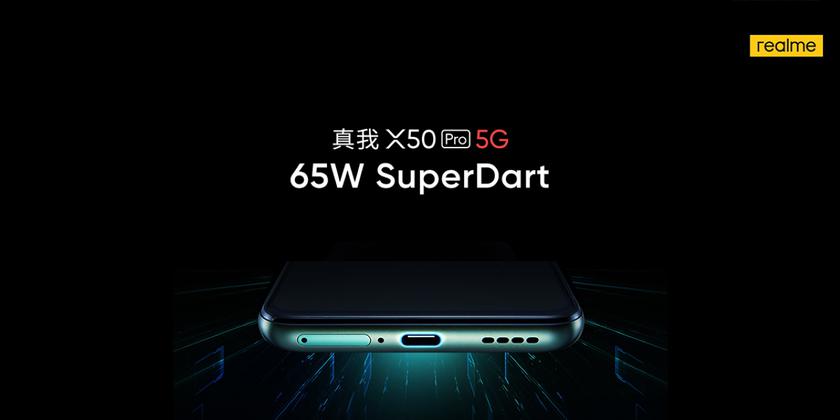 The head of the OPPO sub-brand, Madhav Sheth, revealed an interesting feature of the new flagship smartphone Realme X50 Pro.

According to a published post on Twitter, the device will receive support for proprietary charging technology Dart Charge at 65 watts. She will not heat the smartphone and will be able to charge the battery at 4500-5000 mAh in about 20-30 minutes. By the way, the Xiaomi Mi 10 Pro introduced yesterday has fast charging power of less than 50 watts.

Recall that the Realme X50 Pro is also credited with a display with a hole for a dual selfie camera and the top-end Qualcomm Snapdragon 865 processor with a modem for the fifth generation network.

Due to the fact that GSMA canceled the exhibition MWC 2020, the flagship of the company will debut at a separate event in Madrid on February 24.