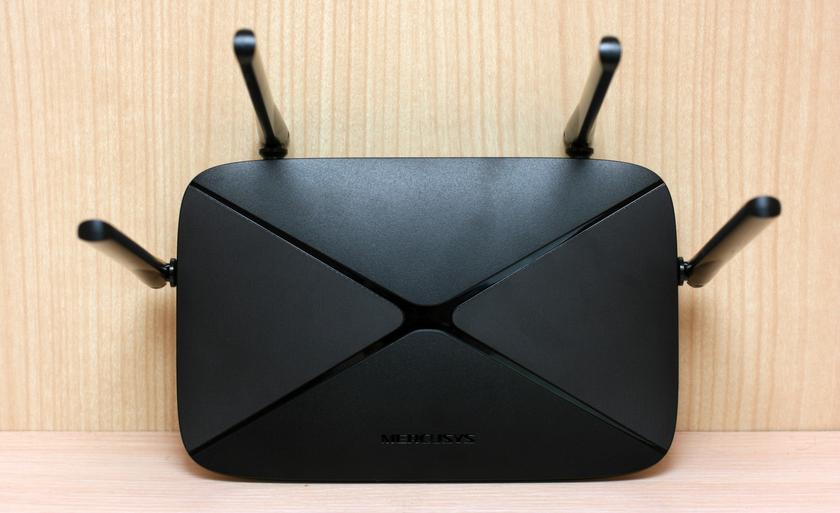 Today we have another excursion into the world of devices designed to justify every dollar invested. In contrast to the cosmically expensive and prohibitively powerful home Wi-Fi routers, there are also “workhorses” without special claims that simply perform their functions well.

Mercusys AC12G is a simple and affordable gigabit Wi-Fi router with AC1200 standard. It carries 4 Ethernet ports on board, supports the 2.4 and 5 GHz bands, theoretically they should aim at speeds of 300 and 867 Mb / s, respectively.

How is he interesting?

The fact that this is the most affordable model on the official Ukrainian market, having such a set of characteristics. More recently, it was at the forefront of technology and cost tangible money, and today it appears in the budget segment even in such a conservative product group as routers. That there were no arguments against the update.

What is in the box?

Spartan equipment: router, power supply and cable for Ethernet-connection. Well, another instruction and warranty card. The packaging itself is also without any complaints, we are here not a fashion device, but a workhorse brought.

It looks good, by the way.

The practical surface of the cover made of matte black plastic is revived by a glossy insert in the form of two intersecting diagonals.

There are four antennas, two of them protrude on the sides of the device and two more grow from the back panel. Each antenna can rotate 90 degrees relative to the plane of the body and rotate along its axis.

Four ports for connecting network cables are located behind, one of them is an “incoming” WAN. Nearby there is only a power connector and a reset button. Ethernet connectors are deployed “reeds” up, not down. This is not a very convenient solution; disabling the patch cords is a little prevented by the protrusion of the housing cover.

The lower side looks simpler, there is a light gray plastic with a “strainer” of small holes. There are holes for hanging on the wall, it is very convenient, but for some reason not all manufacturers of routers think so.

How to connect and configure?

We plug the device into a power outlet and connect the Internet source to the WAN port. After that, we connect to the device using the SSID indicated on the sticker at the bottom of the case. Or by cable, if we carry out the configuration from a computer via a wired connection.

The setup wizard, traditionally for Mercusys, is available at http://mwlogin.net, and here we go first. To get started, just set a password, select a network type and name your access point. The procedure is no different from setting up other Mercusys routers.

Mercusys AC12G – the device is quite utilitarian, but the settings under the hood are not so small. In the basic settings mode, you can see the lists of connected and blocked devices, connection parameters, as well as passwords and “switches” to wireless networks of both ranges.

Much more opens in the “Advanced Settings” section. Here we are offered to reconfigure the WAN interface, DHCP and DNS. You can bind client IP addresses to specific MAC addresses, change or clone the MAC address of the router itself. There is a section with IPTV settings, where for the IPTV itself, as well as VoIP and the Internet, you can assign separate LAN ports (for manual configuration, select the Custom mode).

The same settings sections are devoted to wireless networks in each of two ranges. Name, password, channel and its width, mode, power, guest network – all this is configured here. Traditionally, Mercusys has a parental control section. Here privileged devices and time are selected, by hours and days of the week, when all other devices will be allowed to use the Internet. If this is not enough, then at your service black and white lists of devices in the next section of the settings panel.

In the “Advanced” section, you can configure a virtual server (by going to the Internet port from a local device), activate the DMZ node, play with the routing and DDNS settings. There is also a default NAT Boost feature.

Each settings section is equipped with detailed hints that appear by clicking on the circle with a question mark.

Firmware update occurs only from a file, in 2020 it looks old school harshly. You can save the router settings to a file, or load them from a previously saved backup. There is a system log, as well as ping and tracert diagnostic utilities.

What is the speed?

The AC1200 standard itself assumes the maximum possible bandwidth of the router up to 1200 Mbps total in all wireless ranges. Of course, this is a ceiling that can only be achieved in laboratory conditions.

We, as usual, will try to test the device in conditions as close as possible to domestic. And in everyday life smartphones are crowded with desktop computers; we cannot ignore this fact. Therefore, we take a couple of smartphones, launch a TCP server and a client on them, conduct several data exchange sessions, then change roles by devices, repeat the experiment and average the data.

According to the results of such a test, the real data transfer speed from smartphone to smartphone averaged 42 Mbit / s in 5 GHz mode and 22 Mbit / s in the good old 2.4 GHz band. As usual after such tests, it is sobering far from the references, but I focus on the fact that this is an average speed. Inside it lies vibrations associated with different devices used, different distances to the access point, different times of day and the load on the surrounding network. At the peak, when exchanging data between wired gigabit and wireless devices, you can catch 300 Mbps.

A separate issue concerns the stability of work under load in conditions of heavy traffic from multiple devices. At the household level: the Internet works fast and does not lag, and your fighter in Brawl Stars does not stupid and does not lose (the latter, however, depends not only on the router). During testing AC12G did not hang and did not show a tendency to overheat, the case remains a little warm even under intense loads.

In the dry residue

Mercusys AC12G has proven to be a simple and reliable tool for distributing home Internet. With a retail price of about 850 UAH, it is close to AC750 routers, which, judging by the tests, really outperforms wireless performance. In addition, it offers gigabit wired connections, which still remain largely the prerogative of more expensive devices. The downside of these buns is minimalism in the controls, the lack of USB ports and still not a record performance.

3 reasons not to buy the Mercusys AC12G

One of the most affordable routers with support for AC1200 and Gigabit Ethernet. Easy to set up, modest in appearance, practical to use. The budget is given by the lack of USB ports and a rustic design.

For those who want to know more