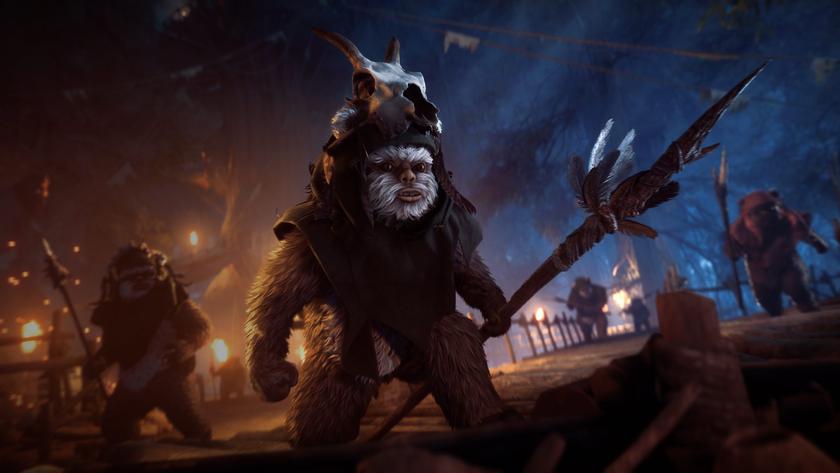 DICE told more about the new addition to Star Wars: Battlefront 2 called Age of Rebellion, due out on February 26th.

DICE dedicated Age of Rebellion to the cooperative part of Battlefront 2. After the update, players will be able to participate in battles in Yavin, Death Star 2, Endor, the planet Hoth, Tatooine, Kessel and in the Jabba Palace.

Along with new locations, ewoks will also drop into the game. Ewok the Hunter will receive a bow as a weapon that does not betray the presence of a fighter on during shooting. Players will be able to shoot both “from the hip” with automatic aiming, and aiming with manual guidance. The second method not only improves accuracy, but also damage.

Ewok soldiers are also equipped with the Valiant Horn ability, activating which soldiers will receive bonuses for armor and damage.

Empire squad will replenish ISB Agent, armed with two blasters . The fighter is most effective in the middle and near range. On the battlefield, an agent can use the Assault Training ability, which increases running speed and defense.

The ISB Agent also has Imperial Intelligence in its arsenal. By activating the ability, the agent marks the four closest enemies, and the number can be increased by killing enemies during the ability.

DICE also decided to please fans of Heroes Vs. Villains adding MC85 Star Cruiser and Star Destroyer to the list of available maps.

You will learn more about other changes regarding performance and convenience on the game forum.